Do you know Wolf Save Poor People? 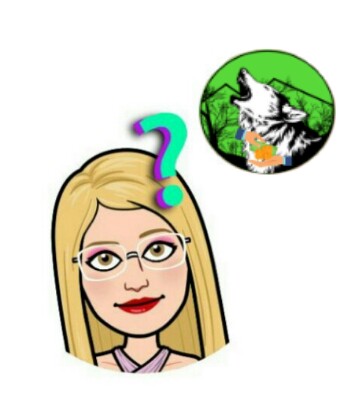 How many cryptocurrency projects are there nowadays, it really seems as many as there are stars in the sky, but only a few of them are trusted by investors and crypto enthusiasts alike. Much of humanity is in search of that altcoin that will eventually become the "new Bitcoin", i.e. a project that starts with a low cost and over time rises steadily in value like Satoshi Nakamoto's trusted masterpiece.

So far that ideal altcoin is not capable of shaking the absolute supremacy of Bitcoin, although that does not imply that every day interesting projects come to light that aspire to achieve greatness as more people adopt it. Such aspiration is intended by the project called Wolf Safe Poor People (WSPP), designed to become the space where the unfortunate of the world will be able to overcome poverty.

Yes, it seems that such an objective, although laudable, is a task full of good intentions disguised as a totally feasible project. To begin with, this Wolf presents itself as the cryptocurrency capable of overcoming inequality on the planet by acquiring its WSPP token directly in Binance Smart Chain. Likewise, this token maintains a supply of 50,000,000,000,000,000,000,000 units which will be distributed as follows:

Under this system the developers will distribute the proceeds among various programs dedicated to helping poor people around the world. WSPP also states that in this way the world's poor will join an ecosystem that will make it easier for them to get out of their precarious economic situation, helping each other in their struggle for inclusion in the world of the rich (okay, not so much).

So by relying on a four-way system composed of its own cryptocurrency, an exchange, an investment system for donations and an e-commerce platform Wolf Salve Poor People aims to become the favorite of at least 90% of the world's population, i.e. the world's poor.

Considering the fact that the vast majority of the world's poor do not have access to electricity and much less to the internet, they do not have the resources to buy a smartphone. Another detail to take into account is the fact that blockchain technology, cryptocurrencies and decentralized finance (DeFi) are not familiar terms for the people who compose the most difficult side of society.

Moreover WSPP does not address the issue of entrepreneurship or integrate its crypto into a model that stimulates the real economy, it simply seeks to be a sort of benefactor that distributes cryptocurrencies around the world like a Robin Hood 2.0 of the digital age. It is worth mentioning that at the moment WSPP is trading at US$ 0.00000202, placing this token among the fastest growing in the market capitalization.

Necessary to say that the information presented here should not be considered as a form of advice or recommendation to invest, know then you as interested in this and any other project that before involving your savings should have as much knowledge as possible, in this way you can distinguish whether your object of interest is safe or high risk.