What is Blockchain? Simplest Explanation of Blockchain Technology Ever

When I asked someone What is blockchain, he answered me - It's Bitcoin! This is not his fault. I also thought the same when I first heard about Blockchain technology. Truly speaking, I wasn't fully clear with the term "Blockchain" even before some days. I am assuming that you are also a newbie like me in this field. So I will try to discuss about blockchain at beginner level. 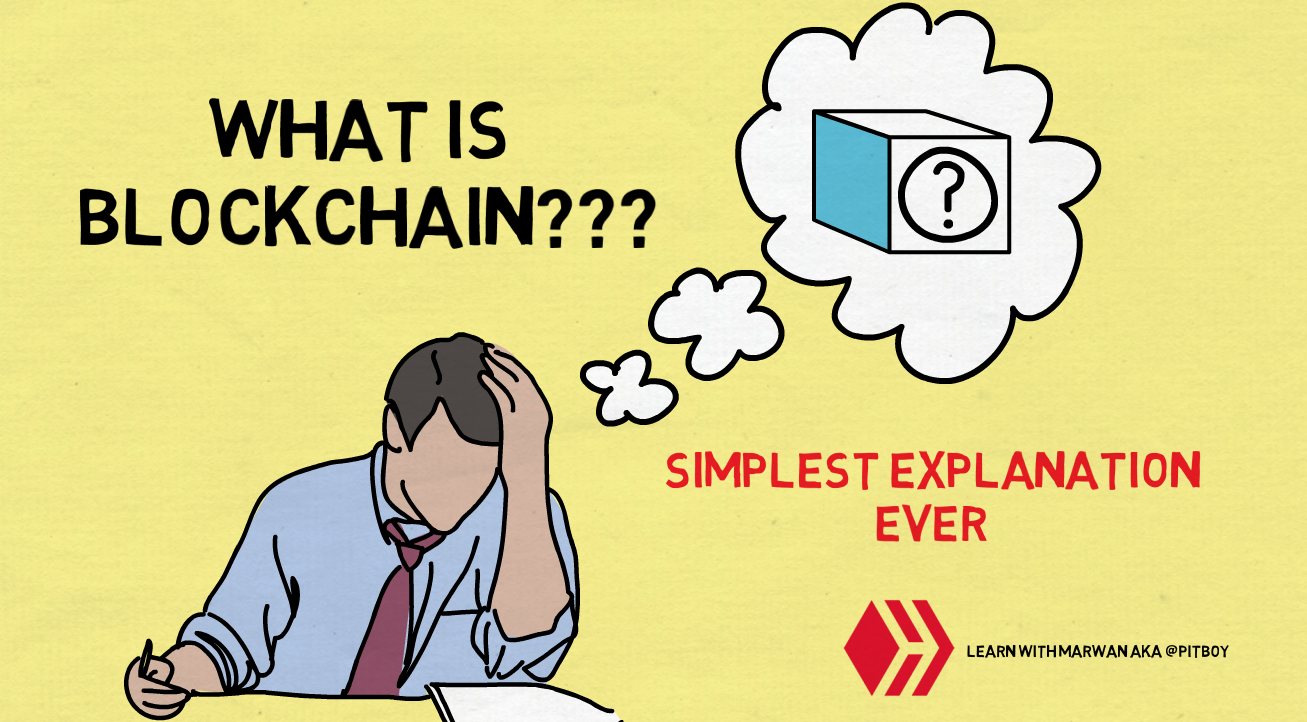 Blockchain??? What is it?

Suppose you along with your friends decided to play football. When you started playing you realized that you need someone to remember or check the scores, like goals, red cards, corners, fouls, etc. Suddenly you guys saw a child standing at the side of the field. You offered him ice cream and told him to help you with the scores. 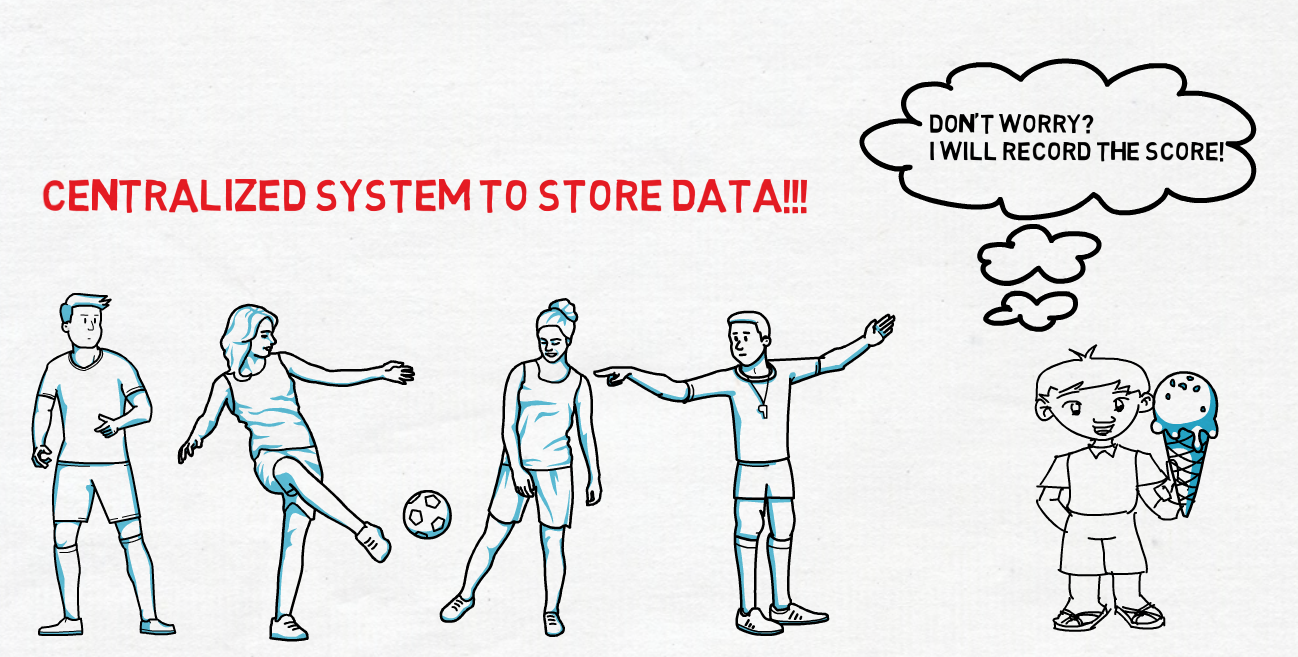 The role of that child as a scorer was to count every goal, every corner shot, every penalty card. But when the ice cream is finished the child demanded another icecream, otherwise he will quit. Well, you bought another ice cream for him and he started counting again.

And there are some drawbacks to this system. Firstly, Suppose that child's mom came in the field and take him home. And all of your match's data was gone with the boy. Secondly, you can bribe the boy to change the score by giving extra icecream. That means there is less trust in the centralized system.

To get rid of these problems systems called Blockchain has been invented.

Blockchain is a system in which records of transactions are stored cryptographically across several computers that are linked in a peer-to-peer network.

Sounds very complicated?
Well, this is a very theoretical definition of blockchain that you'll see many articles on the internet. Let me explain it in simple terms.

Simply blockchain is a chain of blocks that includes information. This technique was basically defined in 1991 by a group of researchers. It was first adopted by Satoshi in 2009 to create a rich look cryptocurrency which is Bitcoin. Now a blockchain is the distributed ledger that is totally accessible to everyone.

Once you input any data to the blockchain or any block it will be very difficult (almost impossible) to change it. That makes blockchain so secure.

In every block, there are 3 things - Data, Hash, Previous block Hash.

Hash is the unique identifier of data. The relation between Data and Hash is, you'll find the same hash for the same data. If you change anything in Data, Hash will change unexpectedly as well.

In this way, a chain of blocks is created and we named this chain as the blockchain.

So why it is trustworthy and how you'll rely on this?

Suppose you want to change the data of any block. You're changing data of a block means your ar changing Hash of that block as well. And the consequence of this change is - you're not connected with the next block. Because you changed the Hash of the current block, so it's now not matched with "Previous Block Hash" on the next block. I hope you are realizing what I'm trying to say. 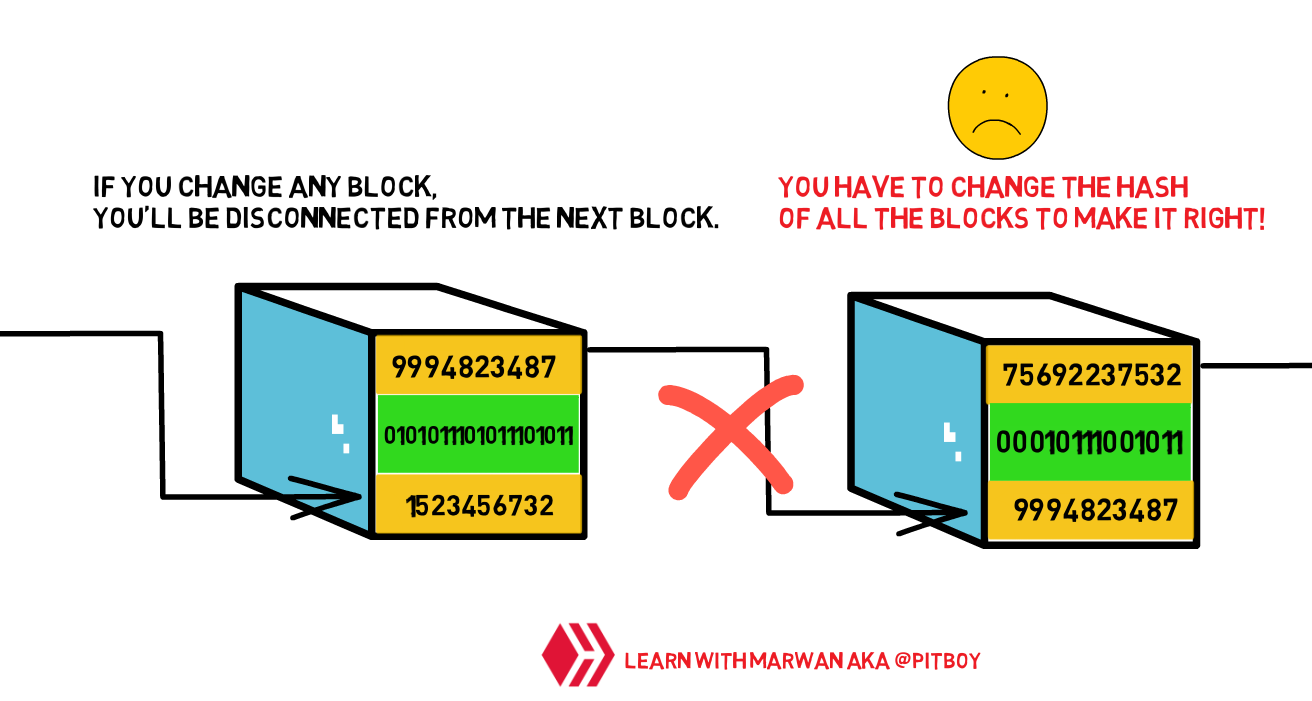 That means if you want to change data of any block, you've to change the Hashes of all remaining blocks after that. Which is an almost impossible task!

Another thing that makes Blockchain more powerful is the peer-to-peer network.

The data in the blockchain isn't only on your computer. It's will be stored in multiple computers with multiple people along with yours, which is connected through a peer-to-peer network.

These two things make the Blockchain most trustworthy. So now you understand that the data in the blockchain can never be changed. So blockchain is a peer-to-peer, real-time, immutable distributed database.

Let go back to the example of our Football match! So if we want to use the blockchain on that match how can we do it?

If any foul or incident happens we all will discuss and the decision of the majority of people will be chosen. 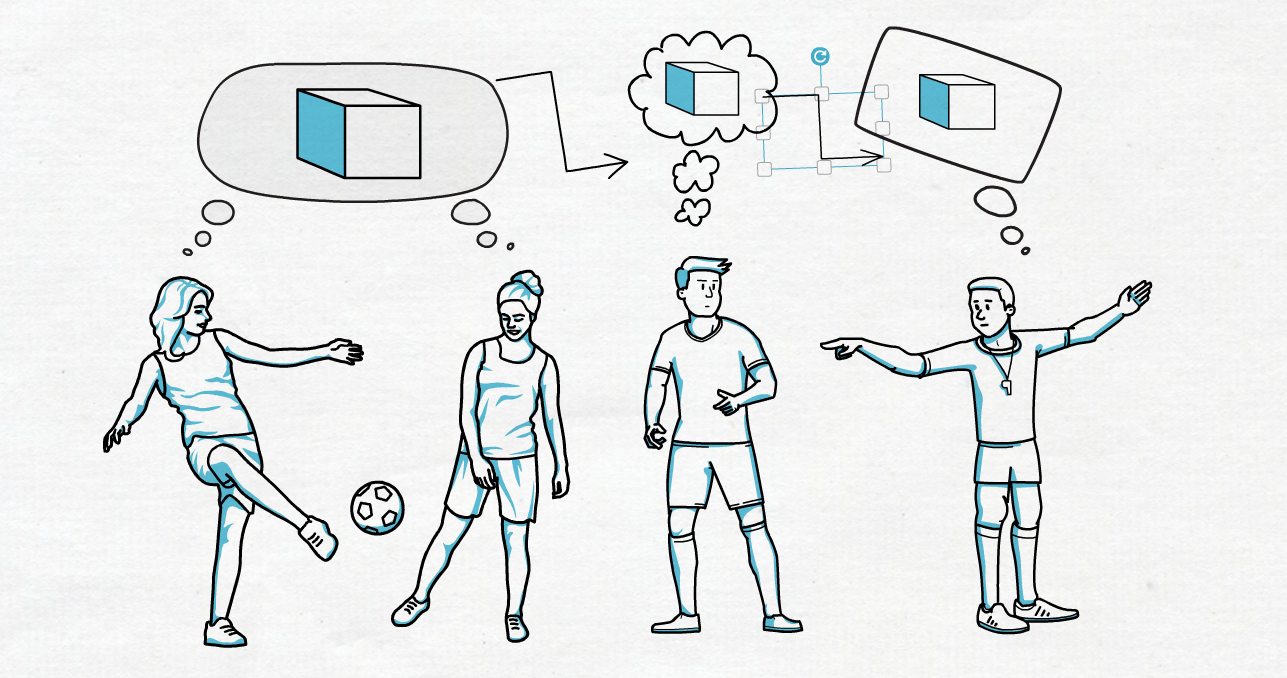 So you can see we created a chain here like blockchain. Here we don't have to give any transaction fee (Like ice cream to the child), and our data won't be changed ever. Because you can't change the mind of the majority of the people.

And you'll not lose any data in this way. Previously we saw that the child scorer left the game with all data. In the new system, if someone leaves the game, the data is still stored in the head of other players.

Now I believe that you got the basic idea about Blockchain. You can do everything with the blockchain technology! It's the future technology which should be adopted by everyone. In the next tutorial, I will try to discuss about consensus rule of blockchain and how to create a block.

If you want to know about the best blockchain company in 2020, click here.

Fun Fact - All photos are created by me, can I join to the #art community now? ;)

Setting up an authority at single point is always risky. The delegation of power does come into effect more powerfully allowing data to be safer and no chance of data fudging ...

"If any foul or incident happens we all will discuss and the decision of the majority of the people will be chosen." That's democracy in action.

that's why we need to implement blockchain technology everywhere. thanks for your time. :)

Nicely written and very easy to understand. Blockchain =bitcoin lol, that was funny😂

Lol. I also thought the same when I first heard about it. 😜

Hihihi. The innocence of the beginner. Always a source for later self amusement

I really need to show this post to my friends.

Thanks for writing it, @pitboy.