When Will The Music Stop On Dogecoin? 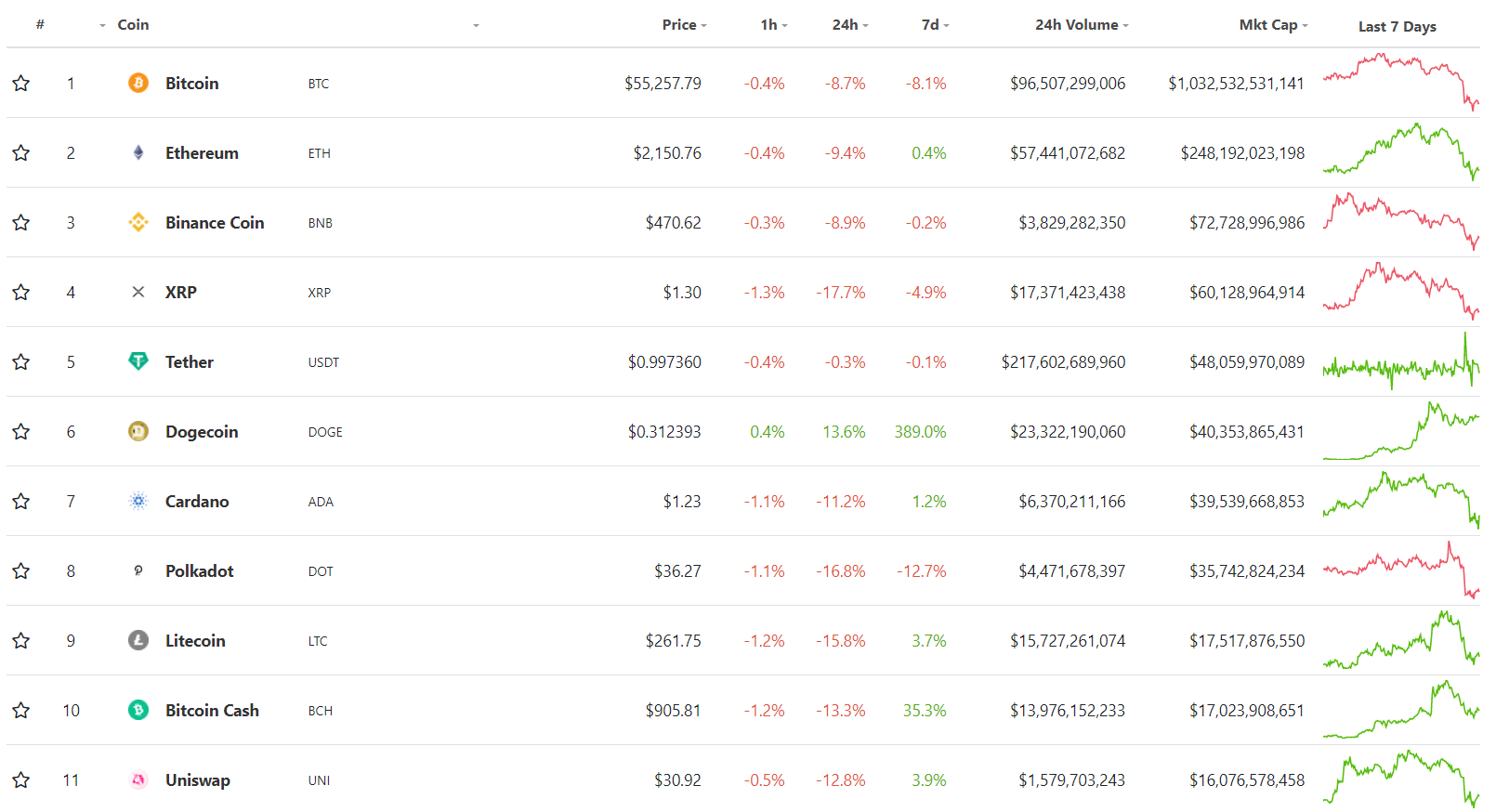 Dogecoin is the only coin in the green in the top 10 in the last 24 hours. In fact, it's even posted a bit of growth even in the last hour whereas the others haven't.

Bitcoin and the rest of the market crashed because billions of dollars worth of leveraged long positions got margin called on BitMex. The rest of the space dipped hard as a result.

But not Dogecoin. :D

Dogecoin has surpassed Cardano in market cap. What I also heard was that after banning discussion on cryptocurrencies, the WallstreetBets subreddit has allowed discussion on Bitcoin, Ethereum and ... drummroll ... Dogecoin. That and the world's richest man posting playful tweets about it has sent it mooning.

Although I do feel pity on the noobs who will eventually lose money in this, I do think WallstreetBets pumping money into the crypto space is a positive thing, on balance. I'll be overjoyed if they do it with HIVE at some point in the future!

Dogecoin is the surprise of the year. It has made many people rich in this space. It usually precedes other coins rallies so we should expect similar price performance for other altcoins.

I sure hope it does precede other rallies this time, too!