The Expansion Of Cryptocurrency

The nation of Kazakhstan saw a bill going through their lower house giving recognition to cryptocurrency. For a nation that is heavily involved in Bitcoin mining, this is a major step forward.

In this video I discuss how nations can also benefit from cryptocurrency. Even oppressors do not like to be oppressed.

Here is a link to the article mention in the video.

Tho will never ends! We are in the beginning of the path! 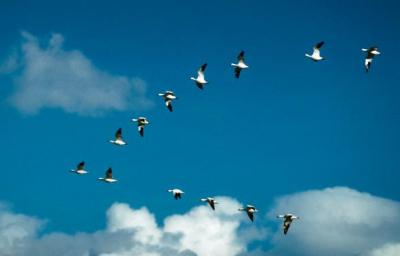 ans:
In a small village in southern Western Europe, a boy lived very quietly and intensely. He also followed them every afternoon when his classmates went out to play on the field, but never joined them. He sat in one of the corners of the field and looked at the sky, thinking what it was. His boyfriend was very accustomed to this strange behavior of a friendly boy. Although he did not show much interest in others, he had many opportunities to have fun with this behavior. One such afternoon, the boy is sitting alone, staring intently at the sky. Suddenly he saw what he saw. Ran to his peers. He shouted to everyone and asked, "Will you play me?" Her older boys usually see her shiver in surprise. There was no limit to the surprise of many, because the boy who never brought them to play with force, wanted to play with them today! They were interested and asked the boy what happened to him for such a passion! The boy just said that he was done, from now on he would come play with them regularly. The boy's name was Leonardo Bonachie alias Fibonacci. Who later became known on earth as a famous mathematician. And it was a lot like seeing what he saw that day -Little boy Fibonacci has long been observing birds flying in the sky and discovered that when birds fly together and cross paths - they follow the principle. Now the question is whether they need to fly this way or what! For example, every year, millions of birds from Siberia come to Bangladesh every winter. Whom we know to be guest birds. These hospitable birds cross over about four and a half thousand kilometers to come to Bangladesh. It may not be very difficult for a bird to cross four and a half thousand kilometers in the distance they fly alone. Because the bird has to fly through the pressure of the strong winds and move forward. In the picture above, the bird that you see on the far right is in the driving seat. Of all the birds he spends most of his energy, that is, moving forward with the pressure of the wind. After all, he is spending a little less energy than the people in front of him. After that, the two birds are spending a little less energy than their previous ones. The same rules apply to each row. Birds of a certain row fly less energy than their previous row and spend more energy on their next row. As a result, birds do not always have to spend maximum energy in flying. The last row that they see at the end is in the passenger seat and they are mostly resting. After a while they will gradually change their position. This is the incredible journey of thousands of miles of birds