Have you heard about this project call Leofinance?

Of course you have. By now it is one of the most talked about topics on Hive. The success of wLEO during the first couple days garnered a great deal of attention. As these words are written, there is over $225K in the liquidity pool.

The excitement this week was fun to watch. However, it is vital for us to remember that there is a solid project backing this with big plans. It is easy to lose that in the emotion that comes in the DeFi world.

Leofinance is a multi-faceted approach to entry into Web 3.0. At the core, it uses the Proof of Brain concept to distribute its tokens. On top of this, there is a miner available that can help earn on tokens simply by holding the virtual miner.

That said, there are a number of other layers that will be added by the end of the year. I will not delve into them all since the roadmap was put out a number of time. 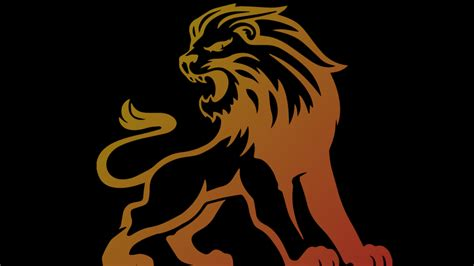 Nevertheless, one thing I need to point out is the new user interface. While it is still in beta, I surmise it will be going live in the near future. Thus far, from what I can see, it looks like it is working with as much as a hiccup. Some of the earlier bugs were straightened out so it appears ready for live action.

For this reason, I must stress, this is version 1 of the UI. There is a whole lot of updating that will take place.

When mention of the interface came out, I stated that I was not excited about the first version. Rather, it was V2 and V3 which is what I was looking forward to. These will likely show up before the end of the year.

Why do I mention those versions? Simply, because this is where Leofinance separates itself from all other interfaces associated with the Hive blockchain. Being specialized in its focus, the goal is to provide an experience that is appealing to those who are accustomed to spending their time online discussing/reading/researching financial topics. This is what we will start to see unfold with the updated versions.

Being tied to the Hive blockchain provides some features that can really enhance the experience of users who are presently utilizing the mainstream financial sites. Social media is a huge part of the online experience yet, with Web 2.0, it is separate. Imagine some features built right into Leofinance that enable certain social media-like experiences to occur.

Having an interface that is free from Condensor means that Leofinance is flexible in what can be added. The community can have a great deal of input into this by offering up suggestions. As long as a developer can code it, we can have it.

Long-term, Leofinance is looking for something much bigger than a quick run up in price due to bringing out wLEO. As stated by numerous people, this is just one step along a much longer path. The reaching outside of Hive with this new token is not meant to solely push the token price higher by tapping into the DeFi world. Instead, it also serves as a marketing piece meant to bring attention to Leofinance as well as new users.

While price action will always be that, value is driven by what is actually built behind the scenes. Having a community of dedicated people all willing to partake in the expansion of Leofinance is what this new model is all about. Unlike other sites where the beneficiaries are the site owner(s), here, everyone who is holding a token benefits. The economics of our communications with each other is our own, not some corporation.

Sometimes it is best to remember the bigger picture as we are happily trudging along.

Going forward, the key is to market the success of the new ERC 20 token and demonstrate how this passionate community is continuing to evolve and produce a successful platform. The mass integration and adoption should be the focus, which the able team at #leofinance will definitely do. As a platform user, it is also our responsibility I guess.

Until the end of the year we will still see many good things. It is admirable how much the LEO team seeks to always want to improve and that among so many other projects can be one of its differentials.

It is noticeable that in addition to having positively stirred the market, wLEO was also able to attract more users to LeoFinance.

May this journey that has just begun be prosperous and fun for everyone.

Interesting to see how @leofinance had grow and strive towards to tapping into the Defi space as well. This will make more relevancy of usage and getting more users on board as it can cater to more needs other than just a finance sharing platform. With Polkadot structure, we may see more exciting thing happening in near future! Better connection and most importantly cheaper transaction.

Using the Leo interface has been a great experience for me I mean, even the version 2 was superb, I'm still getting used to the beta Version and for what we know, the amazing things happening on Leo is likely to make it the best project on hive in let's say a year's time.

Well, I have stopped reading the WSJ.com and a little the Financial Times because I read it brings the best of finances based on the crypto world to our hands without leaving, he is getting married for now hive, good that they are thinking about the direct decentralized world of having a newscast based on finances, for those of us who are lovers of this is a great opportunity to say I was in the early days of leofinance.

First time I hear of leo, I will check it out!

You do that. Let us know if you need help finding it. It can be confusing for a newer person such as yourself. Take it in stages so as not to get overwhelmed.

Indeed, we're still at the base. I'm also looking toward that future UI development. I'm trusting we'll have sub-communities. I see Leofinance as a knowledge hub for everything crypto and blockchain related. Let's go...

Sub communities is an interesting idea. I am sure it is possible...I wonder if it is being discussed.

I am still diving within the multi layers on which the LEO ecosystem is built and learning each day something. The multitude of applications, mining, DeFi and LEO Finance offers the right medium for somebody which is involved and likes finance to make the most of it. And let's not forget the community, some pretty awesome people here, welcoming and sharing.

And many of those areas are expanding quite rapidly @behiver. This is what makes for an exponential experience.

All add a bit more to the pie, increasing the total by a larger degree.

I think as the ecosystem expands, it will only lead to new opportunities while Khal and the team may have some idea with the roadmap of where they want to go, as this ETH growth makes their stakes or rather all our stakes more valuable there is now more money in LEO to develop more features, list on more exchanges and improve the product in ways we never thought of before, as well as new users with new ideas coming in

Thats what decentralisation is about in my opinion, it also shows you don't need an ICO to get something off the ground