In the fast paced world of internet creativity, it's easy to misplace our attention and over or under value tech. The main difference between those who made billions and those who didn't is often simply where they placed their attention at a key moment. Understanding value and how to measure it accurately is hugely important and communiteis powered by the Hive Blockchain are an undervalued powerhouse waiting to explode! 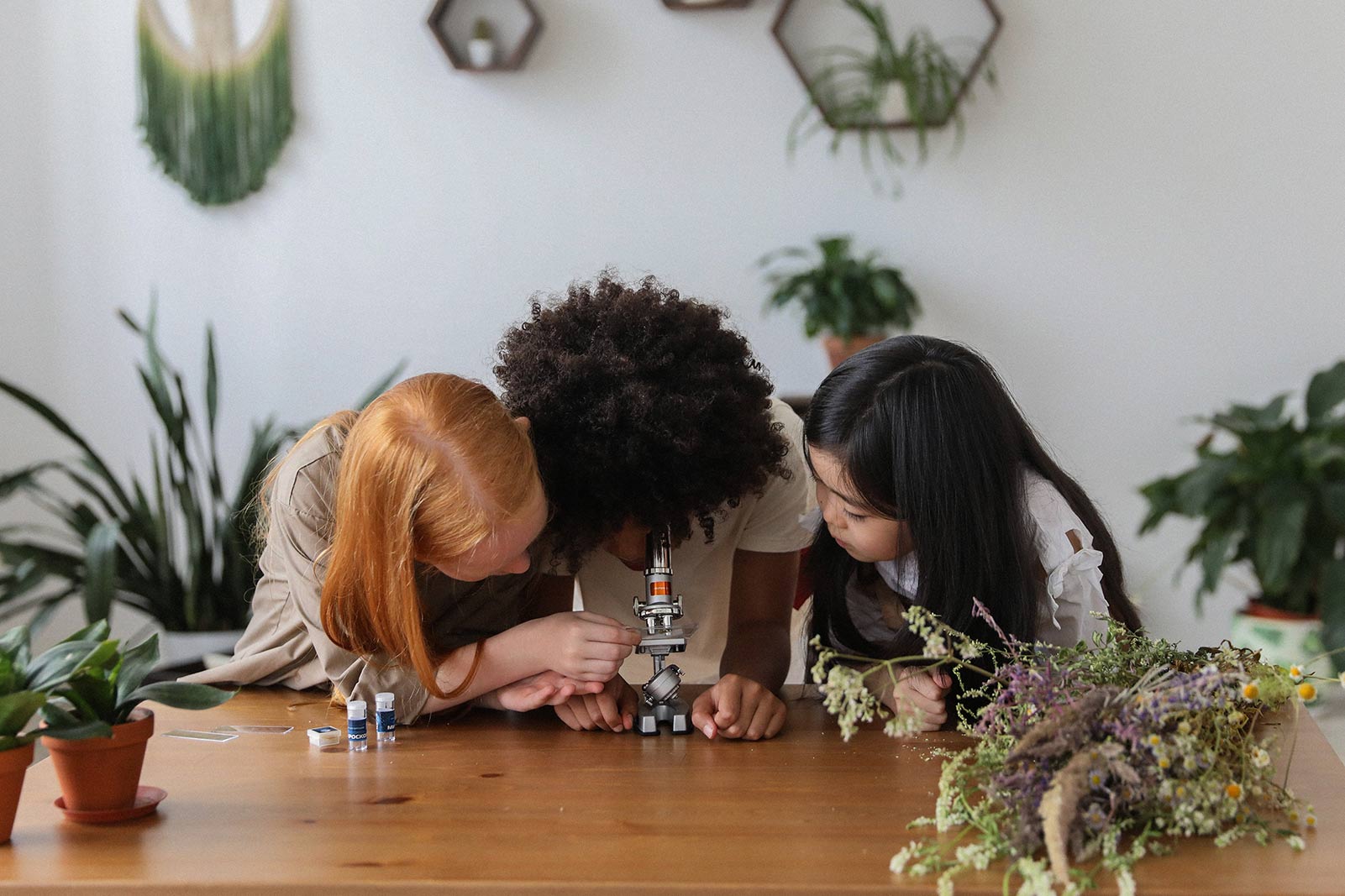 Value, as a word, seems to have emerged around 700 years ago, though clearly this does not mean that prior to this point humans had no concept of the usefulness or value of things. The 'valor' of a thing, it's 'worthiness' was obvious as soon as anyone attempted to use a thing for a purpose!

c. 1300, "price equal to the intrinsic worth of a thing;" late 14c., "degree to which something is useful or estimable," from Old French value "worth, price, moral worth; standing, reputation" (13c.), noun use of fem. past participle of valoir "be worth," from Latin valere "be strong, be well; be of value, be worth" (from PIE root *wal- "to be strong"). The meaning "social principle" is attested from 1918, supposedly borrowed from the language of painting. Value judgment (1889) is a loan-translation of German Werturteil.

The creation of money/tokens to ascribe value to 'things' and to allow that value to be exchanged has brought with it a whole array of features and processes, including exchanges, banking, markets and financial trading. While some of these things can exist without money in related forms, the creation of money has allowed for an explosion in the ways that value can be expressed, stored and exchanged.

Modern financial exchanges are the main mechanisms by which we can witness and participate in a process of valuing 'things' on a grand scale. As we trade things/coins/shares, the prices are set in real time - the exchanges demonstrate our own subjective valuing of things.

Perception of Value is Big Business

Clearly, however, there are all manner of tricks and traps involved in the financial markets and so the prices and apparent valuation of things can be hugely distorted away from the consensus among people, all in an attempt to amass power into the hands of those doing the manipulating.

We can easily find 'pump and dump' schemes that artificially inflate the price of something, only to rapidly sell it off in a co-ordinated effort in order to profit from the investments made by other traders, thinking they are catching a new trend. Even more easily we can find the intense mass media marketing on TV/Radio/Newspapers/Websites that seeks to use a variety of methods to convince us to value things that we otherwise would not really think highly of at all.

The reason that this can occur at all is that value is SUBJECTIVE. We all get to make our own estimation of the value of things and thus also how much we will do in order to get those things. Unscrupulous people long ago realised that it's easier to deceive people into overvaluing things than it is to be creative and actually add something new of real value to the world.

While governments have sought to use control, intimidation and regulation to try to minimise the risks involved, the reality is that there's only so much this can achieve. We all still need to use discernment to have a true sense of why something has value to us.

Key in our own personal empowerment and a healthy relationship to 'value' itself is our own understanding of what we really need. It is very easy for us to confuse 'wants' with 'needs', leading us to spend lifetimes chasing after things we believe will 'make us happy' but which in truth only satisfy surface level mental misunderstandings. REAL needs satisfy our deeper selves, ensure our continued survival and achieve lasting benefits that genuinely improve our reality.

Once we are familiar with the more existential aspects of life, such as understanding who we are in the wider context, why we feel as we do about everything we encounter and why one thing nurtures our existence and why one thing does not - we tend to find our 'wants' align with our 'needs'. In other words, we begin to want what we actually need instead of having a disparity between the two.

This gap between wants and needs is exactly where unscrupulous people can operate, causing us to deviate from what is best for us in any given moment and wandering back into the territority of unconscious wanting - attempting to fill a hole in ourselves that truly requires something else in order for us to feel whole! When you see that next new coin jumps 1000s of percent unexpectedly, bare in mind that if it meets no real need of humanity, then it's growth will likely be short lived.

Hive as System of Value Discovery

The Hive blockchain and it's plethora of subsites are a genuine evolution of the value discovery process that traditional exchanges have managed for so long. Hive takes the concept of mere trading and adds a social media twist. Now, instead of having to list entire businesses or categories of products for valuation on exchanges, we can submit ANY idea in text or multimedia form to be valued and rewarded accordingly.

In some ways this is a genius concept and it deserves much more attention. Hive is much more than a way for people to 'get paid for blogging', it's a novel way for crowds to explore what they value and why. The process involved here can actually be part of a process of discerning needs from wants too and so can genuinely be a part of healthy human evolutionary process.

While the mainstream media channels are one-way flows of thinking, carefully crafted with high budgets, specifically to capture our thinking and dislodge our own emotional compass, in favour of corporate logic.. Hive, instead, allows us all to communicate, share and co-consciously discern what matters to us in a personal way. The result is that Hive communities can be very powerful tools for both personal discovery and collective expression. If we want to know what people truly value, the best information is going to come from allowing the people to voluntarily express themselves, without coercion or removing them from their own chosen environment.

For these reasons, Hive has barely begun to demonstrate it's own true value and I think it can genuinely be a powerful tool for the marketers and creative people as we move forward so rapidly towards a decentralised society. Hive truly is a value discovery network that removes layers of manipulation that have existed for so long, which allowed middlemen to operate from the shadows to alter perception of value in ways that served their own selfishness rather than the real needs of the world.

We no longer need to take in hours of advertising material per day in order to receive news updates from trusted people - we can easily form our own groups/bonds/communities oriented towards learning about our world and each other - without needing to rely on 'business' interests to fund us. Hive eliminates the majority of outside interference and purifies the process of information sharing and value discovery!

The Evolution of Value Itself

How can we most make use of this new invention of socially proven subjective value consensus? Clearly, product innovators can use Hive sites to their advantage in order to gather market research. Equally, individuals can trust their Hive communities to provide a range of views on ideas, products and 'things' in ways that broaden their understanding in uncensored ways, rather than being forced to subscribe to narrow viewpoints through mainstream media.

When the community of people involved are themselves strongly intending to be REAL and to know themselves deeply, the result can be a strongly bonded and powerful group that can genuinely shift perception globally in ways that are unprecedented. In essence, Hive enables social dissemination of qualified ideas, instantly, internationally. This has never existed before and we may find that this purer form of value sharing means that we begin to more greatly value the concept of value itself!

It's no surprise that the mainstream and corporate social networks are stepping up their censorship and limiting of free speech. Their entire bedrock is based on 'adjusting' people's perceptions in ways that benefit themselves and their sponsors. Hive is pointing the opposite direction - it thrives when you thrive - and that's something I value a lot! Excellent way to explain value through the blockchain @ura-soul , it's remarkable the work u are doing here to keep us informed, really apreciate that, the real change is written in the evolution of the value concept

Thanks, you are welcome. I appreciate the opportunity to participate in evolving humanity and having fun in the process :)

Excellent article.
Hive is a great platform where we can find varied and true information, it also allows us to express ourselves and share our ideas and hobbies.

Great post.
I particularly like how you point out the importance of being aware of and understanding ones own valuations. Surprised I never considered such a detailed explanation of value given how much study I have put into developing teaching personal success (future posts).

As always, exceptional work you do. Like you I'm very much looking forward to seeing how Hive ecosystem, global economics and society evolve.

Thanks for the enlightening advice.