You maybe ask why hive at 10 cents and eth at 400$ is. Easy answer, there is a higher demand than supply. So Hive needs a permanent buyer or lower inflations and Hive Media Tokens.
The Mechanic about an ad system on Blockchain level 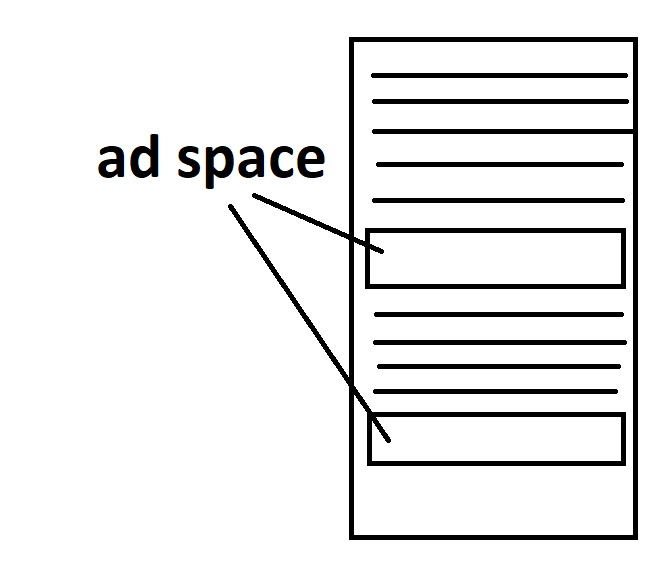 Advertisers want to reach users as precisely as possible (like a laser). At the blockchain level, the only way for advertisers would be over keywords. To pick them one by one is too much work for most.
Related keywords should be sorted so that the advertisements can be booked easily.
Like a Keyword Cloud.

That should be the easiest way, for a simple start (always wonder in the past steemit never done something like this).

Third: The Payment on Blockchain level

Payment should as easy as possible. Book different keywords via (daily?/weekly?) bet and budget. The highest bet on keywords or content gets the space for this time.

With Variation 2 there is a reason for developers to build different Tools and front ends to book the Advertisements. Simple because they can earn from it. Because it is on Blockchain it is decentralized and competitive. If money comes into the game, new ideas will be developed.

3% sounds low, but it isn’t. Facebook and co make Billions with Advertisements. Also, Hive is some of the shared economy, the ad seller only needs a good portal to book the ads (at the start).

*share to all people that have powered up hive. So there is another reason to power it up. Because as a token holder, you are also an owner of the Blockchain.

Also, I can imagine some promote these Ad Seller sites via affiliate programs or something like that. Ways people can make money are always good. That makes the system more stable.

Fourth: Example of how buying can works

Sure with some rules like Banner size / banned websites / minimum bet price and so on.

To fight abuse copy and paste / stolen content should be banned. Abusive authors too. I think there are many more points, but for an idea, it is impossible to add all abusive ways.

Yes, analytics are very important for advertisement buyers. But there are also on-site (the target website) ways to track clicks and traffic. Some traffic stats should be available and I’m sure some front ends would use them to sell ads. That’s why a complex system isn’t needed.

Also because the Blockchain Advertisement Tool brings the way to earn, I think many Dapps, Second layer solutions, and front ends would build around it. This should expand fast.
Some ideas for possible Services can build around:

Because it's possible to build all stuff needed around, I don’t think the system on Blockchain needs to be an Advanced System.
Reasons why it should be onchain:

If a Front end sells Advertisement space in a centralized way, the only result would be, it absorbs value from the Blockchain. I think there would be a huge demand for ads. It’s a good way to earn the valuable traffic hive has.
The price would influence the permanent demand for hive. This would end up at higher prices.
There is not much money needed to influence hive positively. At the start, advertisements would burn more hive, because of the betting and it’s cheap.
Because of indirect marketing (the higher price), more users would join Hive. This would result in more content, more advertisers, and more money flows into the system. Also more Investors.

WAIT WAIT WAIT. Hive only has 12k active users you fucking retard! Nobody would buy an Advertisement space here.

That’s not true in more than one way.
First, there are millions of monthly readers from the content. These people can read the content for free and don’t bring a single penny into the system. These are the main target group. And this is huge.

Also, there is a standard value. Marketing people know. If there is no buyer, I would buy all the ad space if it’s cheap enough. But many others would do it too.

What does other social media?

In short: They sell Ads and User data and get rich. If you are a big content creator, you earn on monthly basis from your content. Not only for 7 days. That’s why posting on hive is a little bit pointless for those that have no problem with censorship. These people go there, where the money is.

With Advertisement, Authors have lifetime Earnings with their masterpiece of content. They have also a way to earn passive income. That’s without advertisement not possible.

“Write a masterpiece of content and have lifetime earnings”

With a working decentralized System like this. Hive will be the future and also a way to monetize content on WordPress blogs and other content websites.

Also, it would be more than competitive to Web 2.0 with more Trust and security (maybe earnings too).
At some point, the system would be big enough companies can’t ignore hive and need to join (like on Facebook years ago)

Possible problems that need to get fixed

An Advertisement System is needed. It should be on chain and as simple as possible.
That’s the way money comes on a daily way into the system and everybody profit from it.

At the moment no company can advertise on the Hive Blockchain without learning about hive. Some only want to book advertisements without even want to use Hive.

Most of them don’t want to make content marketing here. There want it easy and fast.

Offtopic: I never understood steemit inc was too stupid to sell Advertisements or build a system for it. Some simple booking Tool could change the whole history.

Remember the Content is beside the community one of the most valuable things we have, and we need to market it.

If someone wants to do it, feel free to use the Idea. Make a proposal and I will vote for you. Also, I would help to build.

Seems like a good idea to me. I'd love to see Hive take off. I have to say the free transactions should attract some development. Look at Splinterlands. Lots of 1 cent cards being bought and sold. Can't do that on Eth w/ a $3.00 gas fee.

True free Transactions are very important for Advertisement onchain too. Think about it would cost 10$ + to start or end a campaign :O

An Advertisement System is needed. It should be on chain and as simple as possible.

Agree with both of this points.

I worked in marketing for many years in the past. I know if only some companies would buy ad space on regular basis, hive would be 1$+.

And I don't talk about big ones :)

And the short term, market depth is not that big.

I think in the future of Hive, we will explore more ways to and use cases for Hive and Hive power.

Very good idea. I talk about this since steemit. With Hive we have the chance to build an Advertisement system because we have the best developers.

With Ads should come so much money into hive, we cant imagine. And a significantly higher token price.

You hammered in the head and ads burning could be a great mechanism to decrease the supply and help with the price. And it can be Coinzilla or other crypto ads rewarding systems which could provide better returns rather than traditional system.

I think so too that will be the future of Hive and social media. A fair distribution from advertisement earnings. Web 3.0 is for the people.

Any form of advertising on Hive needs an opt-out as many come here to get away from it.

For example, logged in wallets doesn't see advertisements. So only guests/readers see ads and pay with that to visit hive. I think there are a million ways to make it acceptable :)

Although I love that this place has no ads, I want this idea to materialize. I like the fact that you could earn from your content even after 7 days have passed.

Lets see where this goes!

It can also be no ads for logged in users and ads for guests. Would work the same way because the major users are only readers.

The ecosystem would benefit from the readers and make it more valuable in many ways.

I'd love it! And also the option to switch them on and off if you'd like.