After I mention it on Twitter from time to time, now it's on Hive also in a more detailed version :)

There was since the start of Steem/hive the problem with onboarding and wallet addresses.

In general, it's clear. You cant delete Wallets, so you need to be sure that nobody makes 1 million and block all names or spam around with it.

Names and resources are limited, so names need to cost something.

Your name is Bob, and Bob is already taken, you can take Bob1. That's a solution but wouldn't help against spammers if Wallets are free.

So what we can do? Nobody wants to pay 3 Hive for onboarding and Tickets are not that easy to use to onboard masses.

Leofinance, 3speak, or Splinterlands (or another Dapps) pay one Time a fee to get a special privilege to onboard users. It can be 5000 Hive/HDB or whatever to @null.

But every User they onboard with the cheaper price gets the prefix additive to their wallet name.

With that, we would enable Dapps to onboard at a reasonable price.

So Wallets without prefix or suffix would some kind of Premium Wallet. They cost 3 Hive or RC.

There can be stages:

Stages would make it more valuable + it's some kind of abuse prevention. Also, it adds some Fomo to do it. 10cent Hive makes it cheap to burn it for the privilege. But what is with RC Tickets? There are not useless. Because to get some Premium-Name you have to pay the 3 Hive or use an RC Ticket. To make them tradeable would add even more synergy to the onboarding process.

If the price becomes higher, tickets become a good alternative/ add on for the onboarding process.

Why we need it? The last Bullrun it was not possible for Steemit to onboard all users in a short period of time, that want an account.

That was a huge problem because some of those wallets need up to 2 weeks. Nobody wants to wait 2 weeks. It must be instant.

After that Steem got a self-made bad image for user experience.

I think on Hive, we don't want that.

So if the demand goes again really high for Wallets, we should be able to create those wallets.

back to the Reason why we need this.

And if some Youtuber call out " Hive is fucking Amazing, everybody should use it" or " look my Pewdiepie Token, it's so cool you can get it on Hive". The demand would increase so massive.

Also if some Gaming app onboards Users, if a game goes viral, its never should get onboard problems or Hive looks like a bad solution and not Web 3.0

Onboarding must be efficient. That's why some sources should be able to onboard mass users. That's all the time more efficient as only a decentralized Ticket system.

@leofinance something close to your idea? let me know :D

What's your opinion about that? Would Hive benefit from it?

I find it important to think about solutions to the problem.

I think so too.

The last Bullrun it was not possible for Steemit to onboard all users in a short period of time, that want an account.

That was a huge problem because some of those wallets need up to 2 weeks. Nobody wants to wait 2 weeks. It must be instant.

After that Steem got a self-made bad image for user experience.

I think on Hive, we don't want that.

Thank you for sharing your ideas and I love the way you explained using prefix to create new accounts.

I think we should prepare for the next bull run to onboard thousands of social media followers of influencers.

If they get the idea to have their own coin and work with their followers together.

Some are good at marketing and some good at entertaining. Others are good salesman.

In today's world, if they want to work together, they need to be in the same company.

But they can all be Token holders and work on the same Vision.

Btw, commercials are the key to get millions into hive. First the people + content. Then companies want to advertise here to get in contact with these communities.

Think about it, you can be a supporter of a community and you can earn real cash. Not like a Ponzi. It's backed by attention ( the best currency in today's world).

That's why I think at the end level Hive should be a government coin and all rewards should go over smts.

We also need something like a thinktank on Hive for ideas and brainstorming.

Work together and build something amazing.

@therealwolf has some idea about this

In my mind, yeah, in reality, also

Splinterlands has proposed something interesting on this topic very recently, https://peakd.com/hive-engine/@aggroed/introducing-dacter-a-hive-engine-created-opensource-layer-2-based-hive-account-creation-tool

Making the Account cheaper seems a way, putting light accounts up on layer2 two is an approach, but I'd rather like to see accounts being created and priced in by that market. I bought 3 accounts for 5$ each, I waited for my first one (this @manniman) for nearly 3 weeks and I also created some via my claimed creation tokens.

now I'm hooked for the responses ^^

I really appreciate it

Yes, that would need a fork. I think implementing something like that would increase mid to long-term the Value of Hive.

Developers and the community can massively benefit from it. 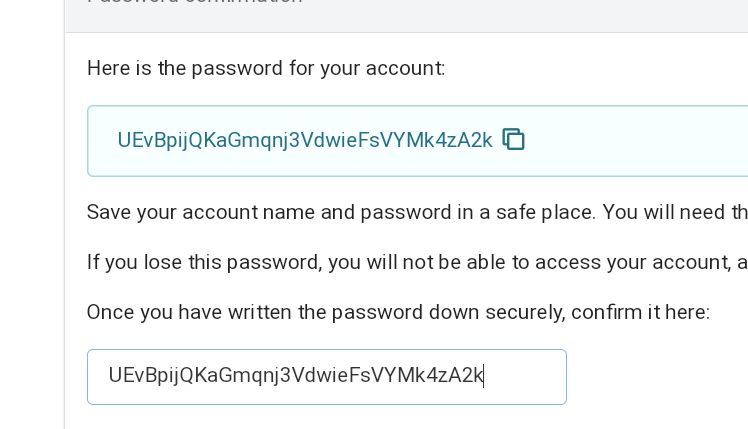 An Mail service with hive log in? that sounds cool

Congratulations @urun! You have completed the following achievement on the Hive blockchain and have been rewarded with new badge(s) :