Do you wana build a snowman??? Not at these bloody prices!! 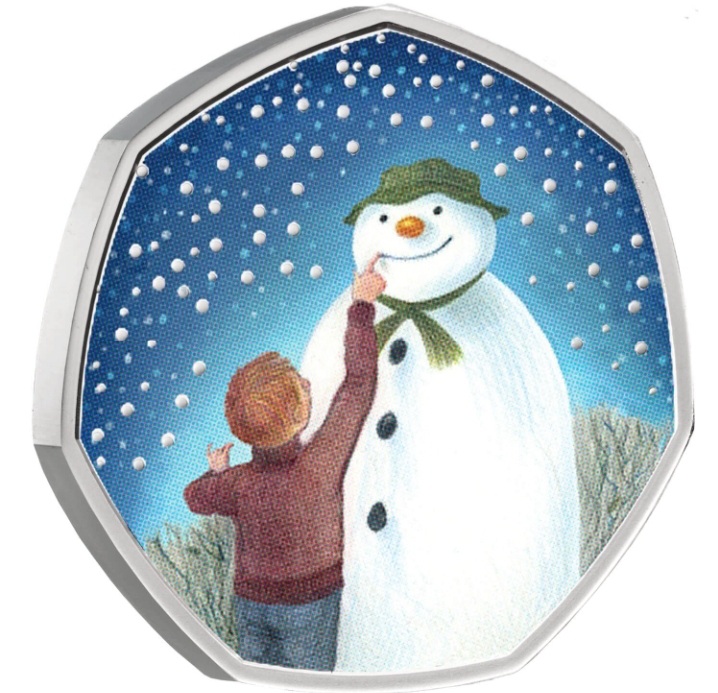 Like clock work, the Royal Mint has released this years festive offering of "the snowman". The first in the series being released back in 2018.

As a child of the 80's, i have incredibly fond memories of watching this every Christmas eve. We're not known for our scortching summers or freezing winter here in Wales, if im honest, its mostly just damp 24/7/365.... but on the years we did get snow, i always hoped my creations would come to life just like in the movie. 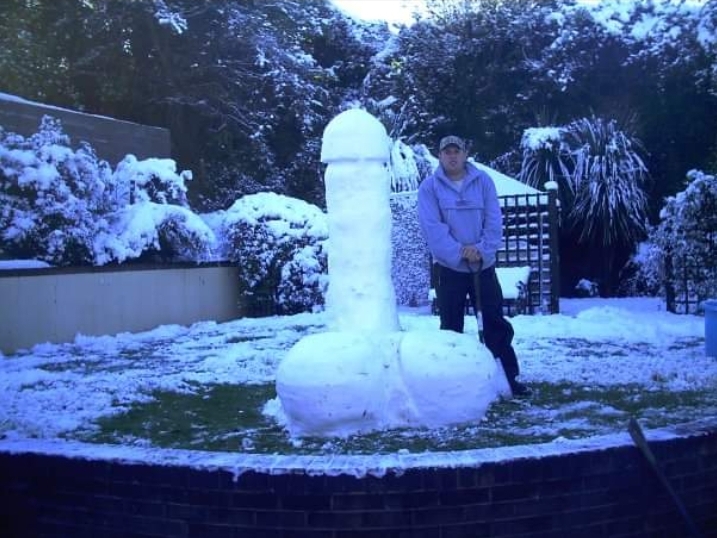 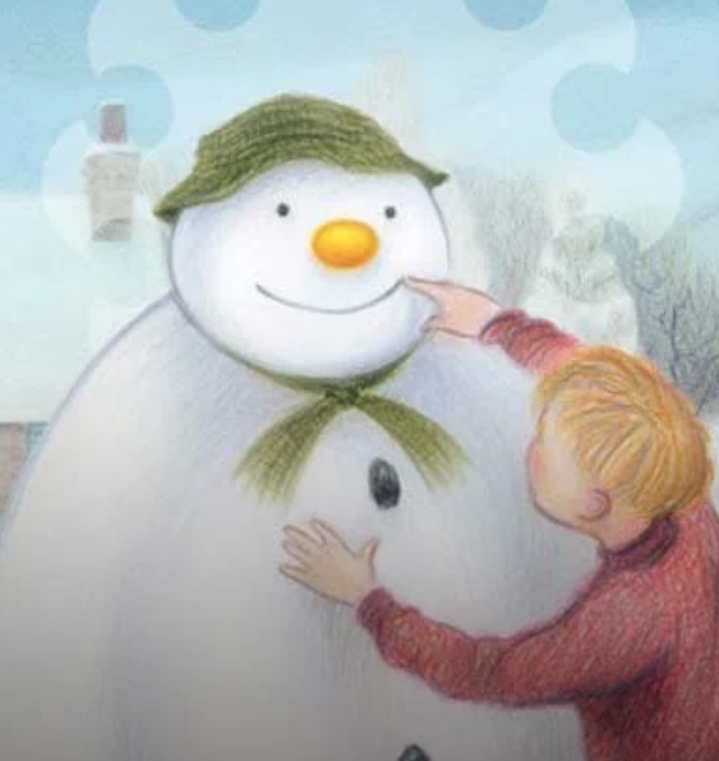 First published in 1978, Raymond Briggs’ The Snowman™ has become an endearing winter’s tale that endures to this very day. The Royal Mint has commemorated the beloved story over the past few years due to its unwavering popularity. The story’s film adaption, which was released in 1984 and features an appearance from David Bowie in the introduction, is broadcast on Christmas Eve on Channel 4 every year. Much like the tale itself, which has become a quintessential part of Christmas traditions in Britain, this UK 50p coin is an embodiment of the festive spirit. With an original design by the award-winning illustrator and animator Robin Shaw, who also served as Assistant Director of the film adaptation’s sequel, The Snowman and The Snowdog™, this coin is the perfect gift guaranteed to make a special friend or loved one smile.
Royal Mint 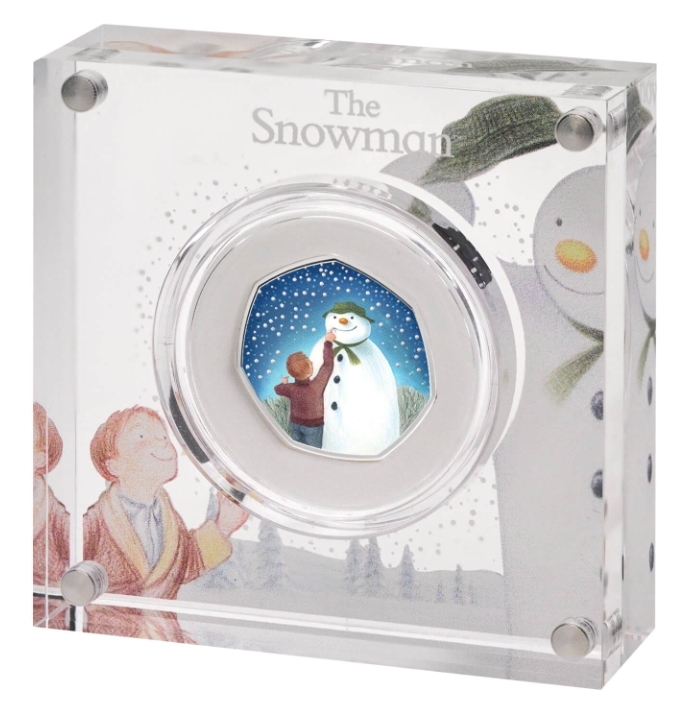 They say you cant put a price on happiness, but it seems the royal mint can.... beforeni tell you how over priced these little silverncoins are, let me first give you some info:

With just a total mintage of 7000, i would have liked to see a smaller number, but 7000 is still a relatively low mintage. Made from sterling silver (0.925) and weighing just 8g, the premiums on these coloured coins is astronomical!!

Can the RM really justify a price tag of £67.50 per coin?? Well it turns out, for as long as there are idiots like me out there, they can charge what ever they like.

With two kids in tow, they managed to get double the money out of me. These two will now go in to storage with the 2 from 2020, 2019 and 2018. Lets hope the kids frow up to fall in love with this film as much as i did, but if all else fails theyll have a nice little nest egg to help them out later in life.

Well enough babbling from me. If you have a spare 25mins and want to get in the festive mood, feel free to watch the full movie below:

Want to find out more about gold and silver? Get the latest news, guides and information by following the best community on the blockchain - #silvergoldstackers. We're a group of like minded precious metal stackers that love to chat, share ideas and spread the word about the benefits of "stacking". Please feel free to leave a comment below or join us in the community page, or on discord.

Hahahahahahahahah 😂 Snow Cock. And you had to throw that ‘Cum’ to life in there didn’t you. I needed a good laugh today so thank you for that! As for the coin, I’m not sure I really like the design all that much but if you collect them then I’m sure adding to the collection would be cool. I just recently purchased that 007 painted coin, and I’m not really into painted coins. The little bit of black paint that’s on there doesn’t bother me as much as the fully colorized versions. I don’t know maybe someday I’ll change my mind and wish I had purchased one of these coins. Just my luck probably.

Oh yes an integral part of my childhood Christmas memories too.
And props for the giant snowcock. Man really went big on that one!

Go big or go home.... ohh wait, that was my home!! Took the best part of a week to melt after the snow had gone. Got some fantastic looks from the neighbours

Just in time for Christmas! But I get the feeling those evil Powers That Be want to cancel Christmas.