whatsup (75)in LeoFinance • 4 months ago

r/wallstreetbets vs. Melvin Capital and Wallstreet.
A David and Goliath Story 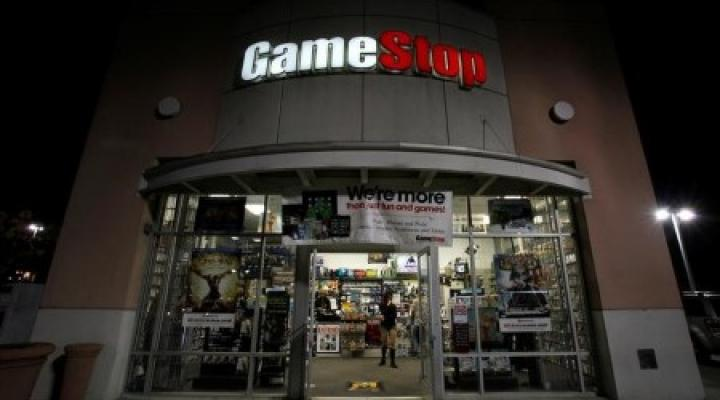 This is roughly what happened. A stock trading group that has a platform on Reddit noticed that a fund manager at Melvin Capital was shorting GameStop, Bed, Bath and Beyond, and a few other companies. It wasn't a typical short, it what is called a Naked Short, a type of trade used to manipulate the price and take profits. However, it's a high-risk trade. This trade wins when a lower price is achieved and loses if the price goes up. (that's the simple version) 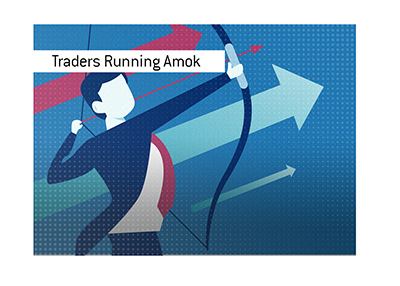 The Reddit group has many internet trading group connections so they bought GameStop, told others to buy, and purposely created a trading situation called a Squeeze. So they bought, and they memed about it and bragged in chat rooms and others bought. And the price went up. Crypto folks bought, gamers bought, those who dislike Wall-street bought and the price of GameStop went up and up and up. 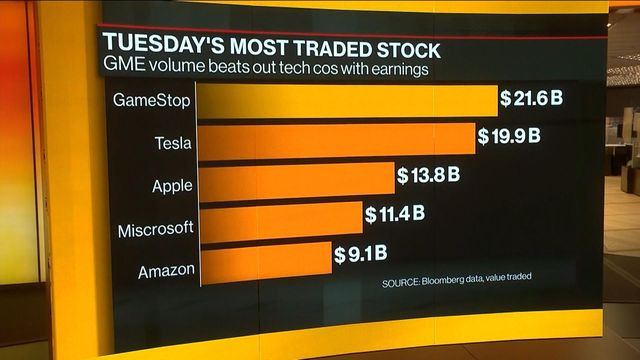 Consider it a digital "Occupy Wallstreet".

Other Hedge funds gave Melvin Capital some funds to try to help but even 2.7 Billion dollar liquidity investment didn't bail out Melvin's hedge. As of this moment, the price of GameStop continues to rise! It has nothing to do with the company as they had a struggling business model that was hard hit during lockdowns. 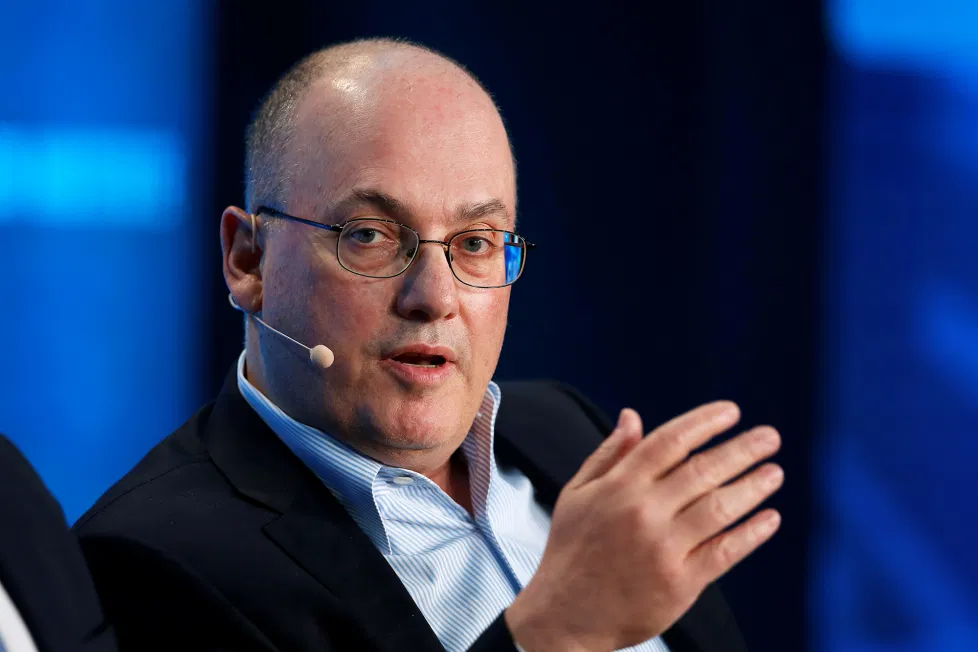 In any case, the leveraged loans come due on Friday and at this time it seems Melvin Capital will be insolvent when it does. They are already asking for a bailout and that has other hedge funds taking notice and wanting bailout money too.

I will be curious to see how this plays out in the media and how they make it out that it's not okay for little guys to manipulate the markets in the same ways the Hedge Funds do. 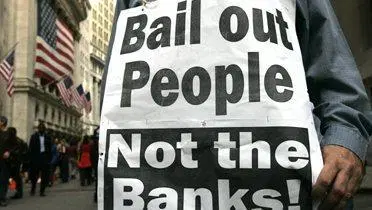 Stay tuned for interesting aftermath, where hedge funds ask the government to protect them from... regular traders. 🙂

This was so entertaining to watch today lol. I can't believe that they can expect a bailout as they were manipulating their trades. The Reddit group has a list of various trades so if anyone was smart enough they would have bought a bit of each stock. Apparently this is still going to play out until Friday so the price is not done yet and they are burying the corporates involved.

People may be looking for the "ETH" (AMC) following in "BTC"'s (GME) footsteps. If this happened we might well see AMC go moon. I'm holding my shares!

It is funny, Wallstreet complains about " that's unfair" and a bailout is needed. If normal people gamble and lose all their money and even more, there become homeless.

#wallstreetbets looks for me like a cool community we should have on our censorship-free blockchain.

Hey @whatsup, here is a little bit of BEER from @forykw for you. Enjoy it!

Looks like these bombs will all explore from within... eventually because all the non-existing money will be traded by crypto, FIAT will continuously print money, until the point that there is so much in circulation for the value, that it either collapses in value, or stops being used.

I am going to get my beer to watch some more knows about this.

Power to the people!

Some friends were discussing this today and it is fascinating. Shows the power of individuals when they mobilize in unison...even digitally. This is one reason I buy handfuls of Doge when it bottoms out. Worthless in and of itself but I love the community power and how it translates into value.

If Melvin is the man, they are really sticking it to the man!

Motherfuckers finally getting what they deserve. The internet that they created and use to manipulate will backfire them in the arse until they shut us down.

They're trying to control the uncontrollable. This is why they're trying to figure out how to deplatform people and censor the internet. "The People" are finally starting to realize their true power! Power to the people!! Can't wait to see how this one turns out. Manipulating the master manipulators lol. Woe to those who think the general population has been dumbed down so much that we cannot engage them at their own game.

This is just insanity. I can't stop researching this story tonight. I've got a hundred different things to do, and I can't stop reading about this. This is the power of the internet. Absolutely incredible how this is playing out!

Sounds like tomorrow is going to be a very interesting day!

Please do silver, please, do silver.
It has a 150 years of naked shorts built up.

I need to learn a bit mroe about this "naked" business.
figure it means "shorts with no collateral to back them" whether that collateral is held by the shortseller or whether it that collateral theoretically exists in the market.

I think rehypothecation is what will sink them, multiple owners of the same items demanding delivery is the point we must reach to see them fail.
3rd party asset allocation is risky.
Not your keys, not your coins.

Stay tuned for interesting aftermath, where hedge funds ask the government to protect them from... regular traders.

Very keen to see where this ends up.

I enjoy watching this from the sidelines with my crypto popcorn!

I have been watching this show with considerable interest... historically, it's been OK for the little guys to end up with nothing but pocket lint, but now that the shoe is on the other foot there's a lot of squawking. Makes me wonder (going back to the 2008 bailouts time) whether someone is going to start citing the "too big to be allowed to fail" rule...?

Meanwhile, we pop popcorn and watch!

I woke up to this, it made my day.

Somewhat, what happened today has the same essence as blockchain and cryptocurrencies have. It demonstrates that it's possible to face the big sharks if we fight together. It's going to be funny to see institutions regulating this "problem" in favor of the big companies.

This story is what the top
has been doing for years
free of repercussions.
Finally everyday people
have the same instrument
to occupy the market.
I read one place
what the reddit group is doing is not investing.
We all know the risk
just like they do.

read with pleasure, a nice story!

I've been following this and laughing from the sidelines

Reading so much about what robinhood did, and it's like watching a movie which Robinhood is the villain, lol

I am desperately searching for the WSB post where they announce Doge pump...

Anyways I mainly hope the autistic retards get to silver in the near future.

Not sure if it was "official" per se.
but DOGE is the official pump coin.

It has been a wonderful couple of days absorbing the minute by minute global inflow of reaction to this.
It's very nice knowing that i'm part of it, along with many others :-)

I just finished writing about this myself. I had to get out of my system. What most people probably didn't know about is that Michael Burry (Big Short) was already heavily into Gamestop for some time. It all payed off well for him. Here is a video from 19th March 2020:

time for rich to lose
time for crypto
time for changes

Very keen to see where this ends up.

Very informative summary and update. Thank you. Reblogged and Tweeted a link!

It is all a bit different but ok. There are posts that explain it a little more detailed (reddit people buy options; others must cover these and price goes up; melvin must give more cash as colleteral but says they are out which I do not believe )