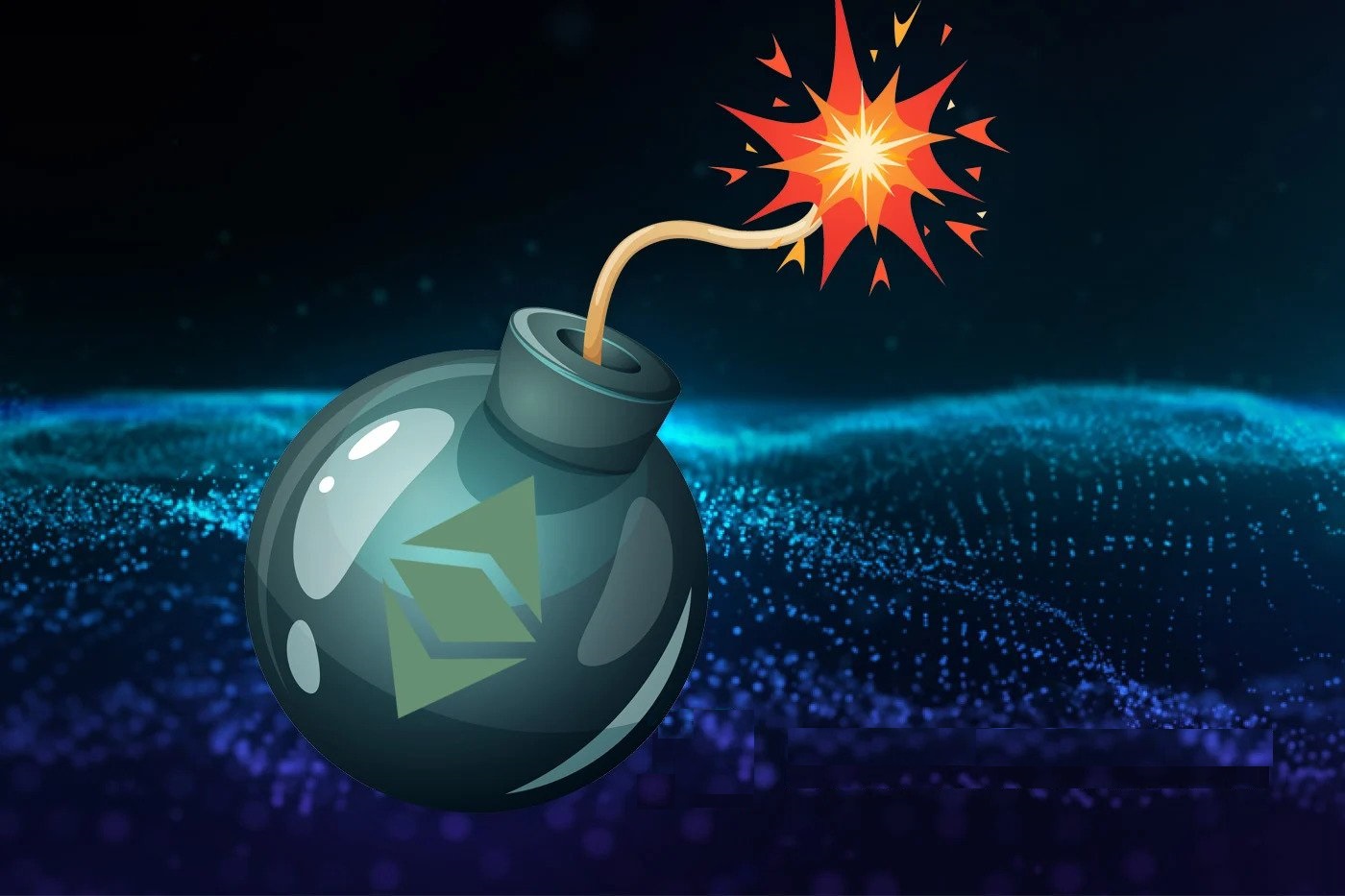 On Friday Ethereum core developers convened and decided to delay the difficulty bomb for about two months. The decision came as developers decided to iron out the bugs discovered during the recent Ropsten testnet merge. 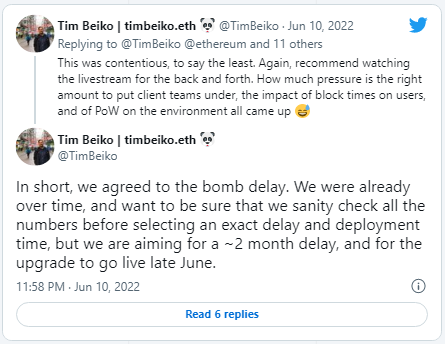 Difficulty bomb is a special code implanted in Ethereum code since 2015, designed to swiftly increase the mining difficulty making it virtually impossible for miners to mine the new blocks on network and forcing them to shift from proof of power to proof of stake consensus mechanism, following the Merge.

Ethereum devs have always wanted to shift to more efficient PoS consensus mechanism so they implanted difficulty bomb in the networks which also served as a reminder to developers to keep pushing for the Merge.

So far shift to Eth 2.0 under PoS mechanism have proved an enormous challenge for developers, so they have had to push difficulty bomb back(diffusing) many time over last seven years via updates. Difficulty bomb going off before the merge can cause severe problems for the network by slowing down the transactions.

Difficulty bomb have been diffused five times in the history so far.

So, after discussing the bugs in Ropsten test net merge, devs have decided to push ahead difficulty bomb for around two months giving them enough time to wrinkle out the bugs.

This may seem like another setback for many waiting for Eth 2.0. But on the optimistic side, this time Eth devs are just looking for a two months extension in difficulty bomb, meaning they are really confident that they can pull this Merge thing off.

As Vitalik already said, that Merge will hopefully happen in August this year if anything goes as per plan. On another occasion Vitalik said, there is a 90% chance that the Merge will happen this year.

The long anticipated Merge have take too long after the launch of Beacon Chain in 2020. And all those who staked Ethereum in Beacon Chain are growing impatient as their staked Ethereum doesn't gets unlocked till the Merge happens. Ethereum market is also reacting to delay in Merge, with Ethereum falling worst to its all time high.

Shifting a network of Ethereum magnitude from Pow of PoS is not as simple as it seems. The stakes are high and devs certainly wanna make sure that they get every bug sorted out before they launch out the Merge. Delaying Merge does impacts Ethereum's price, but any major bugs after the Merge may result in catastrophic consequences for the network and its users.

Better to be safe, than sorry.

since the proof of stake is what the shift is towards then I think I put the power on the development is what I think they are trying to accomplish, I hope things go well as planned. but then do you think it's also because are can be a leak or hack that can cause this change?

Congratulations @xabi! You have completed the following achievement on the Hive blockchain and have been rewarded with new badge(s):

Thanks for your information.

Thanks for the simple but clear explanation, this way I even understand how thing are going.


The government plans on phasing out Roman numerals
Not on my watch!
Credit: reddit
@xabi, I sent you an $LOLZ on behalf of @projectmamabg
Use the !LOL or !LOLZ command to share a joke and an $LOLZ
(3/4)
$0.00
Reply
[-]
namelessnameless (64) 8 months ago

Love how you make something so complicate to be such simple understandable information.

Wow, you took a very complicated subject and made it so even I can understand. Thanks for sharing.