phoenixskye (63)in Gods On Chain • 2 months ago 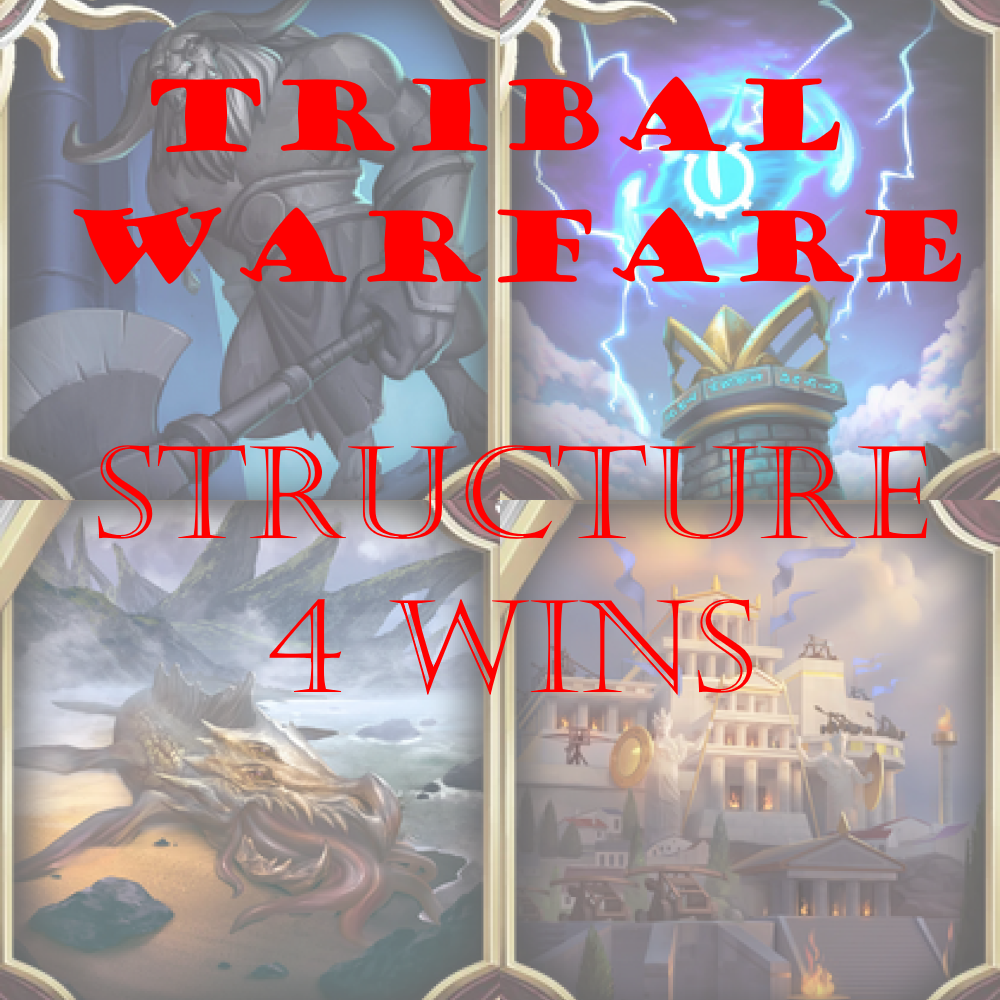 A weekly recap of my Mythic Weekend Ranked experience, this time doing a challenge of using all the different tribes. Prior to this, I’ve done two challenges so far, first a Free-To-Play (F2P) Gauntlet with all the Gods to show that they can all compete and get Legendary packs, and second I did another Gauntlet using only Welcome and Core Cards.

Worst result ever haha, with only 4 wins. I knew it was going to be bad, but I didn’t expect it to be this bad! Couldn’t handle Aggro, couldn’t handle Combo, couldn’t handle Deception, didn’t have enough top end to handle Control. For my F2P series, my Magic deck was based on Structures; granted it didn’t have strict restrictions like this series, but I think powercreep really shut down this tribe. 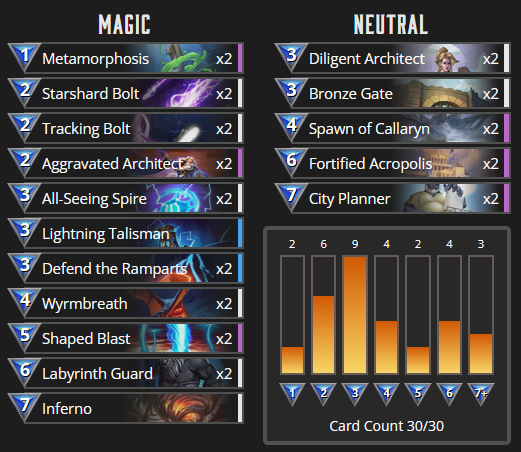 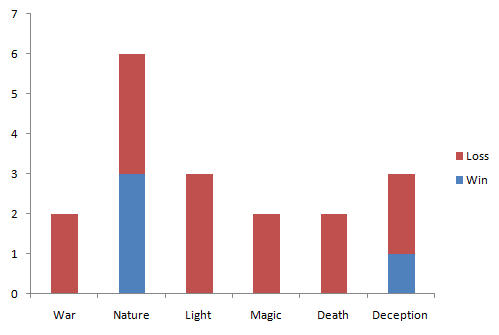 Just a lot of red everywhere haha, not much to say about it. Surprisingly went against a couple of non-relic War, haven’t seen that in awhile. At least I was 50-50 with Nature, right?

Weaknesses
-Big frontlines but can’t attack; you lose on favor and they don’t put pressure on your opponent
-No early game, or late game really
-Pretty limited options, and a lot of bad ones

Spawn of Callaryn is pretty good at pushing back some Aggro, and unlike most other Structures, it can attack. Labyrinth Guard is a big frontline that is hard to get rid of, but now Deception can just steal it with enough strength reduction. Fortified Acropolis is decent if it sticks, and can actually damage Gods (but doesn’t grant favor).

Notable Cards Not In My Deck

The Pools of Nemesis is neat, but very slow and doesn’t have any defensive traits. Monolith of Storms was once used in Aggro/Draw Magic but it has basically disappeared; it used to be good, and fun too if it sticks. Honestly, nothing really exciting here.

Other than Magic which has 16 God-specific Structures, Death/Light/Deception have 4, Nature has 3, and War has 2. There are some interesting Structures for most Gods actually, at least it has that going.

Coming down to the final tribes! Next time it will be Vikings, hopefully it can get some wins not like this last weekend haha. It was just sad honestly. I'll be in Vegas for a bachelor party though so it'll be to wait for another week! Which is probably a good thing since I have a long climb back to Mythic haha.

A whole lot of nothing, except maybe a couple of useful rares.

Wow. Lots of respect for sticking with this deck for 18 games!

Hahaha it was sad but I'm dedicated :p

The structure payoff cards aren't strong enough to justify running the tribe in this meta.