Working on art commissions has been a very good learning experience for me. It is also something which has been a huge change for me work wise. I sometimes do find myself juggling between different things but it is also what keeps it so interesting.

Sometimes it can get a little overwhelming for the mind when you have to foresee a month or two in advance. And it gets challenging when I find no time for myself or for those sketchbook expressions that I like to do. They are great stress busters for me and helps keeps the creative juices flowin’. 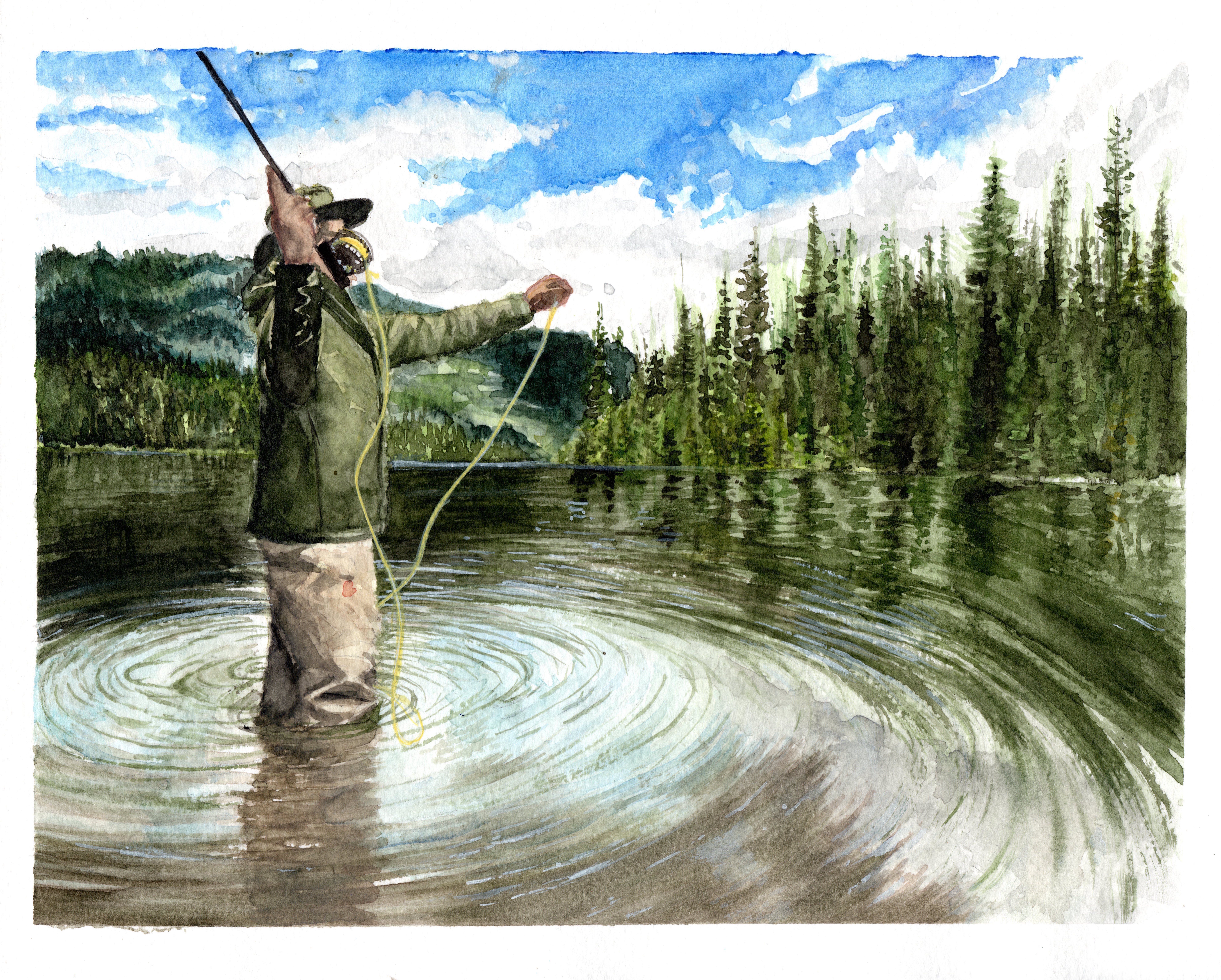 A watercolor piece that is more on the complex side!

Nevertheless, I am grateful because I believe that working for commissioned pieces has pushed me out of my comfort zone too. There have been so many instances by now where I had to work on a piece which seemed something I wasn’t ready for. (which I normally wouldn’t do by myself) But with a leap of faith I chose to do it and it showed me some interesting things about myself as an artist! Yes, there have been things that I have learnt while doing a project and it was super amazing to see the human capacity to learn and adapt so fast.

For example: Painting water was something that even till the previous year made me super uncomfortable because I gave up way before even attempting it. Because it seemed so difficult and since there was no “requirement” as such I kept ignoring it. (Yay me!) Call it universe’s way of playing with me, but most of the commissions I received had water bodies in them. But since there was no escape I had to face my ever present fear of painting water. 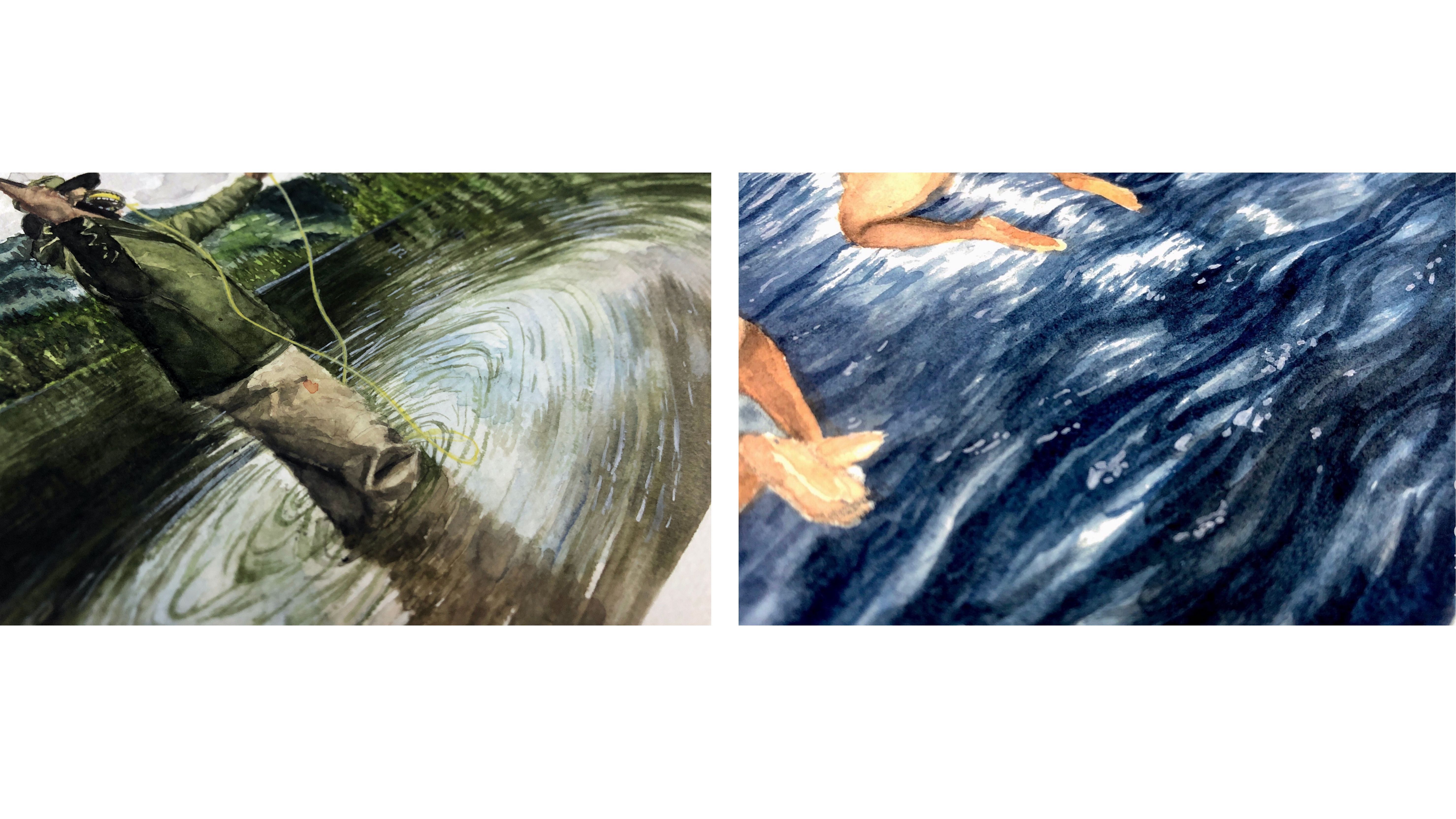 It was a little scary in the beginning because when you are done with almost 80% of a painting, the uncertainty of the remaining 20% is nerve wracking. Especially when you are on a clock. Again, with some patience and observation I was actually beginning to break down the layers of water in my head and slowly work to paint it. They have also allowed me to step inside a picture or an idea and visualise better.

And coming back to juggling between different things, I have learnt so much about time allotment and having the discipline to see it through. It threw procrastination out the window and well..that alone is a huge removal of barriers. 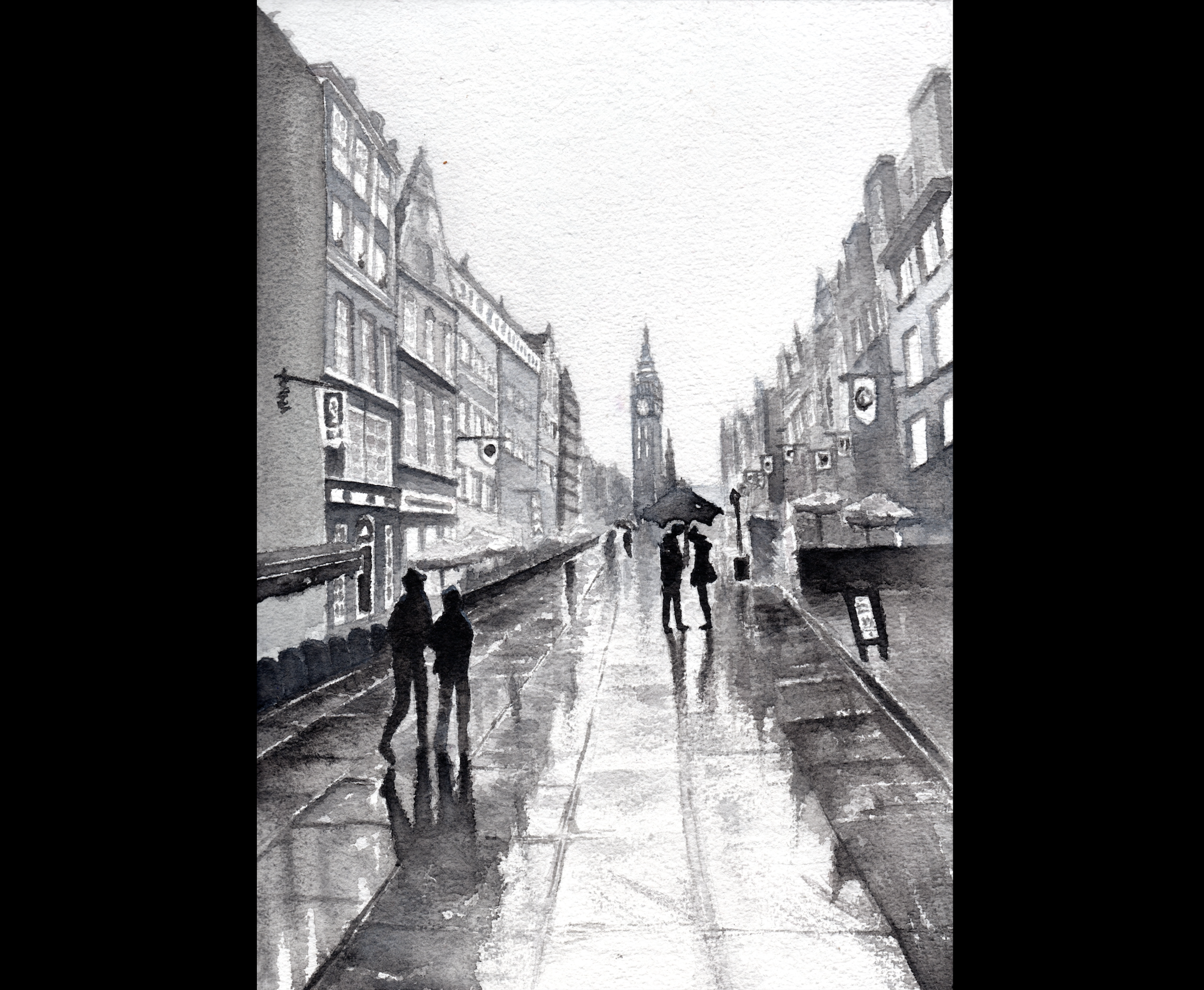 This has also enabled me in taking on commissions effortlessly, also by understanding the value of time and effort put into them. If a project seems like it could potentially hurt me as an artist I prefer turning it down and vice versa if there is a potential for growth. It has instilled in me the sense of being super responsive and making fast decisions.

The over all experience has been very pleasant and yes there are tough days but hey, the road is long and that’s how you learn..right? :) wow, these paintings are really nice. i often wonder how the colour for water is gotten

Thank you very much!
It has mostly got to do with light bouncing off as reflections of surroundings, which helps in making the water visible :)

You paint gorgeous water -- and the rest is gorgeous too!

Aw, thank you very much! Really appreciate it :)

these watercolor paintings are great!

Amazing artwork. .keep it up

It takes a lot of courage to go out of ones comfort zone. It's good to see that you're growing and improving yourself. Most times, we need someone else or something to push us, and expand us. Your artworks are truly beautiful.

Aw, thank you! It depends on if we are okay with where we are and if not, the only other option is growth for which one has to explore unfamiliar environments :)

There are pretty awesome watercolor paintings. I like your passion and today's collection.
First one attracted me lot.

Thank you very much! I am glad you enjoyed them :)

Congratulations @aishwarya! You have completed the following achievement on the Hive blockchain and have been rewarded with new badge(s) :

Yeah, things that push you harder, brings out the best out of you.
I think the commission paint is escalating you skills according to your writing.
I most also say you are wonderful in your painting.

Agreed!
I appreciate it, thank you so much..

Will be expecting more most on painting, I am aspiring to be a good artist in drawing and painting

Yes, you should keep practicing and share your work here on hive.

You are really a talented artist...

You've got some wonderful watercolor paintings here, and taking about commissioned artworks, I'm also an Artist, and there has been many time that I just reject works and prefer to just keep developing myself.

Yes, it’s all about personal satisfaction and whatever fits you at then end.
Thank you very much! :)

Yeah, you're so right. You're welcome.

Yeah it's good coz if you work in your comfort zone that mean you are doing someing you like but not improvising.
But when you go out of your comfort zone you will get to learn something. That's a good step you choose.

Indeed. Gotta step out and feel uncomfortable haha! That’s the road to growth :)