Smoked Out: Back To Muggleville

So the camping trip got cut short. Smoked out.

Fires in the US - rather thoughtful of “climate change” to so respectfully stop them at the Canadian border - sent massive clouds of smoke covering nearly all of BC and southern/western Alberta. Not doable for biking or camping. So, back to Edmonton it was - should I have desired clean, breathable air.

Or should I say, Back to Muggleville.

When the mandatory mask (in public indoor places) bylaw came into effect August 1 here, that was my cue to G.T.F.O. and stay out for as long as possible. The entire vibe of a tyrannical government body forcing muzzles - even if I could claim medical exemption in establishments that haven’t gone full-out fascist - does not work for me. Granted, I planned out how to cope... order everything I need online, including groceries and whiskey. So having to patron these places swept by the wave of madness was not an issue. However, I’m not feeling like staying in my parents’ house 24/7 either, and at the least, missed hanging out at Remedy Cafe on Whyte Ave for the fresh energy of being around people. (Okay, mostly college girls, to be honest.)

Yet, even just driving through the city has been testing.

(Oddly, first coming back on Sunday night and following the instinct to drive through rather than around the city, there was a surprising sense of feeling good being back in the city... which quickly vanished the next day).

Not only are people complying to the muzzles in public indoor places, there are muggles everywhere wearing them while walking alone in the streets. (And nothing new, driving alone in their cars.)

What the fuck has happened to people’s brains? 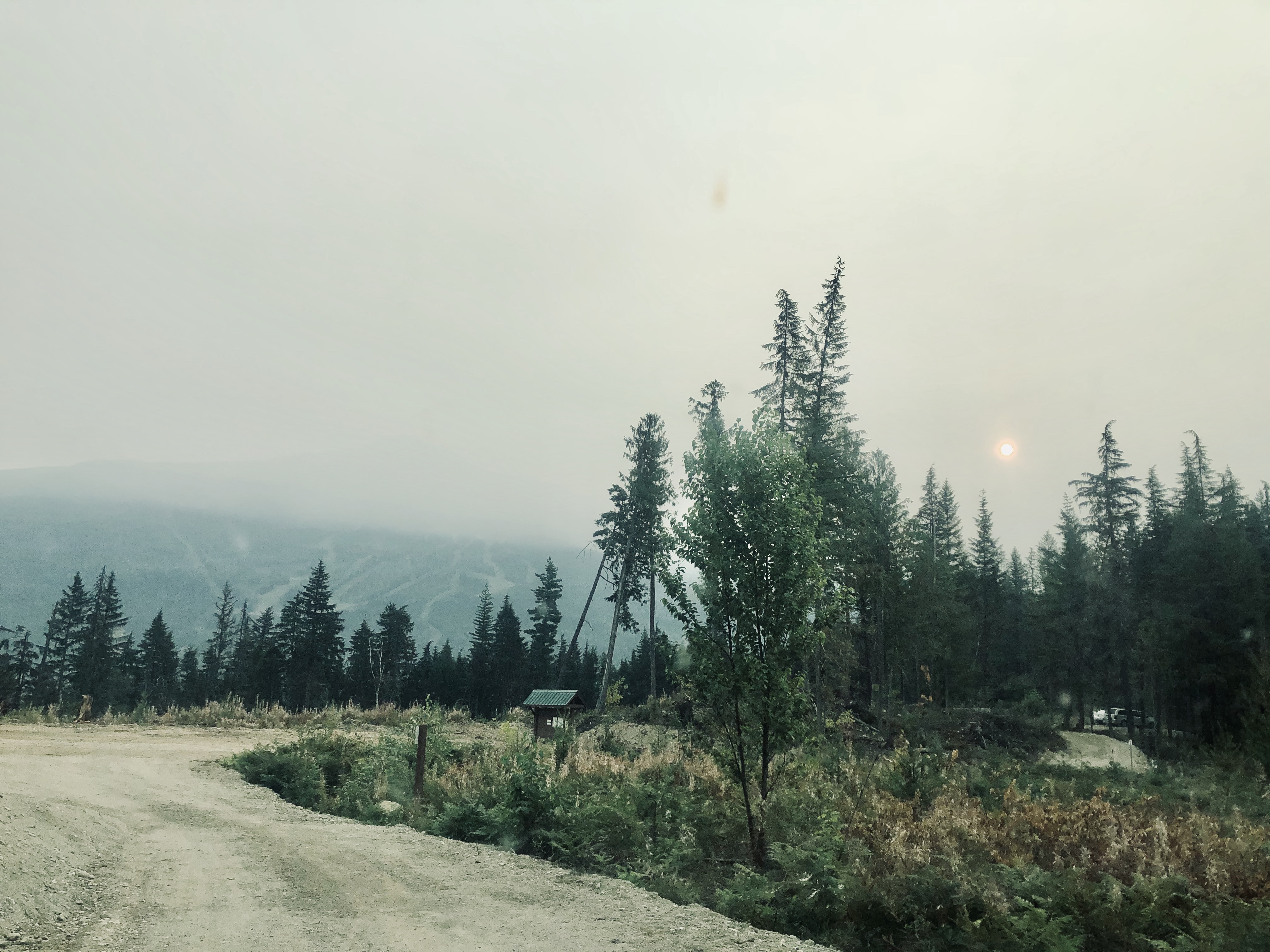 There was serious neurotic activity, anticipating a possible return to Remedy...

Even though I ended up purchasing a cool-design “neo-scarf” / “neck gator” in the rare case I actually needed and chose to surrender to the bullshit scam in order to get into somewhere, the idea of actually submitting is one every cell of my body has screamed loudly in opposition to. And from what I’ve heard, there have been many businesses that - even despite no actual legal requirements - have fallen in line with the bylaw and required their customers to wear them. And let’s consider the logical soundness of this, when it comes to food establishments...

Customers are required to wear a mask when entering the venue. Yet they can take them off when seated.

Let that sink in.

Of course, anyone with half a brain and has been doing their own independent research into a full spectrum of perspectives could tell you masks are fucking useless. And in spite of the CDC outright stating masks are useless to filter smoke particles that are at least seven times larger than any virus... anyone who takes a look at this logically and still thinks there’s a valid purpose to masks must have a brain that’s completely broken. 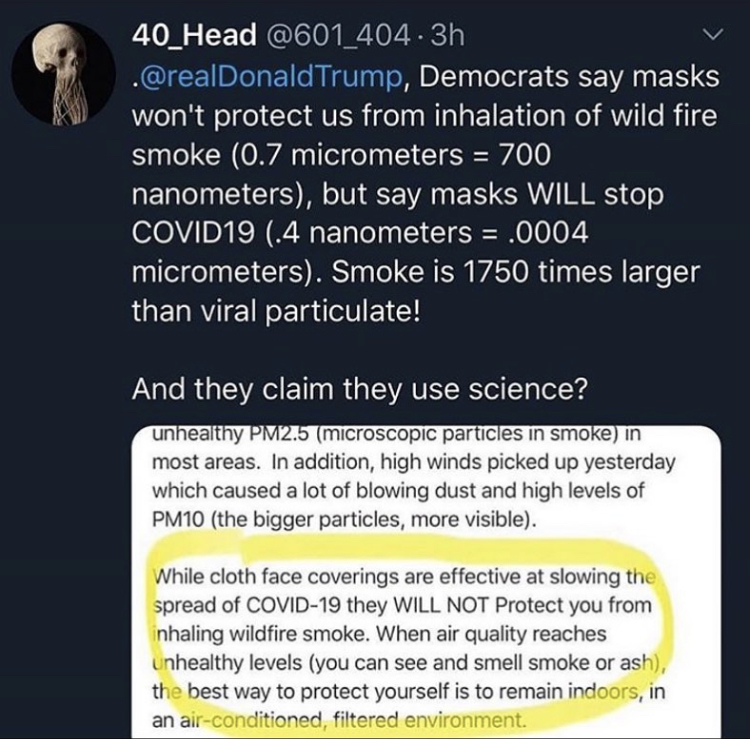 The dilemma, and complex algorithms of the decision-making process...

If Remedy happened to have fallen to the dark side, would the upsides of going there outweigh the downsides?

If they told me I needed a mask and didn’t simply accept a declaration of medical exemption, would it be worth proceeding to have any logical conversation? Would a fight be worth it?

If they wouldn’t budge, would 1-2 minutes of wearing the designer neo-scarf be worth the hours of refreshing energy around people? Or is this principle that important to deny myself the energy and keep myself in a depressing isolation for months?

Yeah, I may get neurotic at times. But it is what it is.

And after burning probably hours worth of energy on these mental gymnastics within the first 36 hours of being back in the city, I decided there was only one way past it: testing the waters.

While they do have a sign on the door saying masks are mandatory as per bylaw, I walked straight up, put in my order, with the staff saying nothing.

Yet, I can’t exactly say it was a total victory, given I’m still sitting here in the middle of Crazyville, watching these muggles in their muzzles - as though it’s serving some holy purpose as they walk through half the restaurant, and that purpose completely loses its foundation as they go to the other half.

As though a virus the CDC, WHO, and governments downgraded to nothing more than a common cold months ago will discriminate between whether people are standing up or sitting down.

Am I being “negative” to address this collective insanity?

I mean, I just got back from two months of camping & biking, have a nice roof over my head. Money’s good. Health’s good. I got a shitload more freedom than a lot of people in the world. Have I just been allowing myself to get distracted and caught up in self-debilitating emotion over the movie playing out in the world right now - myself walking a fine line of infringing upon others’ sovereign right to participate in the greatest lie we’ve ever seen in our lifetimes and subserviently muzzle themselves as per their own free will?

Have I, myself, fallen to the dark side with such concerns & distractions - rather than simply focusing on my own business and putting my energies to “better” creative, productive use?

Though, the question arises: what “should” I be doing instead?

The mind thinks maybe I “should” just take this time to get back to music, as that seems like the logical thing to do. Yet, acting upon logic rather than inspiration tends to not be the optimal creative strategy - and I haven’t been feeling the inspiration yet.

Writing... I dunno. Similarly, it feels there’s a disconnect. The same motivations I used to have aren’t to be found. The book project I’ve had in mind for years that seemed to be getting reprioritized, I’m not feeling. And while there comes the occasional idea about doing an entirely different project - perhaps a work of fiction. Though again, t’is something feels that more like a mind-driven “should” type idea than something to be correctly responded and entered into correctly from inspiration.

These types of blog posts... I dunno if they’re really actually adding any value to anyone’s lives, or they’re just burning time on useless rambles. Though it feels more satisfying to be out here among people, sonically-isolated with headphones and listening to music, rather than in my parents’ dark basement. And as much as I’d love to move to Revelstoke or Fernie, those aren’t really options unless I wanna live with random roommates or spend a foolish amount on rent.

So... what the fuck am I actually doing here?

Yeah... it feels like microdosing may be a key part of the answer.

And go figure... t’is actually possible to buy psilocybin mushrooms online in Canada now. At least that’s some progress for our collective, in spite of all these other backslides into fascist mandates and erosion of freedoms.

What shall it take to “make the most” of the situation here & now? (Besides the mushrooms.)

Hopefully the smoke in BC will clear soon so I can get back out for at least a few more days of biking in Golden.

And I’ve got three old friends to catch up with here that may hopefully bring some other refreshment.

Blah, blah, blah. Same old looking to the future rather than being here in the present. I swear, it never used to be like this.

What would it take to be inspired for music again?

What needs to happen to reconnect to that same passion I used to have for simply playing & enjoying the exploration of sounds in my parents’ basement, and to surrender to that passion once again?

Cuz at this point, that may be the only thing to balance out and refuel some sorta constructive movement forwards. Merely watching the show is getting kinda stale.

Some romantic action would be pretty nice. But... ha. Tinder banned me - which probably was a blessing in disguise. The selection on Plenty Of Fish is even worse. And I could probably sit in this cafe for a month straight waiting for a solid prospect I’d actually wanna connect with, like looking for a needle in a haystack. (Although it might prove a good filter here to see the every one out of hundred women that also don’t wear a mask between the door and their seats here.)

Maybe this is the classic “on the roof” phase for us 6 lines... slowing down to observe, rather than push aggressively with the same type of action that characterized our twenties.

Hopefully there was something worthwhile of your reading in here. Probably time to stop now as beginning to bore myself.

I've seen people in their 80's with masks on outside on a hot day. I've shouted to them to take them off as nobody is near them. I can't believe how quickly people are brainwashed.

I hope people are beginning to realise there's no logic to the rules. It will be interesting to see how people react, if there is another lockdown.

I am amazed at the number of people who just rolled over for the lockdowns and other government mandated crap. My wife and I have taken up walking to exercise and get healthy. It’s incredible when we’re passing folks how quickly they put the masks on. Didn’t know you were from Edmonton. I watch that Curiosity Inc guy on YouTube sometimes. I like to watch him hunting antiques. Truth be told haven’t been to Canada in decades, and then mostly the Montreal area. I’ll have to make it a point to get out west to your neck of the woods. Maybe after all this virus craziness is over. Anyway, hope you can get back out to camping.

Muzzles, sheeple, is this an awakening yet?

If I weren’t getting a broader perspective via the internet of the many who are, I certainly wouldn’t think so going out amongst the common folk where I’m at...

People that wear them alone in their cars drive me crazy. I bought a gaiter a while ago and I love it. I can just keep it around my neck all the time and when I need it it is there. If I choose not to wear it, it is still there.