Fireball Catapult vs. T-Rex - LMAC Round 75 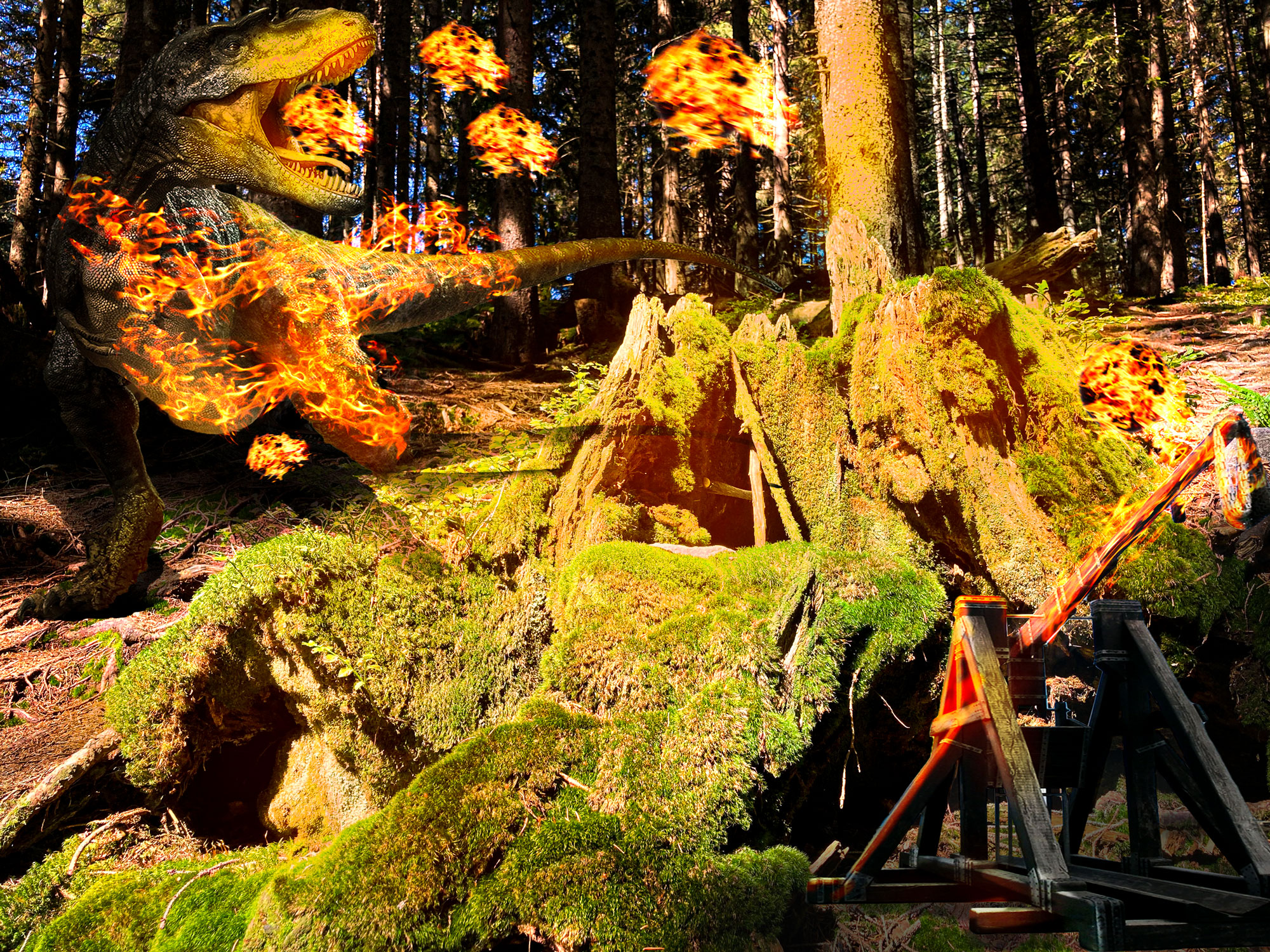 Digital artwork I've made in Adobe Photoshop 2020. @shaka - the host of LMAC provided us a forest photo. As soon as I saw the photo, my imagination decided it will be a war between some big creature and people throwing spears. While working on the idea I tried to make the ideal "storyboard" at the first place. The more the idea was worked out, the more it tend to be dinosaur vs. fireballs and I liked that scene much more than warriors throwing spears. This time, I managed not to change background at all like I did last 2 times. It's time for something new, and this time it was about playing with space and perception.

Firstly, I had to find dinosaur, I mean... I didn't had to, I wanted to, but the tricky thing was to find it in right stance, that will fit my perception. Honestly, it wasn't easy, but I found a photo which I flipped later in Photoshop and it turned out to be really good. Rarely happens, I won't complain!

Second this was to find a good catapult photo, which wasn't easy either. Catapults are weapon used in ancient times and it's not easy to find it on modern websites. Actually I found decent photo, tweaked it a bit in Photoshop and voila, got my second most important element!

Fire and fireballs I wanted to make were other tactics. I made them separately in Photoshop as well. Downloaded Fire photo, put it in Screen Mode which removes blacks from photo so only fire remains. Made fireball from crack texture - and it ended up pretty well too! I'm going to show you downloaded photos, their sources, and workflow of fireball right below. 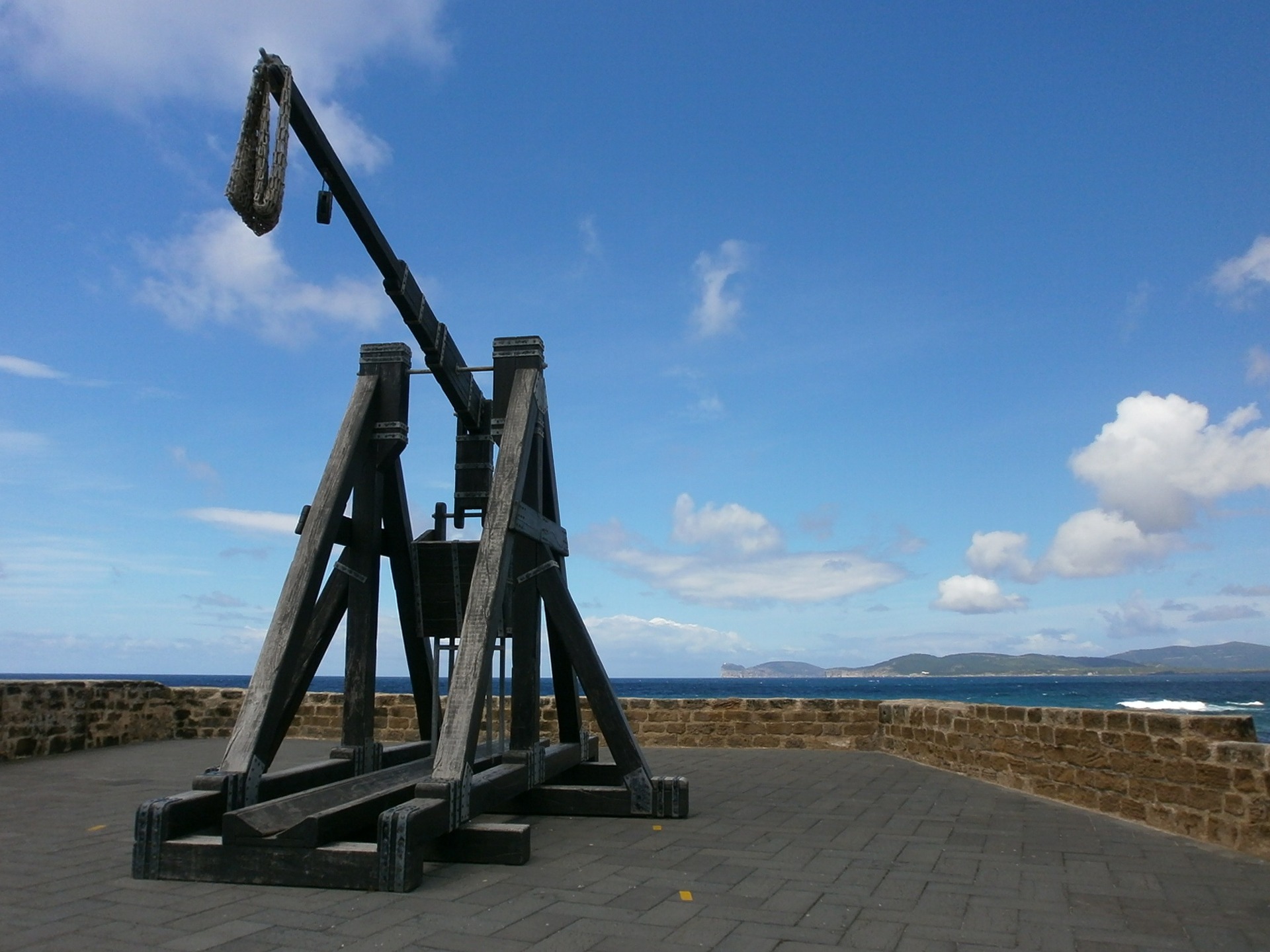 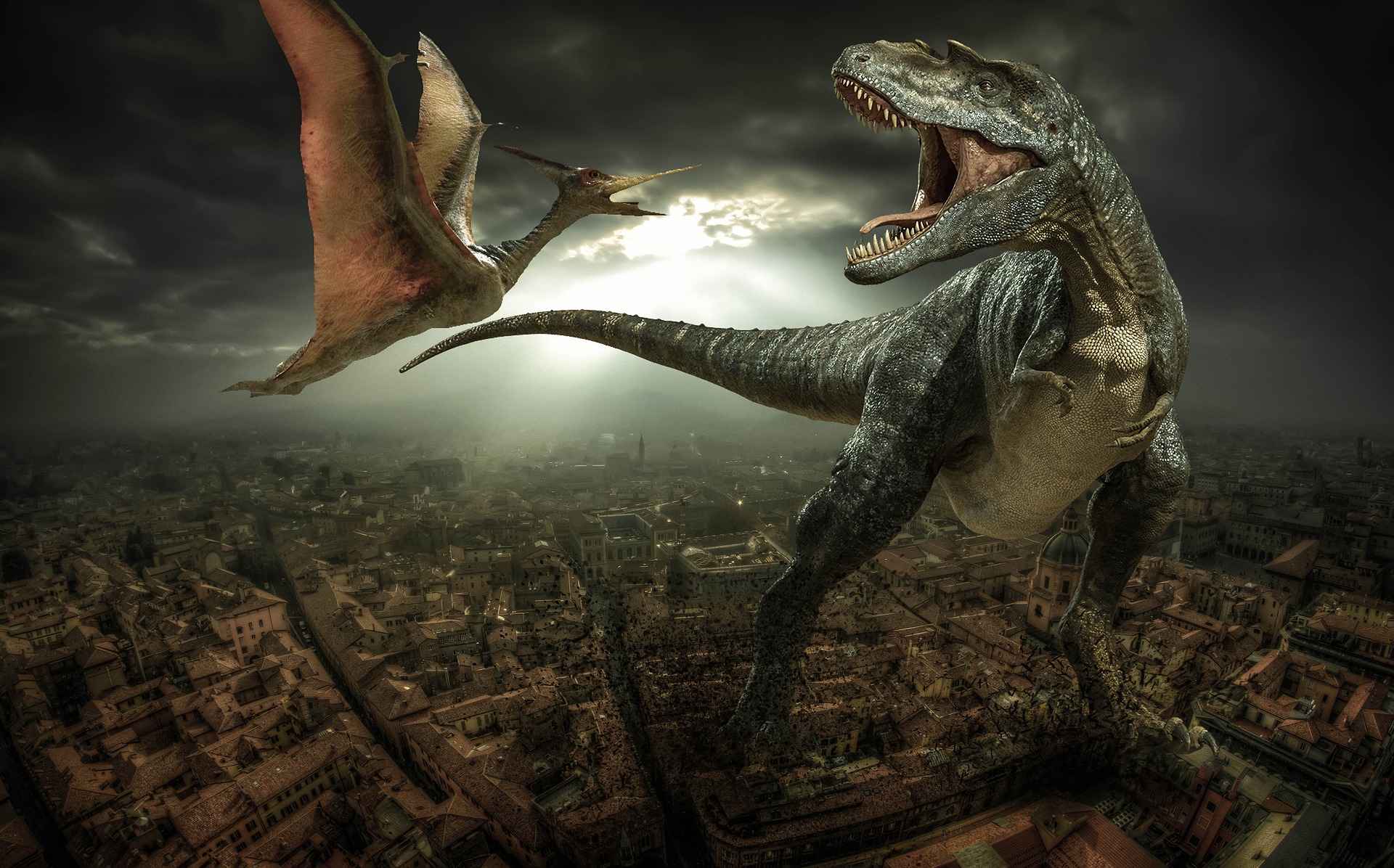 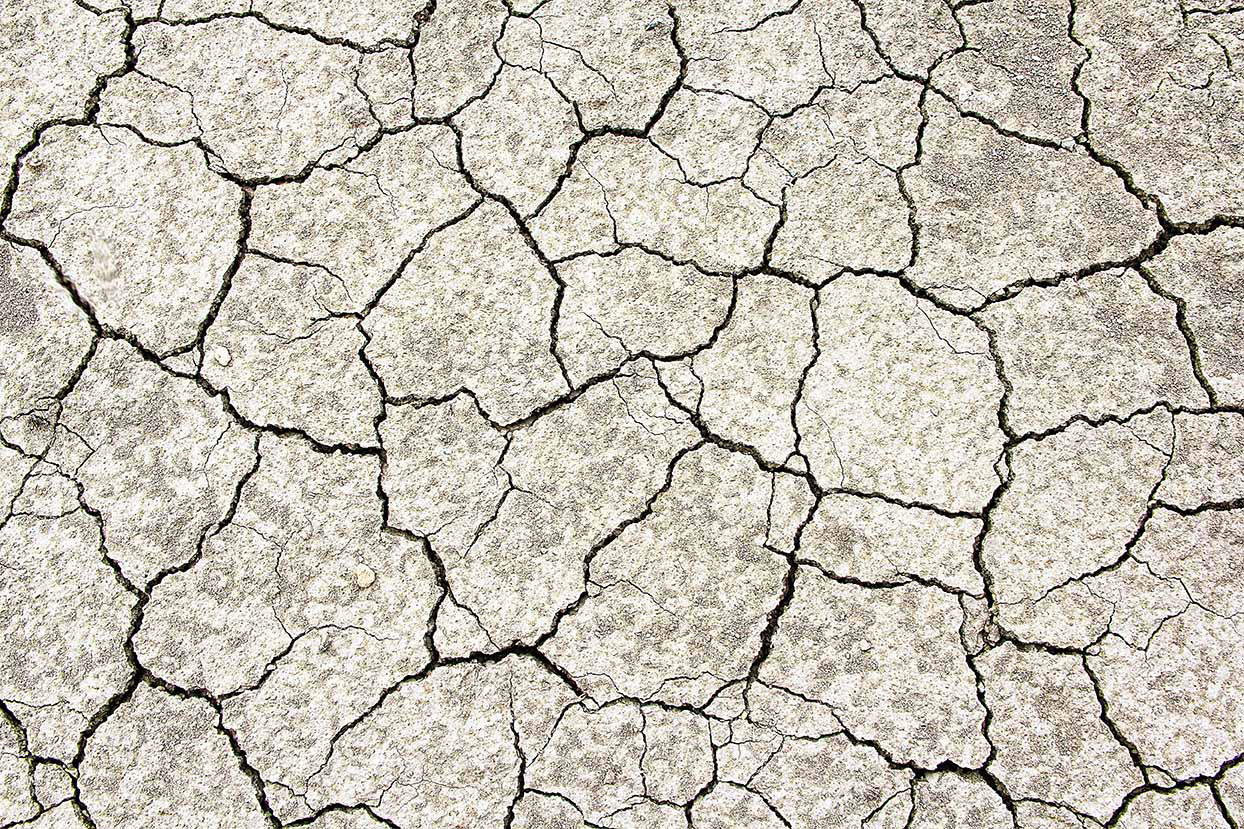 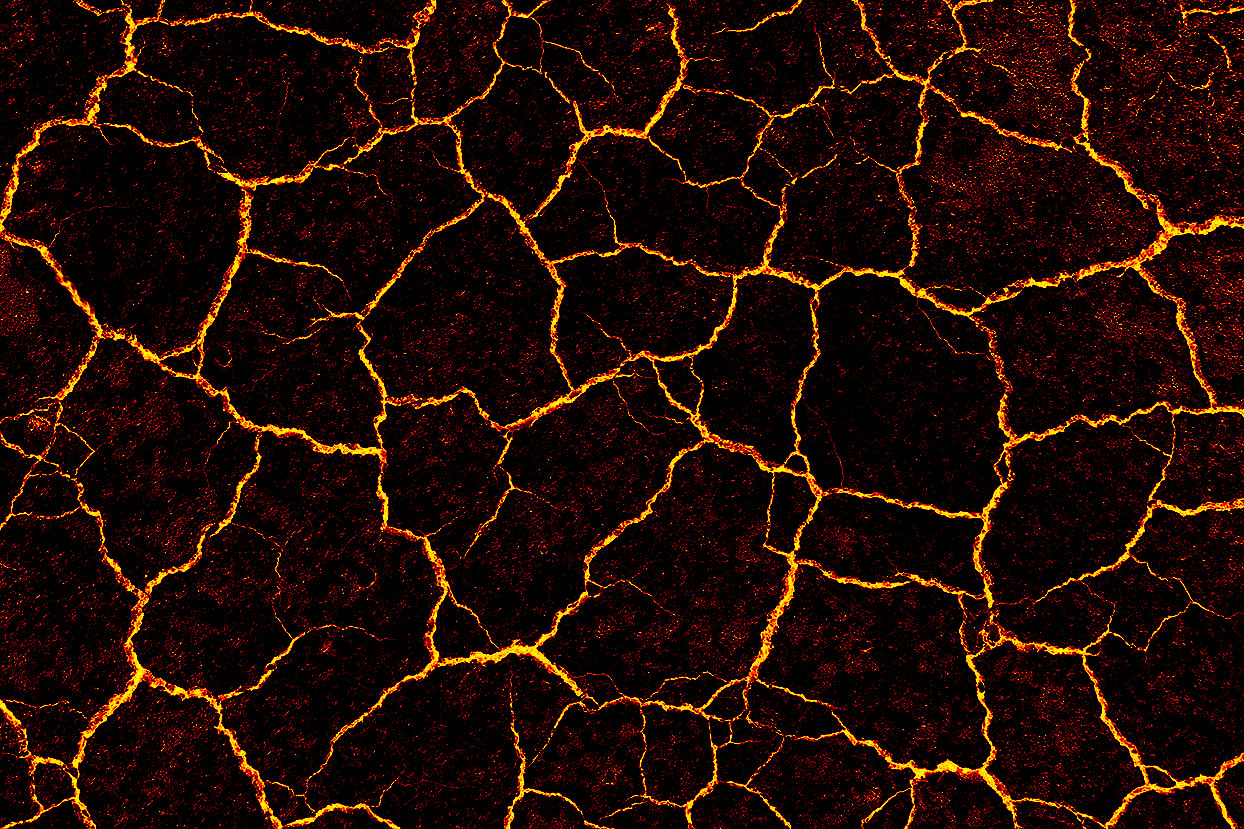 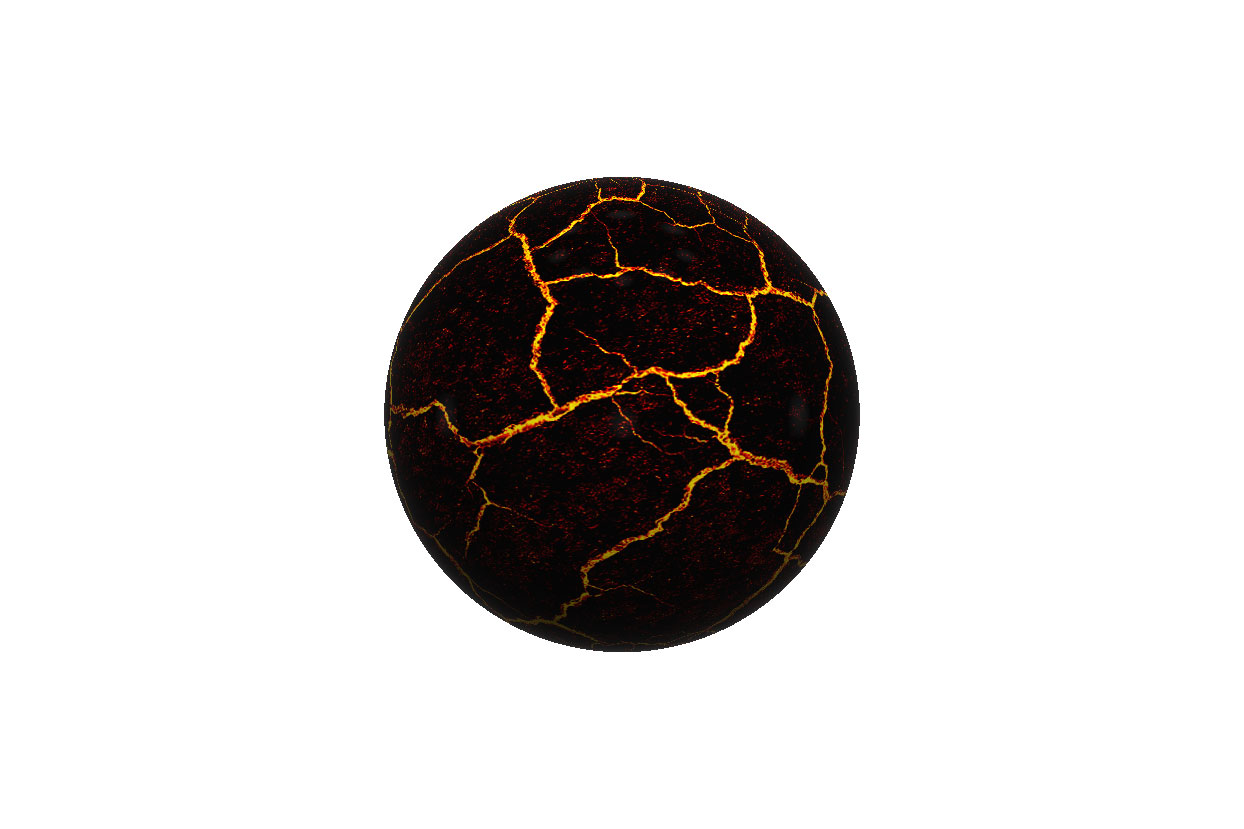 Let me explain the workflow in order: 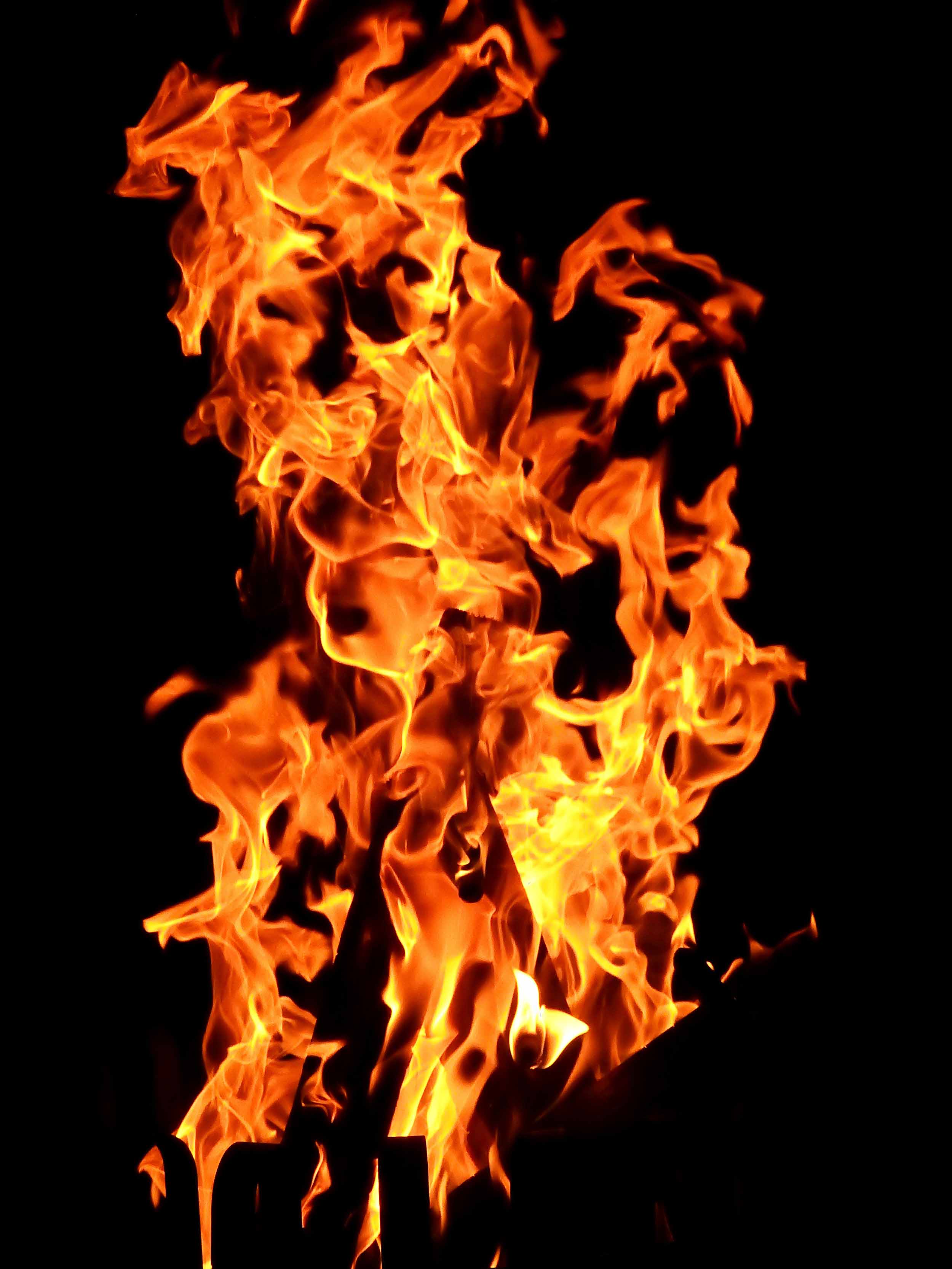 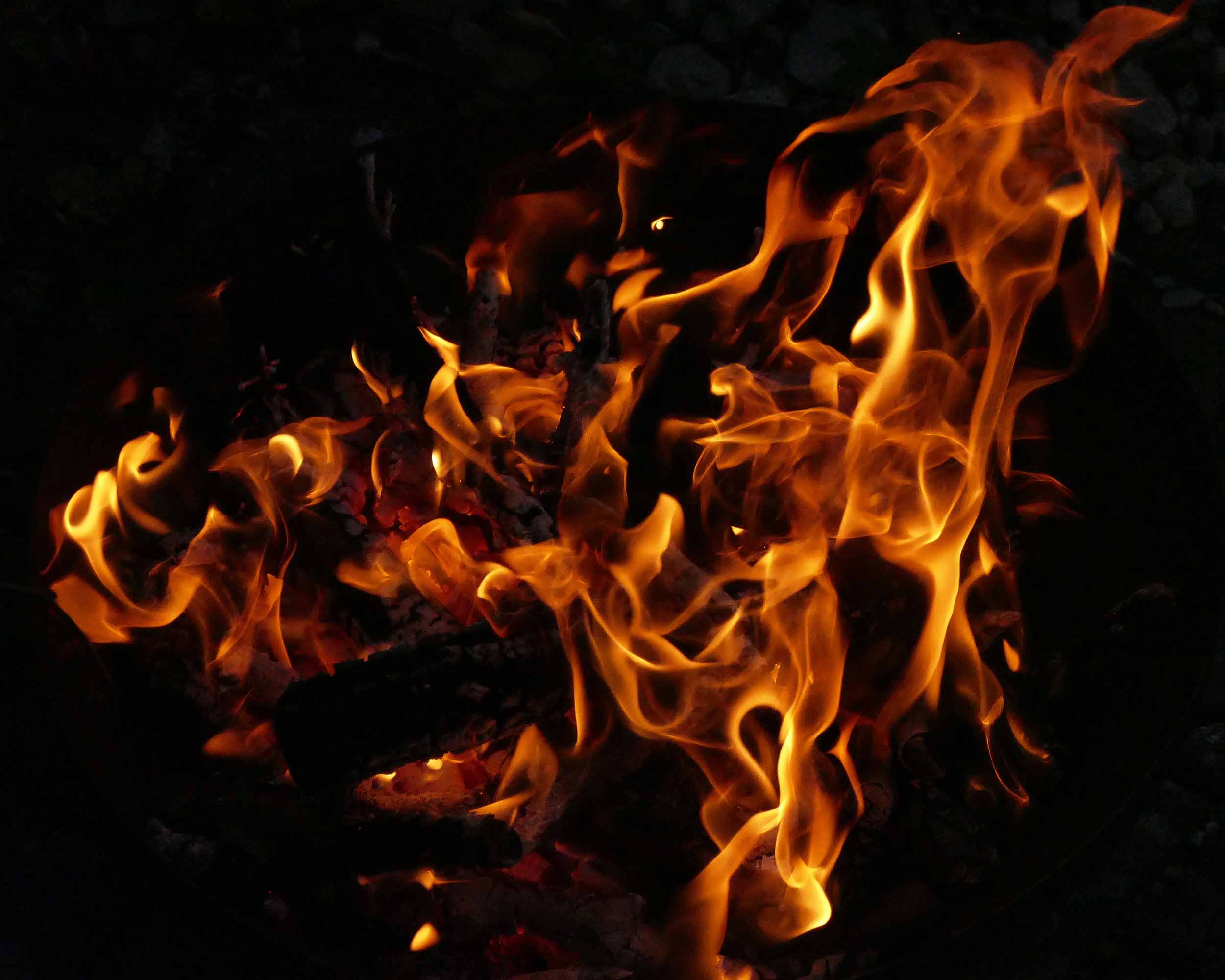 Take a Look of the Finish Now When it's All Explained

For the end, a little color correction always comes in handy to make the details stand out. Actually, in every project the last fine step is CC - that's kind of my author's watermark to the work. I like Highlights more pronounced with Blacks & Shadows a little more withdrawn. That combination gives a nice contrast I really like.

Whole design and Photo Manipulation was done in Adobe Photoshop 2020. 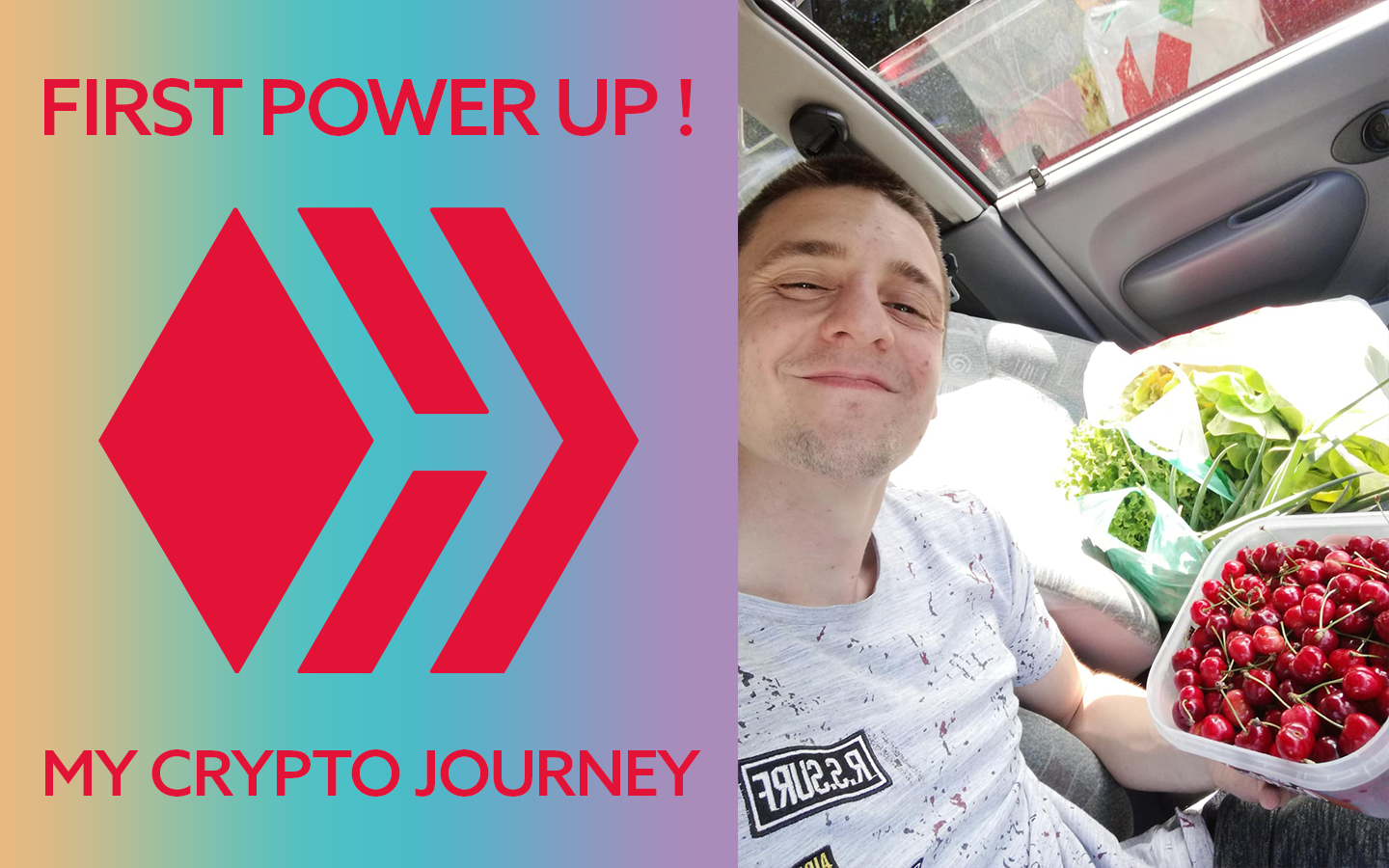 I wish good luck to all of participants of Let's Make a Collage Contest of round 75.

Have a wonderful day. 💚

Hi @tonac, that‘s quite cool! Good luck in the contest!

Thank you man! Wish you luck too

Hey @tonac, here is a little bit of BEER from @dzoji for you. Enjoy it!

Hi, everything is perfect, your collage, your detailed explanation.

World on fire, catapult on fire, dinosaur on fire!!!!
The great war is on!
Love the scene @tonac.
Best of luck!

I'm very glad you liked it! Thank you dear 😊