It's legal, but is it right?

Hello dear community, being in the middle of the week I would like to share the following post, which was inspired by a phrase I read recently and led me to reflect, to think a little about the reality we are currently living, and some discussions that have been left behind or set aside, but I would find it interesting to discuss something from the following sentence:

"The system wants you to think that what is loyal is right, but remember:
Slavery was legal.
The holocaust was legal."

What did you think of what you read before?, the truth is that for me this was quite conclusive, because if we go back a little in history, not much, you know, 150 years ago, countries in Latin America, countries in the Caribbean and Central America were in a social condition in which slavery was something normal, not bad at all. And even as we enter the 21st century, this past century being one of those that has so far served as a reference for great technological and medical advances, there were countries that were still in the condition of colonies of other powers and even slavery was normal. 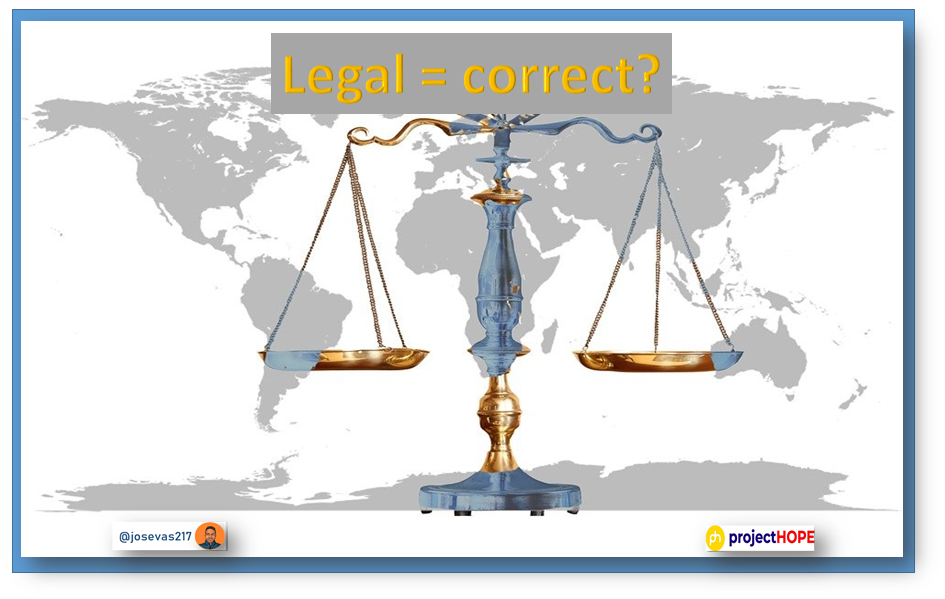 Without going very far back in time, even in the 1960s, in the country that was already a great world power at that time, the United States, there was a very marked distinction between what could be used by people of African descent and whites. Although that has now diminished, we are still in the presence of much of this. 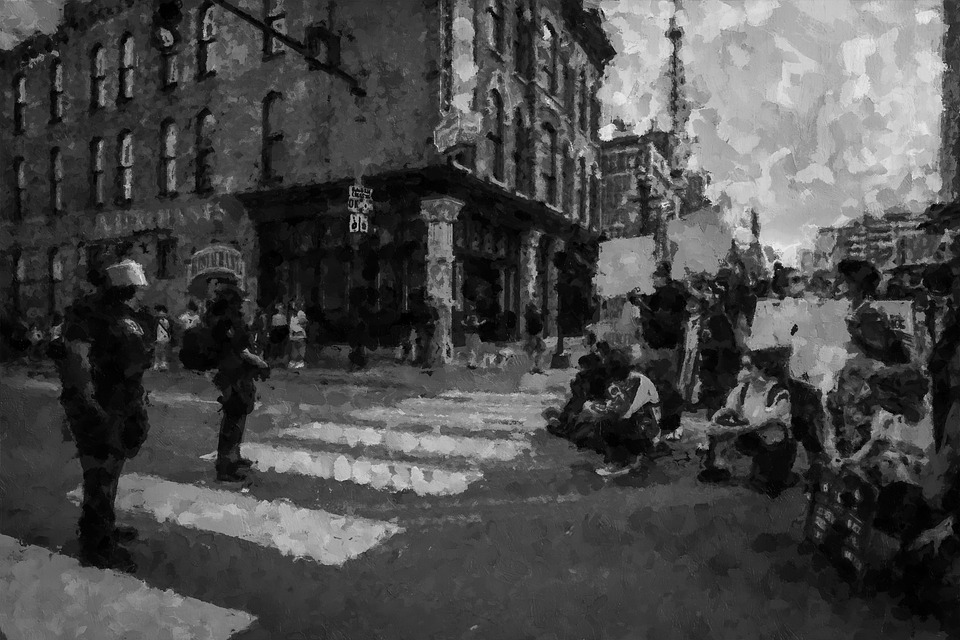 We can find a lot of content (writing, videos and photos) that talks about dark skinned people going in the back of buses, and even specific bathrooms for black people, for example, and that was law at that time, but was it right?.

We enter here into a transcendental subject, which encompasses the ethical, but beyond that, the moral. Because we are talking about a World Power, we can imagine what was and probably is happening in countries with less development.
I could also talk about something that I find truly abominable, and it's legal, which is the LAPIDATION. For those who don't know what this is, I'll explain:

It is a practice in which they bury the person who has committed a "crime" only by leaving the head exposed and then stone him or her to death.

This is a religious practice, What do you think? not only is it legalized in many countries but it's a practice that is of Islamic law, of course, from a fanatic's point of view, they might say it's okay, according to their beliefs, but is that really a right thing to do? Of course, I know that some will tell me that "everything depends ", but if we talk about elementary human rights this practice breaks everyone... I know that talking about religion is always very delicate, but to protect oneself from it to commit these terrible acts is legal, but for nothing, in my way of thinking, it would be logical, Never.

In many countries (most) drinking alcohol is normal and legalized, but smoking marijuana is criminalized. We go, if we analyzed the effect that has the marijuana in the organism in comparison to which produces the alcohol we could give accounts us of all the harmful effects that have the alcohol from different points of view. At level of the organism it produces deterioration of practically all the organs, affecting to a great extent the stomach, the brain, and nor to speak of the liver. And if we get into the social aspect, the amount of traffic accidents that occur as a result of its intake is enormous, domestic abuse among many other things.

Now, if we evaluate the effects of marijuana, they have nothing to do with the effects of alcohol. Nevertheless this last one is legalized in almost all the countries of the world, but the marijuana not, and even, the medical use of this one is limited to a great extent in many sites in spite of which scientifically it is proven that it has a positive effect in many pathologies, including praises that originate pain.

Is it legal to drink alcohol, but is it correct?

This is how I conclude my approach, I would like to know what you think about it, thank you very much for reading me.

When I read your title the apartheid and the segregation laws also came to mind. Indeed not all that is legal is right. Laws change over time and laws should every so often be examined and evaluated if you ask me, especially those antiquated laws. Even some laws in the Bible are controversial if you ask me. I wouldn't stand for it to let a woman get stoned, because of adultery. Such matters and issues should be between those two partners and God.

And here's some virtual !WINE
I don't think this will cause damage 😂

YES, there are definitely many things to consider when looking at any situation. Not only from an emotional or personal point of view, nor only from a religious or social one. Everything must be contemplated. And really things are changing, everything changes, you have to adjust, but for the better.

Thanks for the wine, even if it hurts (excessively) I can still drink it... it's legal.😆

Hahaha yes wine is legal, even the Bible mentions it 😅

You are right. When looking at these issues, a lot of thing do have to be considered and not just the emotions or beliefs of certain groups. Unfortunately not everyone understands that part.

hi dear @josevas217
It is sad to think that at some point slavery was legal, I believe that the people of our country, although if they have freedom for certain things, they suffer financial slavery, people earn between 10 and 40 dollars a month, that is financial slavery and it happens today.

Nevertheless this last one is legalized in almost all the countries of the world, but the marijuana not

I think the world is becoming aware of this issue, as with gay marriage, people have realized that they are things that do not affect anyone, and in the USA in some states it has been legalized, which indicates that in the future will be legalized in more countries

Hello @ramsesuchiha
Yes, there are substantial changes in social movements, in policies, among many other things. Let's see what happens next.
Thank you very much for commenting.

What did you think of what you read before?, the truth is that for me this was quite conclusive, because if we go back a little in history, not much, you know, 150 years ago, countries in Latin America, countries in the Caribbean and Central America were in a social condition in which slavery was something normal, not bad at all.

still slavery is happening in many places. As you said it is legal also in these places. Here we have Caste based slavery. Not everywhere in the country but we can't change the mind of those few people.

Hello @luckyali
I've heard that about castes. It's amazing that these things still happen. I know that's very marked in society. But as you say, it's hard to fight against it.

There is a form of modern slavery, look no one buys African slaves anymore, but the opportunities for black people, Latinos are closed in an environment where the wrongly called racial purity predominates, in full swing of the XXI century is so that these things were not seen but still is seen, is what he called a new form of domination and slavery.

Greetings, my good friend, your reflection has made me think about so many things.

Hello @sandracarrascal
Yes, you highlight a very important point. It's absurd that at this point we have these kinds of attitudes.
I'm totally opposed to that kind of thing, and people who have a certain degree of racism or something like that for me are not trustworthy people.
Thank you for commenting.

Hello friend @josevas217 an interesting topic, we can also see that smoking is LEGAL but it is not the right thing, thanks to it many people have died due to certain diseases such as cancer. I believe that each person will have his own point of view, but there are many things that we do not agree with that are legal. Sometimes justice is not the most appropriate but that is life and we have to get used to it. Greetings!

Hi @franyeligonzalez
Yes, I hadn't thought about the cigarette. But it's true, it's also quite harmful and yet it's legal. But as you say, we have to learn to live with it. There's no other way.
Thank you very much for commenting.

In my opinion, there are things that are legal but are neither right nor moral. More so, legality differs from place to place but rightness and morality are universal. This is why we should not only seek for what is backed by law but what is backed by our conscience and our humanity.
Nice piece buddy

Hi @josevas217,
A lot of controversy behind your line of writing, which allows us to analyze how illogical our society is in many cases. I was unaware of the practice of LAPIDATION, but how such a depressing action can be assumed as something legal, sometimes our behavior goes against what we profess. Thank you for your contribution.

Greetings friend @josevas217. An interesting and complex topic, as it is nuanced by cultural aspects. But no doubt that legal is not necessarily right, drinking and smoking is legal, but not right. Just as in many countries abortion is legal, and how could that be correct? so we see that there is a lot of difference between legal and correct.

after reading the article I thought that Venezuela is the best example of this article, since in Venezuela there is a "moral power" that is constituted by people who are requested by the US justice system and there is also a judicial power that is a power where its leaders are involved in scandals that are not very moral, so, as in Venezuela, many parts of the world act badly but hide behind religion.