Technology in the study of movement / Machines in our lives (Motorcycle)

We continue with the search of any type of machine that the man has created to be able to satisfy some of his activities in any aspect, this route, is with the purpose of emphasizing the development of these machines thanks to the advances of the technology through time and equally tied to the knowledge that science has transferred to them.

When we look around us we can witness countless machines that throughout our history have undergone significant changes thanks to technological advances, among these are the motorcycles, these in addition to being a type of transport vehicle, it is also important to note that this automotive sector of motorcycle generates many primary and secondary jobs around the world.

In the previous article we referred to the bicycle and its importance in the use as a means of transport without the need for some kind of fuel, only driven by the potential energy of our legs, and thus an extraordinary alternative not to pollute our environment, however, we have always tried to increasingly facilitate our movement from one place to another, especially when the distances are very large from one point to another.

When we refer to the history of the motorcycle we must express that it is linked to the bicycle, because with this simple machine it was split for the design of what we know today as motorcycles or motorbikes, and these machines we can say that they are widely used throughout the world, hardly anyone on this planet has not been mounted on one of these machines.

As we have noticed, the motorcycle is a type of machine or vehicle with two wheels, and it is driven by an engine which allows to activate the rear wheel through a mechanism either of chain, belt or cardan, elements that we can say that they managed to evolve to the manual mechanism that represented the bicycles. 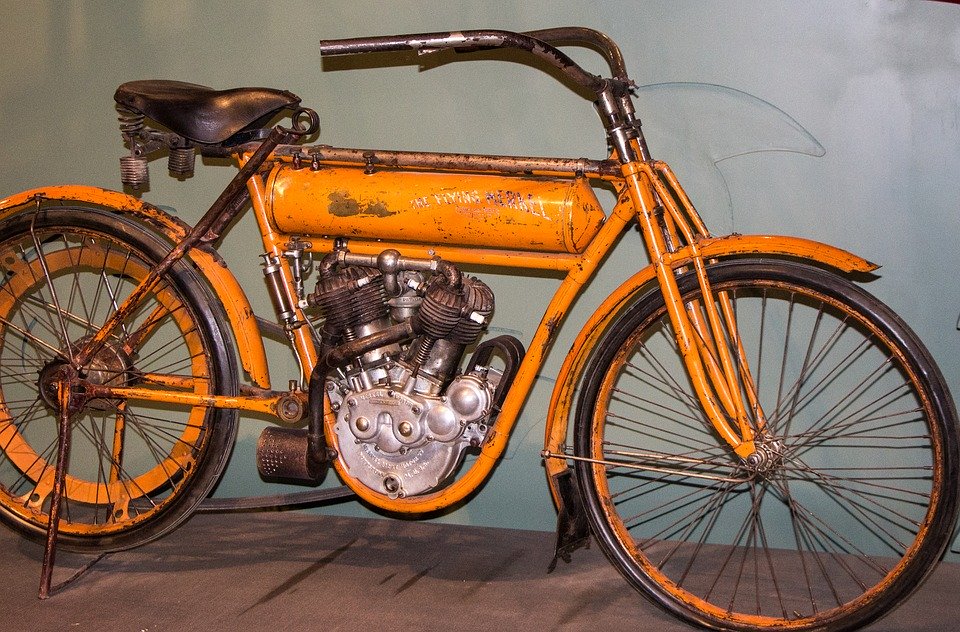 A look beyond the motorcycle

If we can focus beyond the motorcycle as a means of transport, we can say that this automotive sector manages to generate in the world a large number of direct and indirect jobs, for no one it is a secret that in our modern day motorcycles have managed to go beyond the mere concept of transport vehicle, and its usefulness or application has grown significantly.

This makes that the demand of the same ones grows and proportionally the industry that manufactures them, with greater amount of motorcycles in our streets will exist greater demand of component elements, and equally the necessity of qualified technicians like manual labor to diagnose any malfunction that we know that it arrives at any moment, therefore, a great world of opportunities for the great investors.

One more step in the search for the machines that man has designed and placed at the disposal of humanity, as we have expressed in previous articles some of these machines with their pros and cons, but the important thing is to live with them, this time we relate in a general way with motorcycles and some of their essential applications in our lives.

The use of motorcycles in the world is increasing, despite the use of fossil fuels that we know are more expensive every day, and in addition to finite reserves, but the amount of fuel consumption compared to other machines or vehicles is much lower, this characteristic is what allows motorcycles to be widely used in relation to other motor vehicles, among other aspects, such as easy mobility in large cities highly congested by other types of vehicles.

At the beginning of this presentation we could observe a beautiful model of modern motorcycle, from the first motorcycles to the current ones there are many changes that have been originated in them, starting in the generation of new and novel materials, as it has been expressed previously the important thing is to be able to emphasize the joint action between science and technology in the configuration of these wonderful and important machines in our lives.

Until another time my dear and appreciated readers.

Note: The images of my authorship were made using the Power Point application, and the animated gif was made with the Photoscape application.

Hello friend, certainly, the automotive sector is big and generates a lot of jobs.
In these parts, in Bogota, electric bicycles are used a lot, they are really motorcycles, but instead of gasoline, they use electricity. They are ecological, I think that things should be directed more towards this form of cleaner energy.

Greetings friend @josevas217, thanks for your visit to my blog and make such an important contribution to my article, that good what you say about electric bikes great ingenuity as very well expressed are ecological characteristics necessary in our time to protect our environment, Successes friend.

This post was shared and voted inside the discord by the curators team of discovery-it
Join our community! hive-193212
Discovery-it is also a Witness, vote for us here
Delegate to us for passive income. Check our 80% fee-back Program
$0.00
Reply
[-]
rbalzan79 (72) last year

Greetings friends of @discovery-it, thanks for your support. Successes.