A glimpse of Habitat centre.

sahiba-rana (62)in Architecture+Design • 2 months ago (edited) भारत पर्यावास केन्द्र
A year ago I visited IHC and found it to be the best experience so far. So I though why not to explore the structure just out of curiosity To get started let me disclose the fact that It was very easy to take permission to study the building as many people visit there on regular bases due to its's famous structure. To obtain one for myself I had to submit a letter with my Id's copy to the authorities over there. The huge building envelope is spread across nine acres of area. It's basically a multipurpose building consisting of 7 blocks which are planned by Architect Joseph A Steinin 1987
The council of architecture (COA) office is also situated here. I went here early in the morning and it had rained last nigh because of which the weather was pleasant. moreover there is always some vibe from everything. I felt fresh and joyful, due to amazing landscape, wet soil's fragrance closed environment and so much more factors were involved. The spaces were very thoughtfully planned as this is multifunctional centre thus, from offices to convention centres and restaurants to open air theatres everything is found here. The regular flow buildings were designed closer to the entrance, all the seven blocks were connected to each other through amazing landscape.
Offices were the place which weren't allowed to visit respecting professional ethics, The state of the art convention centre with guests house was entirely open for visitors. 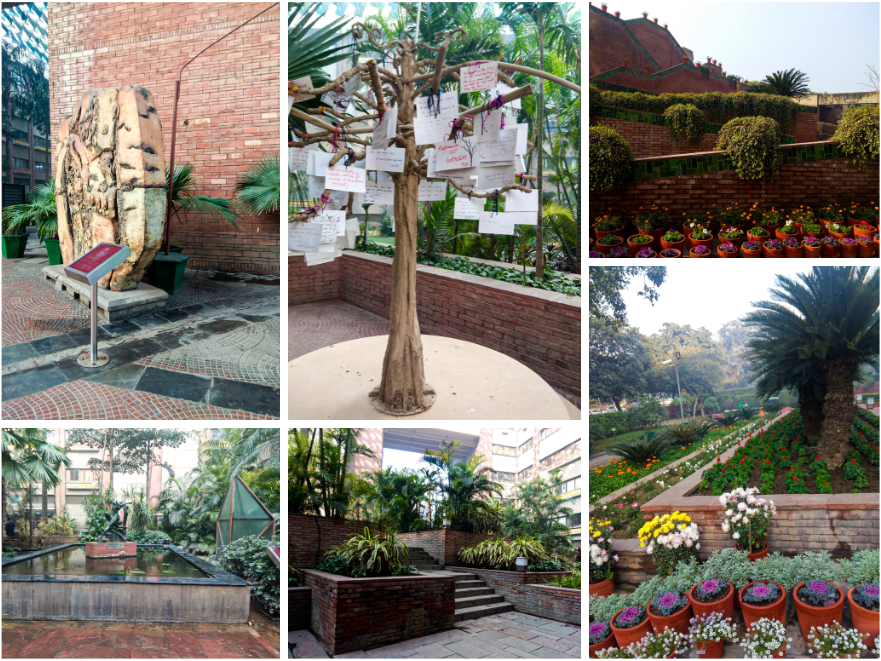 The landscape was it's forte. there were various alleys between the buildings, some had stone structures and art gallery . one of them had a artificial tree with paper notes tied to it. anyone can tie their notes. Many water bodies were there as well which helped in maintaining the temperature naturally. Moreover the presence of lush green plants and trees bought a very refreshing vibe all over. The most interesting aspect of stein design is his landscape, from making sandstone seating to creating steps and little ramps to create a contour effect although Delhi has a plain topography which clearly shows that mid alleys drop on the floor is intentionally built to bring creativeness to space.

The more traditional building material like brick was used in façade , the more modern was the interior. before switching into the design aspects which I noted I wanted to highlight the fact that it had enormous aerial walkways with ribbon windows and a concrete planter outside of each window. 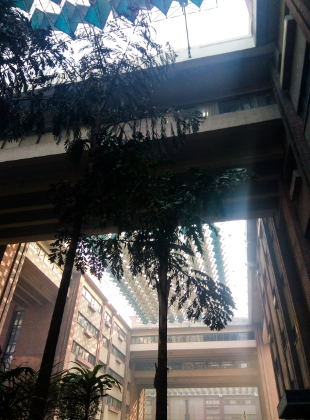 I didn't went to the luxurious restaurants there, which I will be going next week so would compose a post on it. for now I started a habit of drawing plans of a building after visiting it once and click a picture of the freehand plan with the building as I saw some doing this on Instagram which was very cool. For this building I was so intrigued by the planning and the connectivity that I created a rough plan which would showcase hoe the cc is built here 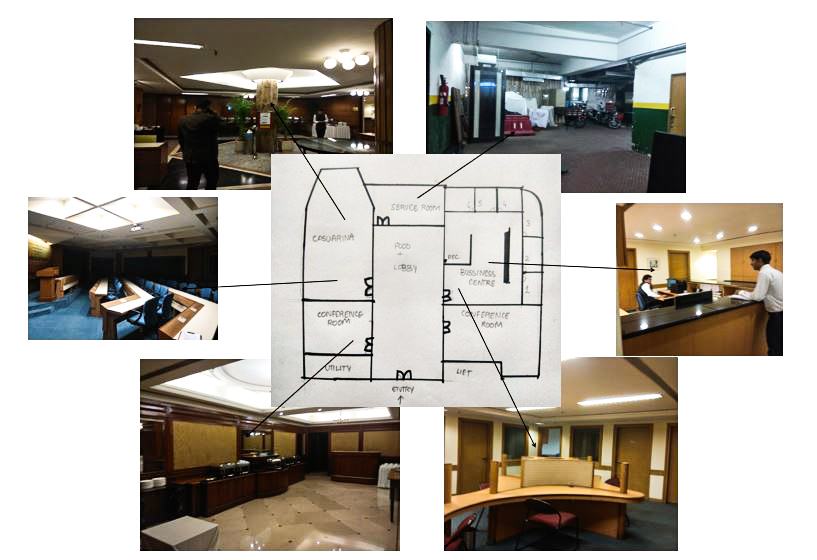 These were the rough sketches and the pictures I had many but considering it to be an interesting post rather than a college lecture I just found these two sketches to be lucrative enough to urge you all to visit there sometime soon.

The planning was interconnected which was the most important thing I learnt there. the interior was like a 5 star hotel without a doubt. I loved the downlights and recessed fixtures, moreover many halls had a partition wall that means according to the no. of people the size of hall could be adjusted. To add more of a conceptual lift the halls, auditorium and the blocks were all named as Indian trees and sacred stones like rudraksha, mahagony, gulmohar, chidar etc architect wasn't Indian but he considered the traditional values and added so much of culture into the structure.

The structure is well planned and maintained considering the fact that it was inaugurated in 1987, it still fulfils the current needs also many changes over the time were made from the advancement in technology.
I visited the huge library over there which was actually open to all. many foreigners were spotted there as they were the guest in the guest house which were luxurious suits built on the topmost floor. 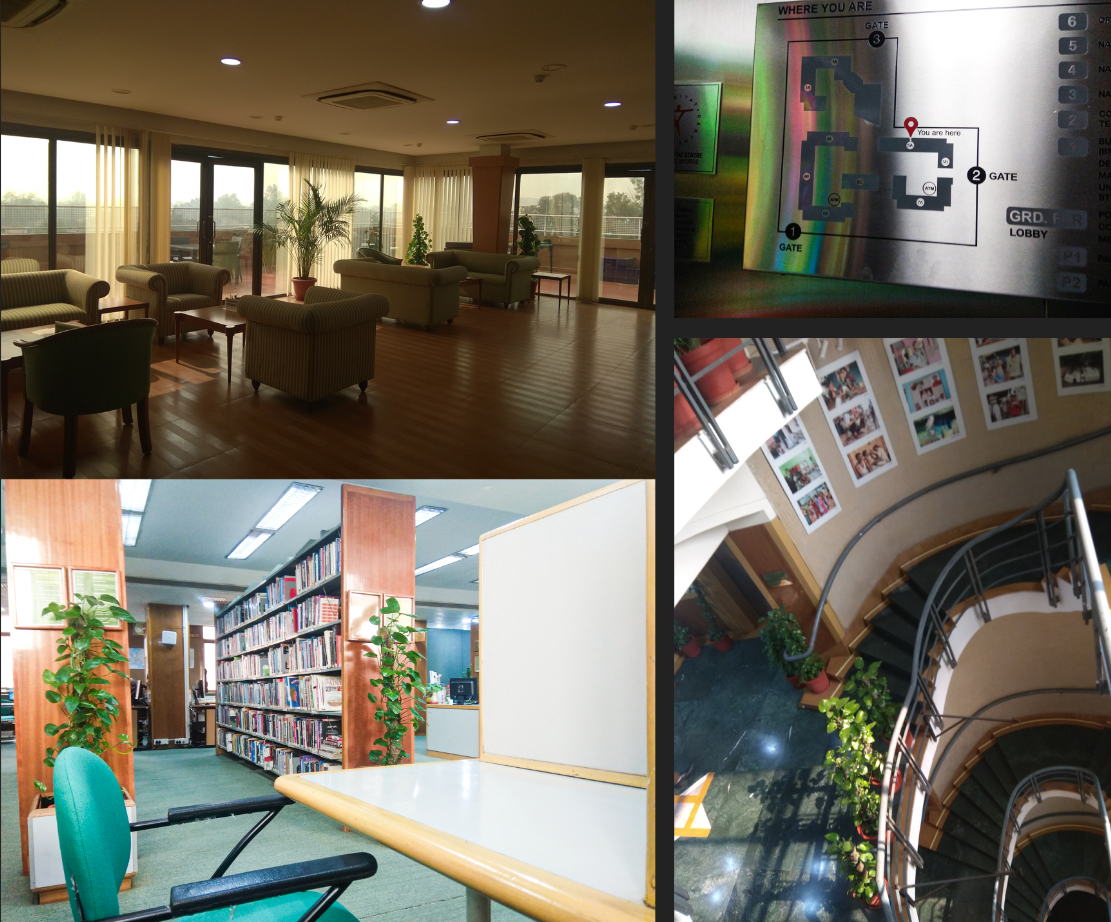 Visiting the library I saw the book on Joseph Stein and IHC. also, the restaurant above the floor had a mesmerising view of the city and luxurious lounge. Every stairwell was differently shaped. I really liked the concept of frames on the wall of staircase and there were lights above them, how pretty it would have looked during evening, since I went there on bright daylight and the amazing ribbon window used the sunlight to the maximum which led to the least usage of electricity. 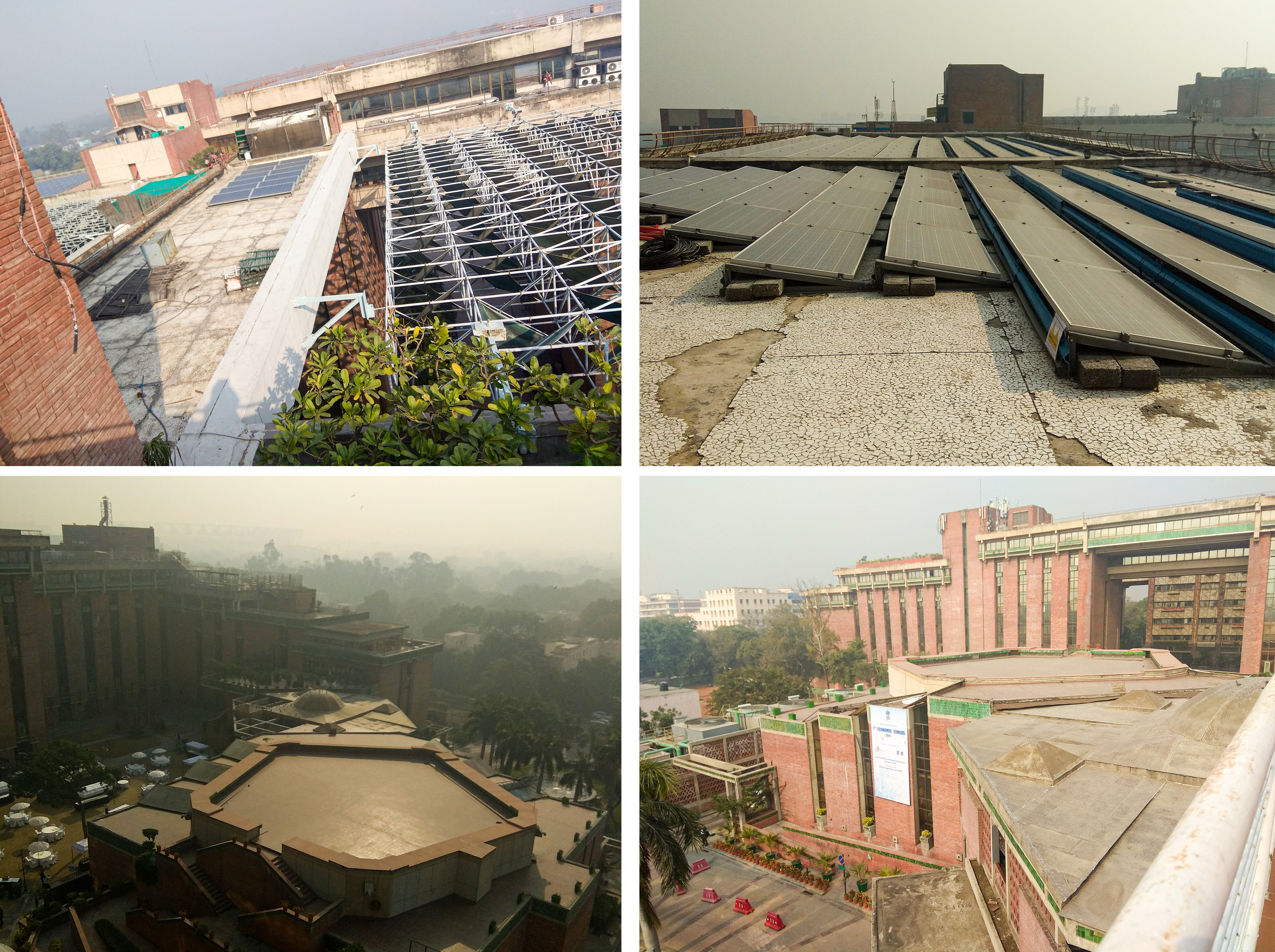 Through the terrace I spotted such views, lying on the terrace floor were the solar panels spread across a large area. also I spotted the truss which was placed above the landscape and played great role in shadows, aesthetics and more. The building is centralised air conditioned and having basements the parking was was never the issue.
The user experience was top notch, but the reason that huge space is landscape and many visitors just sit the entire day in some of the seating and this would cause breach of privacy issue as many offices also prevails here with restaurants and convention centre could cause hazel.
To reach here there are many metro stations nearby which is the most convenient and safe mode of travel also if you got your own vehicle there's no problem of parking.
Rest assured that one would have a great experience visiting the IHC in capital city of India i.e. Delhi. 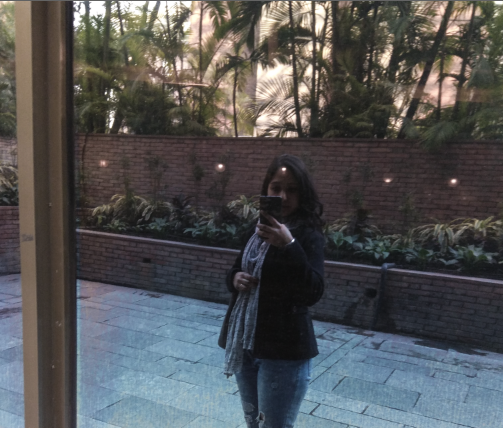 Every picture above belongs to me. 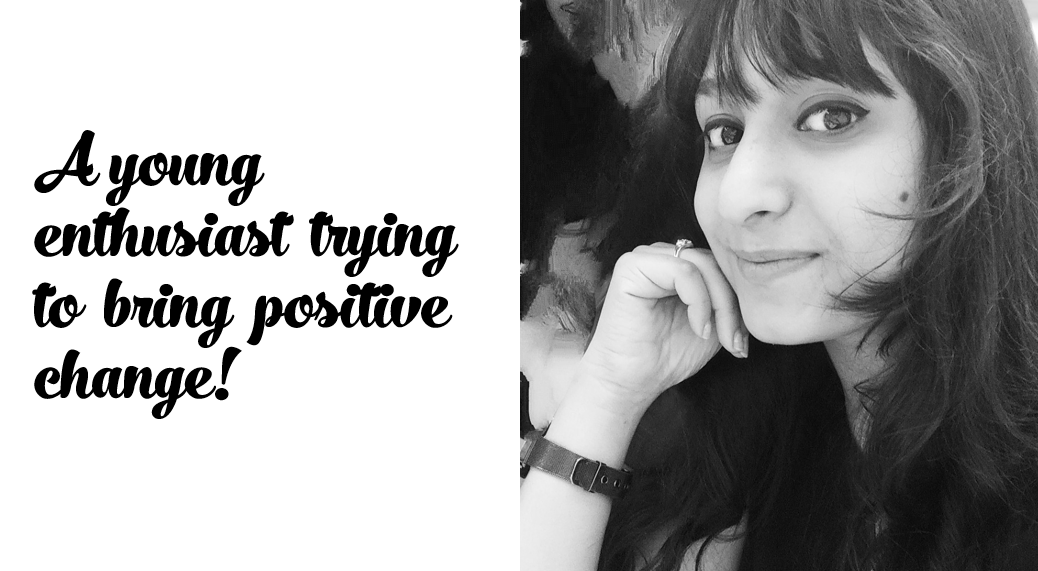 Hello @sahiba-rana! The moment I saw your post title, I said to myself, "Oh, this might be another branch of Habitat furniture showroom that @discoveringarni explored in Manila?" But oops, I was mistaken. Because the Habitat Centre in New Delhi is actually a multi-functional building complex catering to almost all types of enjoyable activities. And by looking at your photos, the place is truly a gorgeous piece of architecture!

Have you noticed anything there in terms of design that needs more improvement, in your opinion?

Hahah! Actually I wrote the post and later saw @discoveringarni 's post and thought about the clashing name :D it's a coincidence. anyways thank you for appreciation and indeed IHC is amazingly planned structure and apart from security issue I could suggest to add few variation like either colour or concrete tiles on façade as huge structure with only red bricks and glass makes it monotonous.
Thanks again and hope you have a great week :)

Haha despite being in different countries, we might be on the same wavelength. Habitat is the word of the week 😄

Thank you for your beautiful thoughts, cheers!

Hello @sahiba-rana, I like how you drew by hand and re-created the floor plans of the building to study its circulation with corresponding images, that's really cool! I am also drawn to that library. I do wish libraries never cease to exist.

Thank you for appreciation , means a lot :), Indeed libraries should never cease to exists as they are still valued and will always be.

I saw this building when I was in Delhi but didn't get a chance to explore it. That multifunctional building is really huge and reminds me of one of the residential projects in Bangladesh. The same concept, the project name is Digonto. The scale is huge and I really like the landscape as well.

Thanks for giving us a nice tour...

Hey @priyanarc thanks for appreciation, that's is great that a project called Digonto is similar to this one I shall surely explore it someday soon. but for now google would help :D
Thanks again, hope you have a lovely weekend :) Congratulations @sahiba-rana! You have completed the following achievement on the Hive blockchain and have been rewarded with new badge(s) :