Hello Everyone
I just finished another book. It was "Swift Horses Sharp Swords" by Amit Agarwal. So, in this post I am coming to share my feelings about this book. I think it was another masterpiece book I have ever read. 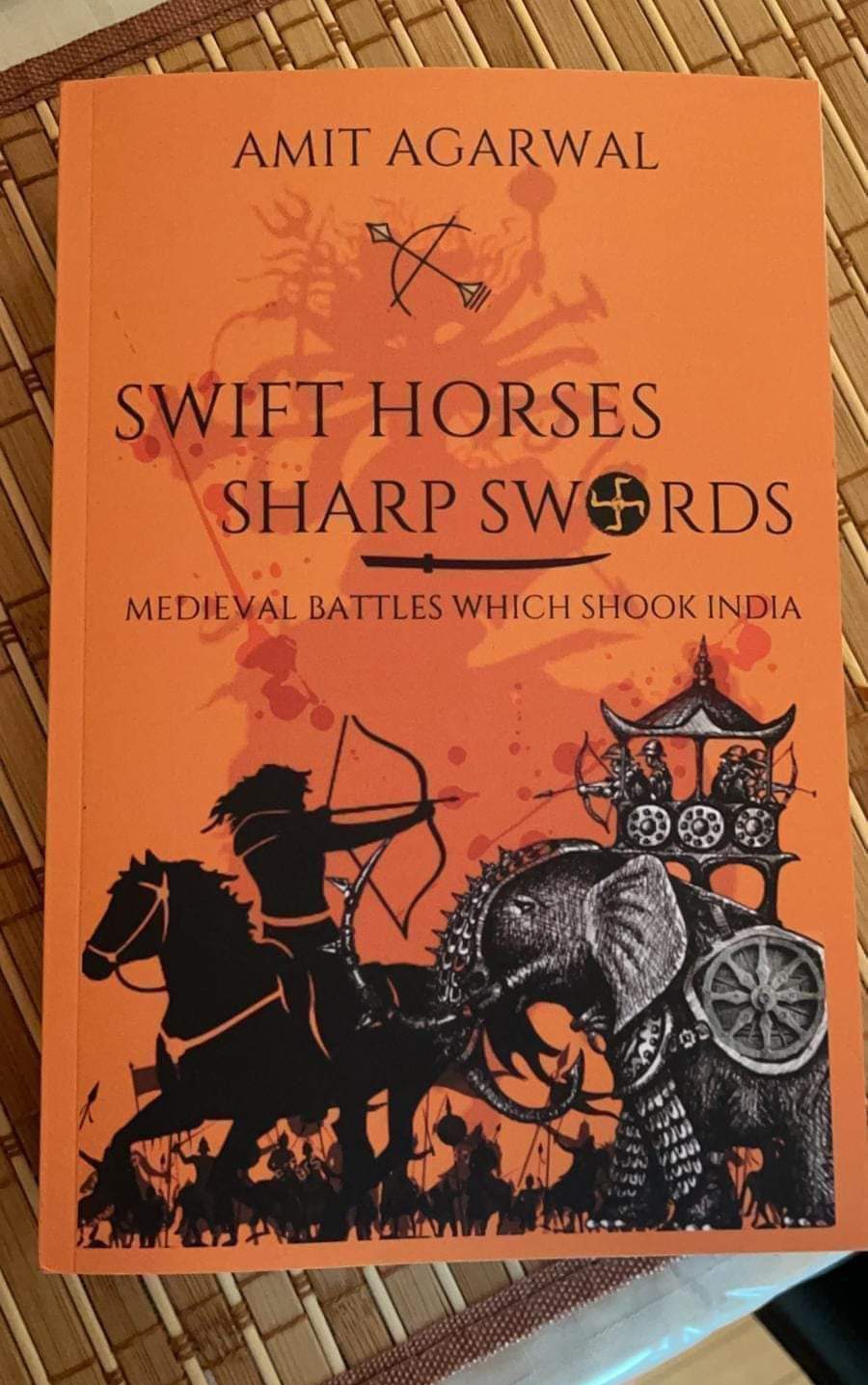 Although there are several books on this subject some of which are serious and historical in nature, this one stands out for its wide coverage of the topics of economy, geography, polity and social structures so as to make us better appreciate how our present is derived from this period. Most history textbooks of older times were generally mostly about Mughals and various slave sultans, wherein an obscure sultan like Feroz Shah Tughlaq was allotted a full chapter. Indigenous kings, apart from Ashoka or Samudragupta or Harsha, were by and large, ignored and overlooked from the collective consciousness of the nation. The book is written from this different perspective and propelled with passion.

The author has touched briefly on the advancement and richness of ancient India and the underlying factors for its progress to attain the numero uno status in various areas. However when the invasions started in the 8th century, the decline was equally swift. The book then tries to contextually introspect on the finer points about the religion, geography, economy, military strategy, and culture while dwelling on the strengths, weaknesses and follies to give a 360-degree vision to it.

The author has also combined the fundamentals of game theory, Maslow's hierarchy and bell curve to emphasize the reason for survival of Indians with their culture largely intact, despite the brutal onslaughts. He also throws light on the local kings, chieftains and warriors who valiantly defended their motherland against the invaders. He also points out the enormity of Indian wealth during the ancient and medieval period which is estimated to have constituted 25% of the world's GDP in those times. There are some unique chapters like how geometric mean is used while counting the dead and why all the battlefields were in Haryana. The book is full of such interesting anecdotes which make it a worthy read.

The fact that once Indians ruled all over Asia without even lifting a sword and that Cholas built their empire all over South East Asia and their emphasis on building intricate Hindu temples which survive even to this date, makes every Indian feel proud. Every scientific invention is either credited to Europeans of the modern era or Arabs in the medieval era. Even the present numeral system (0, 1, 2 … 9) is credited to Arabs and commonly known as Arabic numeral system the world over. However, it was the Arabs who imported the system from India after they come across it after their invasion of Sindh in 8th century, a fact nicely brought out by the author.

Overall a fantastic history book. You can read this book on your leisure time. Hope it will give you some betterment for a while.

I'm not a professional reviewer. So please don't judge my opinion. I just tried to share my feelings about this book with you. Hope you will like it. This review is purely based on my personal assessment of the book if anyone differes please ignore.

Thanks for supporting me. Nowadays I am so happy to see everyone's response on my blogs. I want to write more and more on HIVE. Specially thanks to them who always support me with their valuable time.

Thanks for Stopping by,

Congratulations @samirah1! You have completed the following achievement on the Hive blockchain and have been rewarded with new badge(s) :