You know, a few months ago, I started a little PHP script to display my HIVE posts on a real blog with my theme, links, etc. I called it SuperHive. Now, a new step has been taken!

I am happy to present you the new version of SuperHive which is now a new generation blog engine (like WordPress) that will allow you to have your own blog based on the HIVE Blockchain. Thus, all your posts are stored on Blockchain (with all the advantages, we'll come back to that).

No more need for an oversized and expensive server for a blog, no more need for space to store your images. Also, if your site goes down, you can re-configure a SuperHive elsewhere with the same configuration and find all your posts instantly!

To make it short, SuperHive is based on the HIVE blockchain which allows you to store content and get paid if your content is good. It is also impossible to delete your content (you can edit it but the blockchain will always keep track of all your changes).

Your post, once published on the blockchain will be visible on other sites such as Hive.blog or PeakD and many others. You will have an international reach as soon as your post is published and it can be seen by several communities around the world.

To go into more detail, you should know that a official website for the SuperHive project is currently being built. It will include more details, but especially a documentation to learn how to use the engine.

What's new since the last version?

So many things! But I'll keep it short and list the changes since last time:

That's a lot, isn't it? Anyway, it's enough to run My personal blog as well as the BSChain France website. However, this is only the beginning. 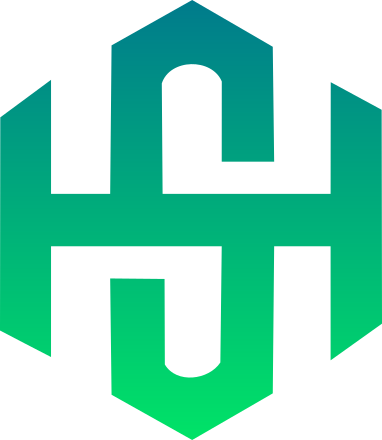 As announced earlier, I'm going to make the official project website to better explain it to newcomers, but also to document all aspects of SuperHive. It should be up soon.

Concerning the project itself, it will be simplified in its installation, multi-language and especially with a module engine to invite develeoppers to create modules. I have to create an example module myself (I think it will be the contact module). The next versions will have their batch of improvements with in bulk :

SuperHive wants to be the next-gen blog engine, better than its traditional competitors (WordPress in the lead), faster, better referenced, simpler, ... You can already get it on the GitHub repository.

Hope you like this project. Don't hesitate to share your opinion in comments and see you next time !

Of course it's posted from SuperHive ;)

Love it, still want to try this out, will be doing it soon.

Definitely going to try this out and see what I can do with it... Very interesting!

Thank you for sharing this with us in The Terminal, and thank you for elevating the awesome of options on the Blockchain! I'll keep an eye on this, so as to be able to let other's know that might be interested!

This could be huge! reblogging for the HiveHustlers community and to save it for future reference!

This sounds awesome, can't wait to try it now! !PIZZA

This looks to be a really powerful engine. Well done! Your personal blog looks great! !PIZZA

This is fantastic, and something I have always wanted, keep up the great work.

This is awesome!! I want to use this

Interestingly, this is the first time I've heard of SuperHive. Thanks for the information.

nice, I will be awaiting your document cause I would really appreciate it. Will be very helpful, ty in advance

Beautiful work congratulations, and thanks for releasing the source code. I had been interested in the possibility of creating a stand-alone blog from my blog on HIVE, so that I could create a traffic flow from both directions and contribute to onboarding. In my opinion there is a lot of untapped potential on Hive, starting from the frontend: forums could be powered (there was a project on STEEM but I think it was discontinued before the advent of HIVE), or social networks like facebook or instagram with more control over privacy (at the moment posts are globally public, you can't select an audience), or blogs with premium content. I believe that all this is also possible through the implementation of a layer 2 blockchain, as has been done for Hive engine.

This is great, I'm testing out the comment feature

Well, It Works !
I need to add a recursive function to show all comments (and add form to add a answer too). But it's really cool that you're testing this feature :)

I think everything you have announced is very good, I hope you keep us informed, congratulations

a great thing done by a great guy <3

This is great! The more tools and options we have on Hive, the stronger it becomes! Thanks for your efforts!

I've released the stand-alone version (for self-hosted blog), but I already work on a hosted version :)
Stay tuned my friend

great I will looks and sounds cool !PIZZA

Can't wait to checkout more of super HIVE when its explained further and we can launch it without coding...

It is too damn cool truely!!

Congratulations @bambukah! You have completed the following achievement on the Hive blockchain and have been rewarded with new badge(s) :

well this looks rather cool.