I was wondering how Hive and Steem have been performing since the hardfork, not from the perspective of technical measures but from social activity measures. One thing I could derive is a pattern about trending posts.

I compared two scrolls of trending posts. Yes, it's very subjective to monitor's resolution, like two "spoons" of sugar. Please excuse my rough analysis but hopefully you have some impressions. 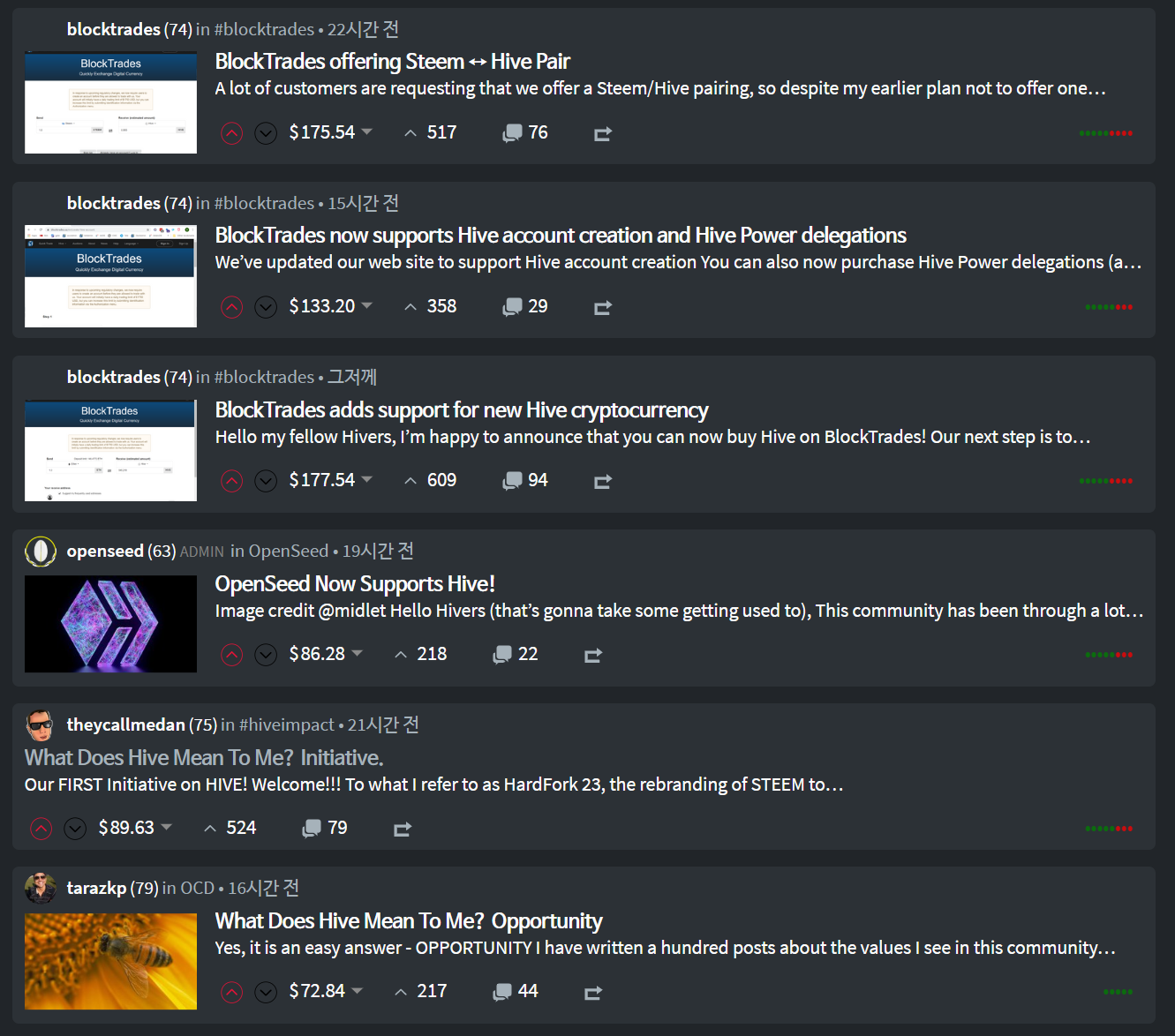 Top three posts are written by @blocktrades announcing about services for Hive. The next post is about a service too, by @openseed, and followed by two insightful posts by community members (@theycallmedan and @tarazkp). All have tens of comments. 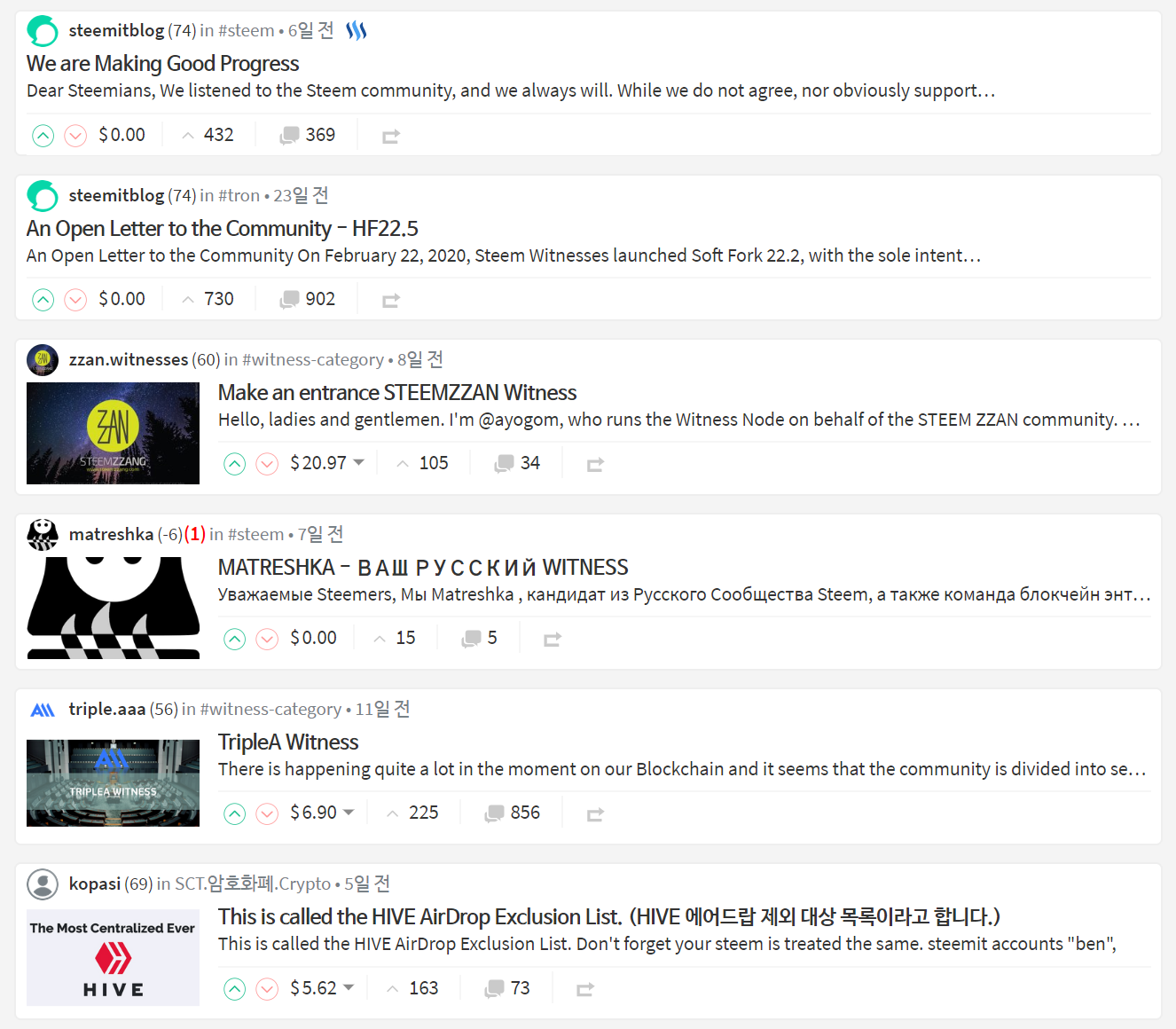 All of them are old, at least 5 days ago, while first two are Steemit's posts. I think it's nor a fair comparison, so I looked at the second trending page of Steemit in order to match to Hive's first page. 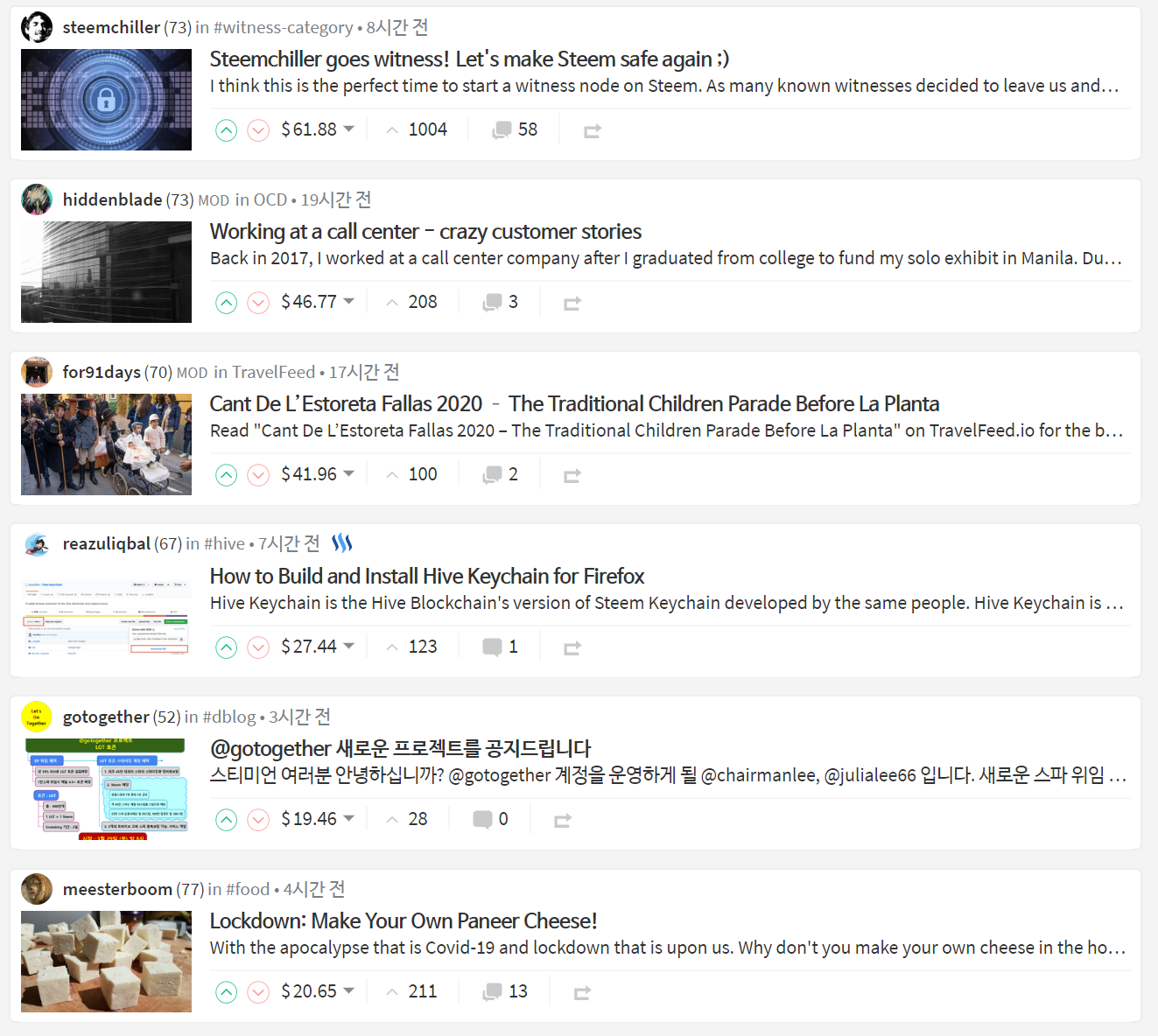 A notable difference is amounts of comment. Except one post, others have very few comments, even zero. 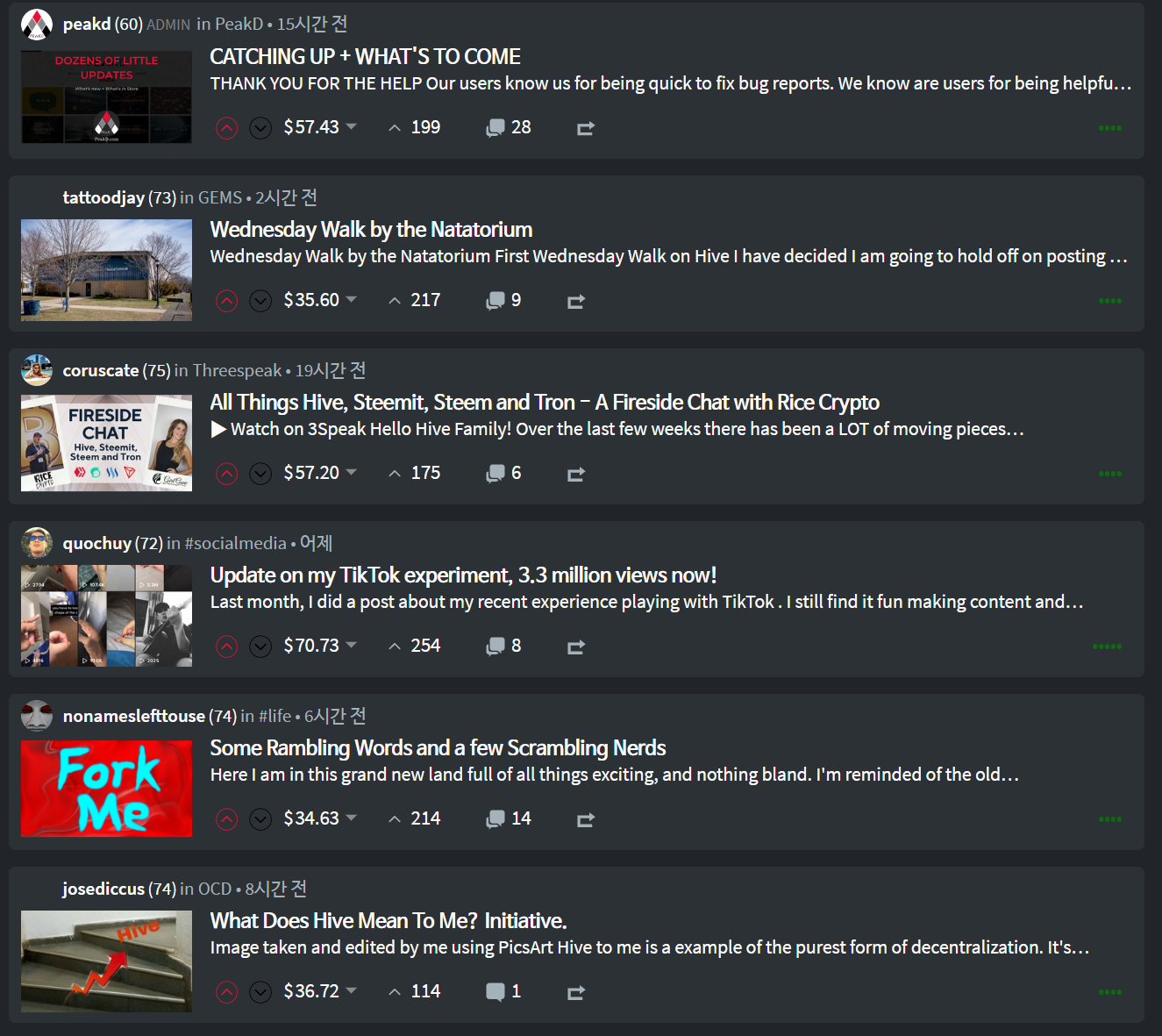 They have good numbers of comments, except one post having a single comment.
But Steemit's second trending seem different. 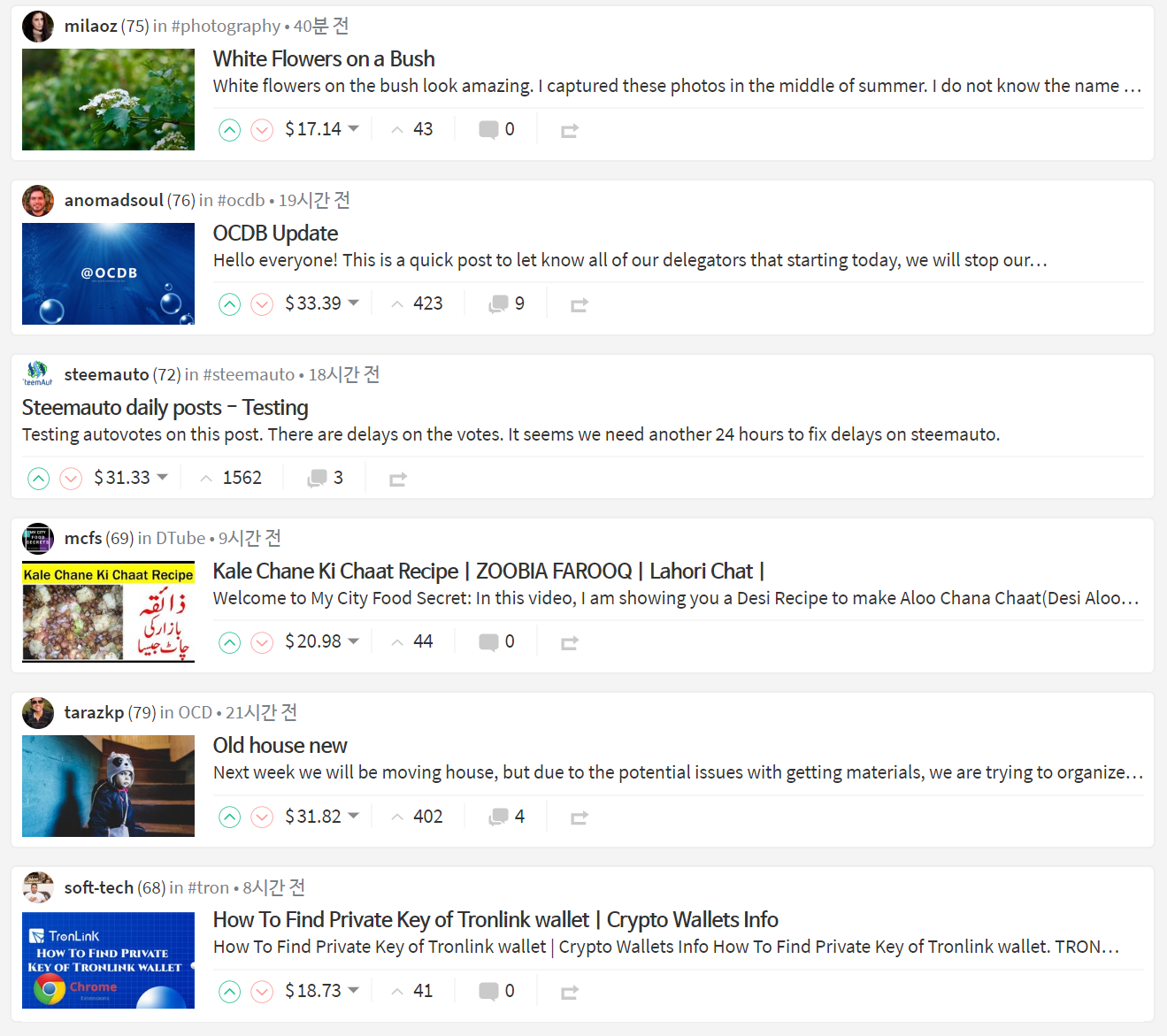 Out of six posts, three have zero comment. And two posts are announcements from OCBD and Steemauto.

I can conclude that a majority of social activities migrated from Steemit to Hive. For me, the recent atmosphepre reminds early stage of Steemit.
But we should not celebrate now. What we need is not taking similar mistakes of Steemit. We have many to fix and improve. Hopefully, my old post regarding engagement-based reputation can contribute Hive's future.

Asher's engagement league is a really good way to consider engagement and real rep, too. The people on the top of that list are well known and often well rewarded.

I never look at the trending pages, but it seems interested to compare. It will be better in a couple weeks.

Asher's engagement league is interesting! Thanks for mentioning.
My suggestion's specific point is to link voting power and engagement. I am not 100% sure it's feasible on Hive chain, if implemented I believe it impacts a lot.

I'm not sure if it could happen in realtime, but it could be altered once a week or once a month based on the previous week or month. It would probably have to work on content already rewarded so it couldn't be manipulated.

Actually, I think it would be a great idea if some kind of revenue sharing needed to happen because it's a better judgement of popularity than what we have. Also cooperating with other Social Networks to determine external influence would be good.

If it isn't entire chain, at least setting it up using an SMT or community may be practical (pay a couple Hive a month to be assessed for revenue distribution and get analytics).

its quite early in the game indeed. I would go as far as to say that this whole crapshow is an overall positive event. Losing the STEEM name in the way that it happened, with the noise the whole thing created, has turned people's eyes back to the potential of this blockchain.

All that being said, the future is uncertain, and if we want to win long term, we have to start attracting the best developers in the game. Now that there's a fund to pay them with, it should be a lot easier.

And best innovators too.

You can upvote this notification to help all Hive users. Learn how here!