What Hive could have been

With HiveFest only hours away, I'd like to take this moment to write about a topic, which I tried so often to write about but where posts about it just stayed in draft forever.

2020 has been a difficult year in many aspects, but after all, it's the year when Hive was born. Technically, Hive is already 4+ years old, but practically it's only since this year, that Hive is truly decentralized.

While I'm very glad that Hive is here now, I do think that the way it happened was sadly quite destructive.

I guess many people have switched from Steem to Hive, but not all.

There are people who I valued very much and who were at SteemFest 3 (the only Steem meetup I attended) but who won't be at HiveFest 2020. For example @exyle, @project7 and even @heimindanger.

It's like a lot of what Steem originally was got shattered and thrown into different directions. Hive, TronSteem, KoinOS, Blurt, DTube and who knows what other projects.

I can only imagine what Hive could have been if the transition would have begun earlier and less invasive. But instead, people got thrown into different camps and the core Steem group got fractured. And even worse, the different camps attacked each other, stake was claimed & burned, with everybody just reacting and nobody really knowing what the f*ck was going on.

Now, we can't go back in time, what's done is done, lessons learned and as said I'm glad that Hive is here now!

But it's probably going to bug me until the end of times what Hive could been and that so many people got caught in the crossfire due to the destructive actions of an incompetent founder. Well, at least we've gotten rid of that! 🙂

With this said: See you at HiveFest!

I'll agree with you on this one. It's sad how things have turned out over the past couple of years and we lost a lot of good people with the split.

Hive is finally finding it's level and core group to build from new foundations but the split put us back a couple of years and it would have been great to see some of the old faces still here and building.

A lot of talent and lot of interesting people have left the community. Hopefully we might see some of them link back in over time when things have moved forward.

Ned boy did so many wrong moves that there should be a movie made about him. Matt Damon would be a great cast for that movie. Great hair.

so many people got caught in the crossfire due to the destructive actions of an incompetent founder.

Finally, now we all are the founders and will need to take to this to next level. Unfortunately Hivefest timing is not well-suited for me ( late India night), but I hope, the first HiveFest will bring in more collaborations and confidence.

Lets look to the future.. we have a good thing here.. What we put into hive is what will come out..

Congratulations @therealwolf! You have completed the following achievement on the Hive blockchain and have been rewarded with new badge(s) :

I saw many harsh words and some people leaving. I saw so aggressive words, and so aggressive actions, I would still naively think these came from people who were, at their core, aggressive; and for that I would say it's better without them. But is it? there are so many people I never knew. So I can only speak from my "gut feeling": I like people who... like people!

I do know some of the people who are with us though. And the interesting point is: they are interesting people! So everything is alright as long as we can now focus on constructing things further!

Speaking about that, about constructing things and dapps: I had errors recently on submission page on https://hivedapps.com/ and after submitting EXODE several times since April ( https://peakd.com/@exodegame and https://exodegame.com ) I would very much like to appear there. Because, errh, we're here, we do exist. Sorry for adding that part in my comment :D

Also, some other people on Hive Discord dare to call themselves the real wolf. And I don't know why they do that. There can be only one real wolf!

Yea, I think about this a lot. I was so excited about the features that were scheduled for Communities and it's just been frozen in time since the split.

As Jordan Peterson or Elon Musk stated very well, we don't know the limits of a single human yet. It took only a single Chinese man to split this community, even with everyone already in the full knowledge that he represents nothing worth living for.

I agree but isnt that the same as life in general, we all go the way that feels the best , and for some it was time for a break, i still hope that thay will arrive
I miss a few oldies, that were there when i was born on the blockchain.........
Happy hivefest I totally feel you and share the same opinion but being an optimistic person (or at least trying to be one), I think it could also be a lot worse if this would never happen or happen even later. So I believe we should appreciate as it is because there is always space for worse things :D

I was so afraid of forking when Sun bought Steemit. I was certain it would all end up with people losing interest. Then Theycallmedan made me realize that I was wrong to be afraid. He simply said in one of his videos "If forking is going to kill us, then let us die already".

This is so true. If forking kills us, we were not decentralized in the first place.

My point is, yes we lost tons of people and potential. But this created an immaculate conception. We are nowhere near Bitcoin, but what other coin can claim to be as decentralized as Hive is?

This has given us even better foundation to start upon, something that has no price. We have the second best conception ever, and I would trade that for much more than what we lost.

Most of the devs we now have were mostly not working when Steemit, Inc was here. Yes we lost a great team, but now we're recruiting from the whole word. Once momentum comes back (and it will) this is going to be unstoppable.

We have so many different leaders doing different things. Communities, decentralized video, games, etc... The only thing we are lacking is maybe core devs, because it's a bit centralized with blocktrades, but that will get better hopefully. 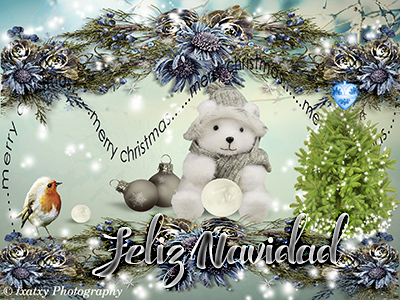