What Has Love To Do With The Latest VAERS Estimate (388,000 Americans Killed)

earthcustodians (70)in #informationwar • 5 months ago (edited) 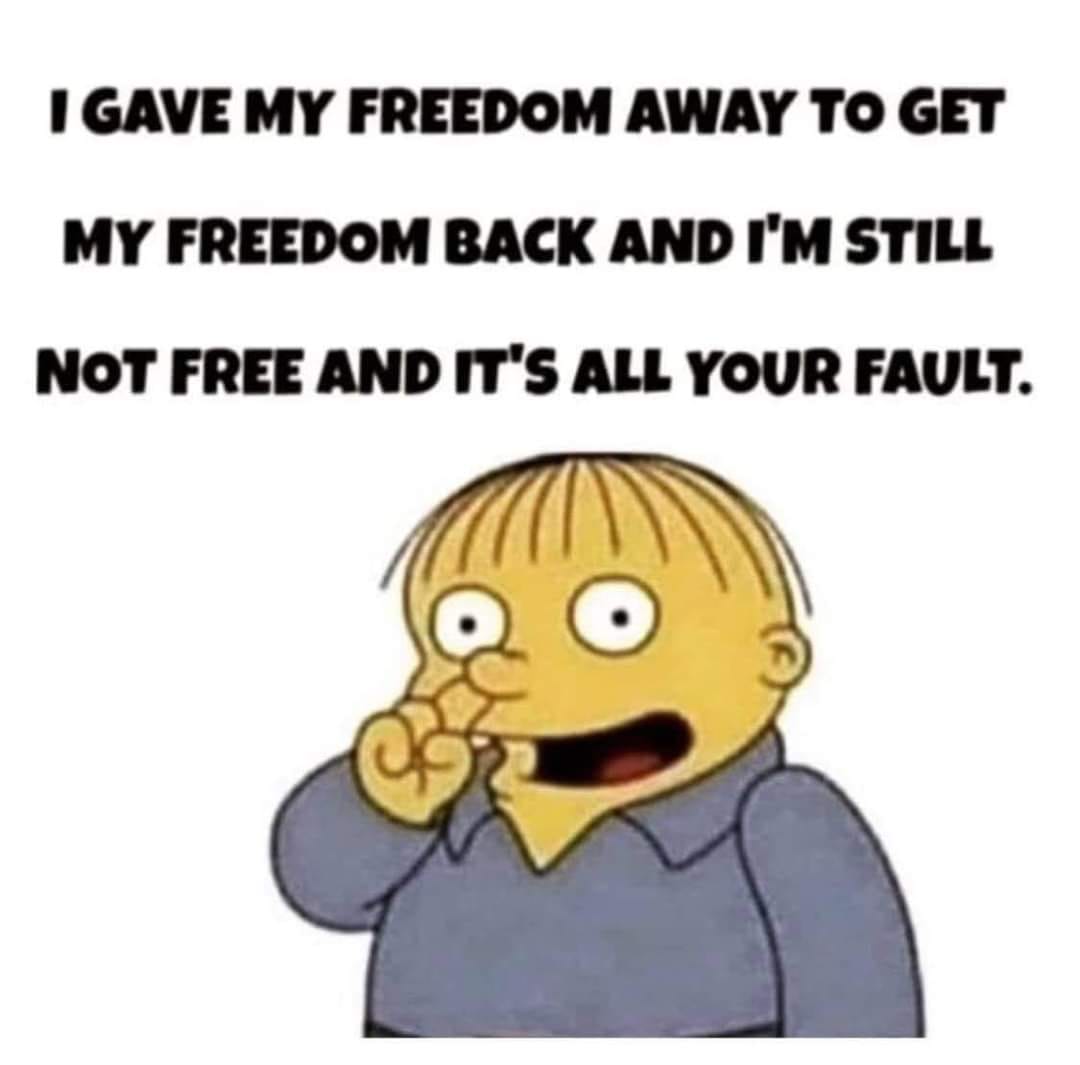 Sometimes we truly get tired of people claiming that we have to love each other while turning a blind eye to Universal Laws, and which is why society has had an abusive relationship with governments since ever. We have reached a threshold and that very abuse will have to end one way or another.

The government is the prime cause of "individual trauma" and we all are affected by it but instead, there is a tendency to walk away from an abusive situation because we are erroneously taught that happiness comes from cultivating a "safe space" and rejecting any form of arising troubles. This is not how the Law of Attraction works because conflicts exist for a very particular reason, that of helping us grow in awareness. Trying to escape tensions is an illusory mantra created by the academic field of psychology.

There is no run away anymore because it's a dead-end, and even if the physical threat has never been so real! Yes, let that sink in for a moment.

This has resulted in self-segregation and mass hypnosis, but since the toxic relationship with the government continues unabated, conflicts are pervasive and omnipresent and today threaten to engulf the entire society. The "safe space theory" will crumble down eventually because our own problems are the direct consequences of neglecting the Whole, ignoring suffering, and economic exploitation on a grand scale to start with.

And as long as we fail to address the fallacy of being governed, fear levels will continue to ever increase, until we finally take the matter into our own hands.

What we see today is a failure of what has been sold to us as the (so-called) Law Of Attraction preaching to work on our safe space instead of standing up for the world. Rejecting the negative on a grand scale but doing so has also invited evil on our doorsteps, and more importantly has fragmented the human soul ever further. The New Age movement has completely distorted the Law of Attraction, on purpose of course.

As much as freedom has to come first to protect us from domination by a small group of people in the know, the love for life/Creation and humanity is even more important in order to squash an obvious sadomasochistic relationship with the ruling ideology. Without Love there is no Freedom, because there is no way to set the Freedom drive into action without it.

Love is not a motion offered by human-made laws but Natural Law and the proof is that human made-laws do not prevent anything. We still have wars, the pillage of the ecosystem, poverty and consumptionism destroying the fabric of society. Human-made laws are the prime cause of structural violence and PTSD worldwide. So until we stop cooperating, we don't be able to fix our situation. It is as simple as that.

The planet is in the hands of people who understand the nature of reality beyond anything we can imagine, and it is about time to catch up with them! They know that anybody following Natural Laws will turn Love into practice instantly and destroy them because morality is embedded in the Universe. In this sense, we do not need to proclaim the virtues of Love constantly but listen to the Universe speaking through our hearts.

Neil Oliver: Will we remain silent while a dark tide slides ever closer to our own shores? (9mins)

Thank You for the follow!
It means much to Me as Your a "thinking person"!
And this is better than someone who is following for the "eye candy"!
"To those who know... We are facing a new world out there, it has been done before our eyes.. the sleeping ones"..
"Only those who can think stand any chance at all, the others will be led down the"...
Happy to chat!
Stay Safe!
🙋🙏🏼😇🙏🏼🙋

sorry for having missed your comment but you are welcome !

wish you the best in 2022 and you too stay safe