arseniclullaby (66)in #mentalhealth • 29 days ago 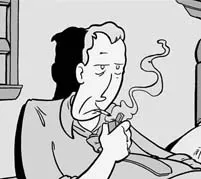 I know you’re out there, I’ve been where you’re at

Though most of this holds up any year, some of the practical advice might not work, depending on where you live. I'll have updated options at the end. The rest of this should be of some use to you

You hear that a lot, usually from people who have zero idea what you are going through. I know what you’re going through, so I’m NOT going to tell you that.

I’m going to tell you the truth…no one knows if it’s the answer, but there is only one irreversible way to find out that it isn’t.

Assuming your life has led you to the point where you are ready to find out, we can also assume based on your judgment, luck or the way the dice are rolling for you, that anything you do is probably going to turnout badly. SO …doing something irreversible that’s bad …would be bad, and irreversible. You’re at the dark, bleak, painful rock bottom. You are at the lowest emotional point man is capable of reaching, accept the fact… that because of all this, your head is not in the game and there may be variables you’re not considering that could be made worse. If you’re life went to hell while you were in charge of it…you are clearly not qualified to decide if this is a good time to end it.

So, what about that gut wrenching pain that you cannot shake? That isn’t going away and needs to be dealt with NOW?

Here are some things to try to ease it long enough to get your head together.

1-do anything you want. Quit smoking three years ago? fuck it, smoke a cigarette. Eat a cheeseburger that’s full of cholesterol. spend your last 9 dollars on a movie…or sneak in. do something, anything. Something small…and enjoy it. Enjoy it as though it’s the last time you will ever do it. Because that’s what we are talking about here right? Do some small thing that you enjoy as though it’s the last time and realize how great that small thing is…and realize you can do it again tomorrow.

2- Vent…to anyone. Call someone and vent, cry, scream. Is it 3:00 am? Who gives a fuck, wake someone up…because you can bet your ass that person you are afraid to wake up will be the first asshole at your funeral lamenting that they wished they could have done something.

3- Get the fuck out of the house. Don’t stay isolated with dark thoughts in a place where there is no one around as a contrast. Get out and go to a store, a fast food restaurant. Don’t have any money? Fuck it, order a water and sit there, Go to a library, go somewhere crowded…if nothing else, the noise, the obnoxious superficial problems you overhear against your will, will at least get you annoyed at your fellow man instead of focused on your own problems.

4-Get in an argument. I don’t mean something meaningful and emotionally draining …I mean some silly flame war on the internet. You’ll full of anxiety, and while it feels like you are drained and exhausted, you’re actually full of energy that you have no outlet for. Your engine is overheating and stalling out. You have to burn out the fuel. Get on the internet and argue about Rutherford B Hayes or sponge bob square pants being better than Ren and Stimpy. Argue and get into over something. Use up that energy on something that isn’t going to keep you focused on what brought you to this point.

*So, yeah, depending on where you live, the going out into a crowd thing might not be an option, nor the going to a restaurant. You'll have to get creative. The goal and point being that being around people tends to turn the mind outward instead of inward...and that's what you want.

First pitfall to avoid, given the current playing field, is looking around and seeing that others seem to have it worse and thinking you're problems are not worth bringing up. They are, just because they wouldn't make the news doesn't mean you don't have a right or need to let them out/vent.

Lot's of people who ended up killing themselves didn't think they're problems were worth bringing up and they held them in until they wore away at them emotionally over and over and now they're fucking dead.

Second pitfall to avoid is thinking anyone is noticing your pain. I'm giving it to you straight here...they are not. On a good year people are blindly self involved, this year....multiply that by ten. No amount of hints, or red flags is going to make a single dent in anyone in your life's inability to notice someone else is at the end of their rope.

SO...if you need help, ask for it. and...trust me on this...fuck worrying about being a burden.

Keep yourself busy, keep yourself around people, and if you don't have anyone to confide in or even talk to...find a stranger. This works more often than you'd think.

-If having something on the calander will help, I'll be doing a livestream with a few comedian buddies of mine (who also know a thing or two about emotional pain) X-mas night 6:30 CST. I wont gaurentee anything about the broadcast other than we'll be there live, getting through the day as best we can, just like you.

-I've set up an A.L. Xmas Bomb Shelter discord channel. You remember internet chat rooms? Well that's what discord is. I haven't done much with it all year, but I'll be there pretty often this week and you're welcome to hang out...vent if you want or just clown around and have fun. I'll probably be posting pics of stuff I'm working on.

-contact me on Discord, user name - ArsenicLullaby#2207 and I'll send you the invite code, and we'll hang out. Have any trouble figuring it out, contact me through regular email and I'll walk you throught it...no worries.

As someone who has known the pain of losing a loved one to suicide, I can't express enough appreciation for this post. Totally legit 💯. If you help even 1 person change their mind, you've succeeded in your endeavor. You may be a jerk, but that doesn't mean you're heartless. 🖤

sometimes help comes from the strangest of places. I'm very glad to hear that you think this is worthwhile. I just did my best to put into words the things I know to work.

I can't imagine wanting to end it, but I have a friend who really struggles with life at times. Luckily he has a group of friends who will offer support when he wants it. This can be a tough time if you are on your own, so looking out for those who are alone ought to be a priority.

It can be hard to grasp for people who have not suffered from such feelings. Best I can tell you is keep an eye on the people around you, keep them busy, let them know they are needed.