It's been nearly 10 years since I started my personal journey into music, from my modest beginnings as a GarageBand user on a MacBook mid 2010 in December, 2010 until the point I got certified as a proficient guitar player by accredited tutors on Yousician in 2018 and then, up to this latest point in my life, hired as a radio host in charge of 1 hour rock show at the student radio station of the university where I'm currently studying in my hometown. 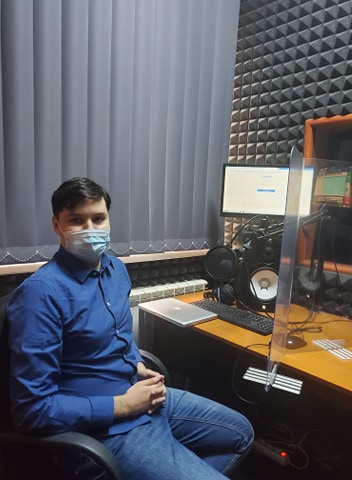 After years and years of rock 'n roll devotion, I finally get the chance to be a radio host with my very own rock show on the student radio station at the local university in my hometown; my show's called 'Let's Get Rocked!'

Today I decided to write this post from several reasons, one of which is also to see how far I managed to go in life on this particular trajectory and also look back to see what I did and whether things could have been done better (or simply different for that matter).

So, to recap, I started composing music digitally at the age of 13, in the winter of 2010/11, while I was still in secondary school in Bucharest, Romania. Prior to the month of December of 2010, I must confess I did not have any experience on how to record, produce, or release music by myself, although I always had musicians coming over my place while I was growing up (and even had close relatives who were still professional musicians or had played various musical instruments as a hobby). 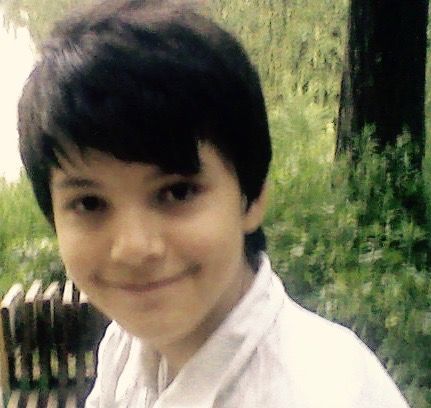 Summer of 2010, roughly half a year before starting my modest beginnings in music

At the same time, it was only in 2011 that I firstly took a Yamaha semi-acoustic guitar in my hands and started to learn the basic chords on it (such as E minor, E major, D major, A major, A minor, G major, C major, or D minor). A few months later, I went to my first jam session at a cabin where I learned to do a bit of drumming and held my first electric six string in my hand, namely a Floyd Rose. 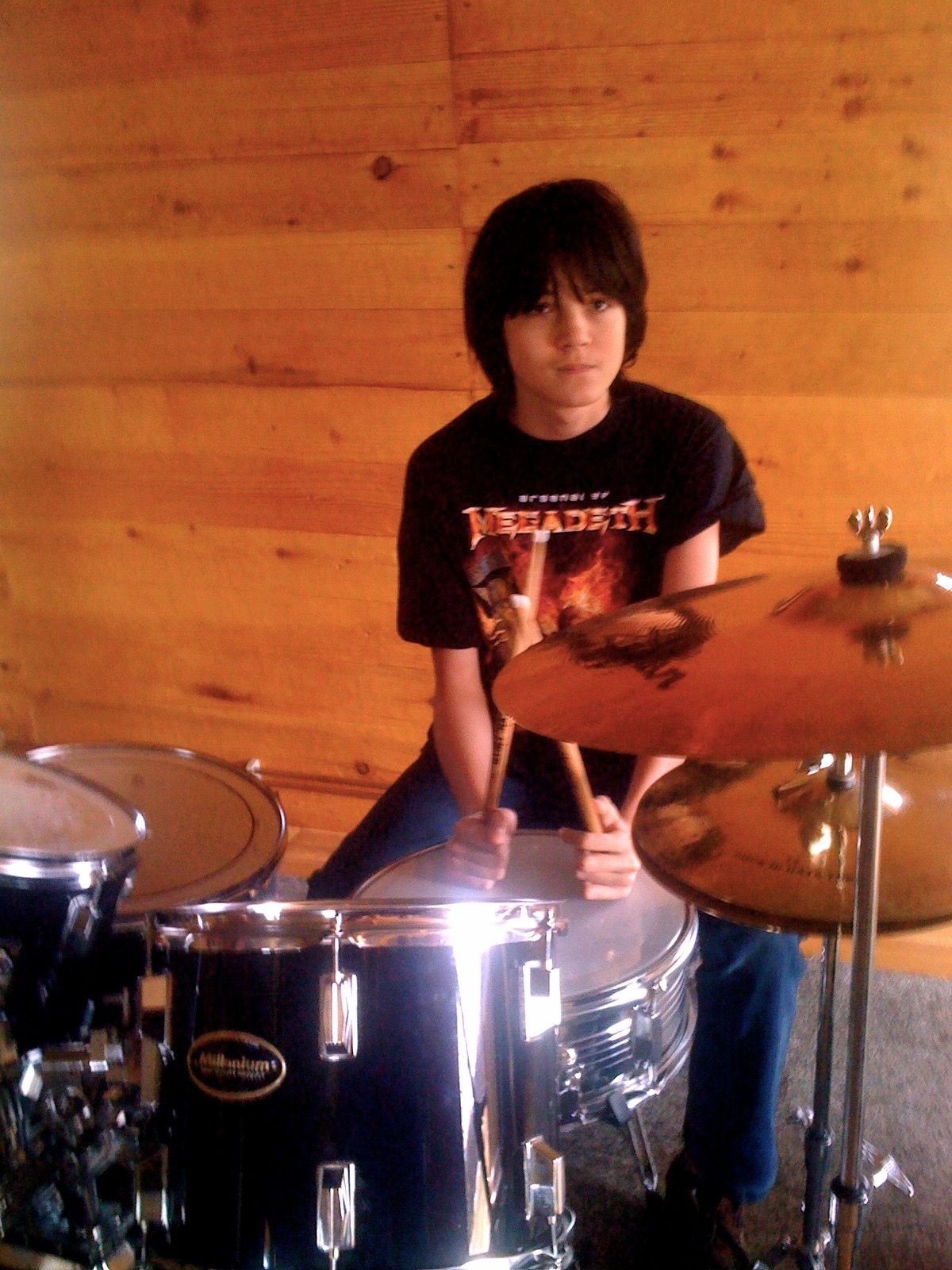 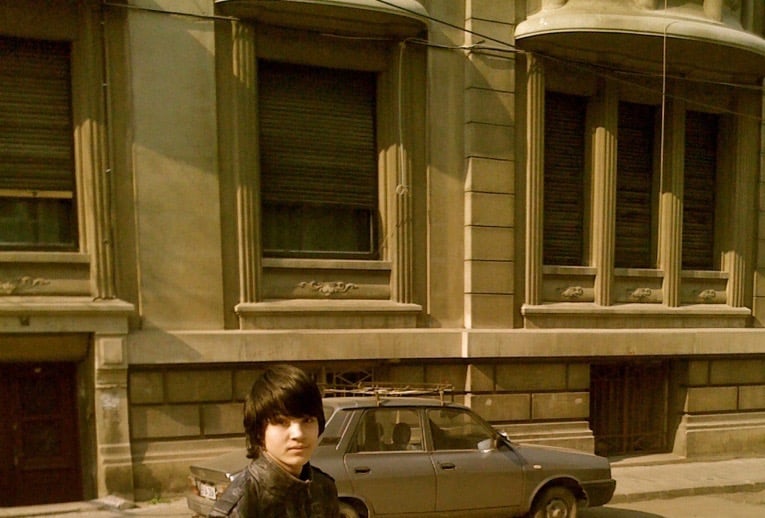 May, 2011 near Bucharest's old town with an old Dacia car model in the background and wearing a faux leather jacket akin to those Page wore in his early Zeppelin years

Just to draw a few comparisons here and there, it's important to highlight what I wanted back then for me when I would eventually grow up and what I managed to accomplish thus far in the following list (and also what stood the same or what changed over a period spanning 10 long years):

What could have been done better?

More work and dedication on the first guitars that I layed my hands on during my early teenage years, so I wouldn't get fast forward to 2018 and start re-learning all the basic chords from a very slim basis.

Also, a mistake (or should I better put a hesitation on my behalf), was not properly approaching other people of my age (mostly close school friends) in order to be consistent about forming up a band.

There were other causes for which I and other buddies of mine couldn't form a band at that time, but still, a communication lesson learned is a lesson learned notwithstanding.

Last but not least, as I got into my early high school years, I should've really played more if I had the chance, time, and private venues in order to do so. But then again, after all, I think it wasn't only me who's to be blamed for that, as there were plenty of other socio-economic issues at hand which prevented me from being the Page-like maverick I could've become. 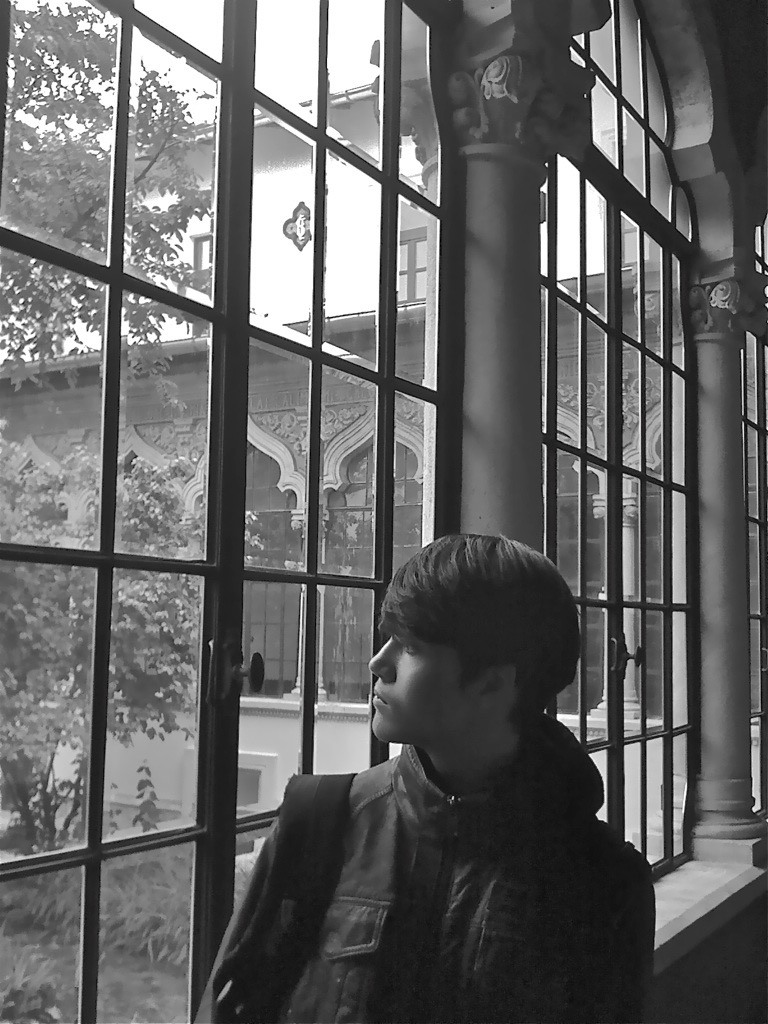 A flashback from my first visit at my then future high school, the Central School of Bucharest, in the Spring of 2012, on the occasion of a linguistic French test I needed to pass in order to be admitted there. 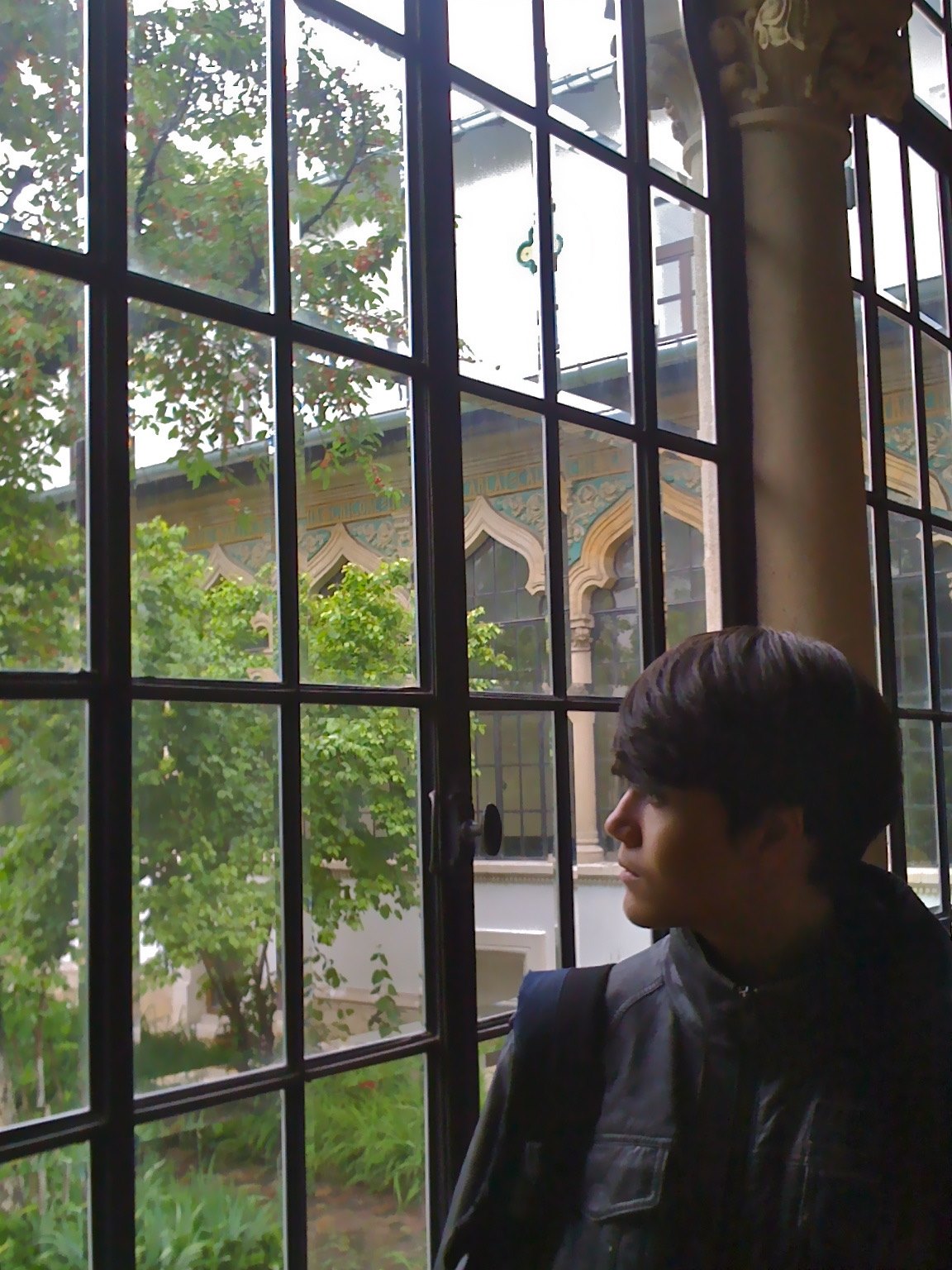 First off, it was good that I went back to the Hard Rock Cafe in Bucharest after a huge ten year gap in the beginning of the year. When I went there for the first time I really wanted to buy a The Who t-shirt but I only had to stick to a Hard Rock Cafe one because I couldn't afford two.

Ten years later, they did not have any Who t-shirts on sale anymore and I thought it was such a pity... Anyway, what I did instead was that I had to stick with a Hard Rock Cafe one this time as well. But the overall experience of spending time with one of my cousins was nice and, to my utmost pleasant surprise, not that many rock artefacts were replaced from there; many famous guitars, basses, and memorabilia are still in their place as I remember them from 2010, which is great! 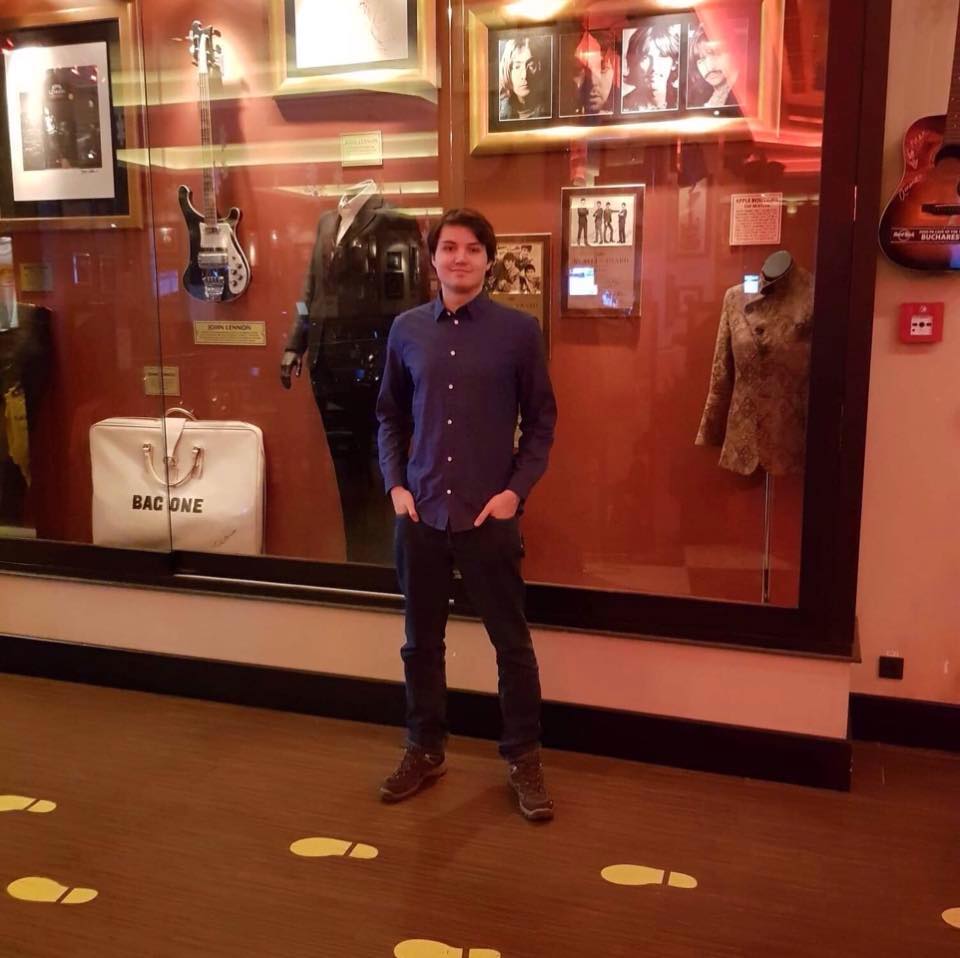 In the near future, if my health will permit it, I will try as much as possible to get to play Bron-yr-Aur in drop C tuning on a better acoustic guitar, a Fender Hummingbird. That's a heck of a resolution for the next year for me.

As for the actual end of this post, I invite you to have a bittersweet audition with Led Zeppelin's 'Ten Years Gone', a nostalgic piece from 'Physical Graffiti' released in 1975. Enjoy, stay tuned, and let's get rocked!

Sounds like you have achieved a lot in music. Led Zep is a good inspiration to have as they covered a lot of styles. I play some of their songs, but haven't got into the alternative tunings Page used. It's a shame he doesn't seem to play any more in public.

Thanks, man! I appreciate your feedback! You should really get into the alternate tunings Page used at some point in your life, more specifically drop D (also dubbed 'Celtic tuning') and drop C. Very hard at first, but very handy afterwards in your musical arsenal. Once you get the hang of drop D, drop C won't be so intimidating. I will wait until I will lay my hands on a Fender Hummingbird to be able to play many majestic folk melodies. I really need a powerful guitar with powerful new strings to be able to do alternate tunings at my will, otherwise after one or two such exercises all of the strings will go haywire. It happened to me before with my acoustic Harley Benton. I tried to do America's 'A Horse With No Name' in the original alternate tuning but I was very stupid at first (most likely) and I tuned down the A string so low it went off the body almost in my face. However, as dangerous as what that might have been, it was a lesson learned nevertheless, believe me! :D

I have a nice Taylor acoustic, but it's usually in standard tuning. I do some songs with drop D. I've also played some slide where I used an open E tuning. Beyond that it is a whole area I have not explored much. I tend to feel I have enough to do learning standard chords.

Good work then. I plan on buying on Ovation Adamas as well when I'll have the money for it. It's going to be plenty of fun for me to play on one of Roy Harper's favourite models. What a monument of a man... To have influenced so many guitarists along the passing of time. I would rank him second in my list of most awesome guitarists after Bert Jansch. He's sort of an acoustic folk rock Hank Marvin, though the comparison might sound tremendously redundant to some (they are both individually great).

Hey @vikthor, here is a little bit of BEER from @steevc for you. Enjoy it!