Today I've decided to have a look what is using my computer resources so heavily, by using WireShark to inspect the network traffic on my ethernet cable. It seems that about 90% of the traffic is from running a Nano Desktop wallet/Node: 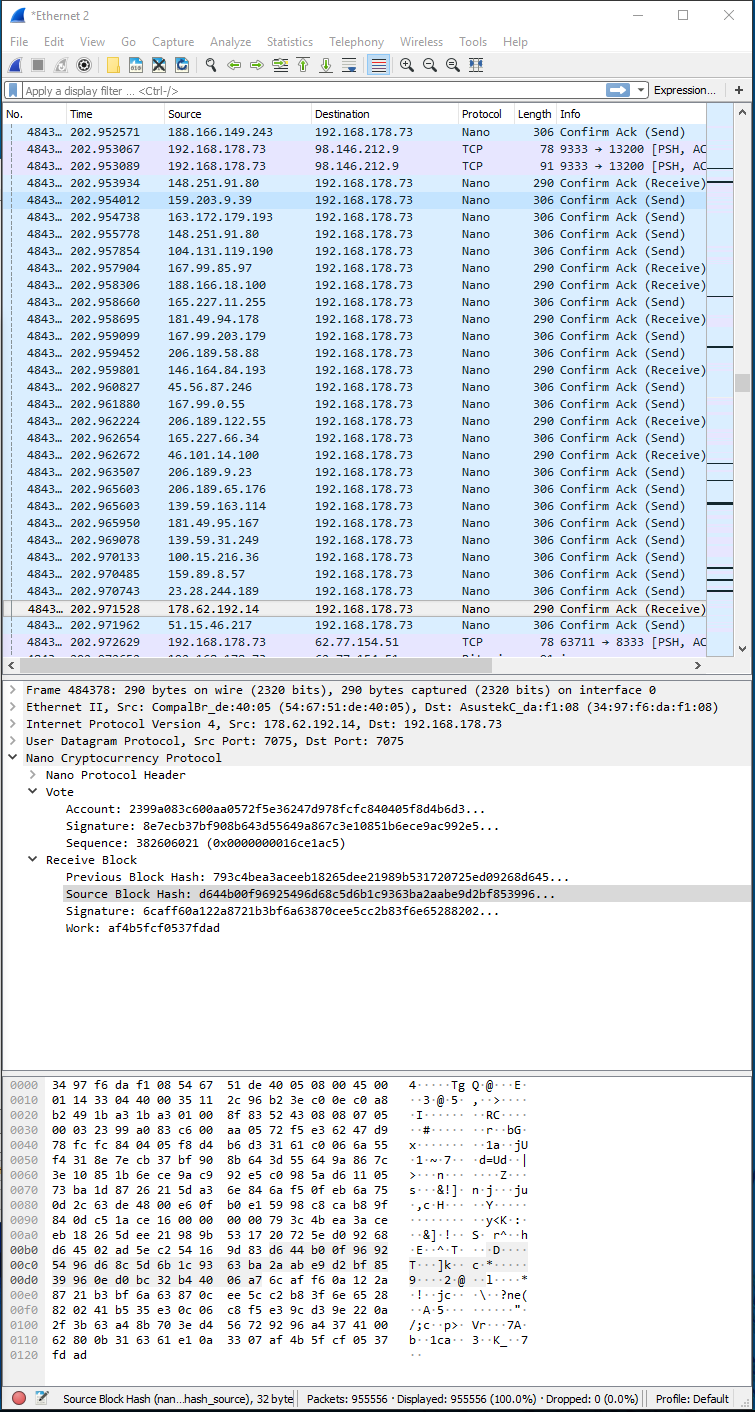 Some other packets were from the Litecoin and Bitcoin nodes, but Nano is king in flooding my bandwidth with transactions... most are just small amounts being moved around as this random example I investigated: From the source block I can see who and what amount is being transacted on the Nano network, this specific block was a receive block of an awesome microtransaction of 4 uNano / 0.000004 Nano: 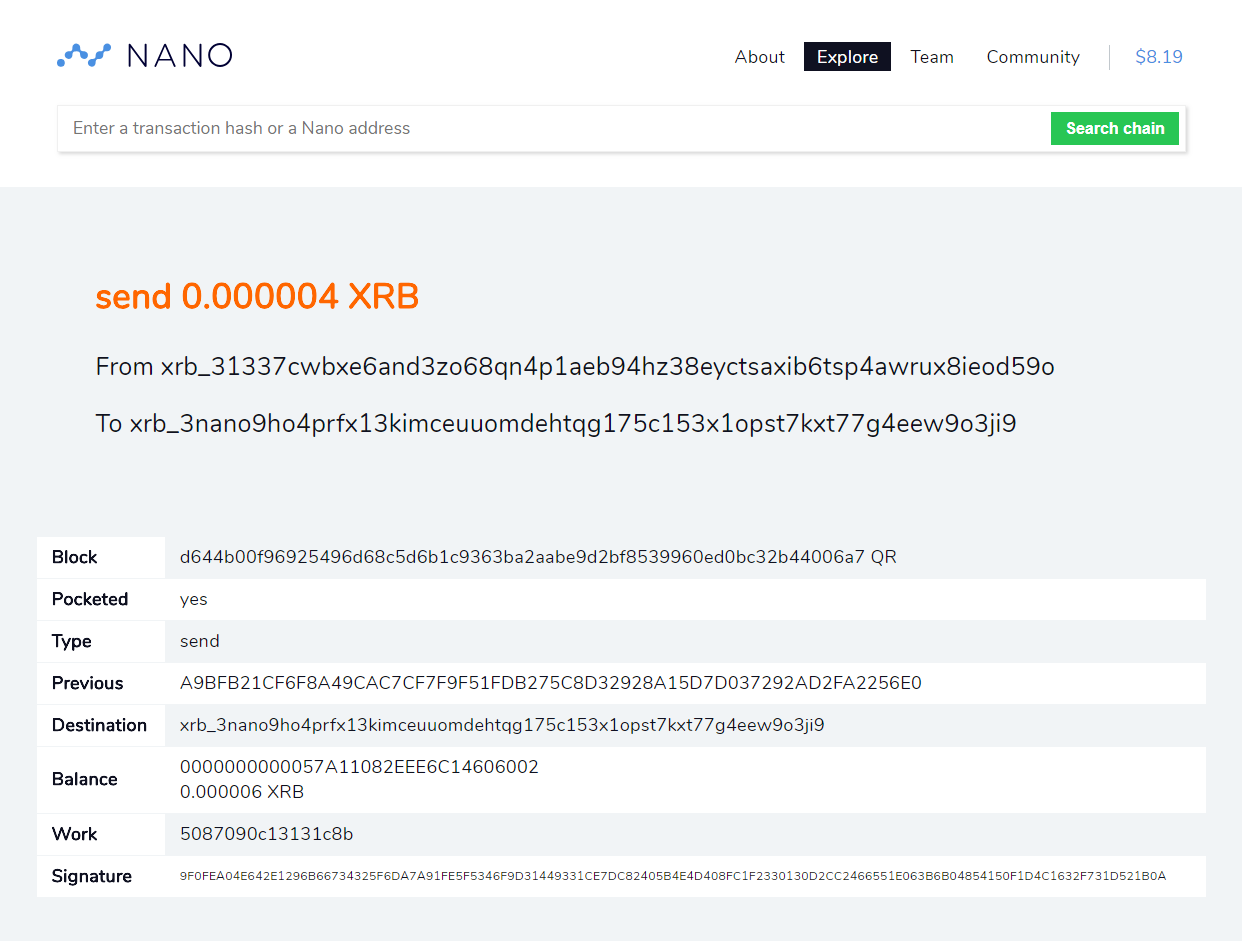 I love that both the sending and receiving addresses are so called 'Vanity' addresses (1337 -> nano), which I discussed in the previous blog: https://steemit.com/nano/@krav/making-your-own-nano-currency-seed-privatekey

If you want to see who's transactions are being routed through your node, you can use WireShark for this too: https://www.wireshark.org/#download

This also makes me think about privacy and fungibility, as with the current Nano currency all the sending/receiving addresses and amounts are transparent to the general public... Privacy orientated coins like Monero have fixed this by making the transacted amounts hidden/obfuscated by default, maybe we should think about similar features for future updates of the Nano protocol ;-)