crypticat (71)in #photography • 2 months ago

When we aren't exploring the Rocky mountains and National Parks of Banff, Alberta, we take strolls around the neighbourhoods of Calgary. Hundreds of ponds are connected by thousands of kilometers of paths, it's a great space for humans and critters to enjoy in the suburban landscape. Muskrat's have made a home in some of the ponds and I can't help but watch them go about their daily routines. 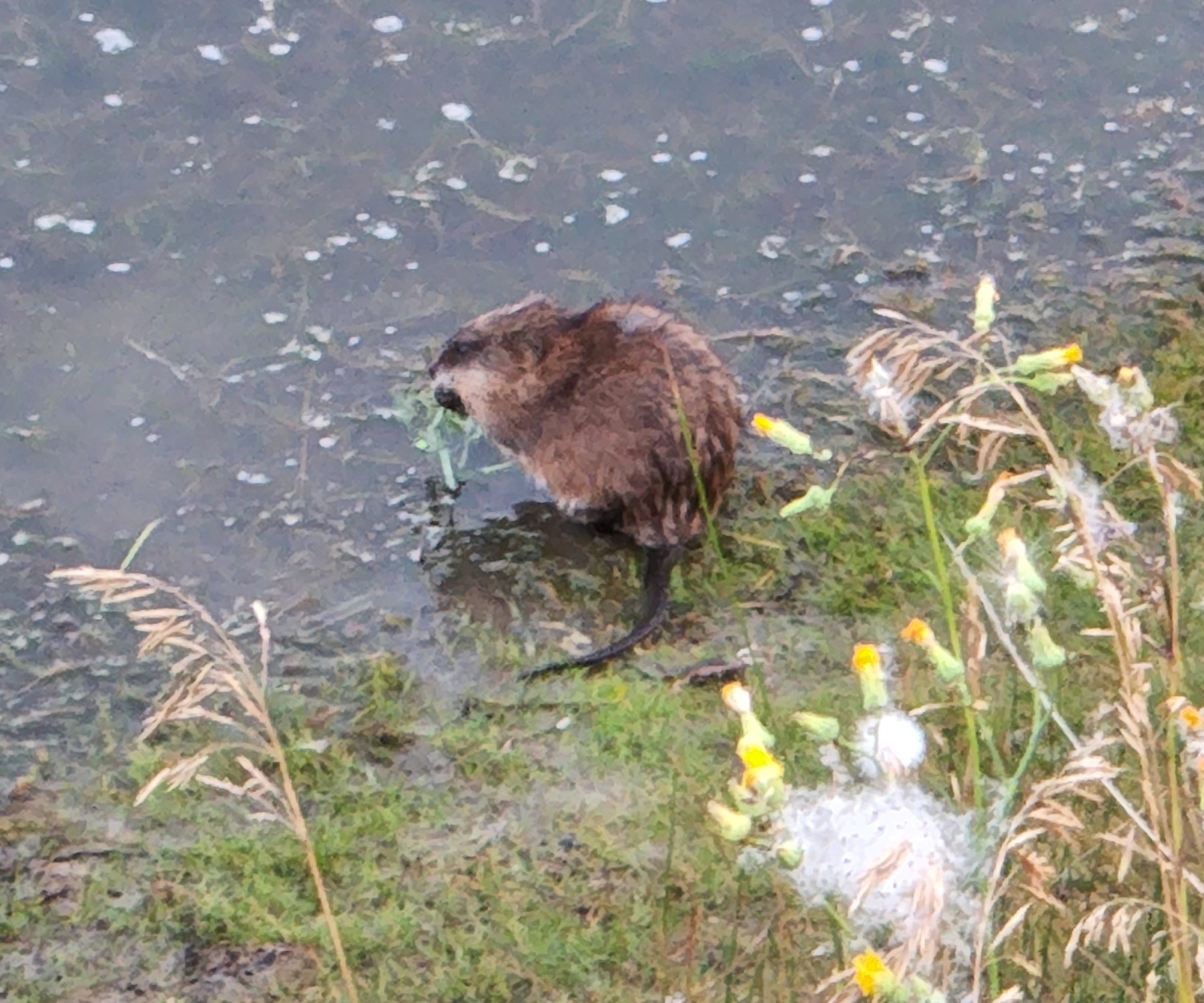 Muskrats are semi-aquatic mammals about the size of a cat. They live in ponds, swamps, rivers and shallow water. They're omnivorous and spend most of the day swimming about eating plants that grow in the swamp. You can read all about Muskrats on Wikipedia 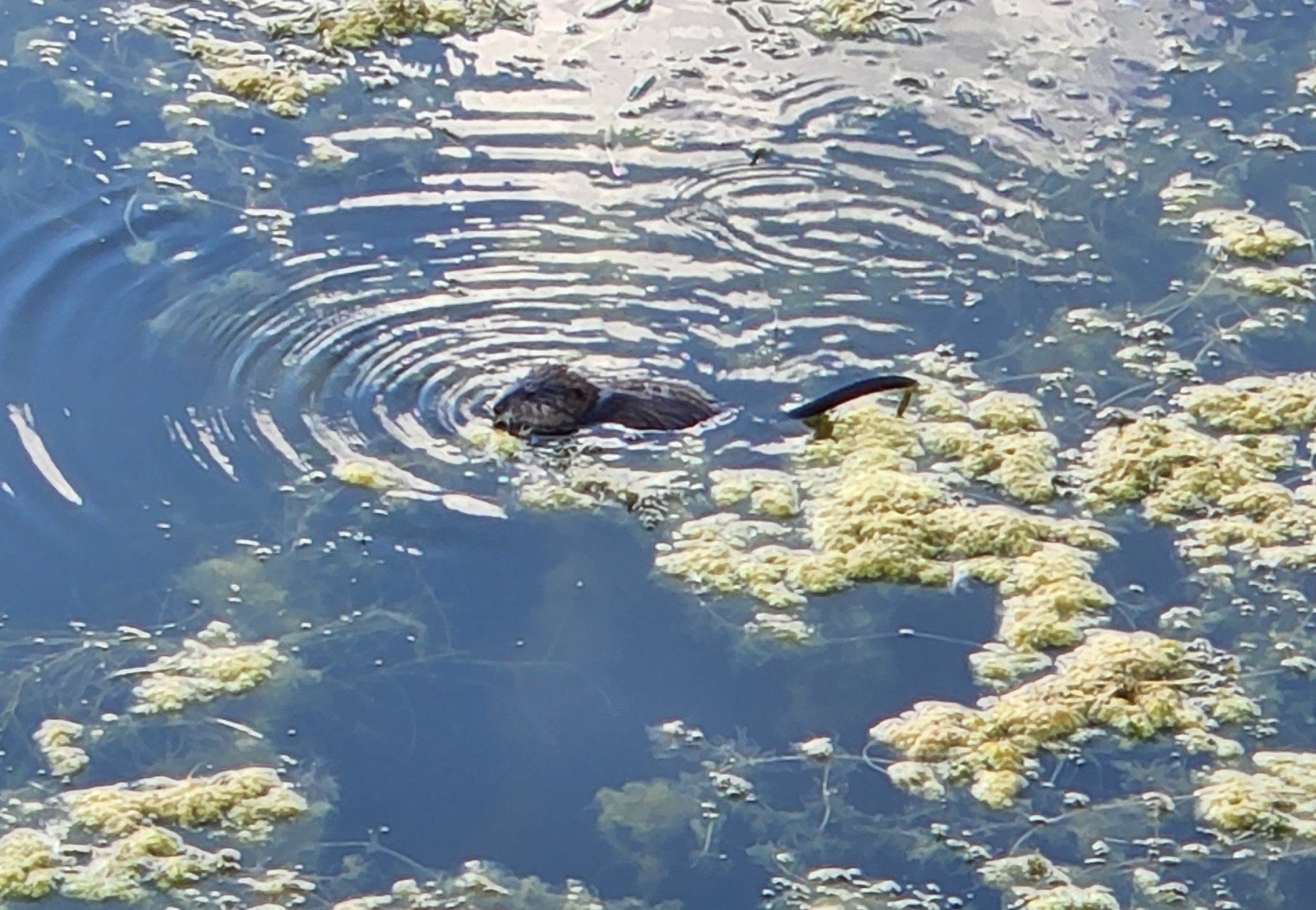 When you get too close to a Muskrat, it will go under the water, they can stay under for quite some time so instead of waiting, we just continue on our walk. Some Muskrats know they are safe and just sit on a log in the middle of the swamp, they know no one is going to go in there after them. It's not easy taking photos of Muskrats from a Samsung s20 or an Iphone 13 pro but these are some of our best images. 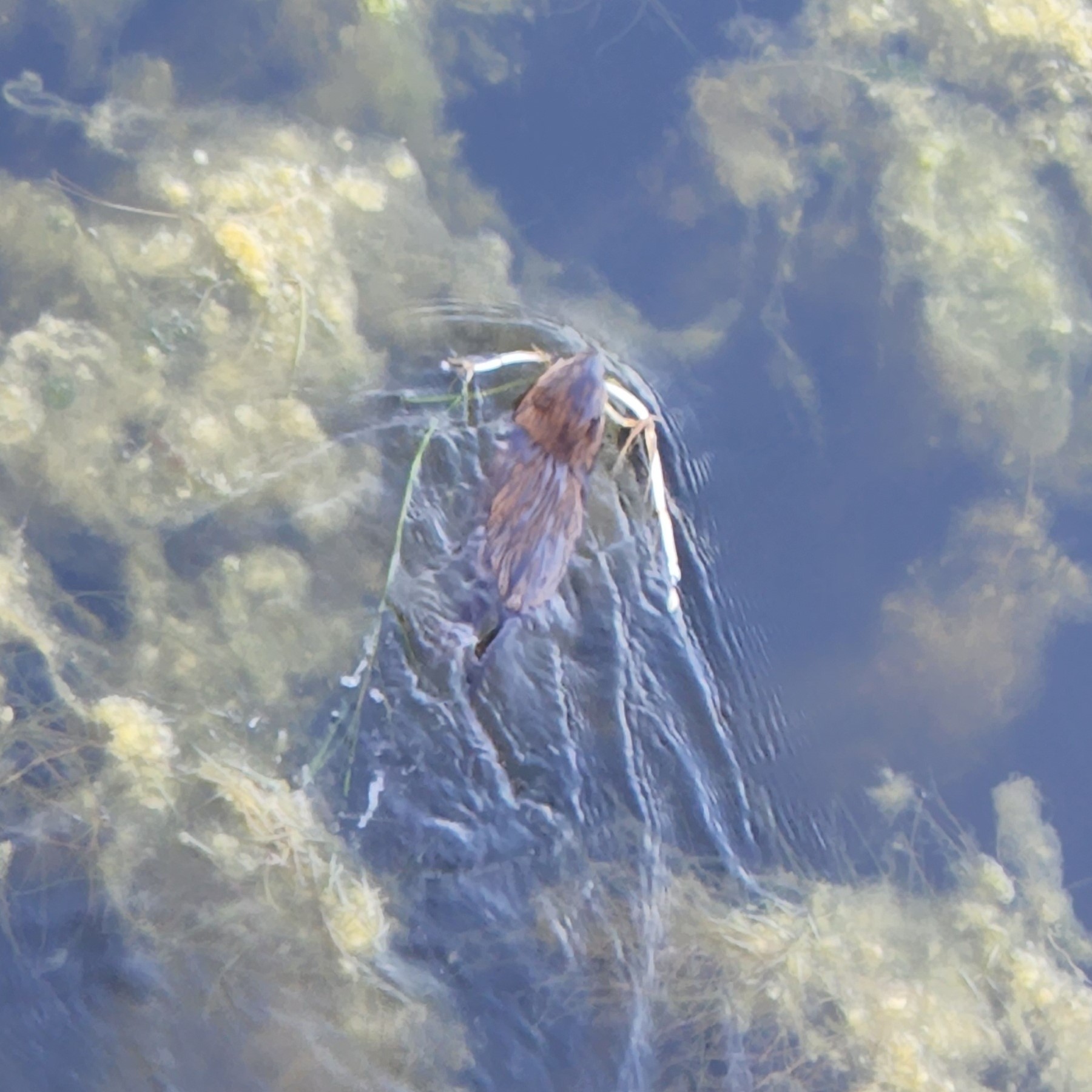 We sold our DSLR camera not too long ago, the images taken on modern cell phones are almost comparable except in limited circumstances. No one would expect the circumstances of muskrats in the middle of swamps to arise when considering their photography needs. I regret selling it because taking photos of ducks, muscrats and other nature in the ponds would be far more enjoyable with a zoom lens. 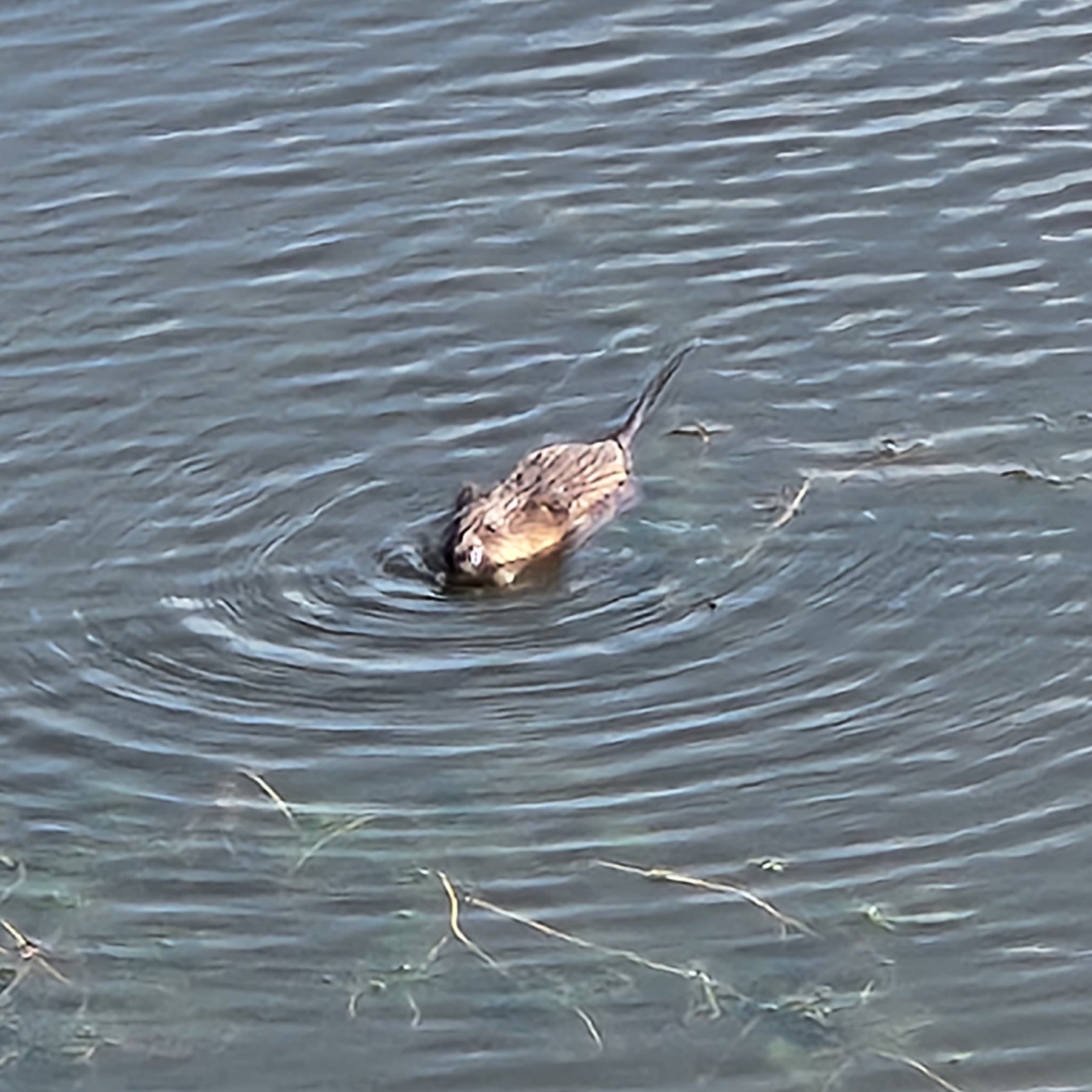 They swim about enjoying the swamp with the herons, ducks and many birds. Some of the swamps have beavers but they usually get removed because they are damaging to the limited number of trees in the area. Muskrats don't harm trees, but people do trap them for fur and some even eat them....gross :P 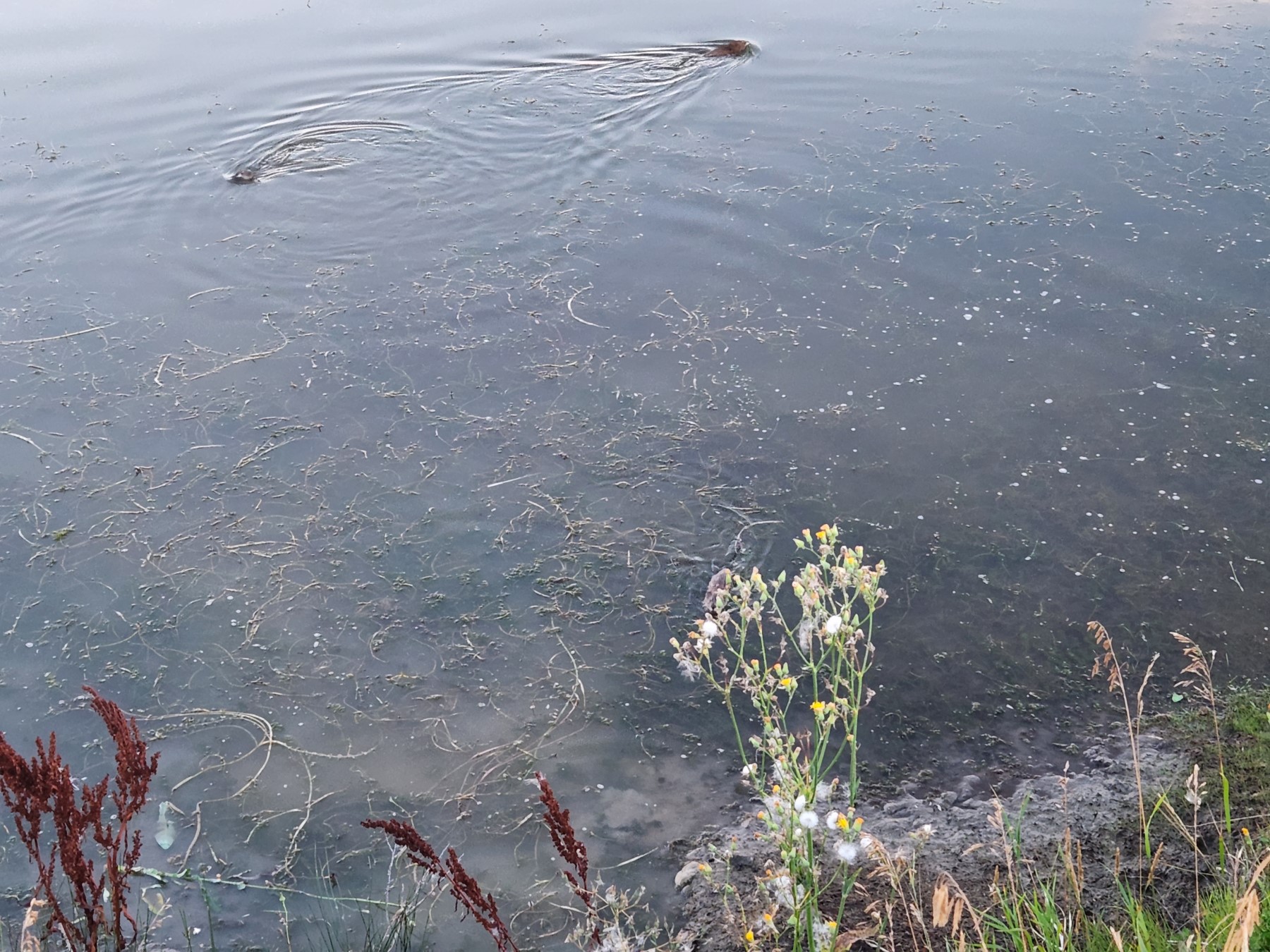 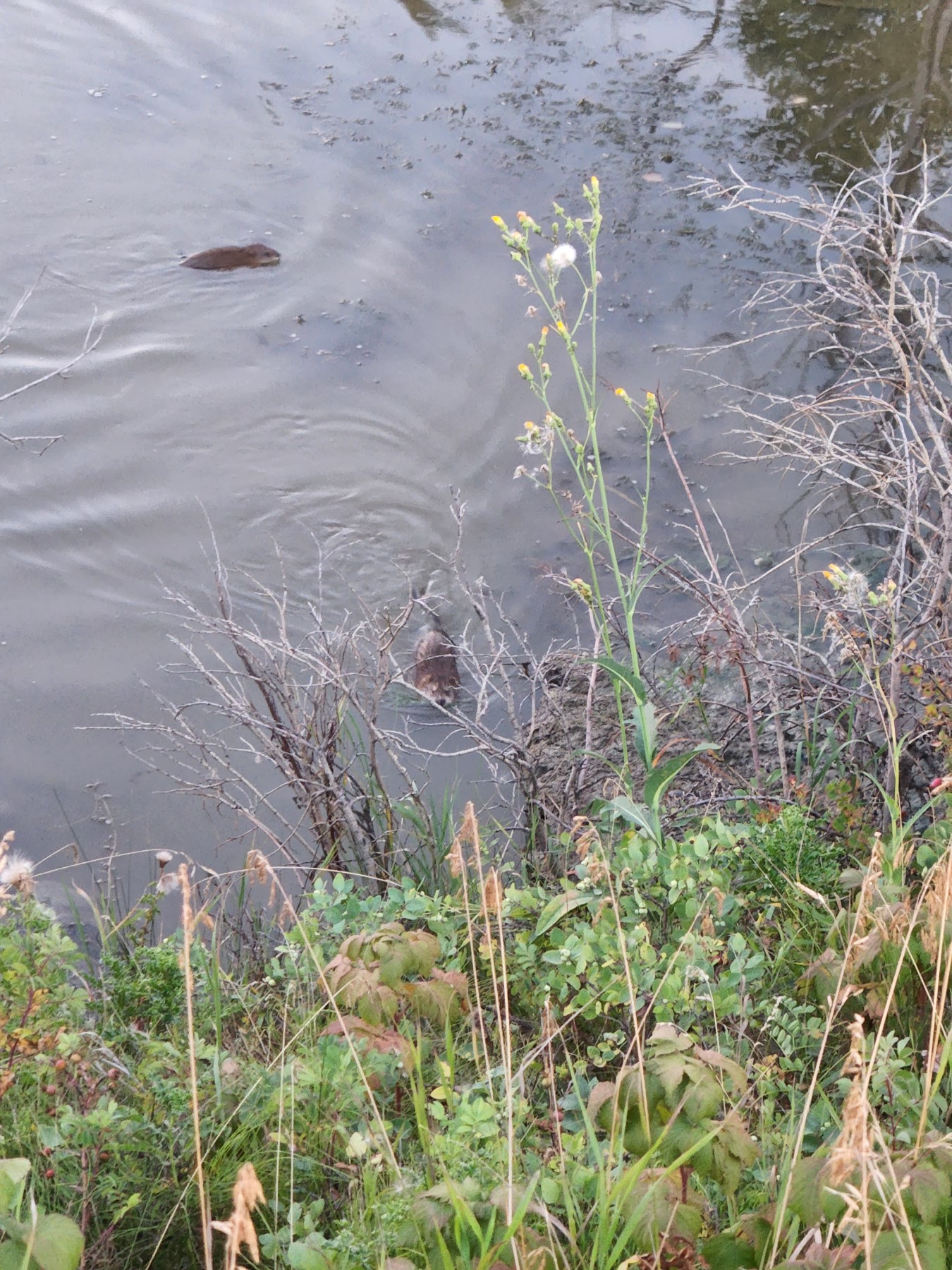 These nasty swamp rats aren't even rats. I think they live in holes they make in the mud on the edge of the pond. It's difficult to see where they go underwater since it's murkey and they kick up the mud. They do have cut little faces. 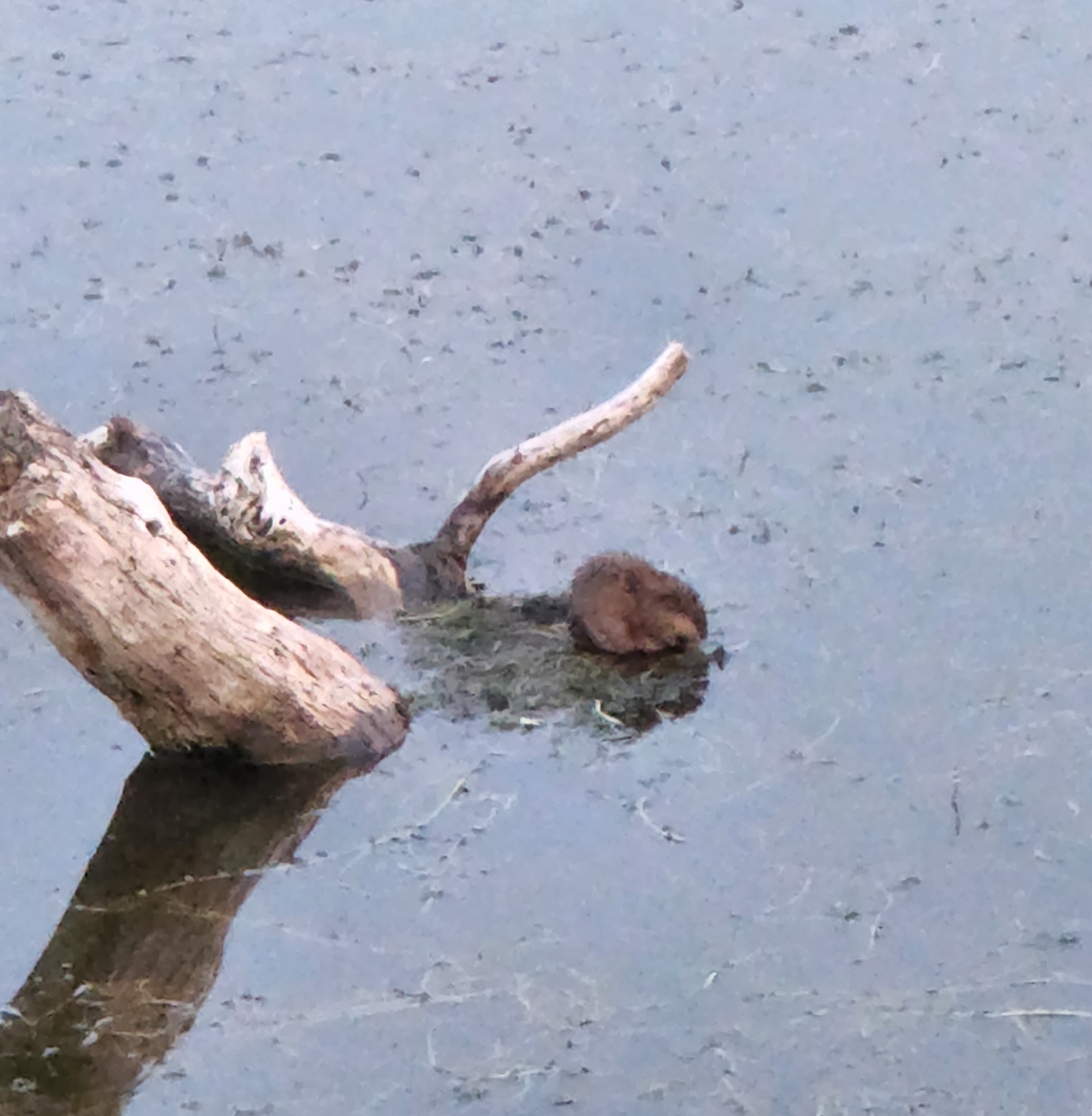 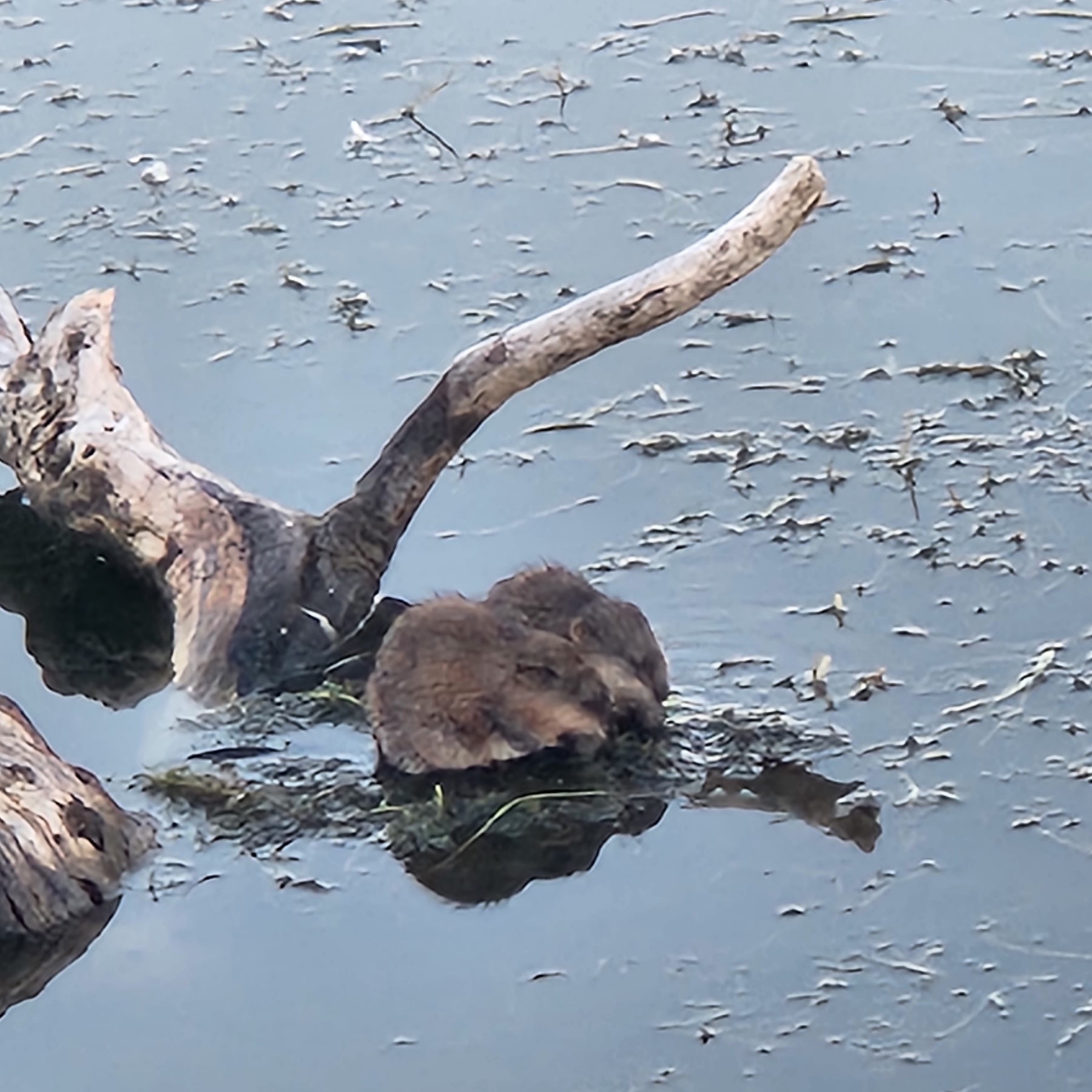 I've passed these ponds many times and the muskrats are always there. There's no reason to believe they aren't active below the ice in the winter. They wouldn't dare get caught on on top of the frozen ice, they would be an easy snack for a Coyote. 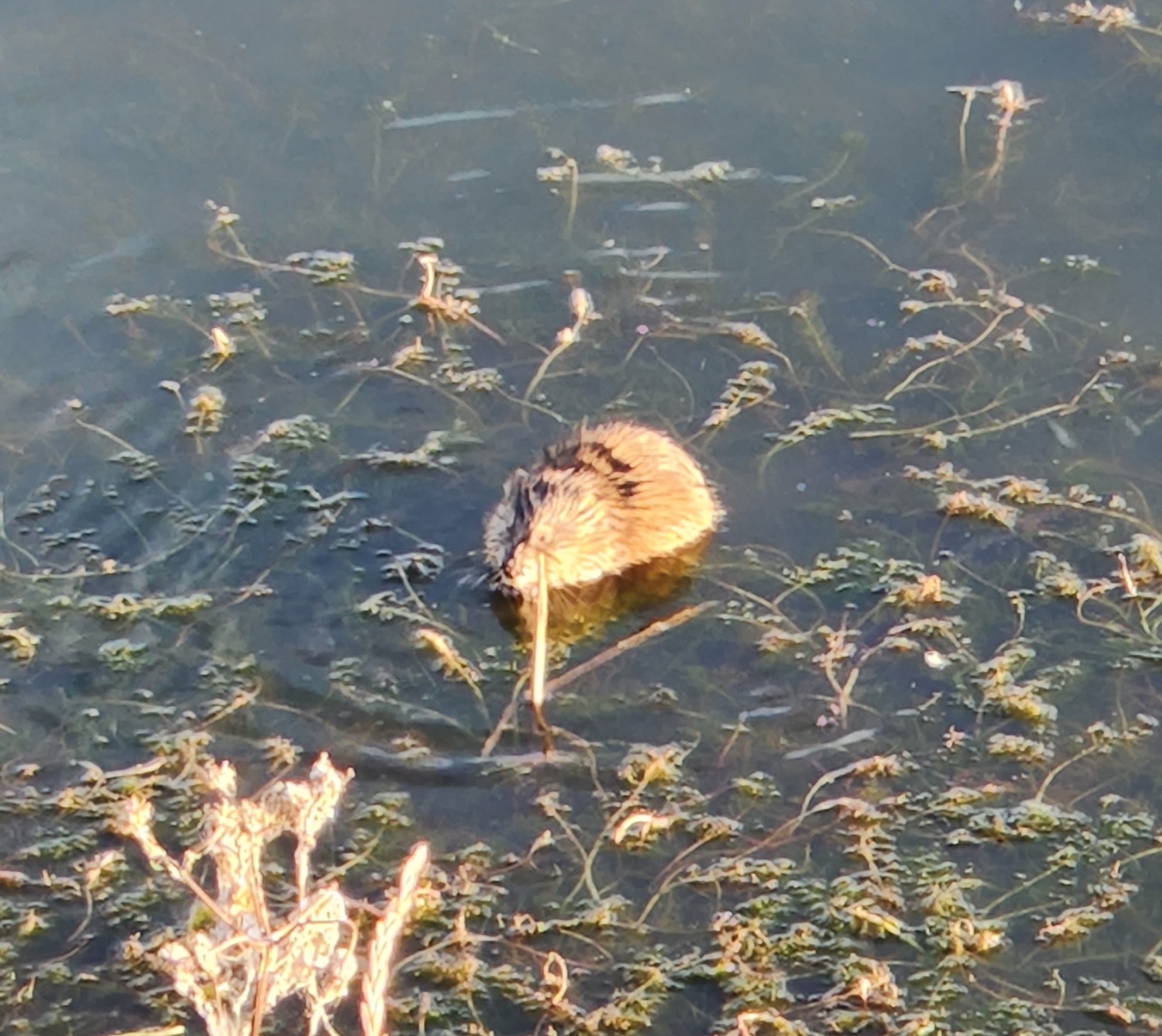 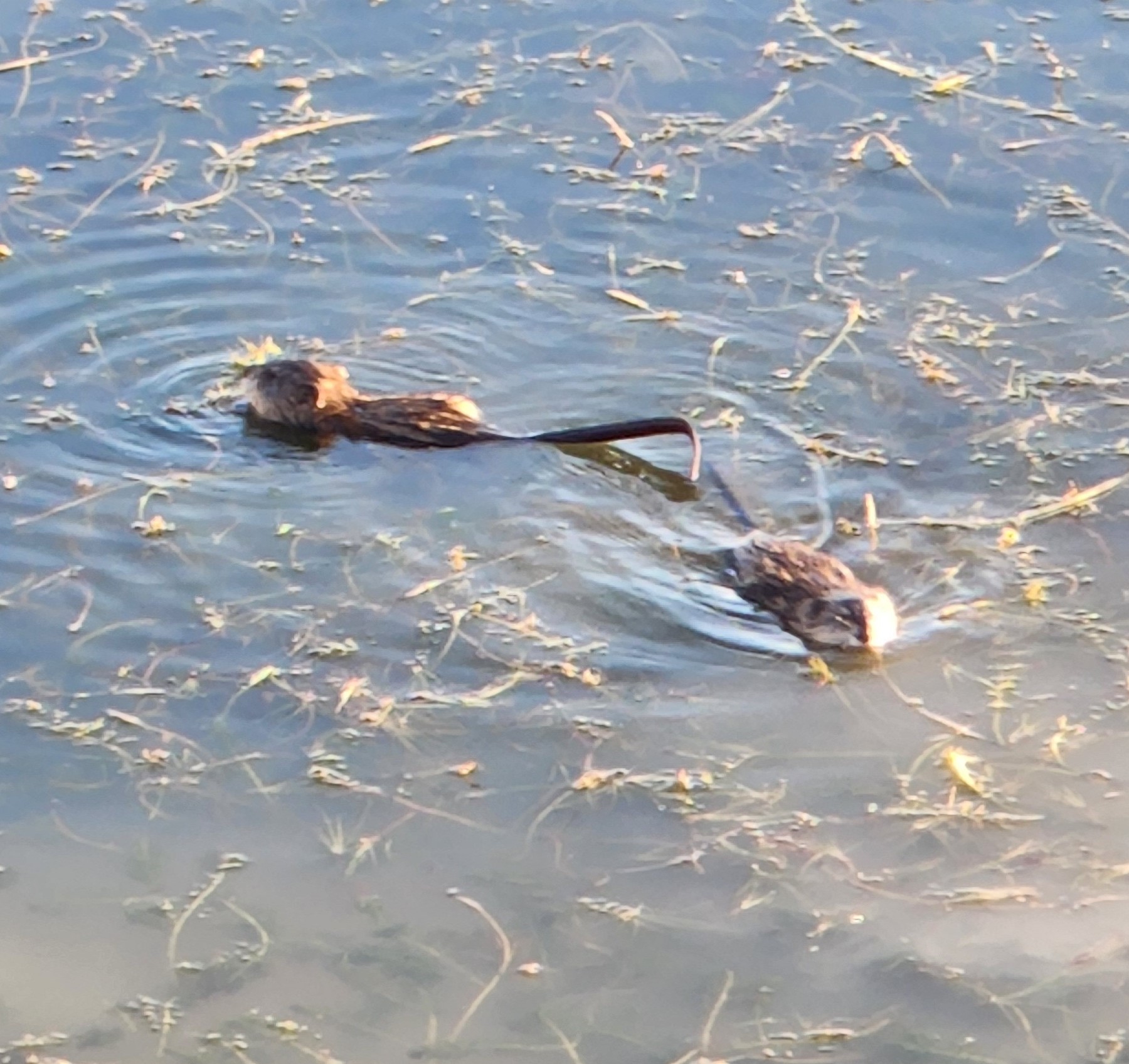 One of these days I gotta get myself a zoom lens... They are so much better to view in person and I wish I could share clearer images with the community. If you are trying to find Muskrats look for a pond with a lot of growth that seems to be at the lower end of a cascade of storm ponds. They prefer something that would be permanent and wouldn't often dry up.

Dear @crypticat,
May I ask you to review and support the new HiveSQL Proposal so we can keep it free to use for the community?
You can do it on Peakd, ecency,