The Polkadot Network in 3D

Below is an example of the Polkadot network with 10 parachains (this number will increase in reality and is not static). The image below represents a snapshot in time. The current block in the relay chain is represented by the blue block at the centre. Each of the 10 parachains has a green block. 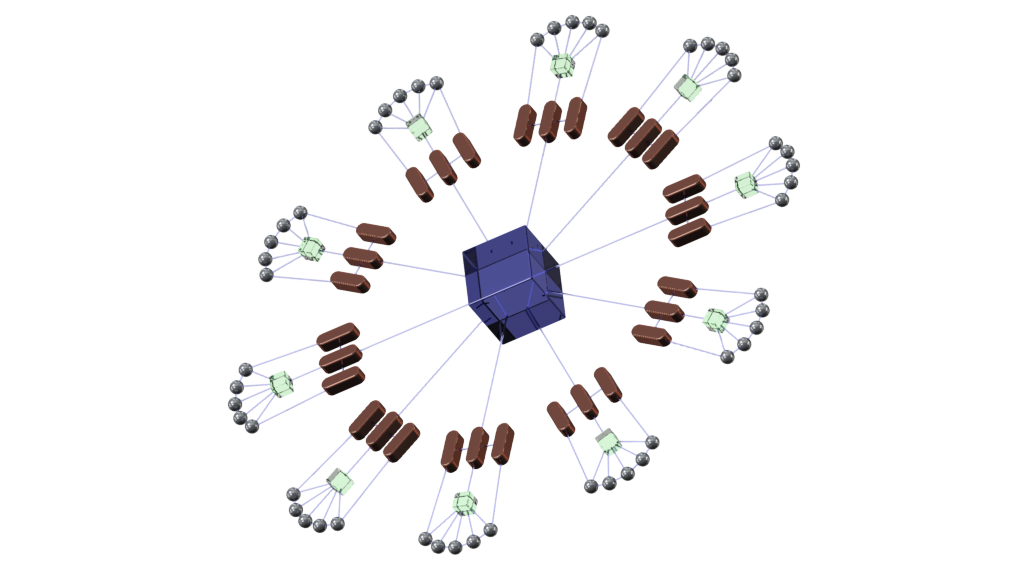 What are those shapes?

I have tried to use the same symbols as the Polkadot light paper (See image below). The light paper can be found here. It's a good read! 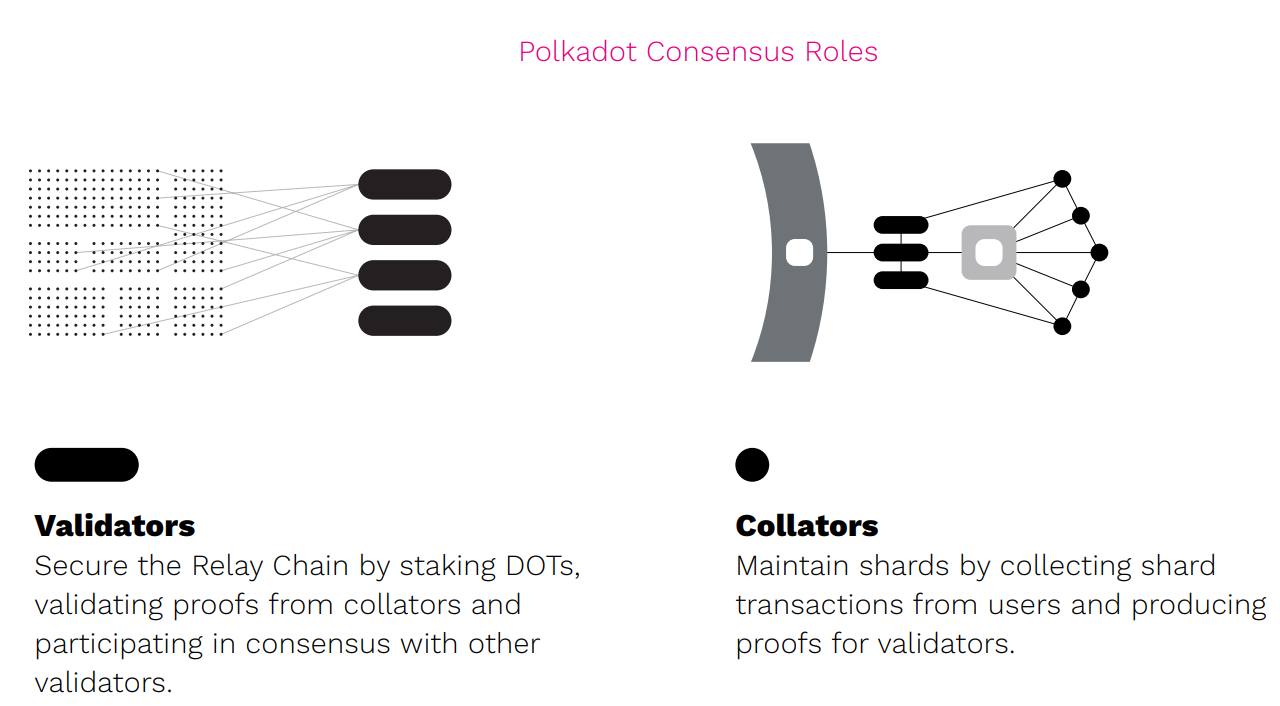 Blocks are connected sequentially starting with the genesis block (the first block ever created). For this reason I diverted a little from the light paper and used a line of blocks, rather than a circle, to represent the relay chain. Below you can see past blocks on the left. In reality the Polkadot blockchain is much longer than shown below. At the time I wrote this, there was over 1.3 million blocks generated. A block is created (roughly) every 6 seconds. You can watch the blocks being created here. 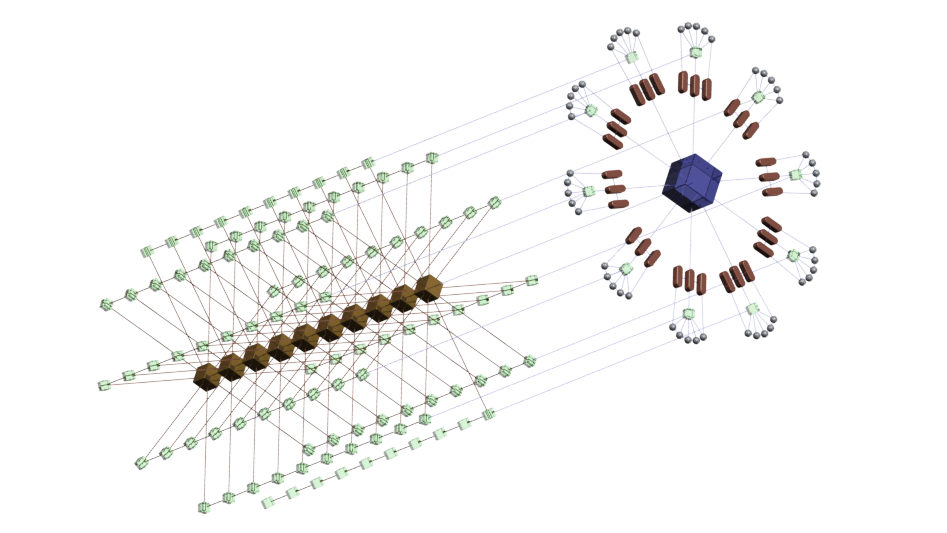 Bridges will allow Polkadot to talk to, say, Algorand. In fact the Moonbeam Project aims to do exactly that and make a bridge to Algorand. My model does not show a bridge to the Algorand Blockchain, but I plan on upgrading it to incorporate a bridge. A fly around video of the model will need to made once it increases in complexity; the image might get a bit too crowded. Stay tuned. 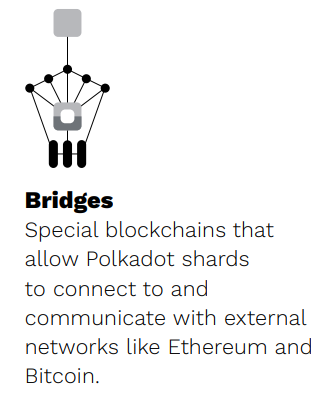 Note: happy to hear any advice on how I can improve the model. I'm pretty sure my information is factual. If you see an error let me know in the comments :)

Tips - If you're feeling incredibly generous...