First of all I'd like to emphasize that it's been over a decade since I read the earliest works from this author so information about his works on that time period may not be as accurate.

For me there are very few manga or webtoon authors that really left impressions. It's like watching movies in the cinema, most people knew the title of the film but only some knew the director. Of course, the are exceptions and these only happens if it's either very good or... very bad.

Reading the works of Seo Kōji has always been a bittersweet experience. 'Slice of life' is about enjoying and appreciating the simple things we do - things that we for most of the time have taken for granted. Kōji was master of this genre. People who read his works would agree that he handles emotions really well. It's far from perfect but his technique in bringing up emotions is undeniably effective.

He has close to a dozen of works but I'll focus this discussion on only 3 of them. Namely these are 'Suzuka', Kimi no Iru Machi (A Town Where You Live), and Fuuka.
The reason for these choices is because they occur on the same universe and their timelines are relatively close.

P.S. I think Princess Lucia is also a part of this universe but I didn't get the chance to read it. 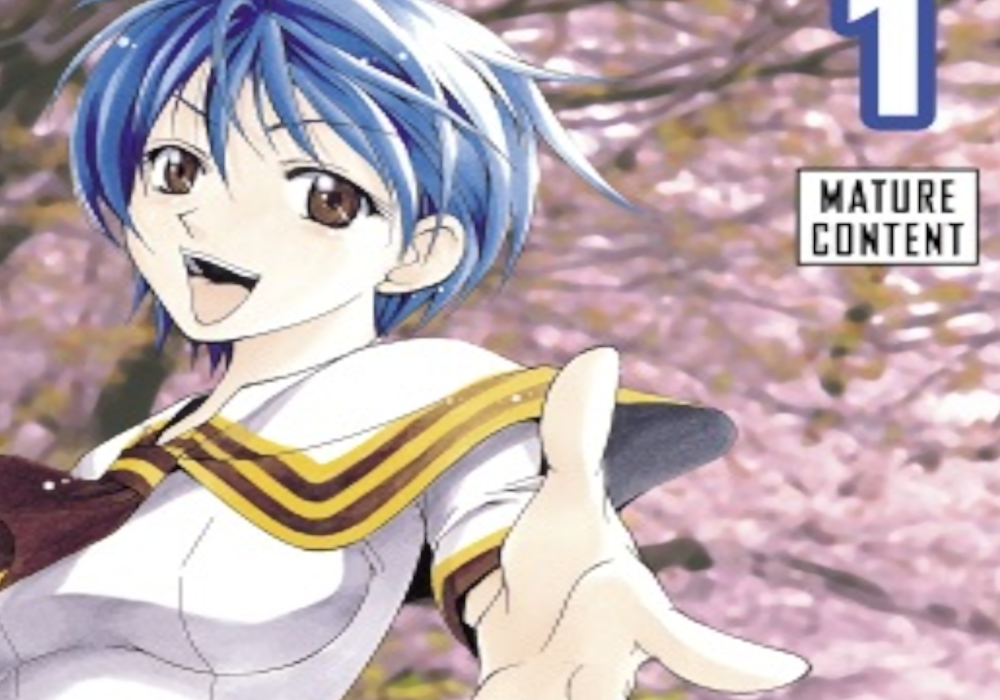 Suzuka is more of a lighter read and is the best of 3 in my opinion. It's in the days where Kouji was still polishing his art style.

Yamato Akitsuki is a teen country bumpkin from rural Hiroshima who moved to the big city. Yamato is portrayed well to have that natural sense of humor. He was lucky enough to have a rent-free accommodation courtesy of his aunt. Problem is, it's an all-girl housing complex and a spa. Settings like this must be new and fresh some 10 or 15 years ago but now they are overused that it became very predictable. Still being a pioneer in this kind of setting I think 'Suzuka' capitalize it cleverly. And I must say that the mix of ecchi or naughty elements is not gross but actually is a great complement with the comedy. 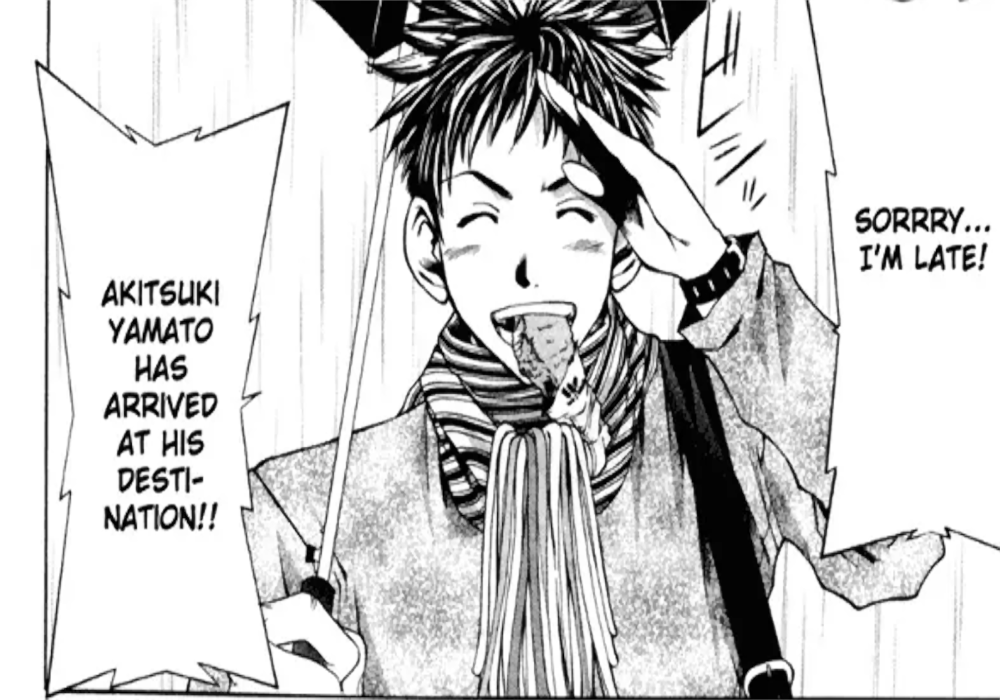 These days in this kind of setting we know what would happen. He would meet the heroine. Suzuka Asahina is miss perfect. S-grade facial features, great proportions and very talented particularly in Sports, enough for her to be scouted by different track and field teams in the nation. Yamamoto was mesmerized when he see her doing high jump. And we know that it's a start of a roller- coaster ride to happiness. 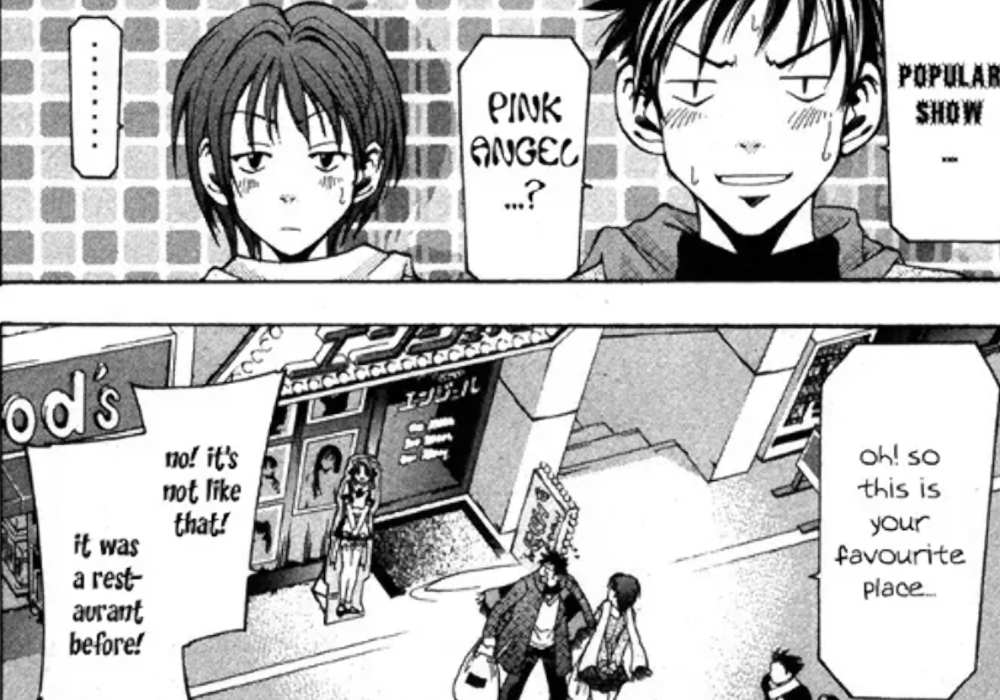 Frankly, it is entertaining. An ordinary rural boy conquering a top class beauty is a dream of many. And the manga 'Suzuka' is a first of many. The back story behind Yamato's rejections is quite the plot twist. And I think it's one of the biggest factor into completely syncing and complementing sports+drama+romance genres in 'Suzuka'. 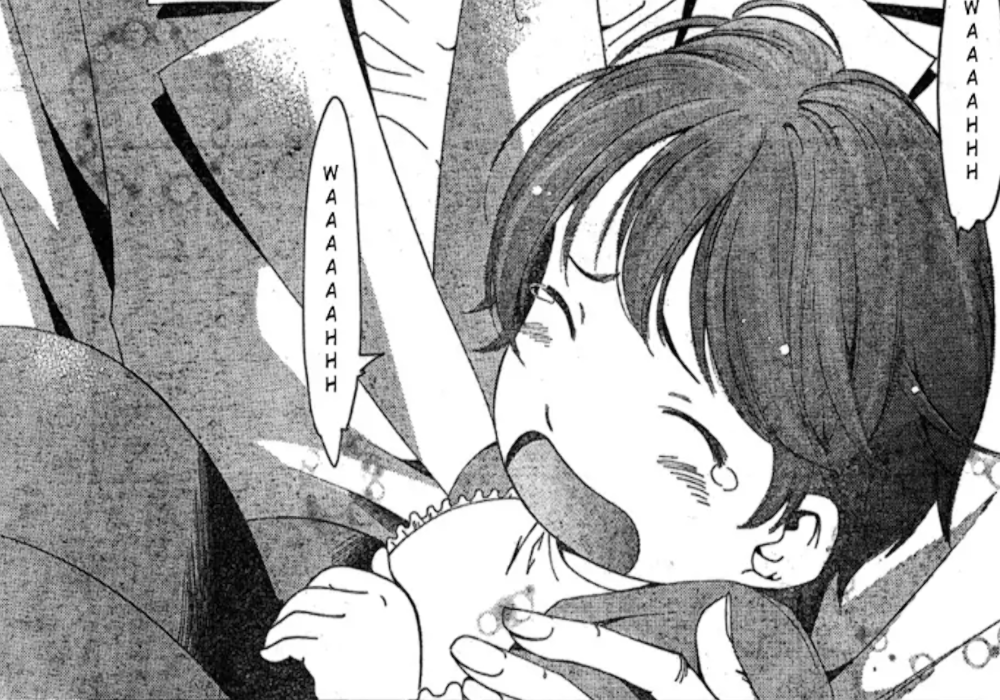 The way Suzuka ended is one of the most beautiful endings I have read. A mother sacrificing all the glory and fame for her unborn child is still predictable but how it was portrayed left me speechless. Nowadays we're living in a very materialistic world and I think most people would choose the opposite option. The child named 'Fuuka' was a symbol of hope and a new life for both Yamato and Suzuka. 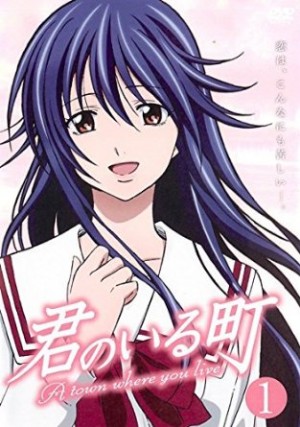 Kimi no Iru Machi (A Town Where You Live) has a much more complex relationship settings than Suzuka. In a way it's unique and still reflects Seo Kouji's style but in some point it's tiring to read. There are moments that readers might find it hilarious and at the same time question the realistic value.

In this piece the actual setting was reversed it was now in Hiroshima, in a town named Shobara. Prior to returning to the town the female lead city girl Yuzuki Eba was already friends with the MC Haruto Kirishima, although at some point he forgot about this so-called friendship.

Kirishima has a crush on a town girl Nanami Kanzaki and Eba somehow volunteered to ship them. The problem is, the shipper became the one getting shipped leading to Haruto and Yuzuki's series of complex relationships. 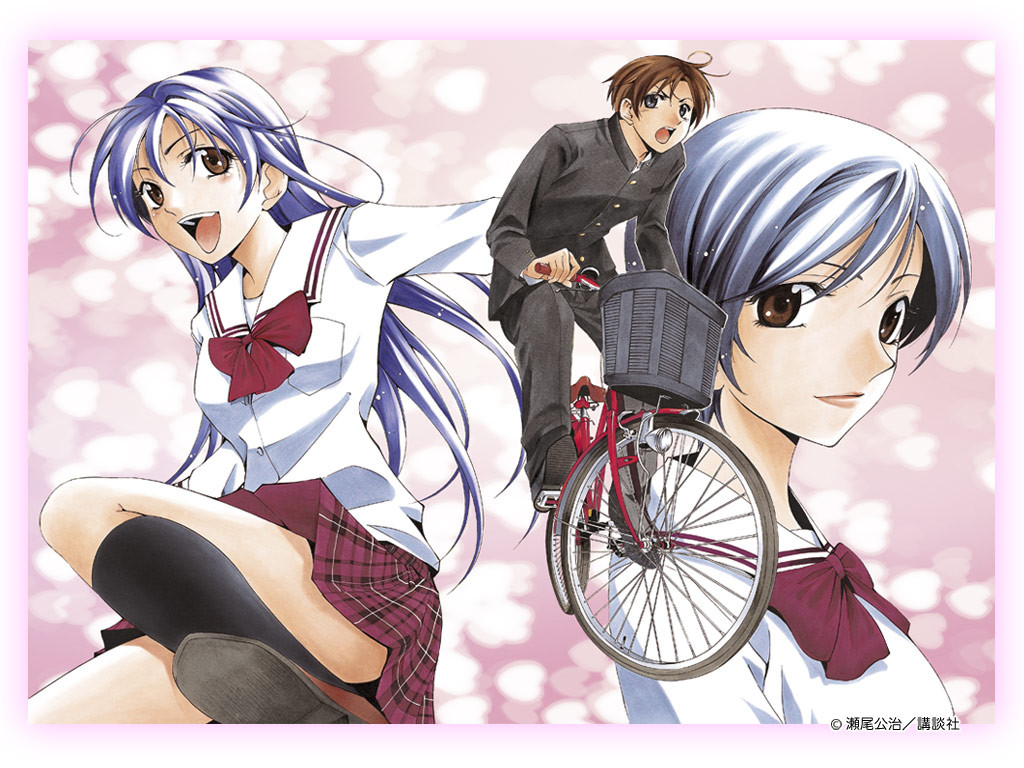 In this manga I noticed that Seo Kouji often kills side characters and then present them a decent back story. It's a good thing with Suzuka but I felt it was forced too much on this one. After reconciling with her family Yuzuki went back to Tokyo and suddenly cut all her ties from Hiroshima. Turns out her in a relationship with someone out of sympathy. At this point I guess some people would be done by this already, not because of them breaking up and not hearing anything from her, but because the reason for doing so is just pathetic.

Some years passed and Haruto is now dating a girl named Asuka Mishima, which is in my opinion the nicest and most 'abused' character in this series. When the Haruto and Yuzuki met, they felt that the spark was still there and poor Asuka was tossed out. I really pity characters like Asuka because they are created not to have an identity and significance to the plot. They are merely created like cheap cabbages just to have a reason for the leads to reunite. Long live the scapegoats and the disposables! (LOL)

Well, their friends got really upset with the two leads and Yuzuki's father was against them at some point (well, they deserve it) but in the end love conquers all (oh sh*t,i'm gonna puke) and their eventually got accepted and they live happily... 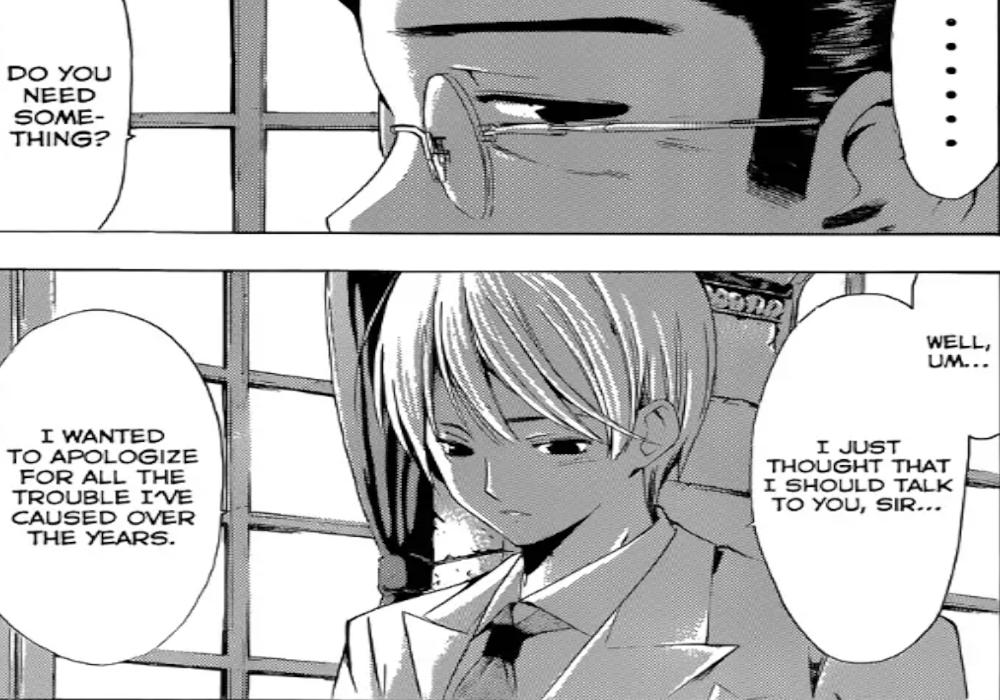 No they break up again, because Haruto's job got relocated in a far away place and they can't sustain their relationship. In this time period while riding a train he has a fateful encounter with the grown up Suzuka from the previous series and his cute little daughter Fuuka. It's very short but it really left an impression between the people involve.

If there's a thing I have learned about Kimi no Iru Machi it is PATIENCE for two unrelated reason. First is, waiting is hard. Sometimes it's unbearable and painful to wait for things and people but most of the time we really have no choice. Let it pass and it will eventually get better. Second is, just to literally have the patience to read and finish a material like Kimi no Iru Machi. 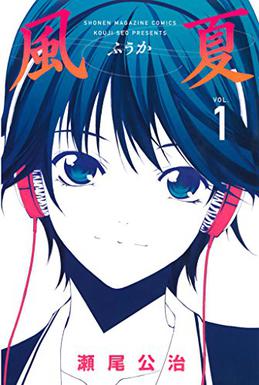 Lastly is Fuuka, the sequel of Suzuka. This will be short as I dropped it early. For me it's very painful to read. To be honest Fuuka is an excellent piece if not for what happened to chapter 36 I would rank far higher than Suzuka.

The transition from sports to music genre is smooth and seamless. This is also the manga that showed the finesse of Seo Kōji's final art form. Compared to the seemingly trial version Suzuka, Fuuka's art is far more superior. Great plot but not really my cup of tea. It's hard to swallow the priciest food if you're allergic to it.

I know someone will die but why does it have to be the child of Suzuka and Haruto? It's been over a decade but I still feel wasted thinking about it. Imagine investing hundreds of hours through years just to see that child die and that's when she finally found something that she could call her own.

I still recommend reading it. Maybe I became to emotionally invested in Suzuka during my teens. Anyway, Fuuka is not bad but rather an exellentl piece it's just a matter of preferences why people chose to drop it.

Final Words? Hmmm. Kōji is a genius on playing with people's emotions and you need some mental conditioning before reading his pieces. Just kidding, I'm not saying you'll surely like it but it's worth a try. And if you do like it, especially for Fuuka, then good for you. (T.T) For me, it's quite an experience seeing how he improved through the years. The development of his art style is evident but his plot is getting harder to swallow.

Well, thank you for stopping by until the end!
See you next time.

Credits:
All illustrations and images belong to Seo Kouji and are only used for illustraion purposes. I do not claim any of them as my own.

Disclaimer:
1.) Images are not mine they are properties of Seo Kouji, and are only used as illustration purposes.
2.) The Author (LKP) is not a native English speaker therefore grammar mistakes are bound to happen.
3.) Please do wash your hands often.