sm-trainer (57)in #splinterlands • 5 months ago (edited)
Greetings fellow members of The Power guild! 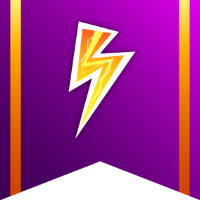 As you know, many of our newer members are in the Bronze or Silver leagues and don't own a lot of cards. This means they have to rent a lot of cards to compete.

In an effort to help grow the guild and increase our participation and success in Brawls each week, I am offering to delegate some of my unused cards to my fellow guildmates. Below are the cards that are currently available for free delegations. Most are Beta Edition or Old Reward Edition cards. A few are Gold Foil.

I haven't listed any Summoners, current reward cards or CL cards, but if that is something Guildmates want/need I may be able to help. You can list special requests in comments also.

In an effort to be as fair as possible, I will delegate on a first come, first served basis. You can request delegations of up to 3 cards per day. So, the first day you can may request 3 cards, 24 hours later you can request an additional 3 of the remaining cards. All delegations will last as long as you are active and remain in the guild.

To receive a delegation just list up to 3 cards you wish to have in the comments. 24 hours after you post your request you can come back and make another request of up to 3 cards. Please check all the other comments to make sure you are not requesting cards that have already been requested. Be sure to list your Guild name if it's different than here.

I hope that you will participate in the weekly Guild Brawls. Also, if you feel these delegations are helping you to increase your winnings, a small contribution to the guild buildings would really help.

And now, the cards:

Cards have been delegated. They are now yours to use as long as you need them and remain active in the guild.

I would like to request another cards, as you stated, thank you again for your generosity.
@Jon Frost
Wood Nymph LVL4
Goblin Sorcerer LVL4
Screeching Vulture LVL4 Gold

Just delegated the next set. Looks like your the only guildmate taking advantage of the offer, so you still have plenty to choose from for tomorrow.

I would to request another set of cards, It seems still nobody on our guildmates wants to try this kind of opportunity hihih, thank you very much
Kobold Miner LVL3
Serpentine Soldier LVL3
Gelatinous Cube LVL4 Gold

thank you very much SM trainer

yeah, Im curious also why our other guildmates dont have any interest to this kind of opportunity you provided for us.

thank you very much SM trainer, these card will provide huge boost for me.

Dear @sm-trainer, we need your help!