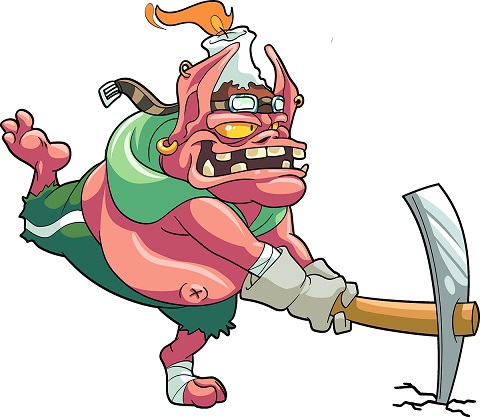 For the first time in many seasons Drizzlespit, the lowly Kobold Miner, was unafraid as he walked through the halls of his masters keep. "Well", he admitted to himself, "at least I'm no more fearful of a sudden and painful death than any other day since I was sold into servitude". He thought back over the years he had worked the mines deep underneath the keep.

Many times he had narrowly avoided being crushed in cave-ins or blown to pieces in explosions. But those were normal work day hazards. What really sent a chill down his spine was when he was sent up to the keep to deliver a message to his master and Lord of the Keep, @sm-trainer.

But today Drizzlespit could tell the mood in the hall was different. The other servants were walking about in the open instead of hiding in the shadows as was normal. Some of them seemed almost happy. The Master had been winning in the arena lately and every inhabitant of the keep was breathing a sigh of relief.

My performance this season was much better than the last few. I was able to reach Diamond League tier 2. I had hoped to reach tier 1 but, work interfered and I wasn't able to make a last push in the final hour of the season. Still I had a win/loss ratio of over 2 while participating in 130 matches.

Since Water is my strongest splinter, when I could I used Alric Stormbringer. Lyanna Natura was always my fallback summoner if the Water Splinter was not available. But I upgraded a few key cards in some of the other splinters in the last few days, so I my be spreading out my splinter selections more in the coming weeks.

As always, Furious Chicken is my number one utilized monster while Ruler of the Sea and Mischievous Mermaid are my most used monsters with a Mana cost.

Since the Water Splinter doesn't have a lot of fliers in it, I don't do well with Earthquake ruleset. And apparently I'm too stubborn to try other splinters that work better with Earthquake. I should work on branching out a little more this season.

I'm not much for playing tournaments, but I did enter one and won a tiny prize of 75 DEC for my effort.

I was very happy with my rewards this season. Especially the End of Season reward where I pulled a Legendary and Epic cards and over 600 DEC.

Splinterlands is a very rewarding game when you put the time in. I made more of an effort this season and the rewards show. The Splintershards announcement has definitely helped reinvigorate my interest in working harder at playing.