PLAGUE OF FEAR 2020 - Part 5 - Revealing the conspirators & their plans

In Part I of this series of articles, I described the shocking effects we all experienced during the first half of 2020. The surprises, lockdowns & fearmongering in the media over the so-called Coronavirus outbreak.
https://steemit.com/news/@francesleader/the-plague-of-fear-2020

In Part 2 I diarised the events & clues we were amassing during July 2020. The pandemic we now call #COVID19 began to be better understood & I was able to introduce the accumulation of EMFs as a potential cause.
https://steemit.com/news/@francesleader/the-plague-of-fear-2020-part-2

In Part 3 I built on all that we know with daily updates & news items as they arose.
https://steemit.com/news/@francesleader/the-plague-of-fear-2020-part-3

Part 4 discussed the psychological tools that have been used to terrorise the world & their impact.
https://steemit.com/news/@francesleader/the-plague-of-fear-2020-part-4

Here in Part 5 I will lift the lid on the players behind the scene & their entire GLOBAL RESET PLAN.

Disturbing Addendum introduces a secret plan shared by those in the know.
https://hive.blog/news/@francesleader/plague-of-fear-2020-disturbing-scenario-addendum 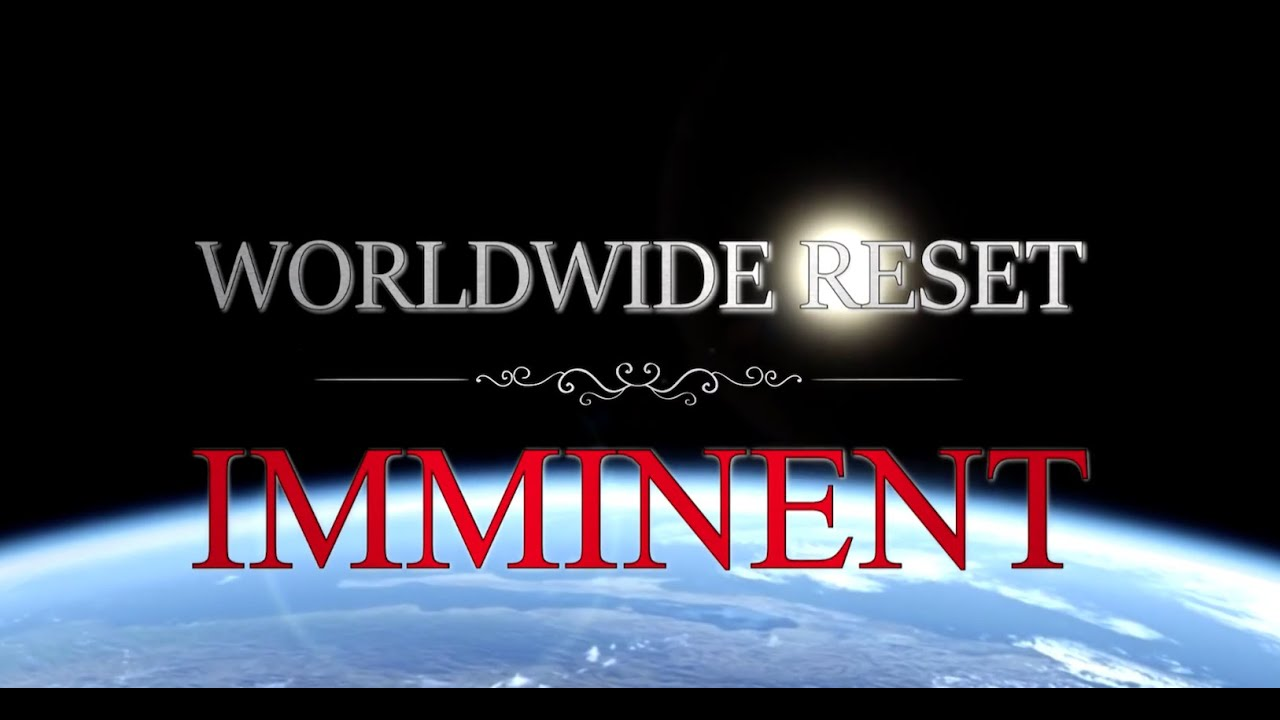 The Black Nobility are ancient bloodlines of despotic families who have ruled the world since before the Roman Empire.
I have written about them in many previous articles which can be found here: If you have read those you now have a clear picture of the history of the Black Nobility & its finely tuned control methods.

You will have realised that the British Empire was never British. It was cleverly named to ensure that British people would forever bear the stain of the evils that the Empire had perpetrated on billions of people in the world.
This was quite intentional.
The Guelph family, aka the Saxe-Coburg & Gotha are now known as the Windsors & are the British Royal family.
They are the most powerful Black Nobility family, the greatest landowners & the most wealthy in the world.
They will not give up their "divine right to rule" despite idiotic rumours that they wish to "step down".
Disavow yourself of that notion.
It is ridiculous.

The British Queen Elizabeth II frequently creates Knights for her realm but these are not often foreigners.
A notable exception is Sir Klaus Schwab who is the founder of the World Economic Forum.
He has been granted similar honours from very many countries in the world & if you try to find out why, you can only conclude that it was because he wrote a couple of significant books.

One of those books was the "Fourth Industrial Revolution" & is the basis for the global totalitarian reset which we find ourselves being forced into by the Black Nobility.

Listen very carefully to this (no expense spared) video that the World Economic Forum have produced to convince us that they have our best interests at heart.

Do notice that the schemes & agendas are not (as stated) part of the global response to the COVID19 pandemic.
They have been long prepared, meticulously considered & designed to reduce human population before implementing a Global Reset in which the survivors will be enslaved in perpetual hell while the Black Nobility & their select few close servants luxuriate in elevated wealth beyond our wildest imaginations.

A famous conspiratorial family are, of course, the Rockefellers.
They have had a huge influence on the fossil fuel, pharmaceutical & travel industries.
Their habit of attempting to monopolise & to drive competition underground is legendary. Much has been written about them but it is always interesting to look at what they are planning for the future. It can be very valuable information! I am seeing online that many people have focused on the Lockstep scenario in the Rockefeller 2010 document "Scenarios for the Future of Technology and International Development", but if you read it there are 4 scenarios described.
It is my opinion that ALL FOUR are being implemented simultaneously.
I have a copy (in English) here:

A tremendously important video & companion pdf came to my attention today.
It is essential to understand what is being done to all of us.
WHAT ON EARTH IS HAPPENING? By Claire Edwards, ex UN staff member & the woman that challenged Guterres about 5G.
The video was removed by You Tube & so provide the full pdf of the report she is discussing here:
https://filedn.com/lNcSErof1HQYvaQ3T6q9gBJ/DOCS/INVESTIGATIVE-REPORT-ON-THE-COVID-19-PANDEMIC-AND-ITS-RELATIONSHIP-TO-SARS-COV-2-AND-OTHER-FACTORS.pdf

Today, thanks to Medea Matters twitter account I came across this:
Ty Bollinger interviews Dr Igor Smirnov on Electromagnetic Radiation & his invention, the WaveRider, which can protect us from #EMF damage.

This 1000 page document has come to my attention.
It comprehensively explains the impact of EMFs on all forms of life.
The experiments described prove that non-ionising pulsed electro-magnetic frequencies are having a devastating effect on life & have been known about for some time.
We can therefore view them as a weapon deliberately deployed for destructive purposes. There can be no other explanation.
https://smartech.gatech.edu/bitstream/handle/1853/62452/LARGEST_UNETHICAL_MEDICAL_EXPERIMENT_FINAL.pdf?sequence=4&isAllowed=y

This is a very disturbing letter which was sent to Ben Fulford.
An extract:
"This led me to dig into the 5G/ nanobot/transhumanism agenda rabbit hole and fell across what I believe is a global genocide agenda using 5G frequency. This agenda is set to be rolled out this coming October, and continued from city to city until next August and will result in hundreds of millions of deaths in the US, Canada and possibly much more worldwide."
https://benjaminfulford.net/2020/09/14/worldwide-5g-genocide-starting-in-october/

MIND CONTROL IN THE UK

"The intelligence agents can also use low level microwaves to cause mental and physical confusion that leads to illness. Beaming microwaves at victims makes them fatigued, damages their immune system, causes neurological damage that affects their thinking and ability to carry out tasks, induces premature aging, cancer, and cataracts."
https://everydayconcerned.net/2015/09/01/tim-rifat-deadly-microwave-weapons-being-used-covertly-as-dissidentmass-behavior-control-weapons-in-uk-and-us/

Postscript Oct 18 2020
Another compilation of evidence to BUST the #SARSCoV19 hoax.
https://drive.google.com/file/d/1S_d2K0W-5Ps2wz4NAUKiH1G5rV9AyNqJ/view

Go to the heart of virology, vaccination & what vaccination is propped up by – the entirety of virology & vaccine science is predicated on one thing—that viruses are infectious agents that cause disease.
https://www.thebernician.net/the-deception-of-virology-vaccines-why-coronavirus-is-not-contagious-2/?

Claire Edwards, BA Hons, MA, worked for the United Nations as Editor and Trainer in Intercultural Writing from 1999 to 2017. Claire warned the Secretary-General about the dangers of 5G during a meeting with UN staff in May 2018, calling for a halt to its rollout at UN duty stations.
She part-authored, designed, administered the 30 language versions, and edited the entirety of the International Appeal to Stop 5G on Earth and in Space (www.5gspaceappeal.org) and vigorously campaigned to promote it throughout 2019.
In January 2020, she severed connection with the Appeal when its administrator, Arthur Firstenberg, joined forces with a third-party group, stop5ginternational, which brought itself into disrepute at its foundation by associating with the Club of Rome/Club of Budapest eugenicist movement.