Well, it took long enough, but I finally found the time to add this new fictional tank to my collection to meet my self-imposed 15mm challenge. 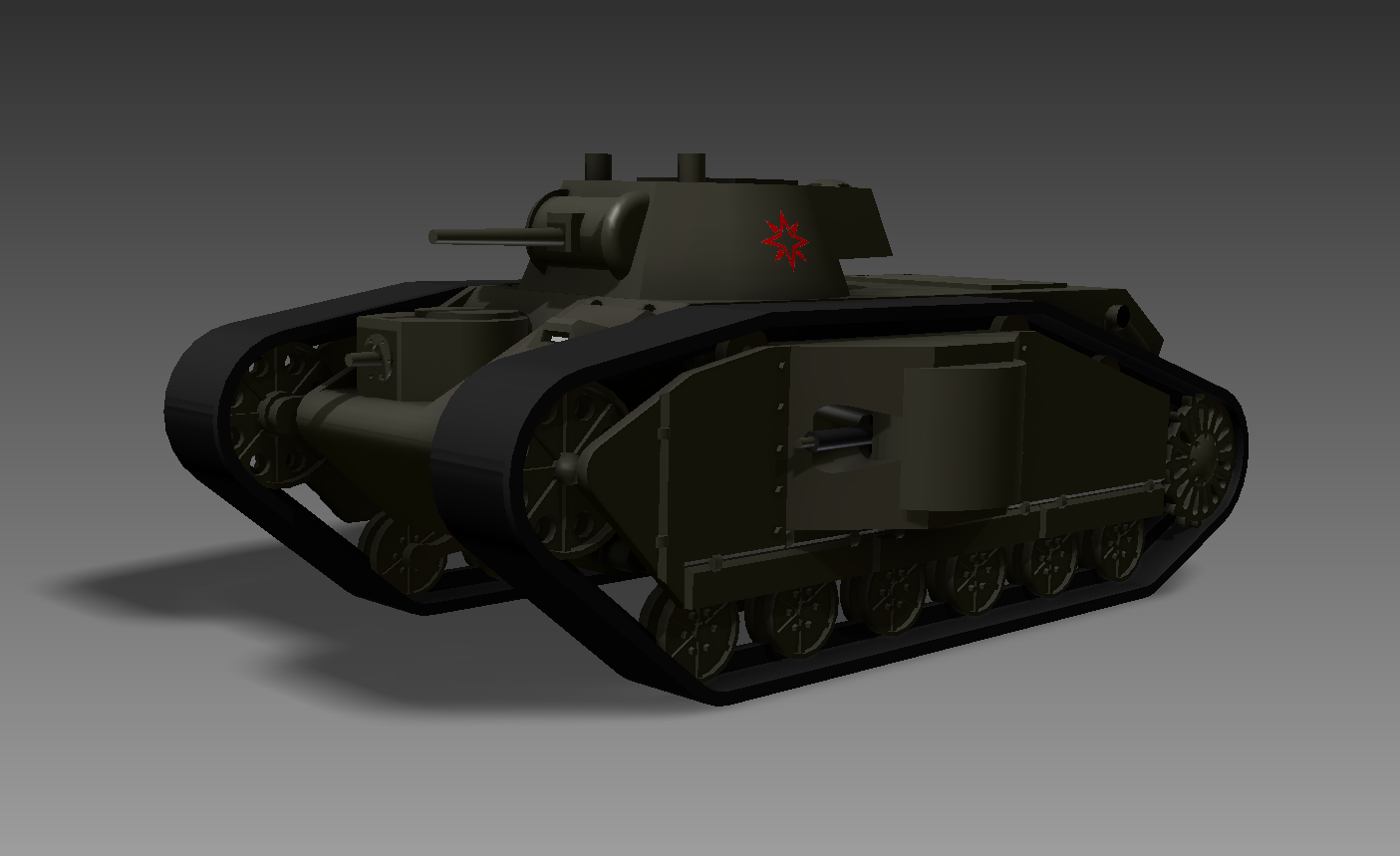 "KT" stands for "Krepostëvaja Tačanka," which means "fortified machine gun cart" in Rhûnnish, the first constructed language I ever worked on. Rhûnnish is virtually identical to Russian, aside from a radically different alphabet. I actually created the alphabet in a font creator, and even my own keyboard layout as a modification of the Russian keyboard to accommodate additional characters. The following image shows the difference between these two languages related to this tank: 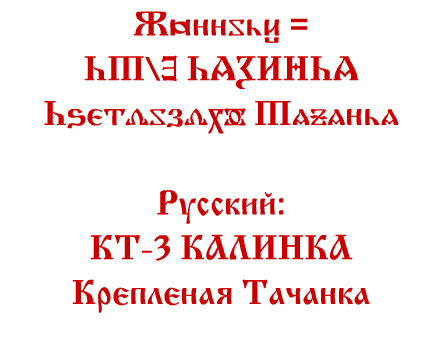 The KT-3 is, in the context of my fictional world, the development of a heavily armed infantry support vehicle, one which started out as little more than a tankette, but eventually blimped to the size of a T-34. The Rhûnnish operated three primary series of armoured vehicles: the ST series, or motorised machine gun carts (armoured cars), the BT series, or armoured machine gun carts (half-tracks), and the KT series, which are infantry tanks.

The image at the top of this post is actually outdated, but still relevant because I recorded myself rendering the model, and that was what I finished on. As I'm writing this post, I'm in the process of uploading the eight-part video series to BitChute. By the time you read this, some or all of the videos will be published. I have since made some modifications: 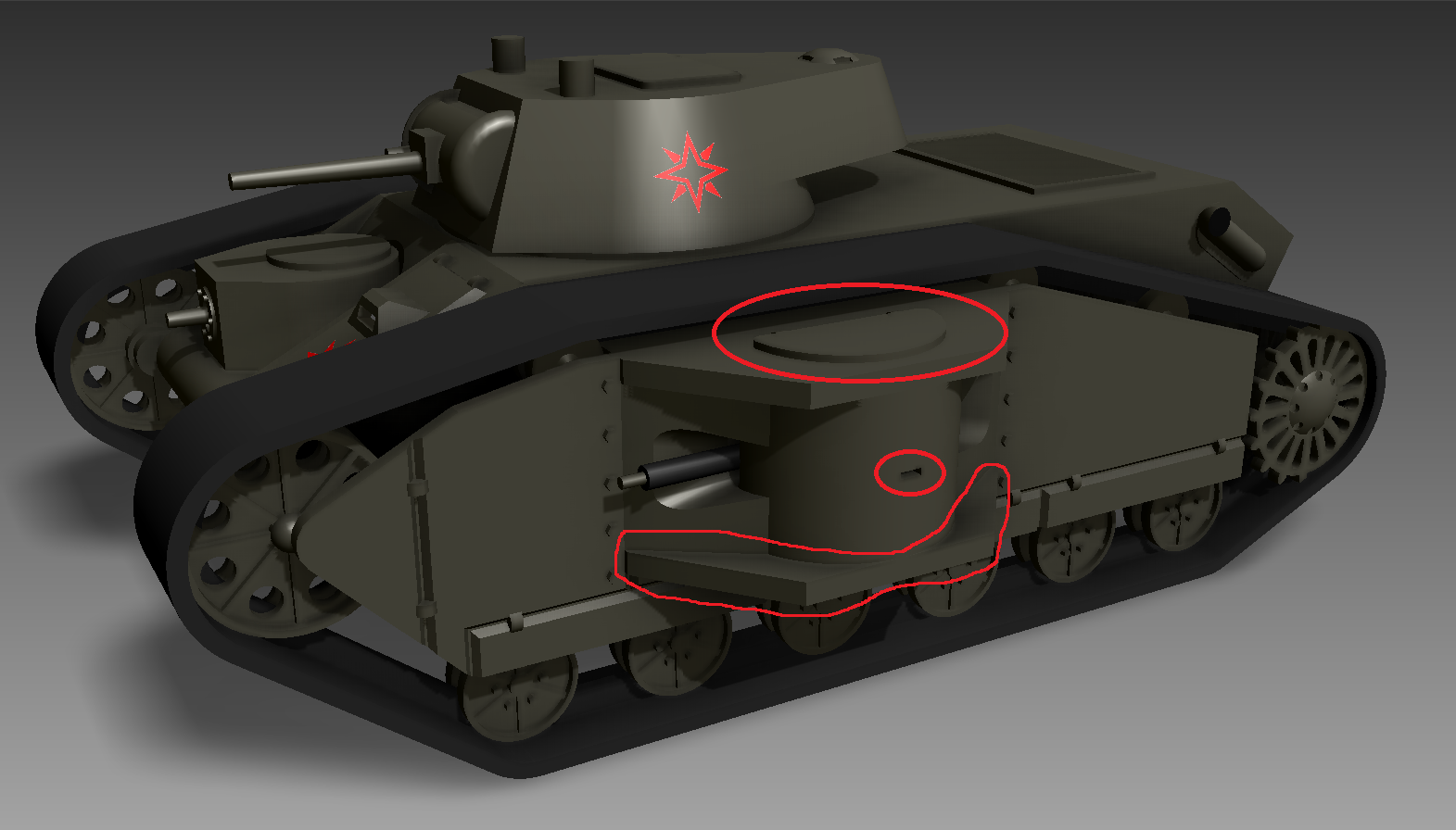 The changes are circled: on top is a sponson hatch (there is an identical escape hatch on the bottom of the sponson as well), in the middle is a vision slit in the side of the sponson turret, and on the bottom is an extended sponson plate to contain the turret and make assembly of the printed model easier (I ramble a bit about the modelling considerations I needed to make, using the gun bin of the SU-100Y as a precedent). 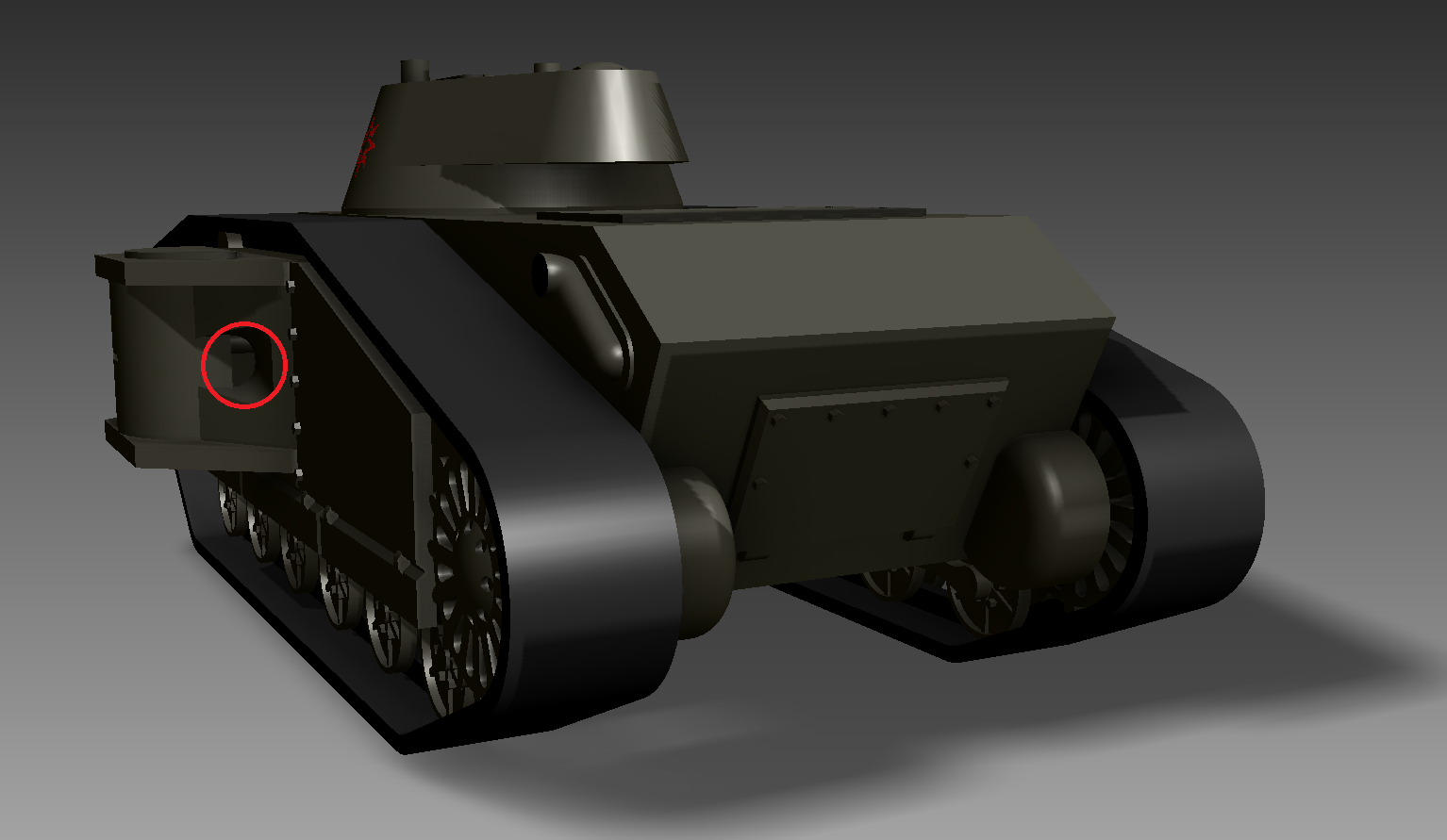 Likewise, I also opened up the back of the sponson turret, and this gap will not be visible unless the turret is either pointing straight forward or straight back. Hopefully this gap will be wide enough to facilitate assembly of the printed model, but I don't know when I'll finally get around to testing it.

There are multiple variants of the versatile KT-3, such as the KT-3A, which had a larger main turret that mounts an 85mm howitzer, and the KT-3O, which mounts a flamethrower in the forward turret. Below is the KT-3A: 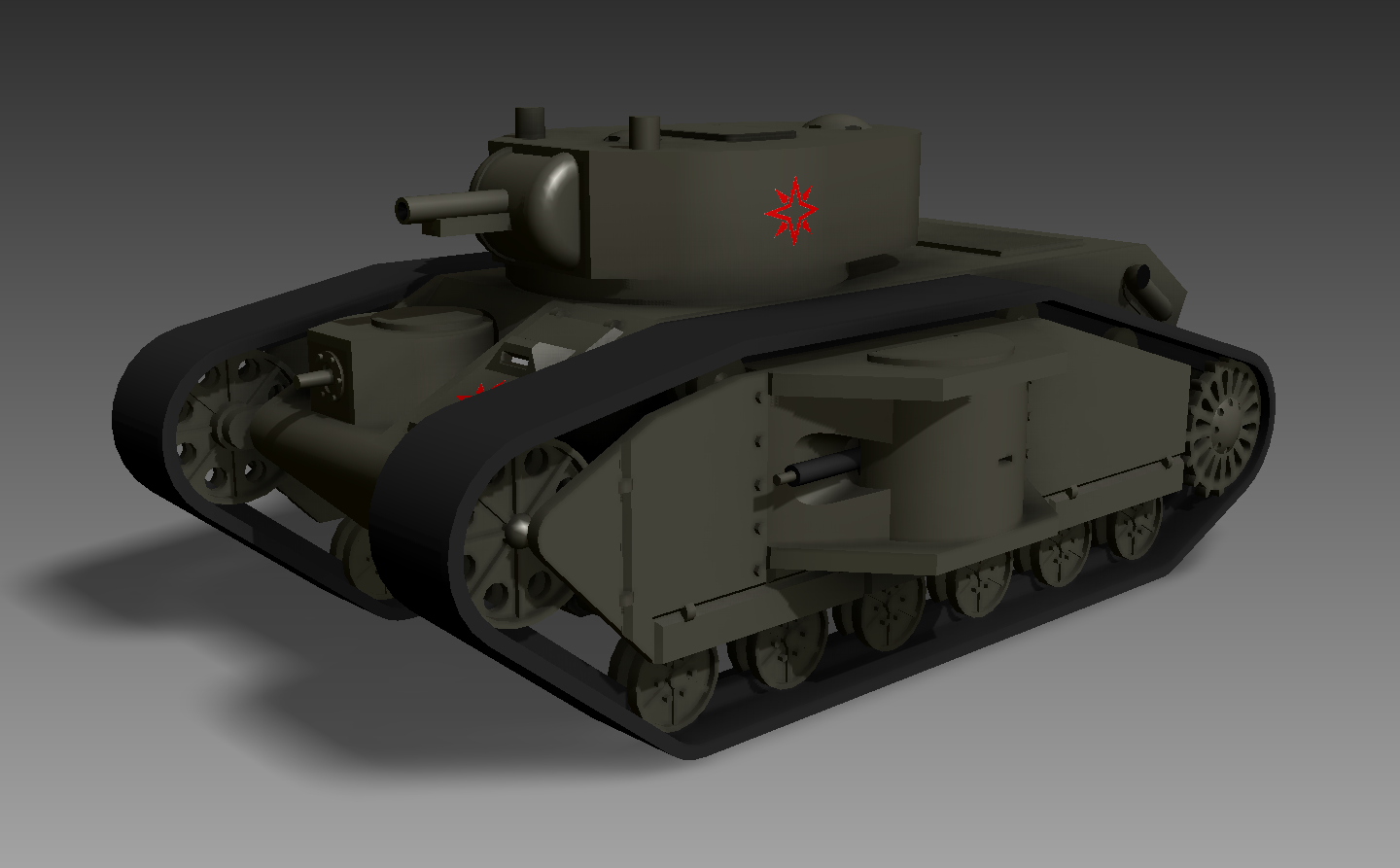 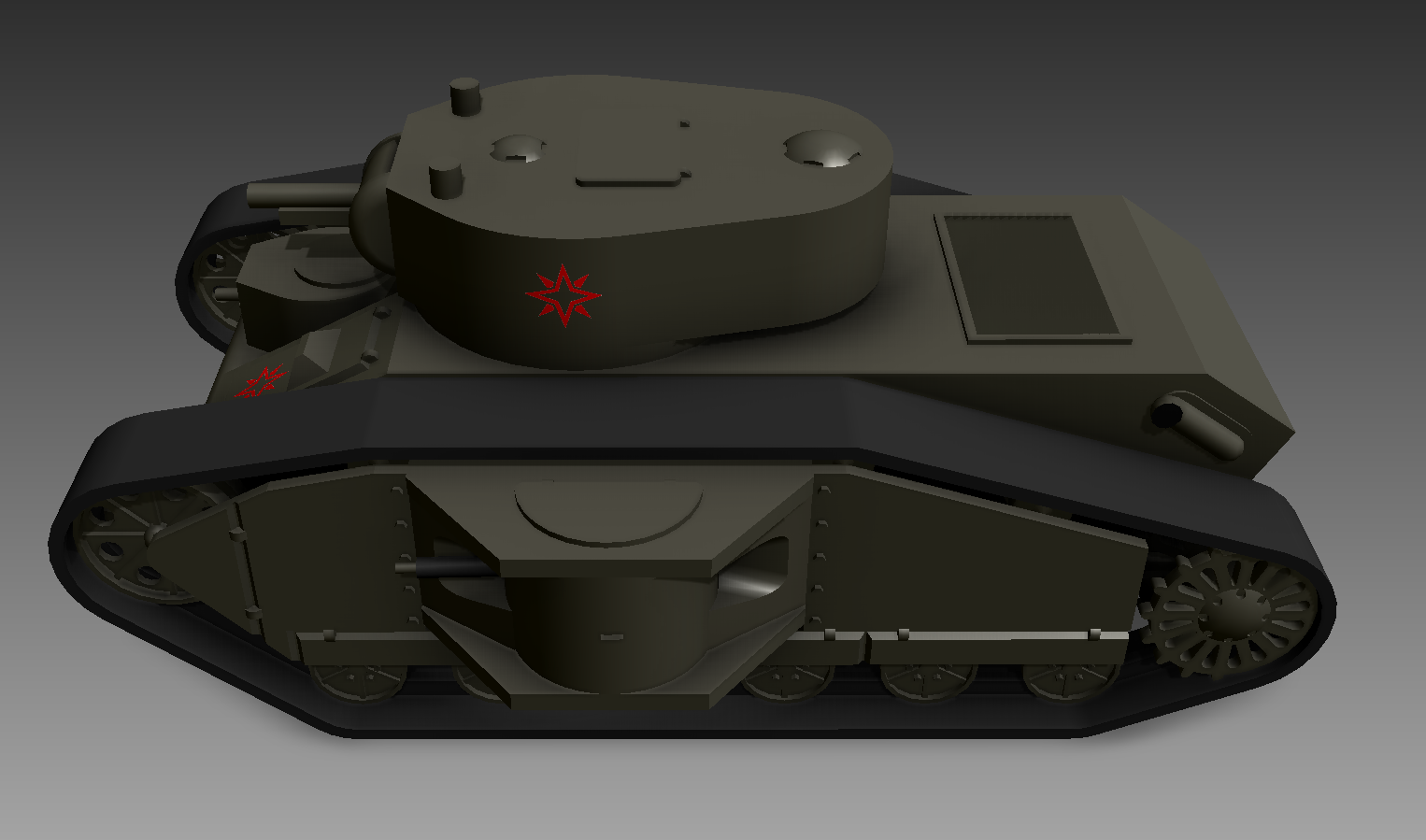 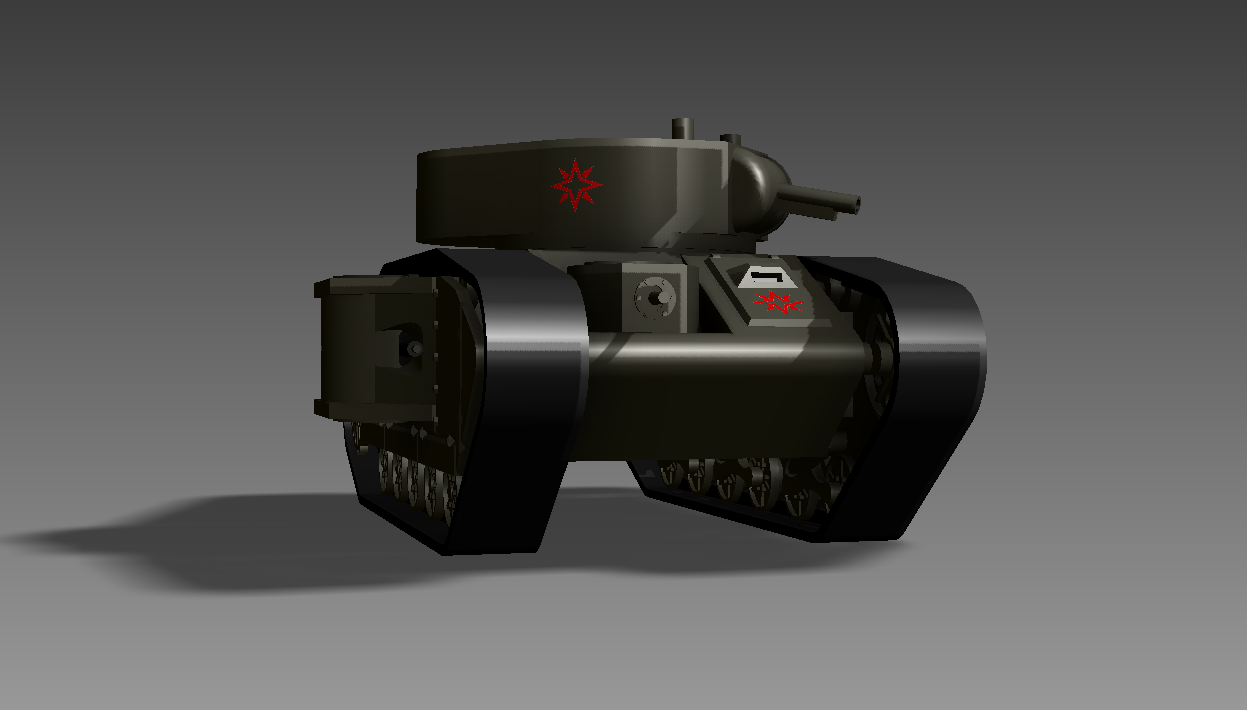 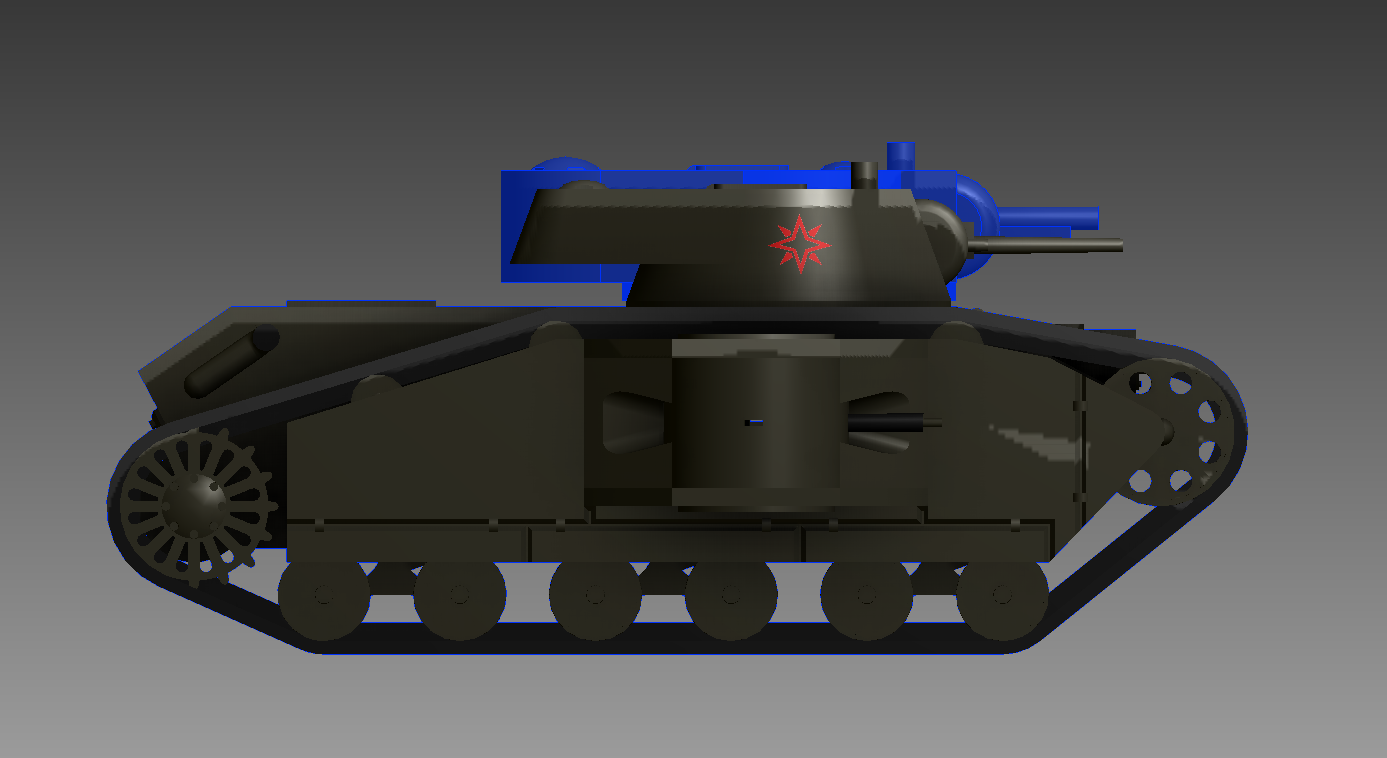 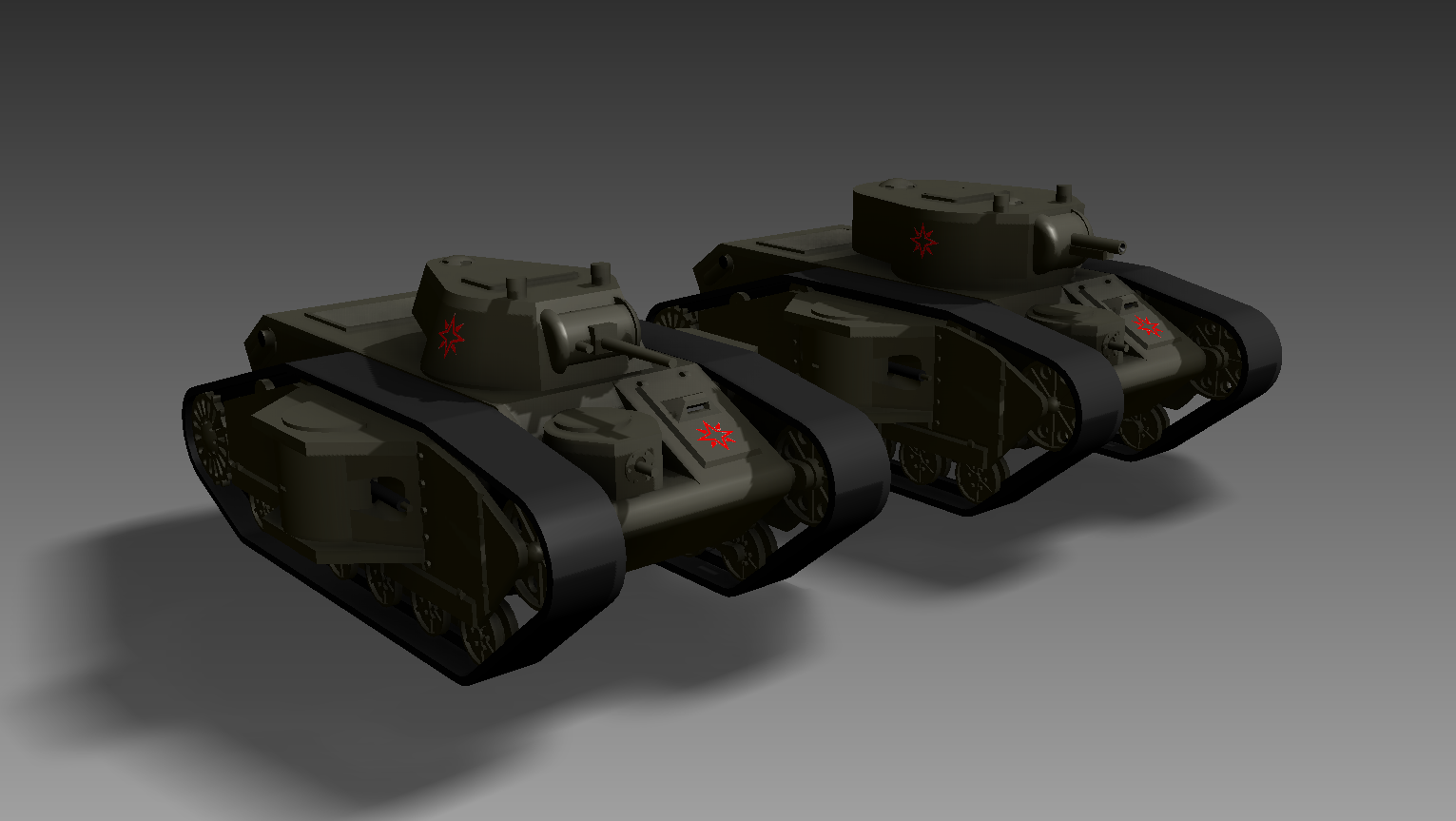 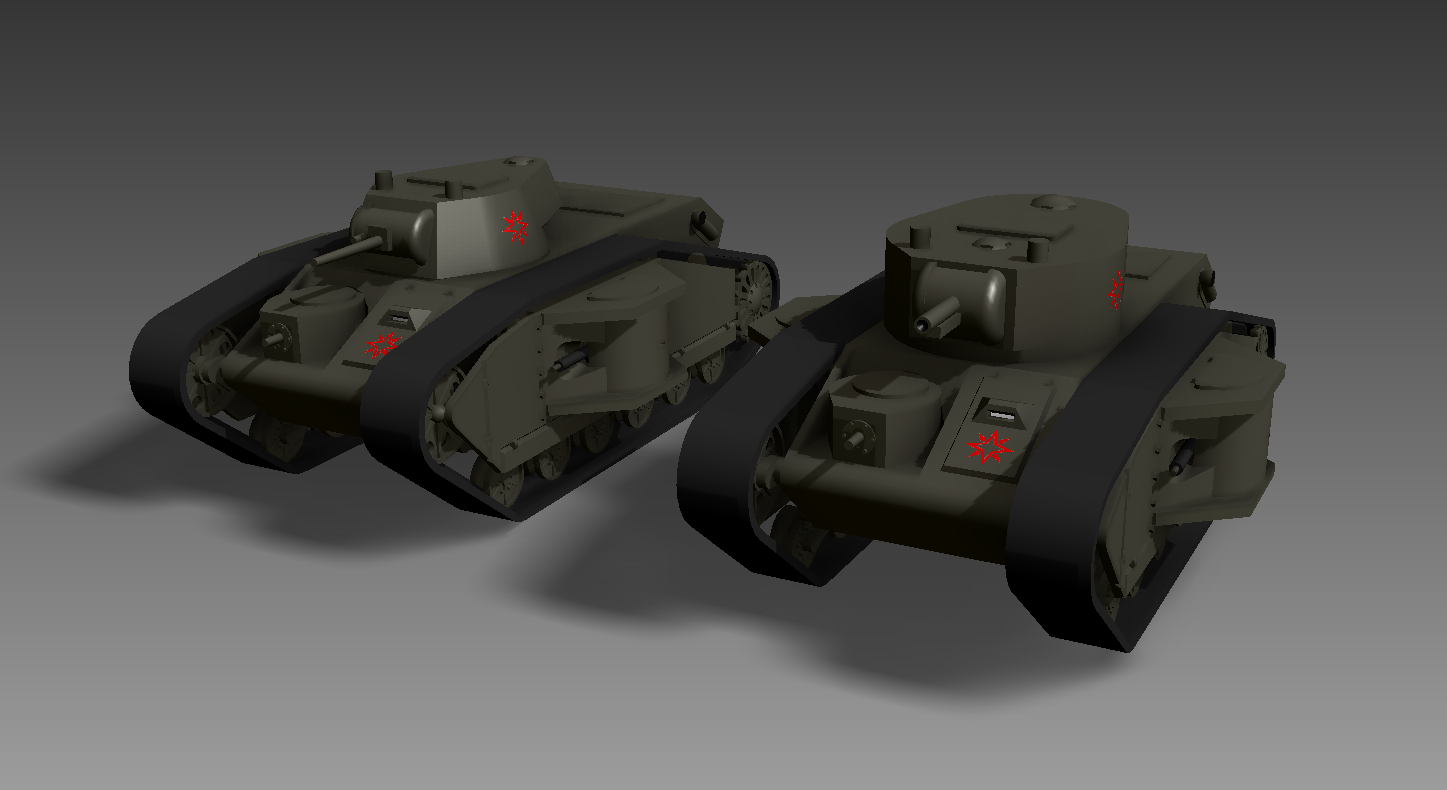 The KT-3 is meant to be an analogue of the T-34: relatively simple but with numerous variants, depending not only on the need but also components on hand in the factories, and produced in huge numbers. The obvious difference is that the KT-3 is much more primitive, because the Nine Empires is based on the First World War, not the Second, which is why I tagged this with "steampunk," even though the KT-3 runs on diesel fuel.