Better known as the ShinHoTo Chi-Ha, this is an improved version of the Type 97 medium tank of the Imperial Japanese Army. Nearly half of the roughly 2100 Type 97s built were this variant. Originally, I had no intention of ever adding Japanese tanks to my collection, but when my customers call, I answer. I can make any model tank, as long as I have decent drawings. 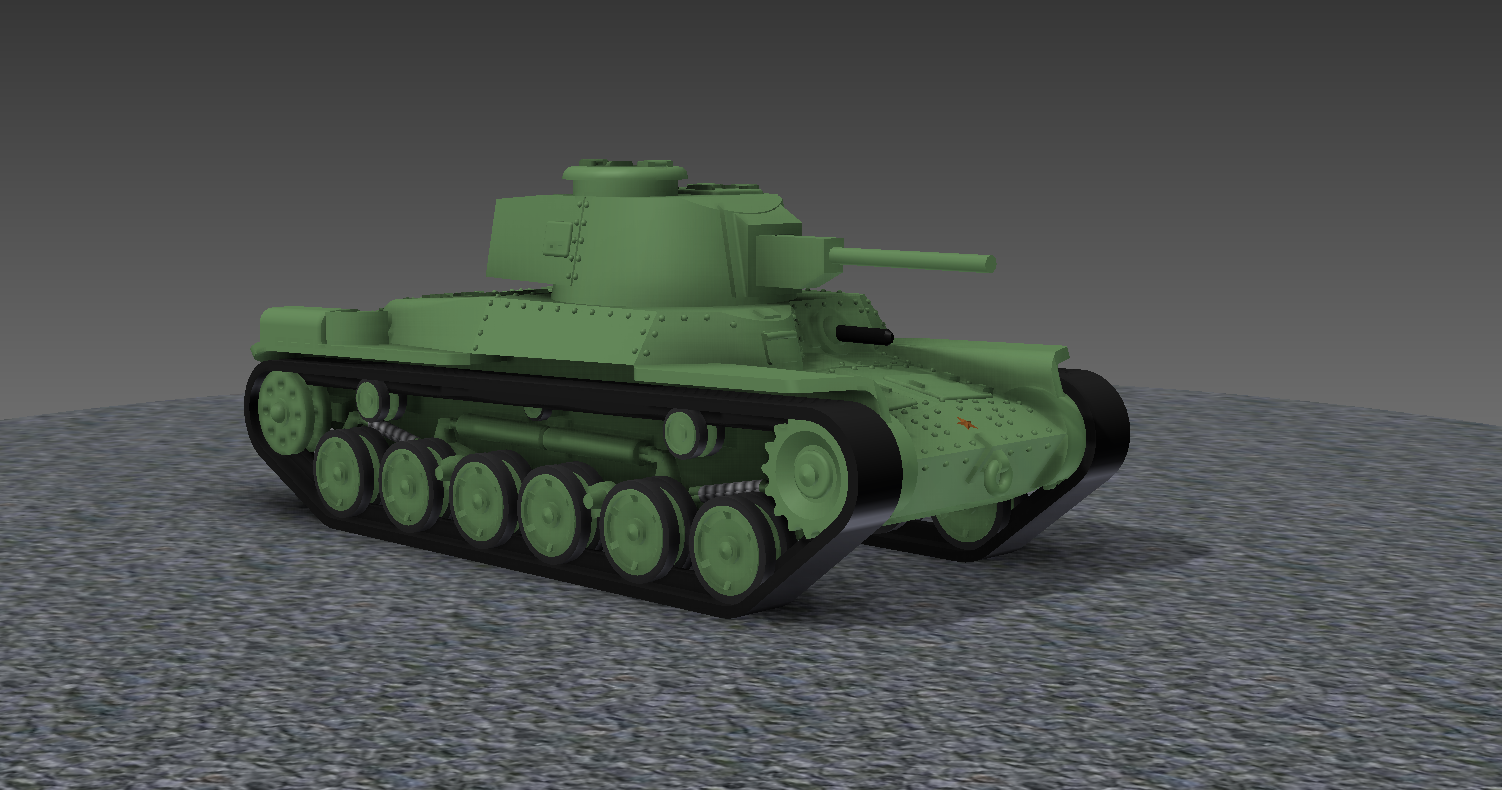 I have a virtual display stand for my model tanks, and this screenshot is what I will use for the Type 97 page on my website - when I finally add it, that is. I plan on printing one first, and offering the file for sale on Wargaming 3D. 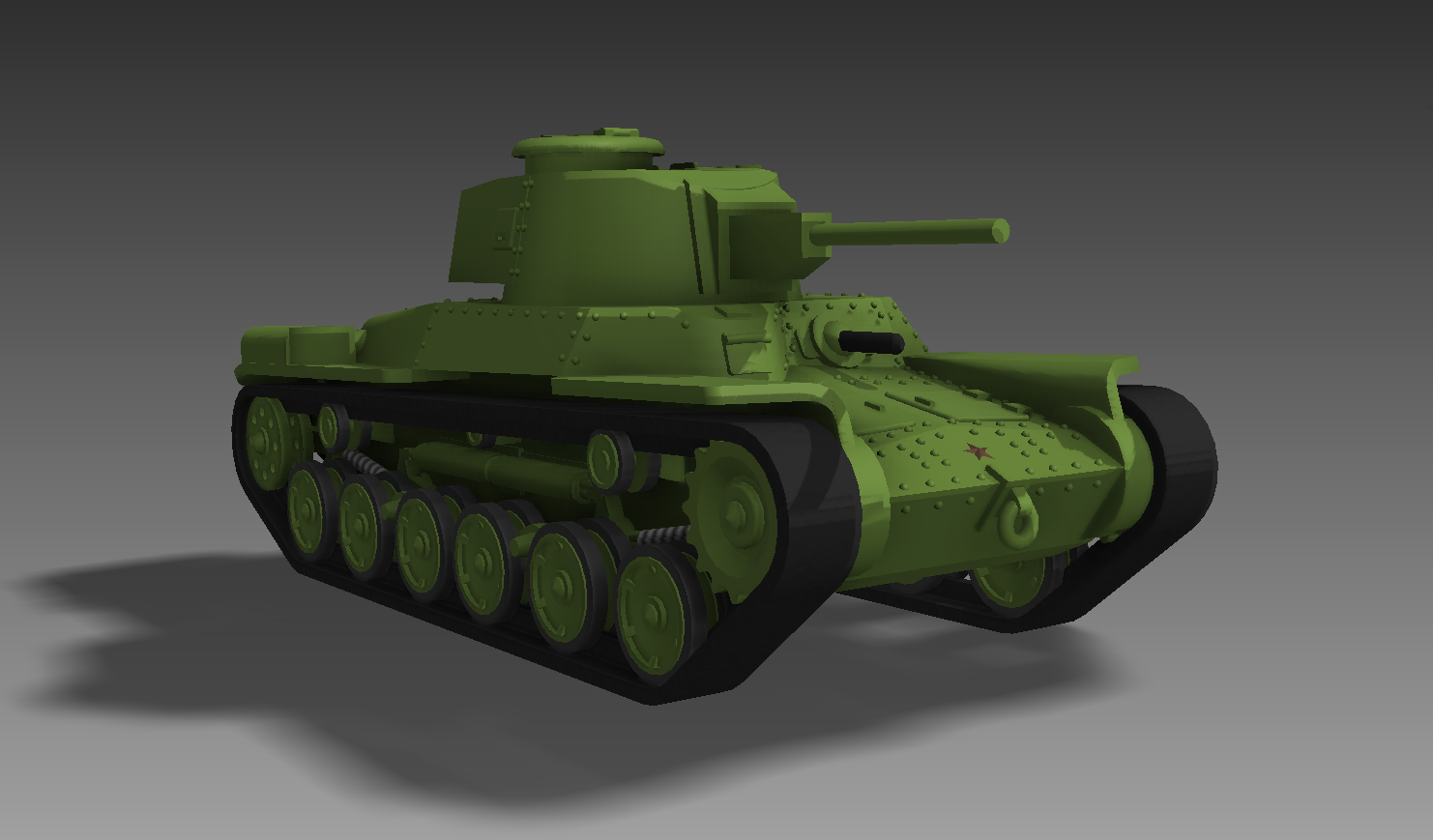 Switching lighting conditions and the visual style from "shaded" to "realistic" yields this ugly colour, which I don't mind only on the grounds that one of Miho Nishizumi's tanks in Girls und Panzer (the greatest animé of all time) is painted in a similar hue. 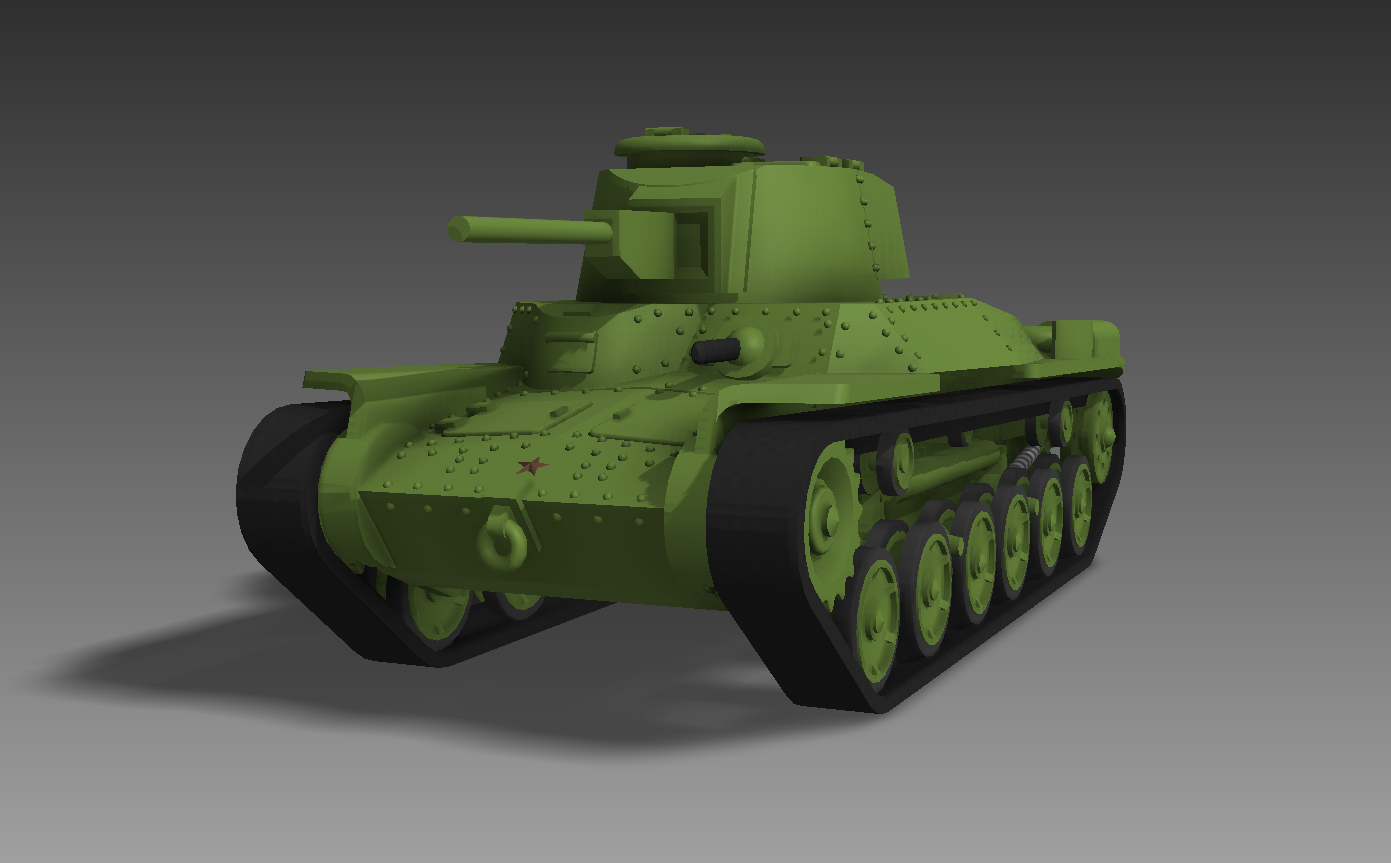 However, the crazy antics of the Type 97 do not end there, as I chuckled when I found out that this tank weighs 16 tons. Why is that funny? Well, there is a running gag in Monty Python's Flying Circus about using a 16-ton weight to make bothersome wankers disappear. 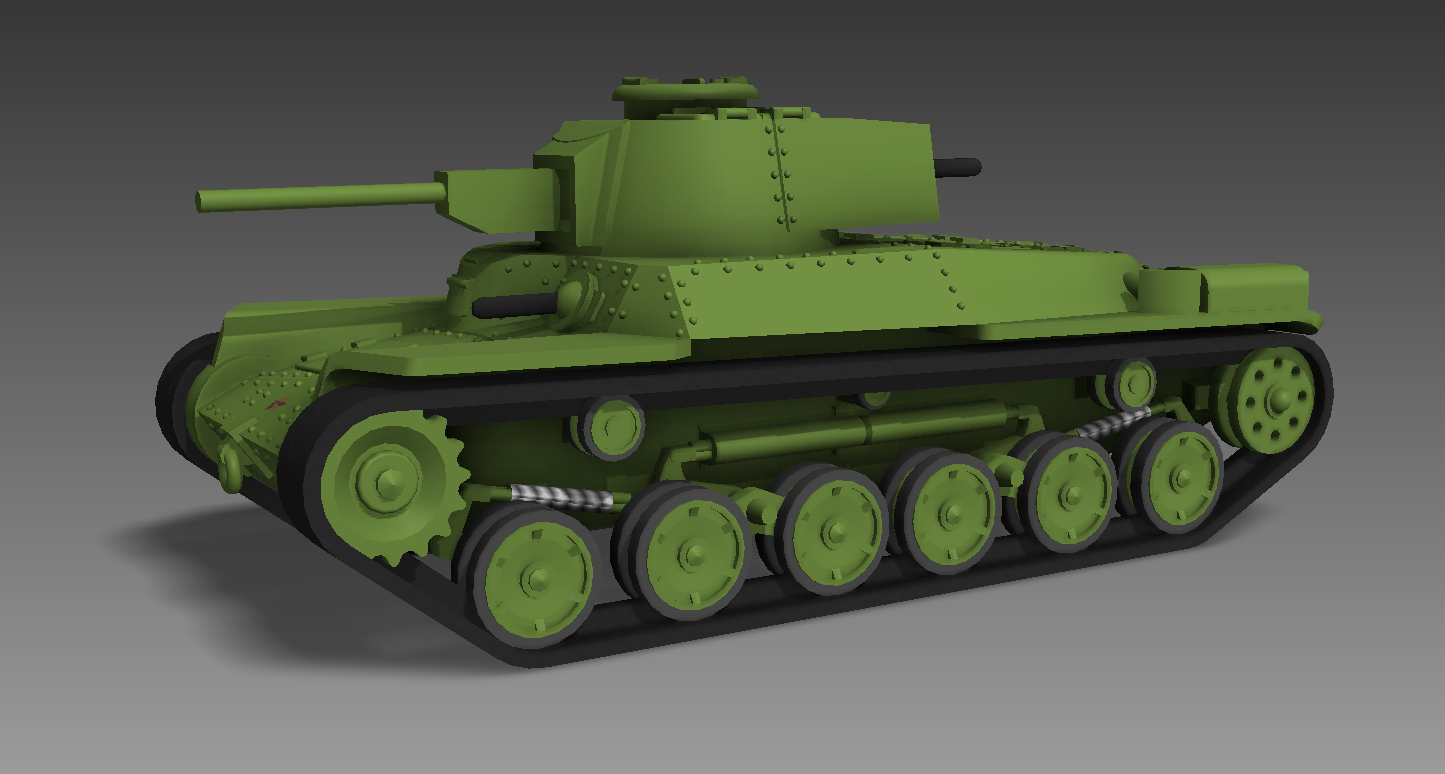 In all seriousness, however, this is a model that I'm quite glad to have finally done. Not only was the bell-crank suspension a bit of pain to make, but there are also 214 rivet heads on this model, and in very few places are they evenly-spaced. Furthermore, this tank isn't symmetrical - the main turret is off centre, and the hull geometry is different on each side to accommodate it. 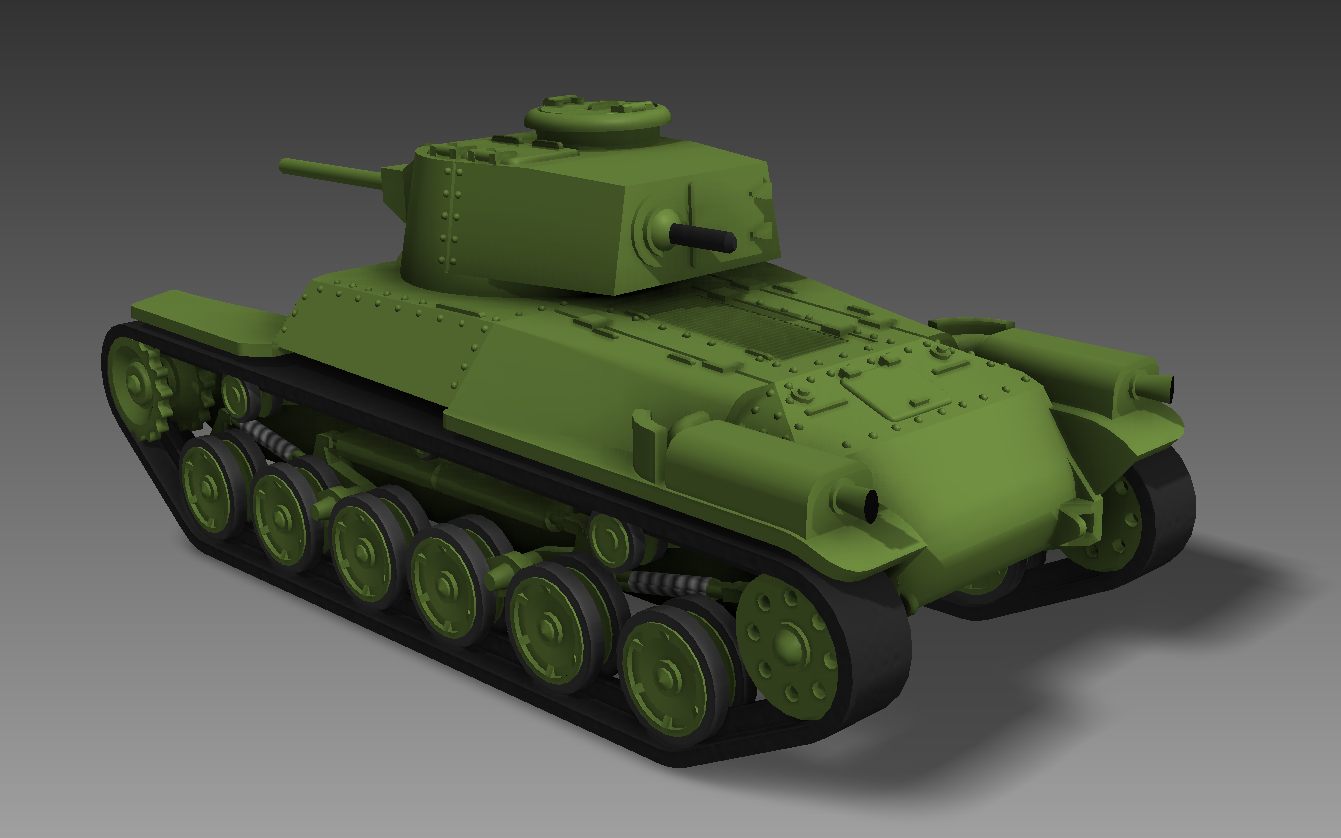 I wouldn't say this was challenging, just rather tedious. Object 279, on the other hand, was a challenge. Adding lots of little bits to represent handles, hinges, and rivets is something I've done before, but never this many. Likewise, I had prior experience rendering complicated suspensions with the Valentine chassis, but I don't foresee that part ever getting easier. After all, there are multiple reasons that tank designers everywhere outside of the UK eventually settled on torsion bars and nothing else. 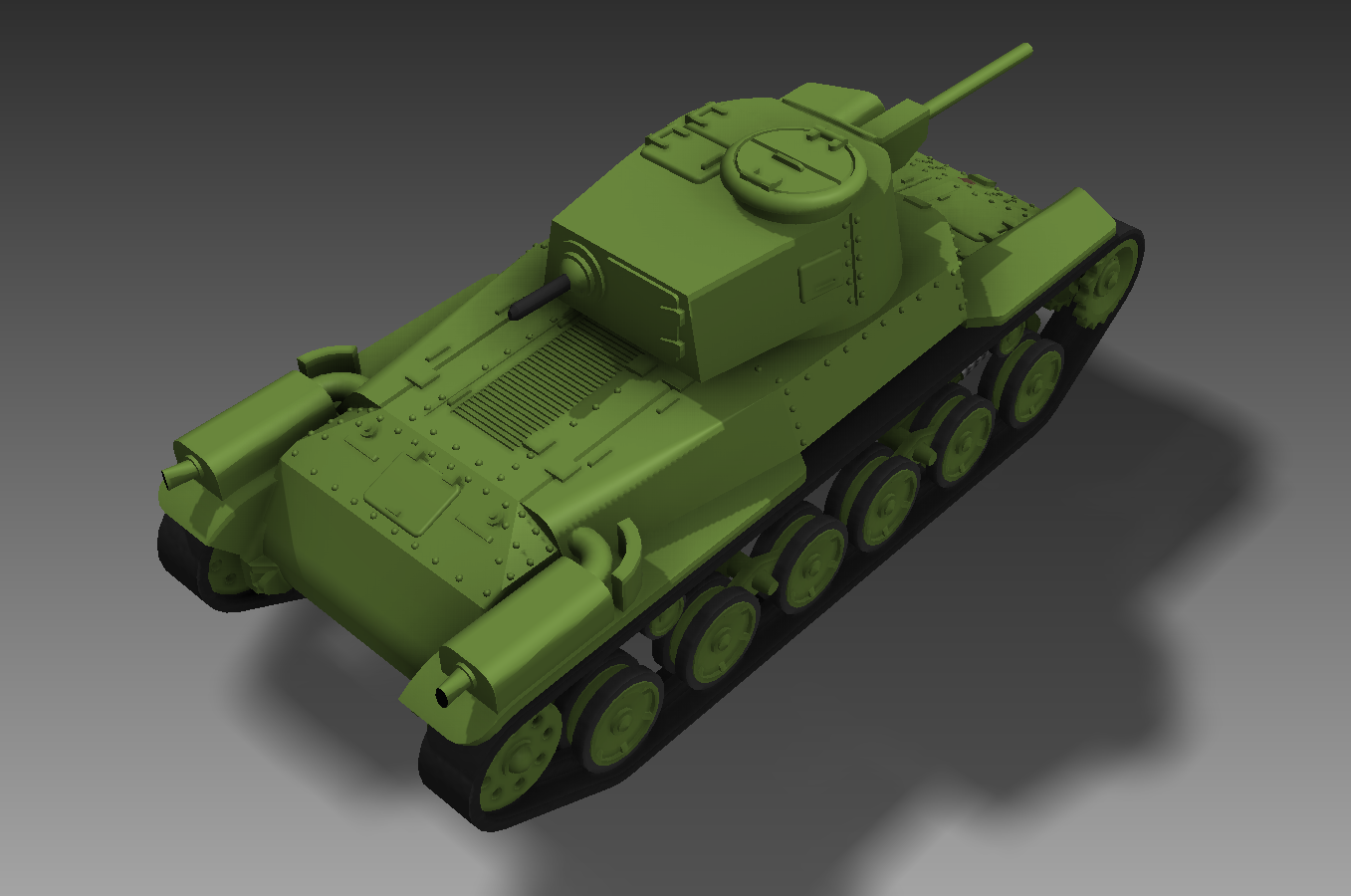 What makes this model really stand out in my collection is that it is the smallest tank I've made so far. While it's classified as a medium tank, it's comparable to a light tank from most contemporary armies, and was out-gunned by the Soviet BT-7 at the Battle of Khalkhin Gol. This also affected my design, since I have standardised turret rings based on weight class, and the turret ring that I normally use for medium tanks was too big for the Type 97, a problem which was only exacerbated by its off-centre placement. Therefore, I had no choice but to use the light tank specs instead, and I have yet to add any light tanks to my collection. Just to give you an idea of how small this thing is, here it is compared to the other small tanks in my collection: 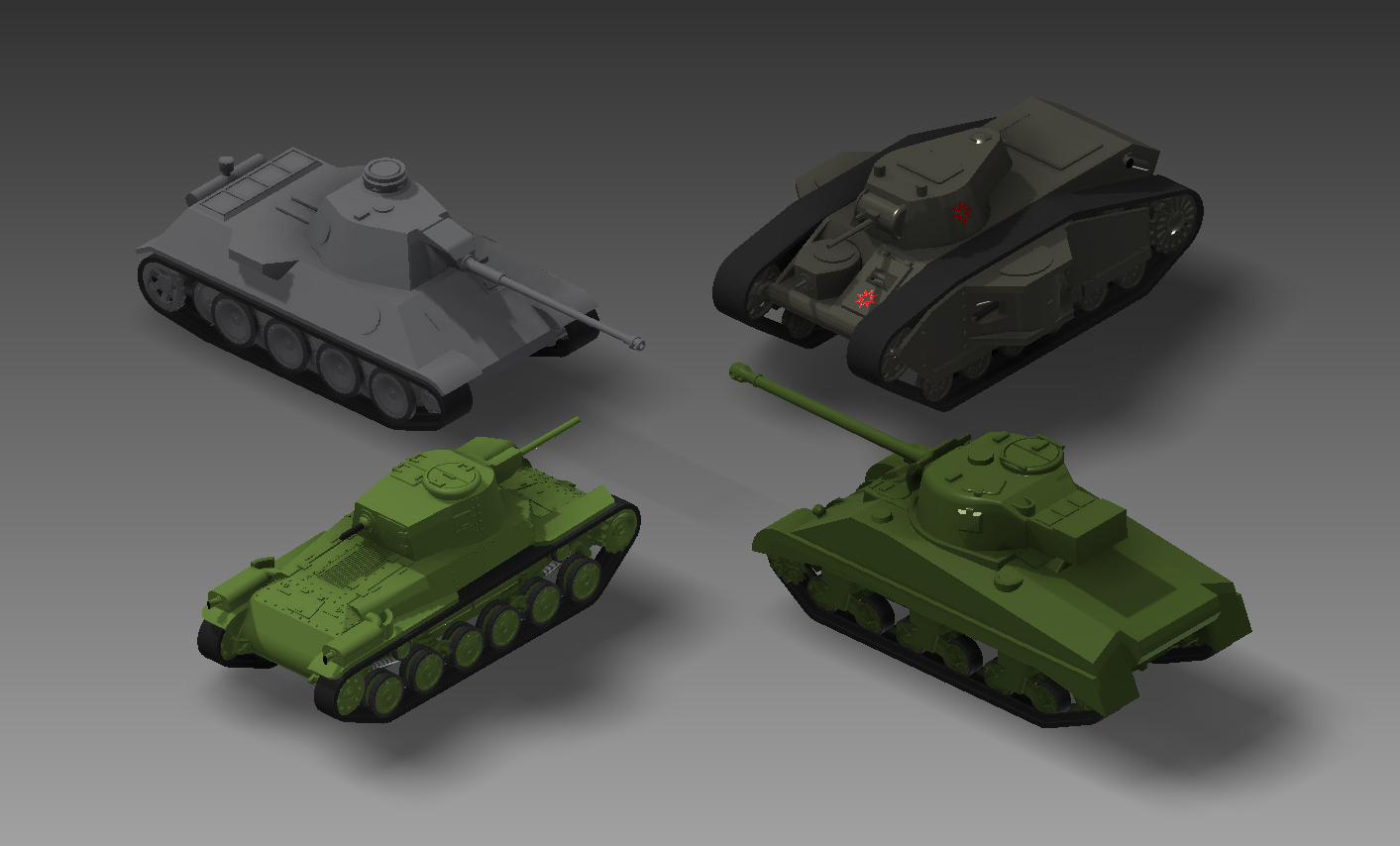 At the upper left is the VK 30.02 D, a German prototype for the Panther medium tank, at the upper right is the KT-3 Kalinka medium tank, a fictional design that has the same dimensions as a T-34 (without the sponsons, of course), and at the lower right is a Sherman Firefly, a British tank destroyer made from a modified M4. Of these, the Sherman is the most useful comparison, since the Japanese would have had to fight them (not Fireflies, though, as those were used only by the British against German heavies). 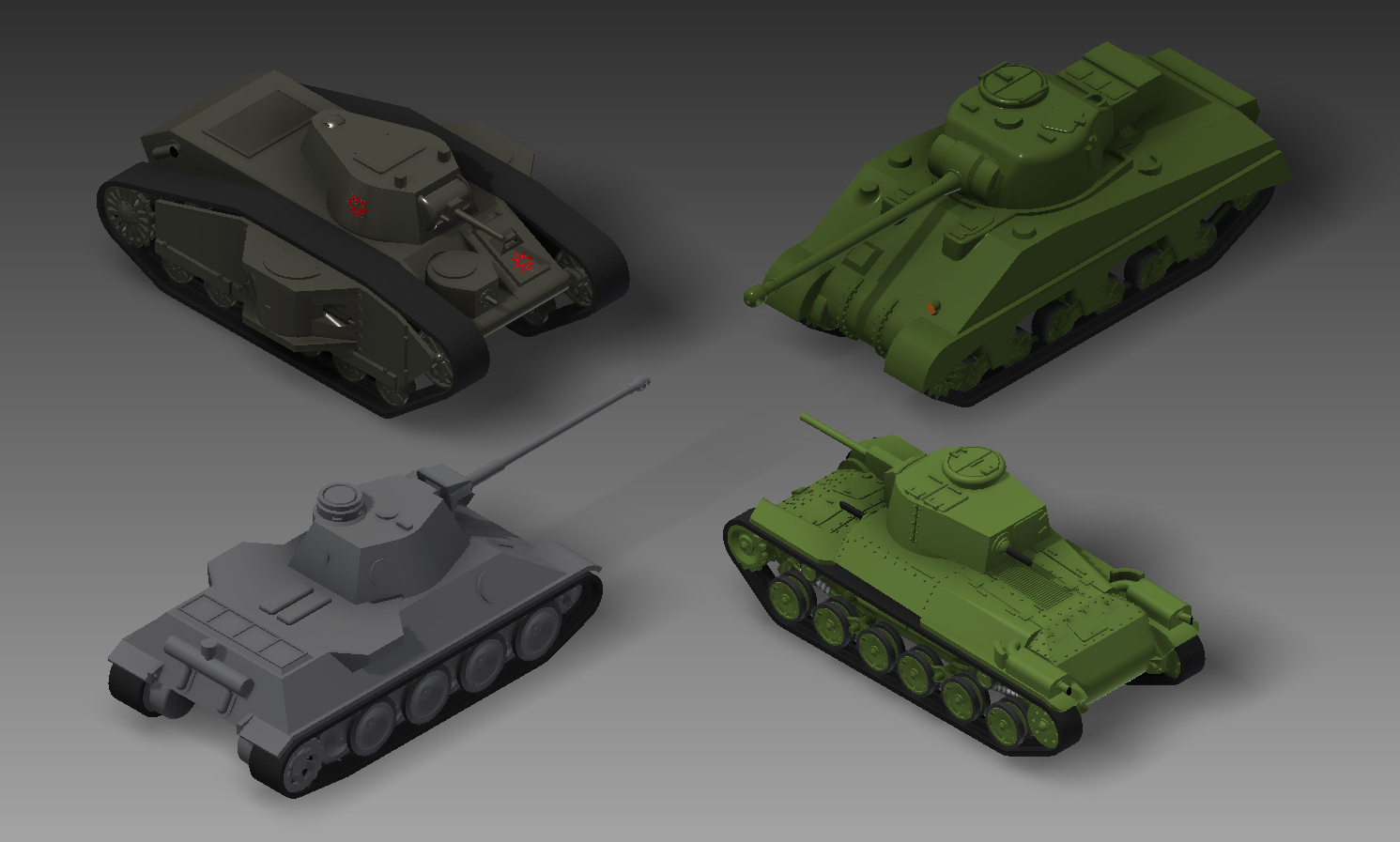