What is Tezos (XTZ)?

Tezos is a project that co-founders Arthur Breitman and Kathleen Breitman started to develop with their software team in 2014. (Tezos coin was launched in 2018.) Çağdaş Bozman is also in the developer team. It is a smart contract platform just like Ethereum. In Tezos, the accuracy of smart contracts is proven by mathematical operations. As the codes used in the smart contract are verified by these transactions, the functionality of the contract and the application increases. Therefore, Tezos smart contracts can be used in devices such as medical devices, airline vehicles, nuclear reactors that need to operate with minimum error. 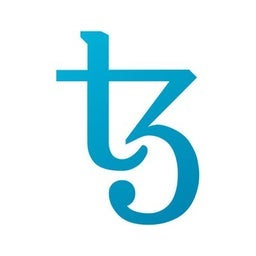 Applications built on the Ethereum network do not require formal mathematical verification, so mistakes made by developers can cause the program to malfunction. On the Tezos network, algorithms that work close to 100% are developed with official mathematical verifications. It is possible to update protocols in the Tezos network. The developers planned the network so that they could update it without the need for a hard fork. They concluded that the hard forking system, as in the Ethereum and Bitcoin blockchains, is not sustainable and is a waste of time. They are of the opinion that for it to be hard forked, it must be a really essential situation, and otherwise the network should become unusable, only then it should be hard forked.

Mining System
Tezos has been running the authorized Proof of Stake mining system since its launch. In this way, energy consumption is avoided. With the investor staking as Tezos token holders, they can vote on requests and updates submitted by developers in the network. Thus, both the developers get a share of the transactions they make on the network, and the miners earn a share of the transaction fees. Besides, they have the right to decide on the innovations in the network. The Tezos community prefers to be called "bakers" rather than miners.