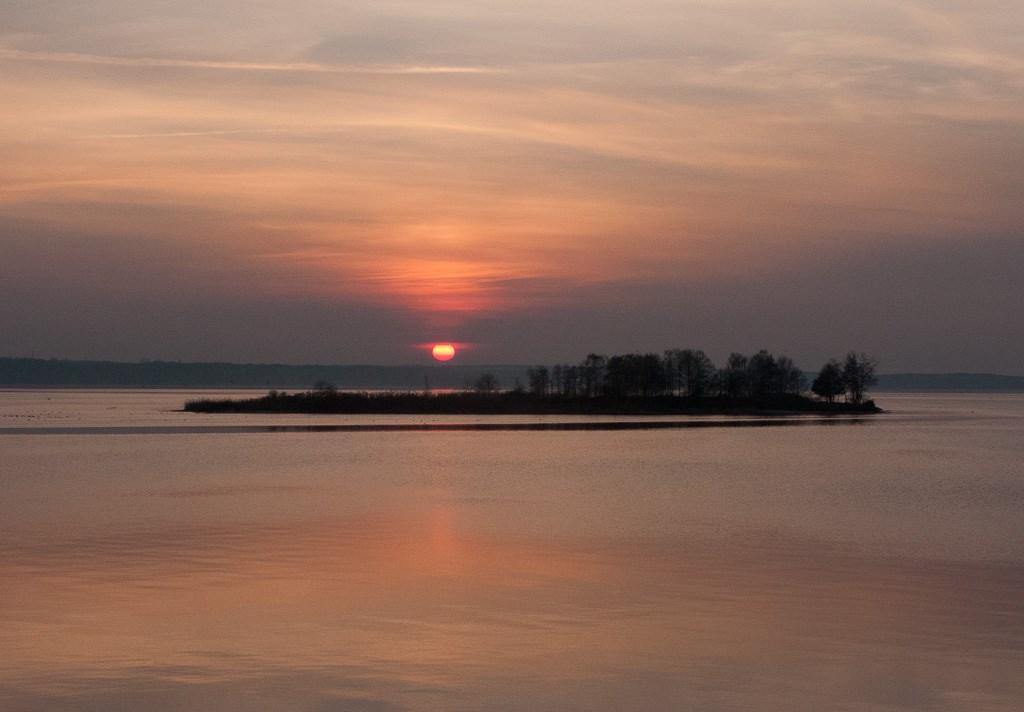 Hiding on an uninhabited island to survive apocalypse? 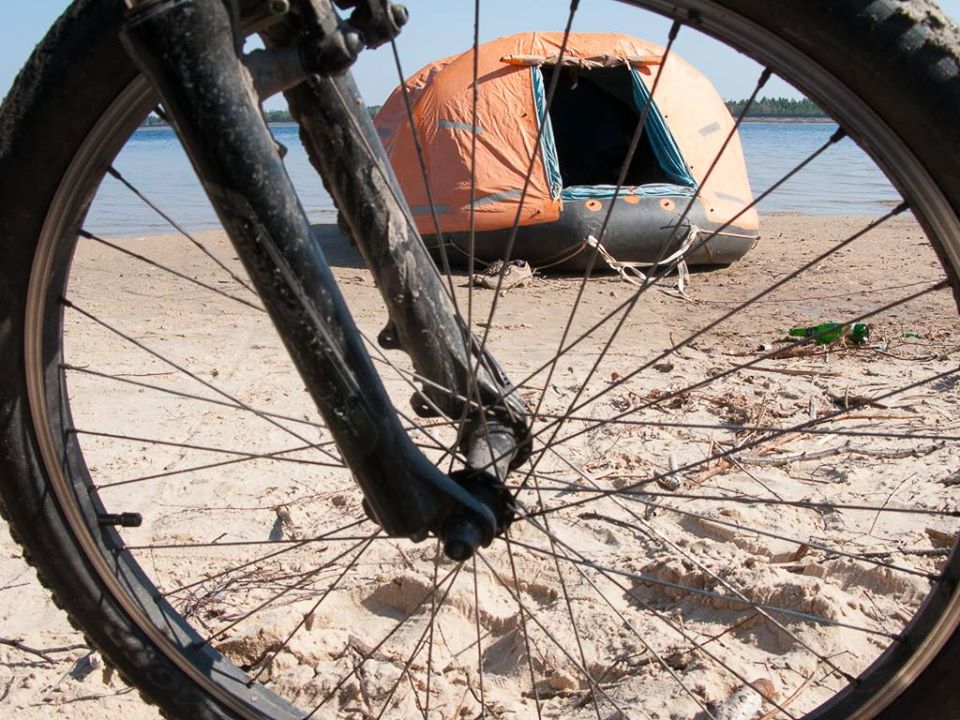 Good idea, if you have any means of "water transport", even a raft, built by yourself. Or an emergency "escape pod" of the navy ships - it's even better, and in post-USSR countries it costs very small money. 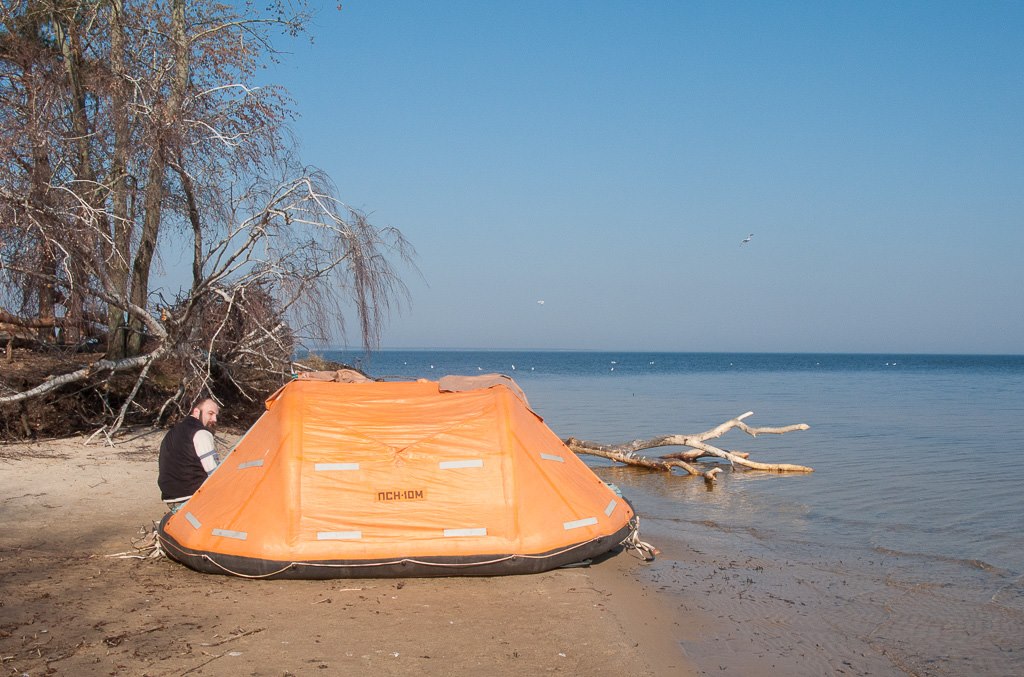 My friends. They had an idea to explore the little island not far from our home city, Kyiv.

It's situated on the artificial "Kyiv sea" - big water reservouir on Dnipro river.

The isle is called "Chainyi" - in Russian\Ukrainian languages it means "Tea island". This name is incorrect - it has to be called "Gull island". Billions of gulls live here. 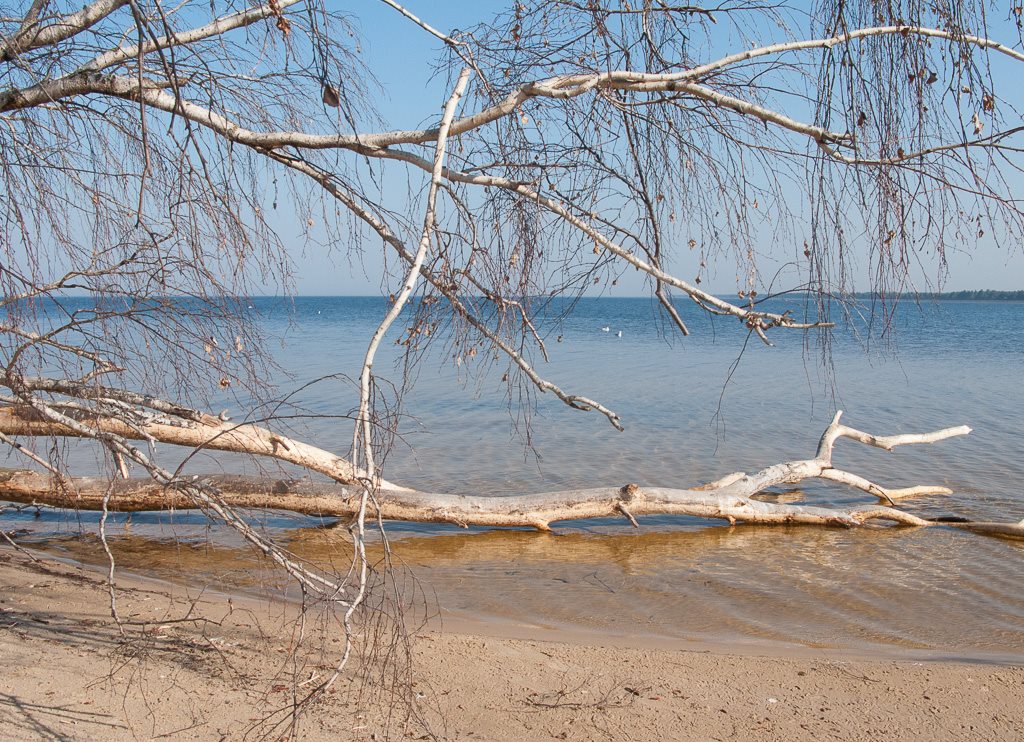 So, my friends dealed with the raft seller. He charged 100 usd for high quality "PSN" inflated escape raft. They went for it on their car.

Me, on my bike, cycled to that place litlle bit later. 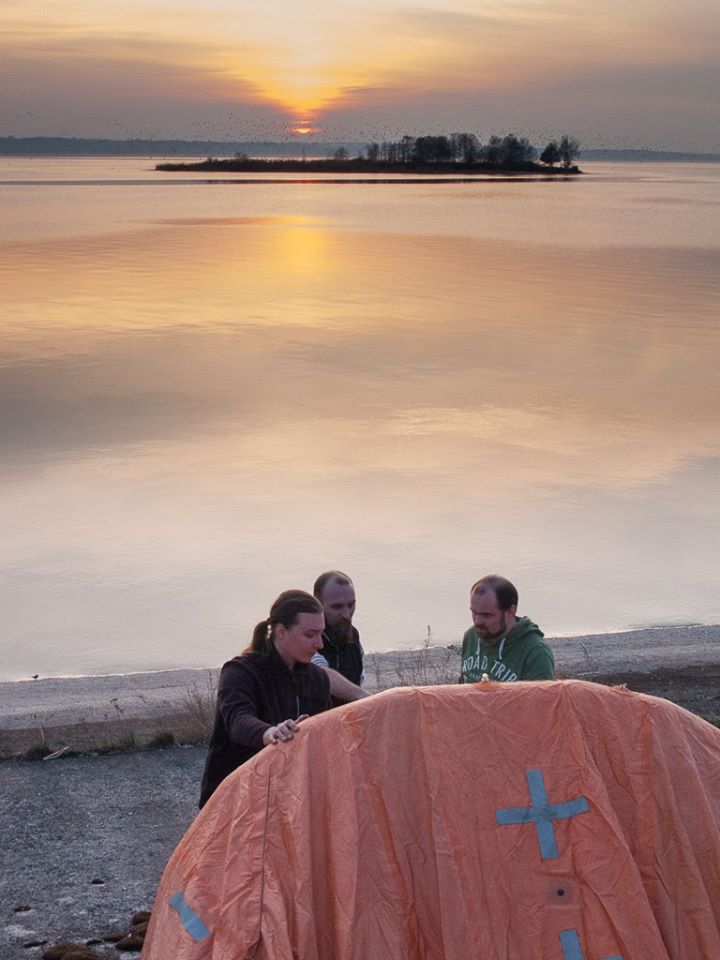 After that, we had a deal to meet on the waterfront, at the place closest to the island.

We inflated the raft and packed my bike inside (the car was left on the waterfront). In less than 1 hour, we rafted to our destination point. 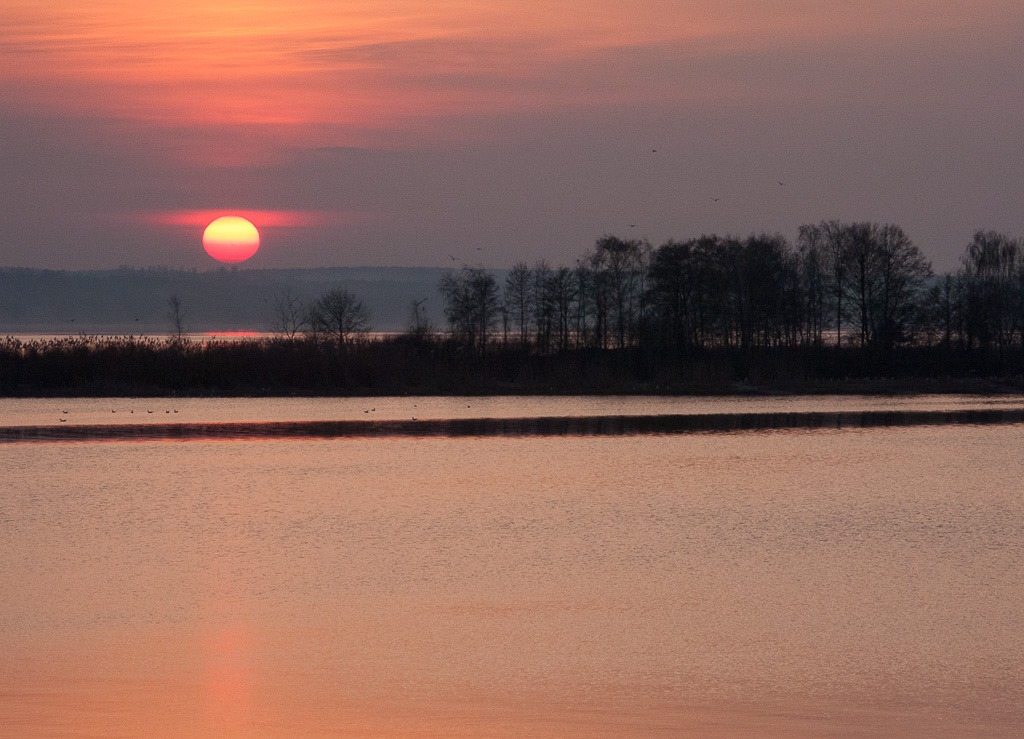 Evening, campfire, a lot of beer... 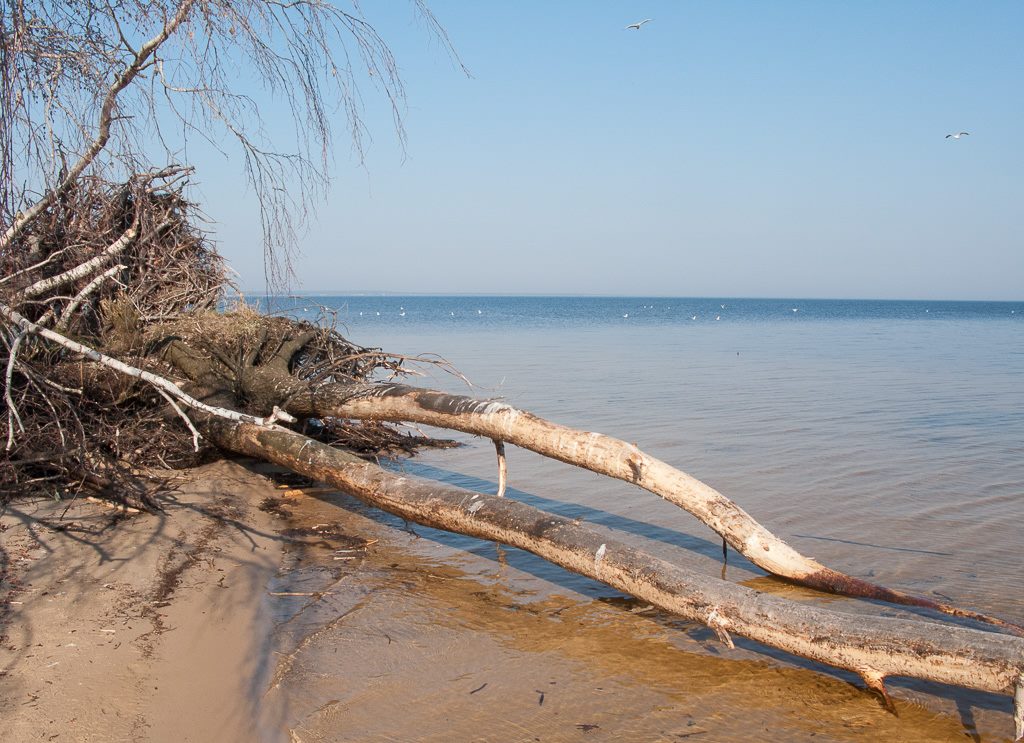 I cycled as far as I can (the island is very small). My friends slowly woked up. We found some gull eggs - don't tell it's bad to take them, it was unexpected and it looked like the gulls wouldn't return back to their nest. So, we cooked a fried egg. Tastes like chicken eggs... 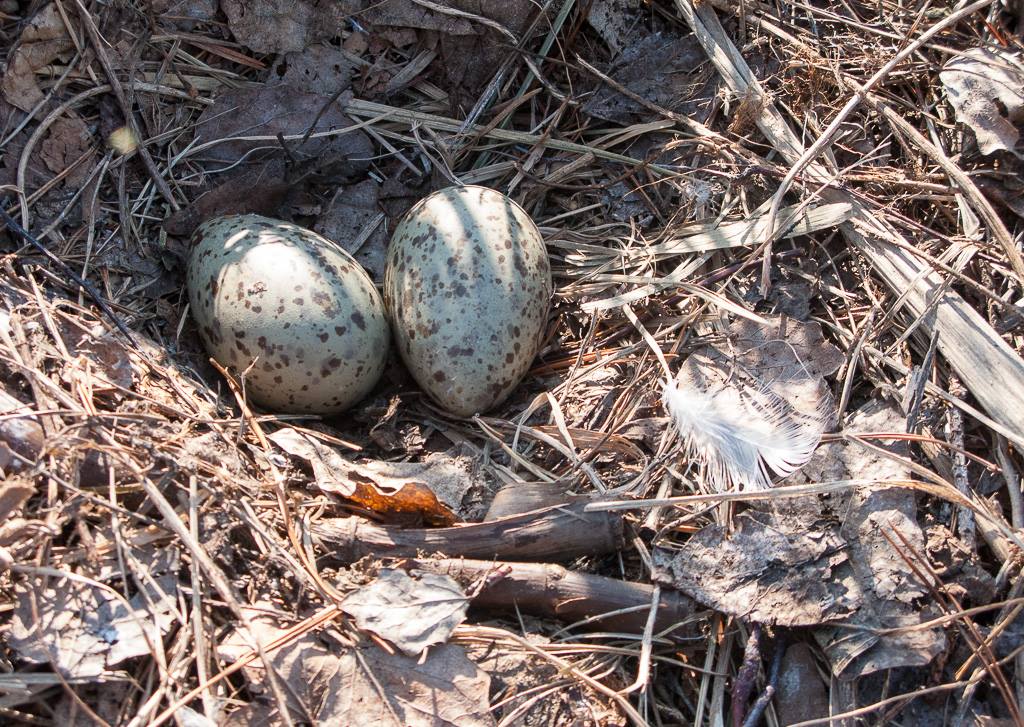 We invited other friends who couldn't join us yesterday - so, we rafted back to the waterfront, and then to the island again...

I shoot this video, unfortunatly no subs avalaible:(.

This adventure happened 2 years ago. Maybe, we'll do it again if the covid-19 situation in our city would become worse...