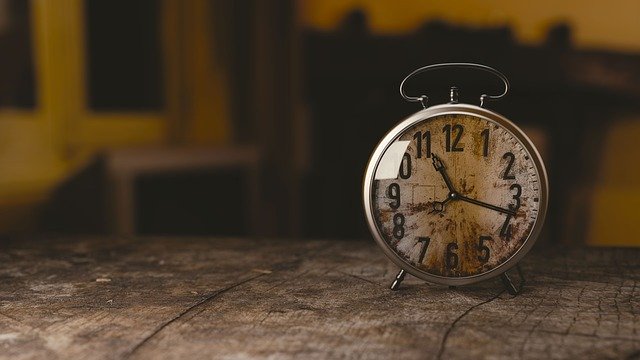 We all are advertising Hive as a "decentralized blockchain" which doesn't have a CEO or a single entity to control it or decide for it.

In the past, some people said the same thing about Steem too. The whole "Steem VS Steemit" was kinda a lie. Now we understand that Steem is identical to Steemit inc. whether you say Steem or Steemit inc. it doesn't make a difference.
Disclaimer: I don't care about but ... I needed to make a comparison.

On the other hand, Hive is a little bit different than what we had/have on Steem. The main big stakeholder and chain developer is removed and everything is in the hands of the community.

Well, stake distribution on Hive might not be ideally decentralized, but it's the best decentralization we could get in a world that pretty much everything is centralized. If you can make a better chain with better decentralization, I personally will support it. In the meantime, let's focus on Hive with its all advantages and disadvantages.

Since nobody is in charge here (unless chosen by the stakeholders to be in charge), we have to rely on ourselves. Nobody is forced to do something for Hive or advertise for it. We all are promoting Hive without any payment.

Hive witnesses are elected by stakeholders. Technically they are responsible for network stability and security. They produce blocks and confirm the transactions on the Hive chain. But since witnesses are getting paid by blockchain, we vote those who work for the community and have a kind of credibility among the community.

It's highly recommended to review your witness votes on a regular basis and adjust your votes. We have seen what is the result of having the wrong people in the top witnesses. Steem witnesses stole +$7 million worth of STEEM from legit stakeholders. So, basically, if the top 20 witnesses are thieves, you have no security.

That's why some people are shouting on their posts to review your witness votes. With good active top witnesses, we can achieve more than what we have.

I'm here for +3 years. Steem changed many lives. Maybe not in terms of wealth. But in terms of being involved in the crypto space, many people get to know the crypto by using Steem and now Hive.

Hive is a big part of my daily life. I use Hive for blogging or reading posts. I develop applications on/for Hive. I trade Hive. I talk to people about Hive.

I think it's wise to not be dependant on something which you can't control. But I can't imagine how it would be to live without having Hive. My point here is the people behind the Hive, not the actual blockchain. "Hive" or "Steem" are just the names we put on the code. I think we can continue with another name if this one fails. I'm proud of being part of this great community that values both freedom and decentralization.

I started with blogging then moved on to development. I think Steemauto (https://hive.vote) was/is my best-known project so far. I tried with other projects too but other projects never came online.

Other than hive.vote, I worked with discord bots for steem at one point. Also created a bot for steem.chat to notify witnesses for missed blocks (the same bot is now ported to openhive.chat). And a few other tools for the community members.

I have a few plans in my plate for the future. The first important plan is to continue work on the notification service of hive.vote. Then add more customization to hive.vote for more efficient voting.

Since Hive is a new blockchain, there are many opportunities for new apps and ideas. I have a few in mind which will definitely work on them. I can't predict the future and life might have planned something else for me, but I'll do my best to work on my Hive plans.

I recently worked on hive-tx, hive-js, and dhive. All three are ready for the hard fork 24. I'll explain how to prepare your apps for hf24 in another post.

You can see my activity in my github and Hive gitlab.

I'll continue as a witness on Hive and will participate in more development activities and discussions of Hive as I do now.

You have my vote

Happy to know you're a Hive Witness.

Keep up the good work :)

I use Dan as my witness proxy

I have so much to say and yet i have to collect my thoughts a bit. May i use your blog to get more people to vote thats a monthly thats very needed whit all thats happening.
Let me know,
Have a great friday and weekend

I love hive! It has made me really consistent and developed my knowledge on Block chain

Hi. I apologise. Your name was confused in Discord with someone else.
It appears that the account was added to this group by accident because its posting pattern is very similar to what the accounts in that group were posting and the account was reported at the same time as the others. I can see now that it is your testing account.
I have deactivated the blacklists.