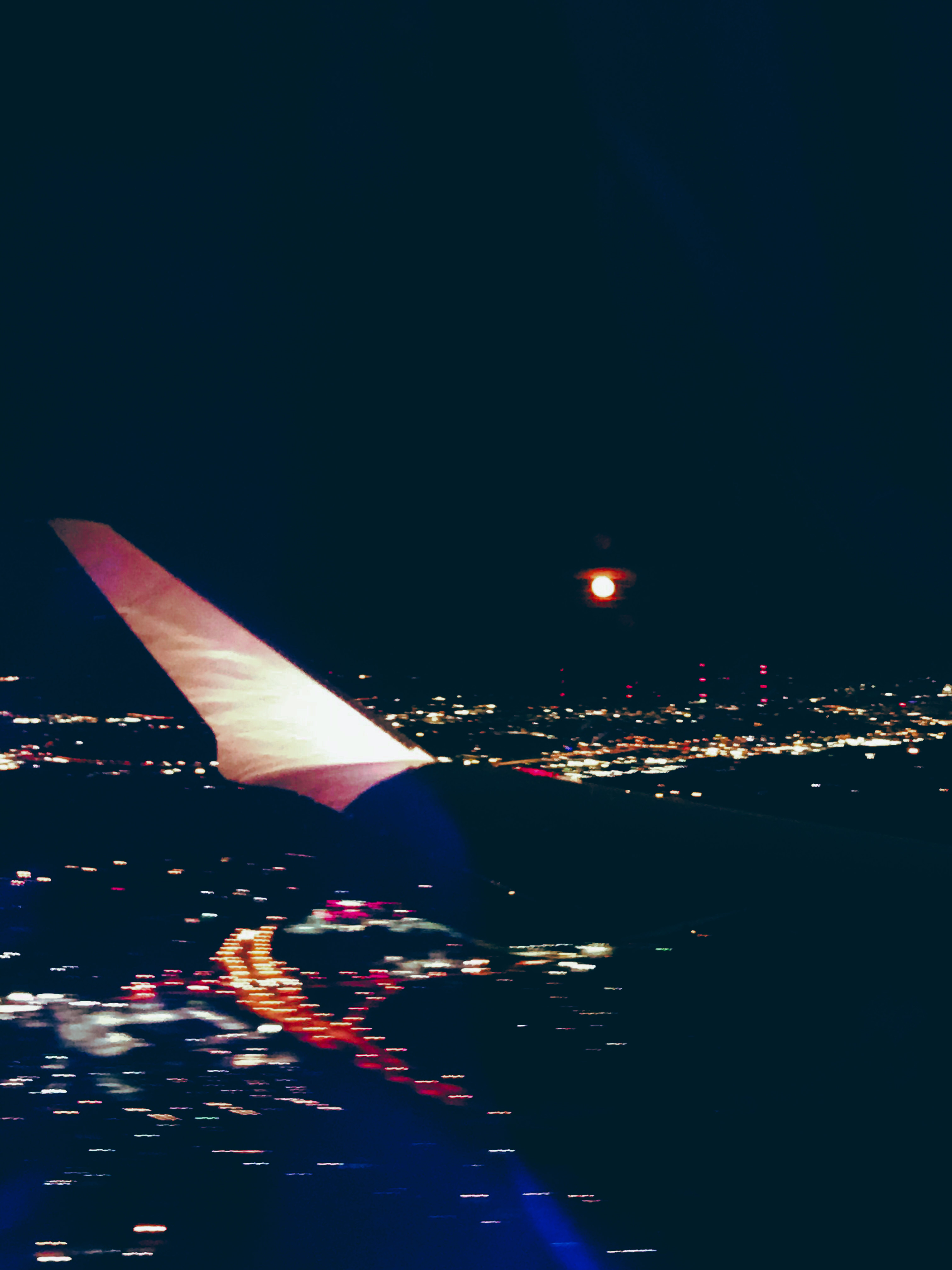 The last flight went up smoothly. The passengers barely felt it leave the ground; most had begun to sleep even before the cabin lights were extinguished. In place of the fluorescents were LEDs in strips on either side of the cabin ceiling, washing the seats, the flight attendants, the sleeping passengers, in an eerie blue glow that did not disrupt the clouded darkness outside of the porthole windows.

The last flight was in the air for twenty-two minutes before the flight attendants disappeared into the cockpit and returned pale-faced, trembling slightly, though it could have very well been the turbulence. It was drizzling somewhere in the stratosphere, and the night sky was unsettled.

Most of the passengers are asleep or pretending to be when the pilot of the last flight comes over the intercom with a voice broken by static or emotion or both. It is with great regret I must inform you that --

He breaks off in open, awful sobs. The co-pilot of the last flight takes over, sounding no less sure.

The passengers of the last flight are informed of their plight over percolated coffee and miniature bags of pretzels. Some cry, some are silent, some sleep and sleep and hope to wake up in the vicious throes of a dream.

The last flight is running low on fuel when it lands on the far runway outside of an Indiana farm town. No one sees it land. In the silence after the engines are shut off, creaks of movement echo profoundly. Someone has a Bible. Someone has a satellite phone. Both are passed from hand to hand, across the plane.

The last flight dies with dignity, and even if it didn't, there is no one left to say otherwise. The passengers and crew boarded the doors and faded, slowly, quietly.

The last flight arrived in a farm town outside of Indianapolis at 2:46am on a Friday morning in mid-May, just as a tremendously contagious parasite was sweeping across the planet. There, it remains.