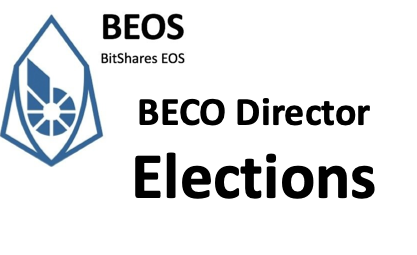 Well our first BEOS year is in the can and it's time to elect two replacement directors to replace Paul Martello who died a few months back and Angus McGlynn who suffered a back injury and was forced to resign. The two replacements will join our other three directors Michael Taggart, Timothy Burke and Stan Larimer looking after the BEOS network and managing tokens for Manna holders.

All holders of BEOS are eligible to vote in proportion to their BEOS holdings. We will be dropping voting tokens to all accounts on BEOS and BitShares that hold BEOS tokens. The first director will be elected during the fiirst two weeks in June using a new VOTEA token to be distributed on June 1st. You'll have two weeks to send in your votes to the account of whoever you want to choose as a director to replace Paul. Then on the sixteenth we'll deliver VOTEB tokens to be used in the following two weeks to choose a director to replace Angus.

Anyone can throw their hat in the ring to be nominated for the positions. Just post your qualifications and why you want the job in the comments to this post. Be sure to specify your BEOS account where people should send their VOTE tokens to vote for you. Whoever collects the most VOTEA tokens by June 15th will be declared the winner of Paul's slot. Whoever collects the most VOTEB by June 30 will be the winner of Angus's slot. These are three-year terms.

Stan's term will expire next year and Michael and Tim will expire at the end of the third year, two years from now.

You are free to spend your tokens to any combination of accounts but you'll have the biggest effect sending them all to the one person you want to win.

My name is Lana Hull aka steem-samiam on HIVE and Steemit.
I would like to throw my hat into the ring and would be honored to be voted in as a director.
My qualifications are:
-I was a longtime close friend of Paul Martello (Paul actually introduced me to the crypto world when Bitcoin first came out)
-I am a good friend of Stan Larimer and Michael Taggart
-I was honored to be the 1st to test BEOS at Sea from Australia to Canada
(this is the 1st of a series of posts https://steemit.com/beos/@steem-samiam/thunder-from-down-under)
-I am a longtime supporter of Bitshares/BEOS
If you would like to send your vote tokens my way, my BEOS account is sam1am (yes, that is a #1 ) 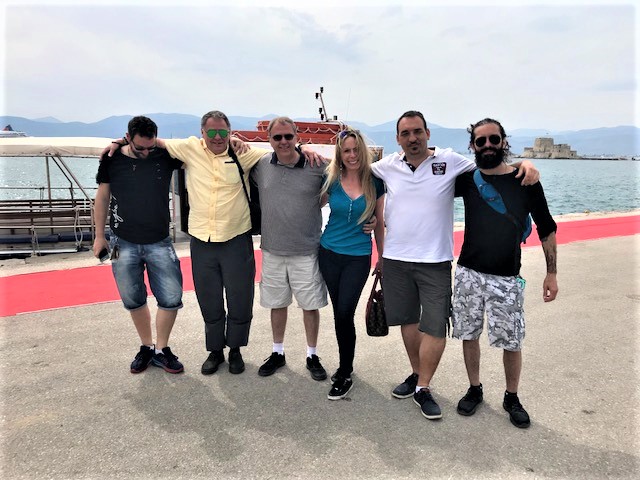 In Greece with Tomas, Paul, Stan, Me, Daniel, Micheal 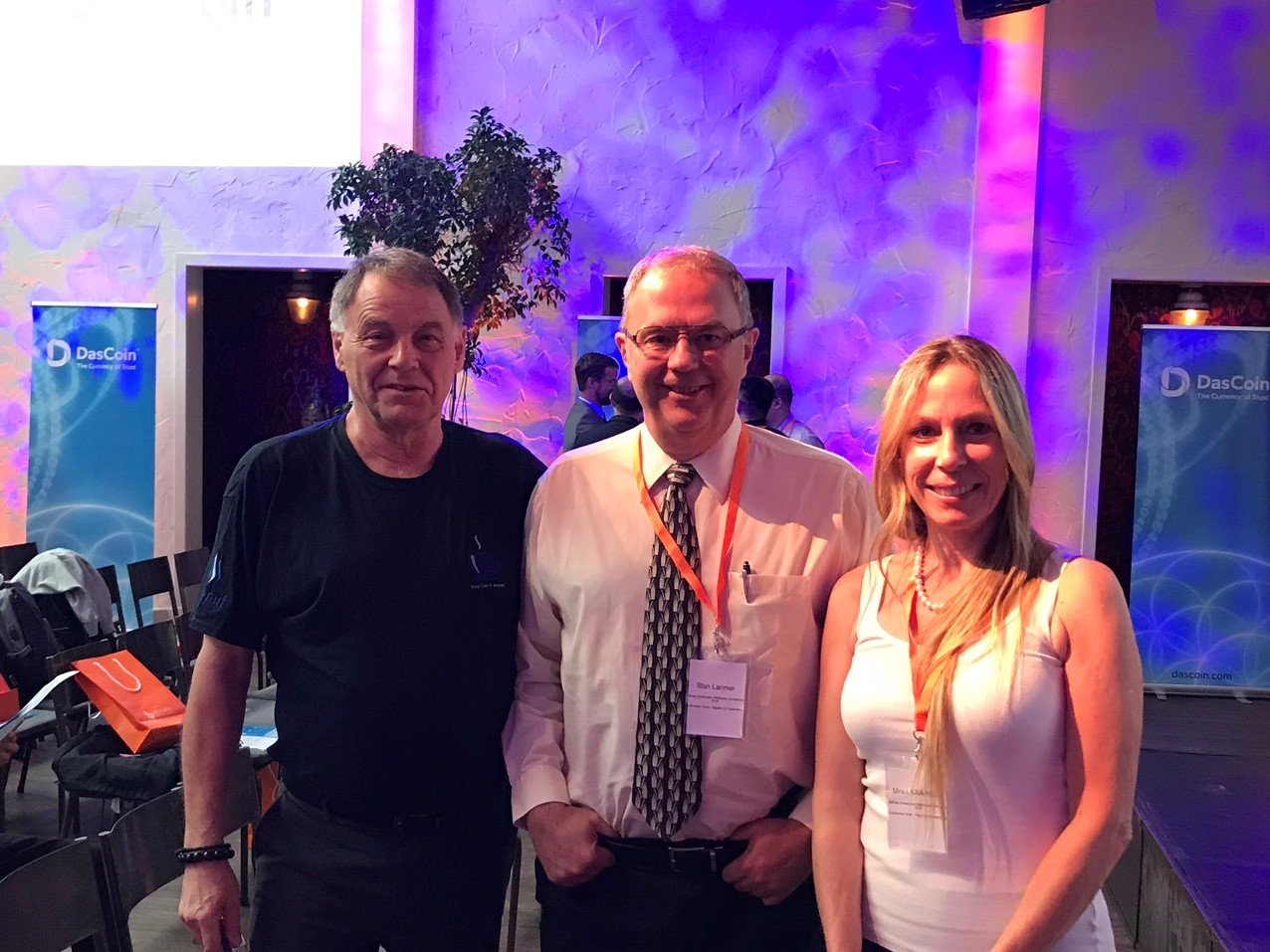 In Amsterdam and was honored to be Stan's personal photographer for the Bitshares event. https://steemit.com/bitfest/@steem-samiam/amsterdam-with-bitshares-style 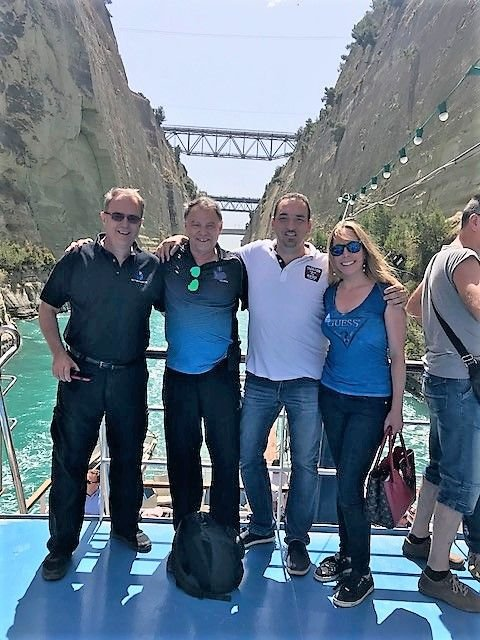 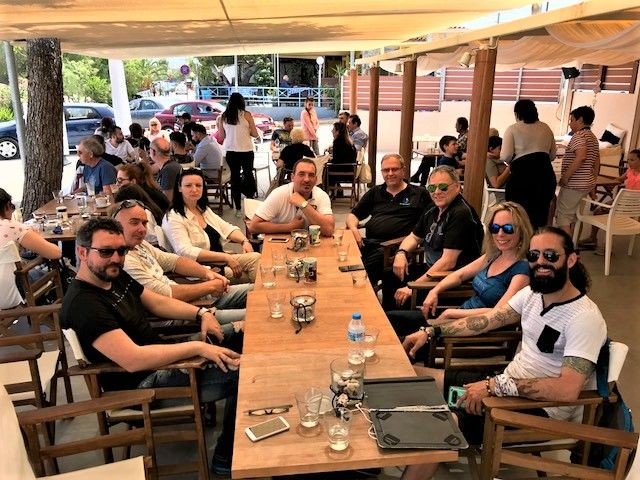 My dear friends and great memories!

I voted in favor of Lana. @onceuponatime would have approved of that, and I know she will work to carry on Paul's vision.

Will definitely vote for you these days.

Hello Lana, I voted for you some days ago. Good luck! »» @portugal

My name is Doug Bebber and I'm very optimistic regarding the future of BEOS. I would like to offer up my services as a director. My qualifications:

Involved with blockchain technology since 2010
Developed a few EOSIO smart contracts and Dapps
Created a gambling (blackjack) demo specifically for Stan's cruise ship use case (pre Covid-19 , not sure about the future of cruise ship industry now)
I am a business owner and investor
I am passionate regarding the future of DAOs, Dapps, community governance and digital property rights.

I would be committed to doing what's best for the BEOS community. If you would like to vote for me my BEOS address is: dougsbeosact

Hi douglasbebber, I already voted in favor of Lana this time but I will use my VOTEB tokens to vote in your favor, as soon as they are available. You will receive from my account "portugal".

Is no one interested? what will be required for this ?

About a monthly board meeting and occasional email votes to authorize spending.

Unfortunately I don't have enough time at the moment to properly write a story (historical one) on past 3 years and who I am but ill sum it up in few words...

I'm easily agitated, straight forward and not really candid type of a guy. It helped me a lot to cleanup BitShares for past 3 years and it still does.

Details on my professional background can be seen on Linkedin profile with a small notice that my last employment with BitShares blockchain was Temporary Manager of Prelude Core worker (Mainnet release 4.0 final delivery).

My skills, knowledge and position would be beneficial for BEOS as a project and its community as I do understand both projects and people behind them very well.

The following vote totals were accumulated for those who registered their candidacy here.
sam1am is the clear winner.

The other two names are automatically entered in the PHASE TWO election which will begin immediately. Send in the VOTEB tokens we will soon distribute. It's not too late for others to enter the election. Post your quals and BEOS account below.

The following vote totals were accumulated for those who registered their candidacy here.
dlscipher murda'ra (Milos) Digital Lucifer is the clear winner.

Thanks to all who participated.

I have no real qualifications I have no connections to anyone in the crypto space. But I think the ideas behind BEOS, RUON, Sovereign Sky, and the others are great and I hope they succeed.
I am a mechanical engineer at a sheet metal shop in Wisconsin.
Hobbies are guitar.
My BEOS account is djhslm

Please post addresses of all available candidates if possible. Thanks

Wishing everyone best of luck.

I will vote for whoever puts themselves credibly in the ring!