My Little Adventure on my Quest to Meet Girls in Church 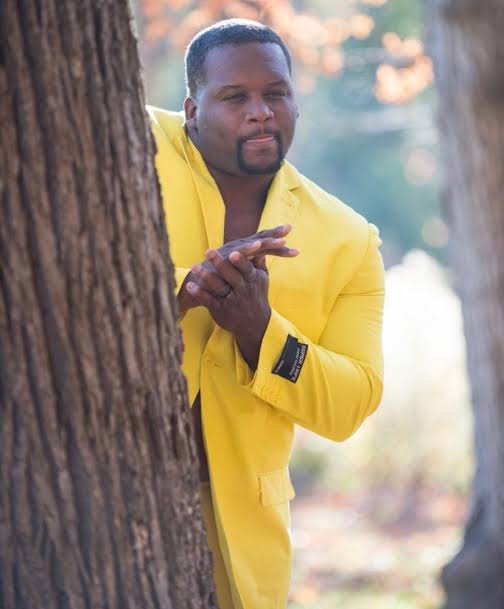 So, my previous post was about how I was facing some difficulties meeting girls and about how the good Lord lead me to realize that it was no where else but in his holy house that the most girls congregated. In that post I decided I was going to congregate with these girls too as that is what Jesus would want me to do. It was on that note that I ended the post.

@shanibeer kind of suggested I made a sequel, a chapter two, I think to say what happened when I went to Church at last. And since yesterday was Sunday, I thought why not? So here is it! I, Nevies, abandoned atheism and went to Church, repentant because I haven't done so in a long while. I opened up my heart really wide to receive from the Lord, and opened up my eyes even wider on the lookout for these daughters of men that filled every nook and cranny of the church. Praise the Lord, brethren.

So on getting to church, some unfortunate male usher wanted to direct me to a seat. I gave him a look that showed I will knock him out if he came closer to me: 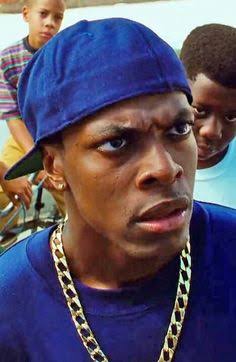 But he didn't understand, he still kept trying to get me to follow him to a seat. Some female usher noticed there was a little trouble between me and the male usher, so she rushed to the rescue and asked what the problem was. That was when I brightened up, smiled, said hello and allowed her to lead me to my seat. I hope that male usher understands; no hard feelings, I just wasn't going to start my day in church with a male usher, that is a bad omen. Not with all these beautiful shapely female ushers everywhere.

So I settled on my seat, I was flanked on both sides by empty chairs, but I didn't despair, people were still coming into the church and I patiently hoped on Jesus to direct two lucky damsels to sit on both sides of me. But soon, that unfortunate male usher led two even more unfortunate men to my direction. I gave the two men that same look that said I'd give them a headbutt if they dared sat next to me. But none of them got the message! They both sat by my side, smiled and shook my hands. What is wrong with people, my God! What is wrong with mankind's ability to communicate!

Now I'm seated, uncomfortable, flanked on both sides by men. This can't have been Jesus's will for my life. But, well, I had to take it in good faith, especially as the sermon the preacher soon gave showed that Jesus had me in mind, the sermon was about cultivating the brotherly spirit. That's how I knew Jesus had me in mind, because I was really trying to be a good brother, to have the brotherly spirit. What I'm saying is: look at all these fine sisters in this church, they need a brother, and my mission in this church is to be their brother. So it was only wise and thoughtful of Jesus to inspire the preacher to teach me about being a good brother/how to cultivate the brotherly spirit.

I listened with rapt attention. The preacher talked about David and Jonathan, Cain and Abel. Stories I didn't need, there were no tips on how to be cool for these girls or how to get the attention of those girls sitting two seats away, but it was fine, because the sermon talked about other things I needed like love, care, patience, generosity and kindness and soon I found myself applying what I had learnt from this sermon. For example, some sexy nicely dressed girl came late to church and couldn't find a seat. Guess who came to her rescue? Me! I offered her my laps, told her she could come seat on my laps. She turned down the offer, but you can't say that wasn't me being kind and being a good brother.

Another example: it was soon time to sing and dance and while the dancing was going on, some girls were dancing. The way they were shaking that booty, you just knew they were in dire need of a brother to dance with them and grind/dry hump them from behind. Guess who was going to be that brother? You must be really good at guess work, maybe you should try sports betting or crypto trading because yes you guessed right again. Of course it was me! I became that brother and danced with these fine sisters. They didn't let it go on for long and they seemed to avoid me on the dance floor, but it was progress! I was cultivating my brotherly spirit - the exact thing Jesus would want. As for the other members of the congregation that looked at me in some type of discouraging way, I accept it as a normal thing. One of the many challenges on the road to perfection. Besides, the preacher never said you would have the support of everyone when you're doing kindness to your fellow man.

Then again, it is the dry season in my country, the environment is more dusty during the dry season. So that would explain why after the church service some girls had dust on some part of their clothes. Some on their butt. If you've learnt anything from this my story so far you would catch the gospel the preacher preached, the same gospel that I've relayed to you and you would already know that this was another occasion where these girls needed a brother. Because they didn't know their butts were dusty, their butts are behind them, they can't see it always, you see? It's left for caring brothers, filled with the brotherly spirit to stop them in their stride and help with the dusting. Now, since you're so good with guess work I'm not going to ask you to guess who was the brother that helped them dust their butts on this day, I'd just say it straight up: it was me! No surprises.

I helped these sisters dust their butts, many of them. This was the highlight of my new found philanthropy because the girls did not resist, they smiled and thanked me. There's nothing better than cooperation when you're trying to do good work. I stood there near the entrance of the church while everyone was leaving, and with good eye sharpness, I spotted the girls with dust on their butts, called them aside in brotherly fashion, told them with a meek smile on my face that they had dust all behind them and then I proceeded to help them dust off their butts with soft gentle spanks. They all smiled, some very shyly, I know the shyness was because this kindness was new to them and also because so much kindness has a way of making the receiver a little embarrassed. But it was all good.

Lastly, there were some girls who didn't have dust on them, but their booties were just too nice for them not to have dust on them. Like, they had these great booties, but just because there was no dust on them they were going to leave without getting the love and kindness from a newly recruited brother like me. This wasn't justice at all, and you know what Martin Luther King Jr, God bless his soul, said about injustice. He said 'Injustice anywhere is a threat to justice everywhere.'

So I had to remedy the situation and correct this injustice before it will become a threat to maybe the justice of a fellow standing trial somewhere in Europe or America for a crime he didn't commit. That's what being a good brother is all about, by the way. So I called these girls without dust aside anyways and showered the gentle kindness of the Lord on their butts with my palm. They thanked me too and smiled shyly, still a little embarrassed. Well, we'd be working on this, Ladies, you all don't need to be so shy anymore: I've decided I'd be coming to this church often for the rest of this dry season and continuing this act of generosity. When these girls get used to this act they wouldn't be so uncomfortable being at the receiving end of all that brotherliness.

Thanks for dropping by!

You know this is creepy, right?
I'm waiting for those women to put you straight 😂

Lol. Yeah.
Man, Chris Rock is a fucking legend for putting it like that.

Churches with shy ladies who get embarrassed when a strange man who only visits seasonally pretends there's dust on their booty are notorious for punch parties where the congregation gets reeaaallly tired.

LOL. Strange men should endeavor to leave once it gets to that point, then.😂

Another customer for dusting ....Can you handle her Nevies? Hahahahaha 🤣🤣
It would be my pleasure. Imagine being a curator on a platform where all the posts were about cryptos and geek's backends, and funny was a commodity as rare as gold LMAO.
Well, be rest assured I'd be coming through with attempts at funny posts everyday-ish😀. Thanks for dropping by so far.

if there was a hive funny club you could join it, but so far there are dozens of clubs for cryptos and none for funny so we just have to run around and mock geeks - which is fun, but it doesn't pay well

Yeah, I get it. Quite rough. But well, you can keep trying the funny tags (humour, humor, funny, comedy, joke), You'd find funny posts under them. Also @frot makes funny posts too. I've also read funny crypto posts from @tarazkp

Cool. We're even enough to form a funny/comedy club here on hive. We really should.

Why isn't there a Comedy Club community on HIVE .. and why doesn't someone start one?

Same thing I've been thinking about recently. I think I would have started one by now if I was more powerful. I think the next best thing should be finding a couple of people, coming together and starting one up immediately.

That 'O' shouldn't have been there, damn autocorrect!

Omg this is truly hilarious. Thanks so much for dropping by my post so that I could discover you. What a delight to read.

Thanks for sharing with me too @riverflows, this guy is on top form. Brilliant stuff xx 🤗

Lol. Thanks for dropping by @holisticmom, and thanks for the compliment 😀👍. You mean you got to read this through @riverflows?

Yes @riverflows shared it with me and I'm glad she did, I thoroughly enjoyed every word. 😊😊

Hahahaha. Wow, thank you too @riverflows! You're really kind.

Where on earth you been hiding?

This is brilliant man, brilliant!

And you're a Nigerian too? Come here my brother, we need to get you on some comedy stages, give basket mouth a run for his money.

LMAO 🤣🤣
Thank you very much @seesladen. Nice to meet you, brother.