We are happy to offically become apart of the Hive community thanks to @guiltyparties helping us with the onboarding process! We are an esports and entertainment organization that has competed professionally in games like Call of Duty, Fortnite, Gears of War, Super Smash Bros, and more! We are excited to expand our reach and post on here as much as we can. Since this is a fairly new platform for us, if anyone has any tips or is interested in helping feel free to send us a message on twitter at https://www.twitter.com/MazerHQ. That is our main source of news. You can also find us at https://www.mazer.gg, our official website! We look forward to working with everyone and building a community on here. 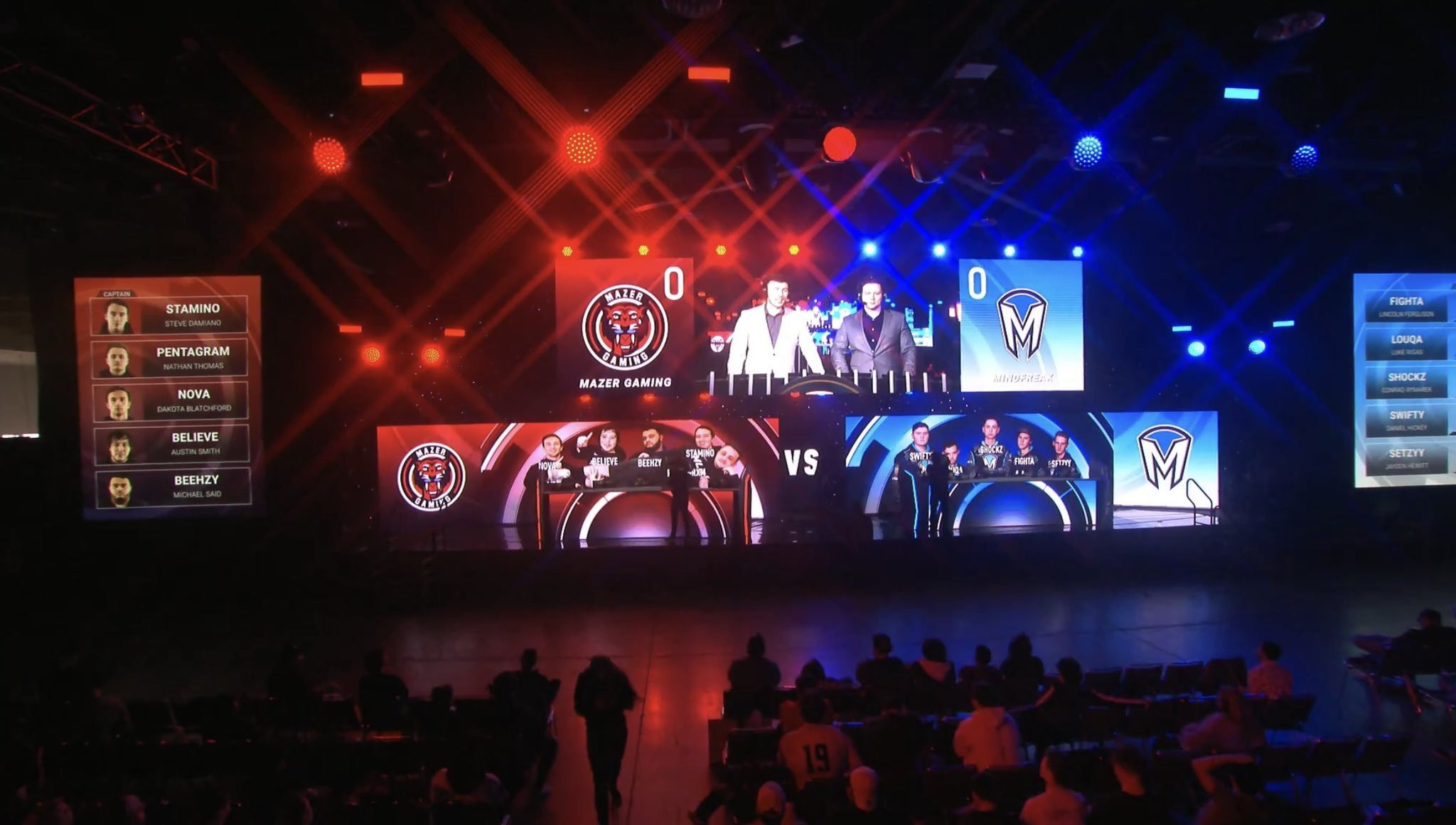 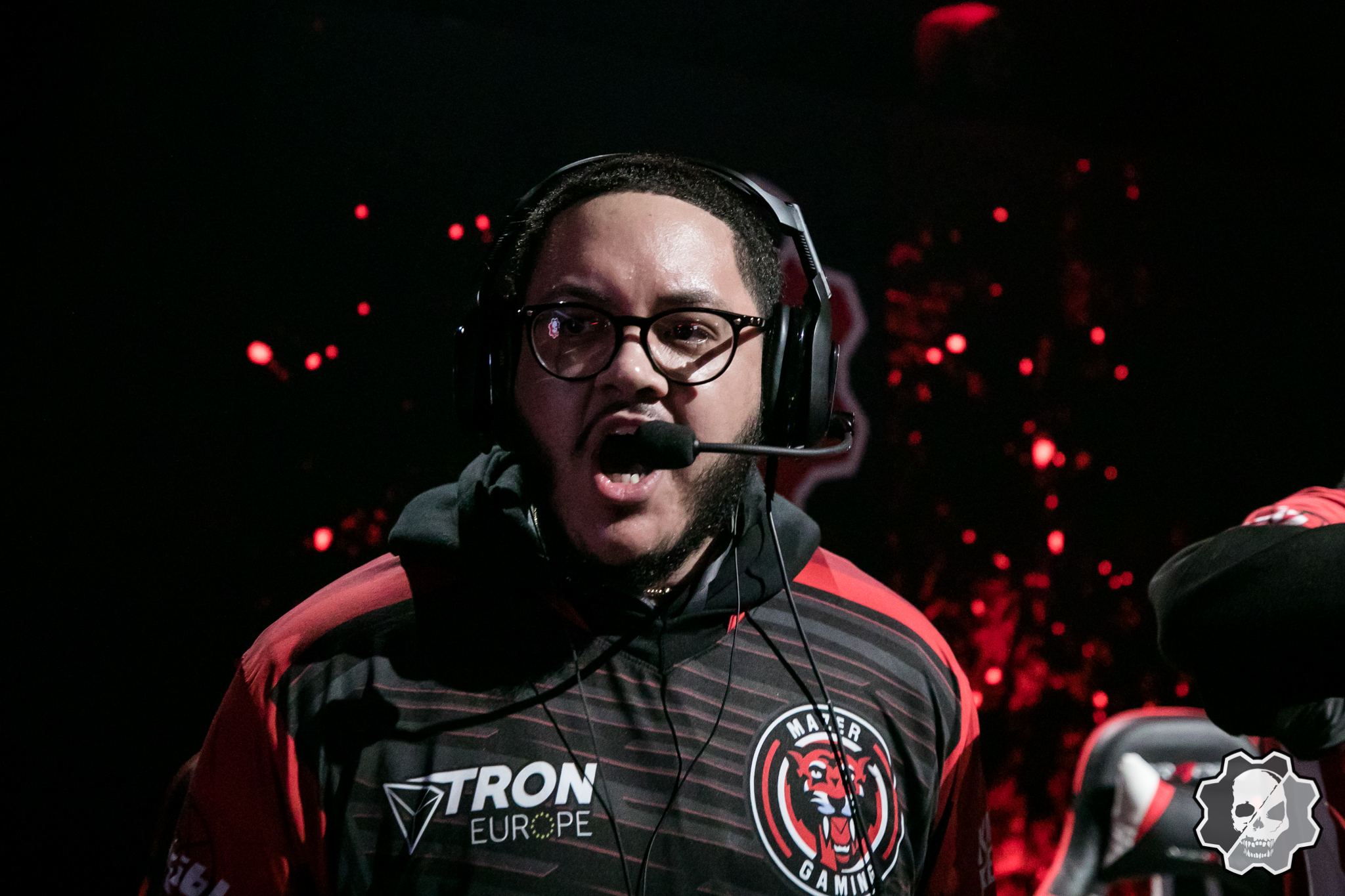 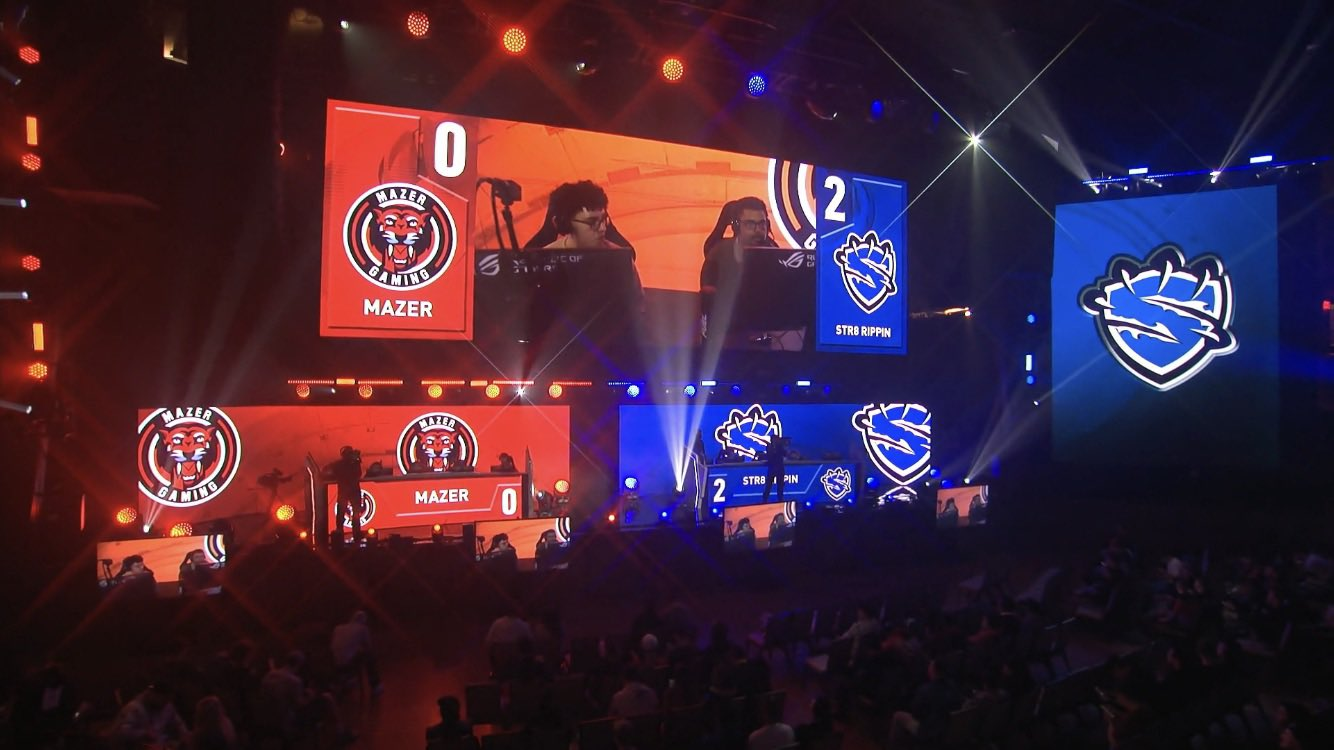 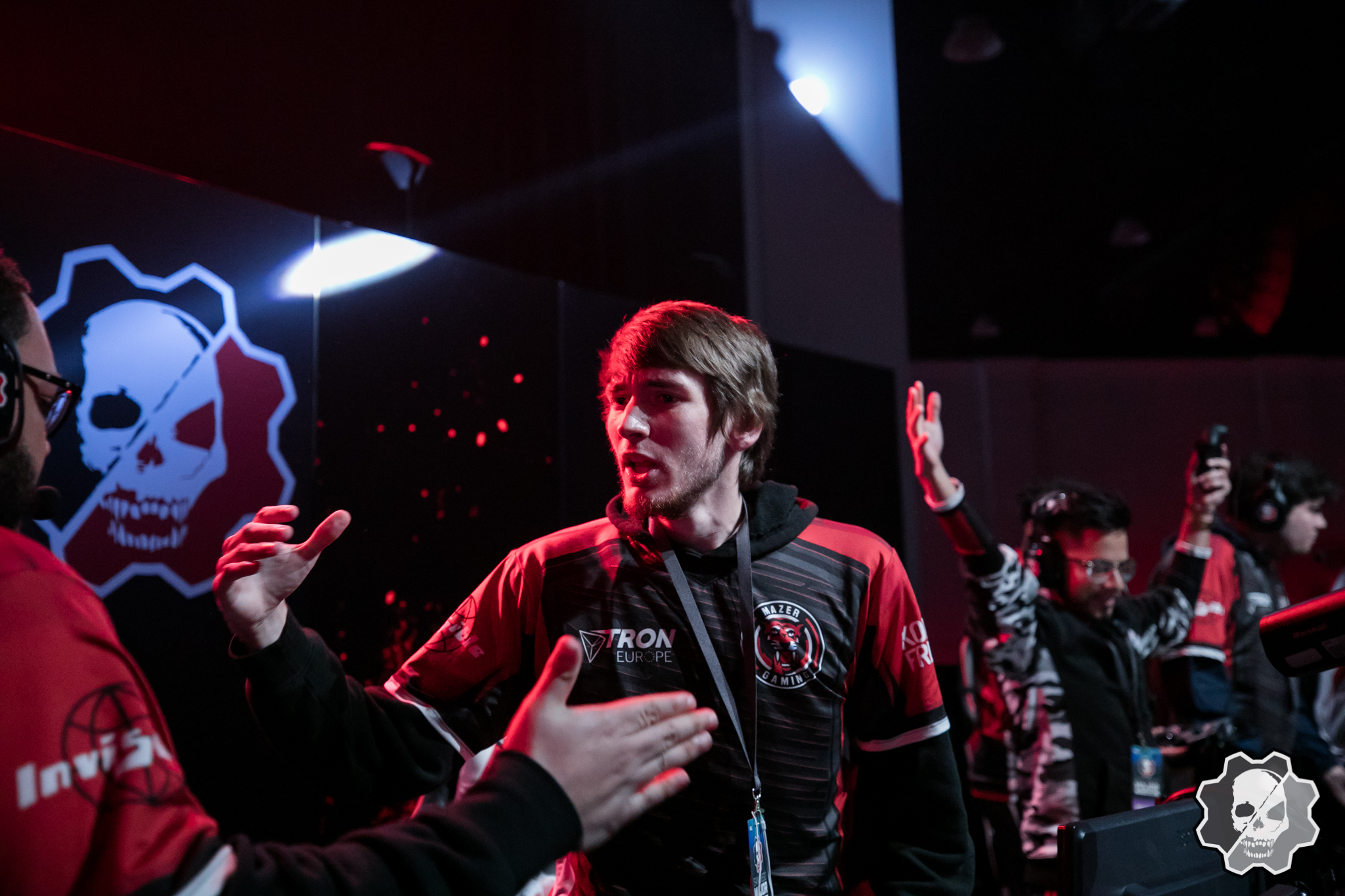 Any plans of publishing exclusive content to this platform, and if so, will your current fanbase be encouraged to sign on here as well? There are perks here for consumers that do a fine enough job of removing the middleman found on other platforms, then placing those profits back in the hands of consumers.

If the support on this platform is there, we would love to. This week I am going to try and do some "advertising" to our fanbase. I know we can get clicks and views on our posts but obviously sign ups are the goal...

Of course going full on exclusive mode off the start would be a bad idea if you're already settled into established outside revenue streams. Getting support on this platform in its current form involves staked tokens and upvotes.

See that 50 bucks or so up there under your post? Those of us who voted share in half of that amount. Your fanbase can be in on that 50% provided they own staked Hive (It's called Hive Power).

Platforms like Youtube and Twitch take a hefty percentage when something like tips or donations roll in. Consumers here can spend that same amount of money staking tokens, not get ripped off, and in a sense get a 'return on donation' for upvoting your content in the same way I'll get a share of the profit for doing that very thing here today on your post. They can also have some, most, or maybe more of their money back if they decide this isn't for them, which is a good deal if throwing that money away was the plan to begin with. Of course factors like token value play a role as well.

It's not the easiest business model to explain in a few sentences. There's a lot to say. A lot to know, especially when it comes to marketing or advertising to consumers. You can get them to sign up but their votes won't be worth anything without at least some skin in the game. Of course there's nothing wrong with opening the door so they can at least get a feel for the place first. Each consumer/fan/follower/whatever gets 10 votes to give out per day so that element can be beneficial to a group such as yourselves as well.

Probably too much info on your first day...

I think Hi! I am here to help, works well on the first day :D

sorry I could not help but tease you!

So happy to see you here and commenting!! I have been a tad in my own world so will have to go check your blog now that I know you are posting again.

LOL! Who has time for small talk these days?

You're going to have a lot of options for what this platform can do for you.
One very PROFESSIONAL suggestion however, would be to distance yourself from the Parties who helped you onboard. Just a friendly suggestion.

Are you a video-game team?

Check your inbox. @ddrfr33k just sent you an email. We would love to help you on your Hive journey!

Great to see your first post and welcome aboard. You guys are amazing.

Welcome to Hive! This is an amazing place with tons of potential for your community. I've followed you, if you ever feel lost just hope on hive.blog or peakd.com, d.buzz or 3speak.co (Hive has a lot of interfaces!) and just post your questions and I'll be there to help out.

Welcome to Hive , I wish you the best around here. Have a great time discovering and meeting new people. 😁

Ahoy there mateys. Welcome to the hive gamers from the most feared pirate crew on the digital sea.

Ohhhhhhh!! Welcome!!!
You will love it here.
There is a huge gaming community on Hive!!
If you ever have any questions please feel free to message me. I am mostly on Discord but I do check Twitter too once and a while. My Twitter handle is Snookatz.
@GuiltyParties and give you my Discord name.

I have been here for over 3 years and love it.
I hope you will too.

It is a bit overwhelming at first but if I can learn it anyone can!!

If you have any questions let us know.

Great to have you on Hive!

Thank you. Happy to be here

Show me a link to your sexiest Gow5 montage.

This isn't a montage, but this is one of our biggest wins for Gears of War. Taking out NRG, a team that has won about 22/24 major events coming into this. Our team wiped them out in San Diego. Skip to about 1 hour and 25 minutes in this video for the good stuff :)

wow thats actually impressive, I was calling out Hive users a year or so ago to challenge me and my team but I am lone wolf now, all my friends play cod again

@dustsweeper curating us out of our national debt ftw!

skipped to the 1 hour 25m mark you mentioned, thats hilarious Mental is chugging his water beat red in the face you beat him so bad, I am actually a NRG admirer not a fan, but you guys handed it to the best gears player I know of

Welcome to the blockchain. I am looking forward to seeing your posts in the Hive Gaming Community. If you have any questions, feel free to hit me up.

Thank you, much appreciated.

Welcome to the Hive network!

Congratulations @mazergaming! You have completed the following achievement on the Hive blockchain and have been rewarded with new badge(s) :

Happy to see you with decentralised peer to peer social Network HIVE.

If I can help you with anything please let me know

Welcome to Hive, it's great to have a professional gaming team here, I think that is our first.

Sick! Glad to have you guys with us! Hive is a great place for gamers and developing lore, role play, etc!

Hey @mazergaming! welcome to Hive, great to have you hear! There are a range of dapps to use and communities to post to. We hope you will create one or several communities here on Hive. Once you created them, the keys are yours. Your content, once published will replicate to all the other front ends such as:

If you have one Hive account your content is shown on all of these dapps and more!

Looking forward to seeing more of you here!

Welcome to the HIVE! Here we all do our best to support and help one another, and I hope you are excited to become part of the revolution in social media!

You are super welcome here, the community will look after you!

Welcome to Hive! Lots of gamers here, so I hope you can build something cool. Have fun.

Hey @mazergaming, here is a little bit of BEER from @steevc for you. Enjoy it!

Welcome aboard from a despicable casual gamer!

That's awesome, the gaming community is great here, you should check it out!

Welcome to the block boyz, happy to have you here.

Welcome to the Blockchain @mazergaming! There are many people into gaming here, and the idea of working together as a team, combined with fun and positive energy is a much needed avenue... both in our personal lives, as well as here in the Blockchain world.

Look forward to seeing how your journey continues here... I'll be sharing the love in @theterminal; a group where new users come to learn about things from HIVE, to Discord.

Welcome to platform.
Feel free to as anything here.

Do check out Splinterlands Game on Hive chain. You can also play tournaments and win rewards. Feel free to hit me up on discord khan.dayyanz#7413

Welcome on Hive @mazergaming.
I wish you all the best with our amazing blockchain and community.

If you need any help, feel free to ask.

A big welcome! You can actually create a Reddit style community on HIVE in addition to your profile.

Add some tags to the post. gems, introduceyourself, sports, hive.
You have 7 more tags to get to total 8. Use them.
And welcome!!!

WHat consoles do you play COD on?

Btw, if you build your community here, nobody can delete the connection between you and your followers/fans. Sometimes Facebook/Twitter and co delete groups or accounts. Here you stay safe.

You should create a community here too (for your fans).

If you need help,

Your are most warmly welcome on this platform!

It's great to see you guys here on Hive! I think the potential is huge for streamers, teams, and esports organizations to build a loyal and active following with a Hive community as an alternative to a subreddit.

I'll be happy to support you guys in whatever measure to make use of Hive to reach your goals💪.

Wow Hive just got cooler B-)