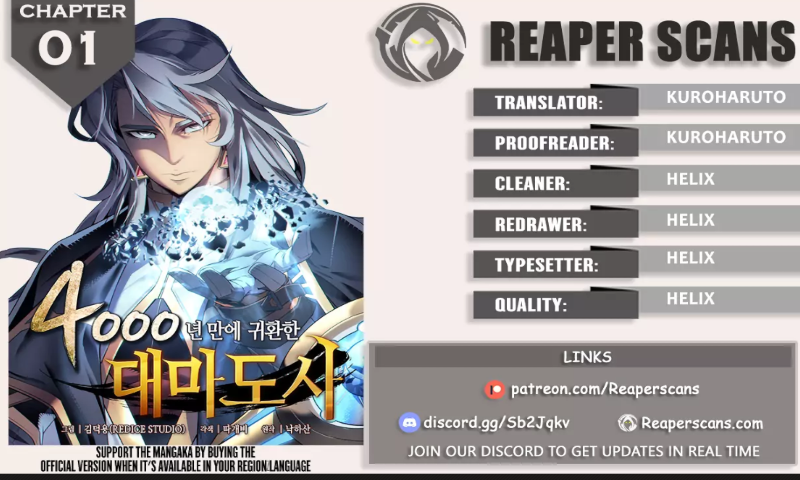 A few days ago reaperscans started mass releasing this webtoon. They did a great job with 25 chapters now available. Unfortunately, somehow it once again awaken the binge-reader inside of me. (LOL). And even though it is not something out of this world as I've seen this in webtoons like I am The Sorcerer King by Decaspel and many others. I think that the TGMRAFY's story has great balance in aspects like world-building and characterization. Of course, whatever I wrote can still be considered as first impressions as the number of chapters might not be enough to get all the juice out of it. 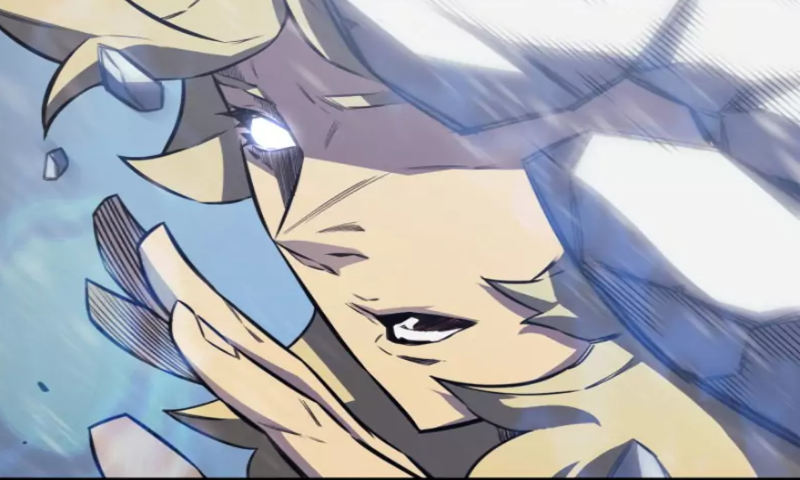 TGMRAFY is a korean webtoon written by a guy named barnacle and is illustrated by Kim Deok-Yong of redice studio. The story starts with great magician Lucas Traumen achieving the epitomy of power as a level 9 human mage and defeating the evil beings that threaten the human world. After displaying his prowess he now encountered the creature known as Demigod. This is not something new, as stories like this one often have the'final boss' as an element. My only problem is just how they reference the names. I don't know if it is what it is or the translation from korean to english is not accurate. It just bothers me that while he refers to himself as a 'God' in that world but chose to call himself Demigod. Goodness, if your quite savvy with Greek mythology this can be quite uncomfortable being a reference. 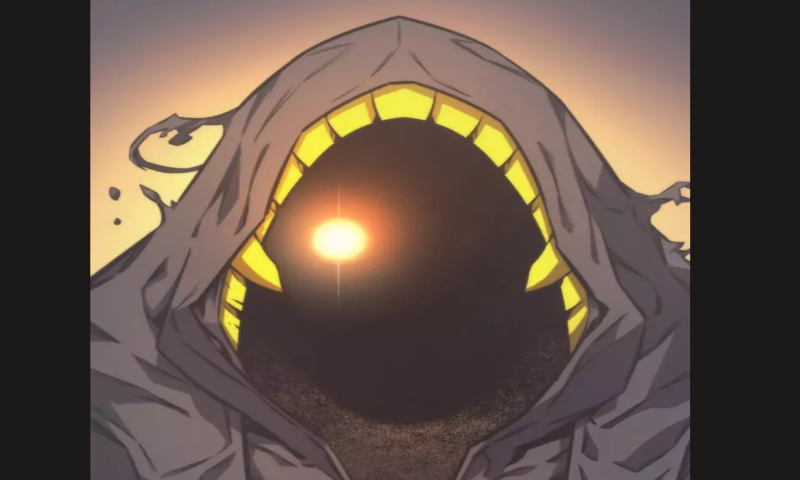 Demigod is your typical undead-necromancer type boss. He got this long robe and a hood that encompasses much of face except for those lazer beam eyes. Demigod referred Lucas Traumen as an egotistical being. In most cases necromancer type bosses tend to be very cunning. Based on his tone as I read it, it's either he is threatened by the rate of Lucas' growth or just you plain old undead being that want to torment humans. Anyways, Lucas is no match for Demigod, he was sealed in agony for 4,000 years. Why not kill? Like we said earlier Demigod seems to be the type of guy who pleasures from seeing people in pain, especially for an 'egotistical' human like Lucas. 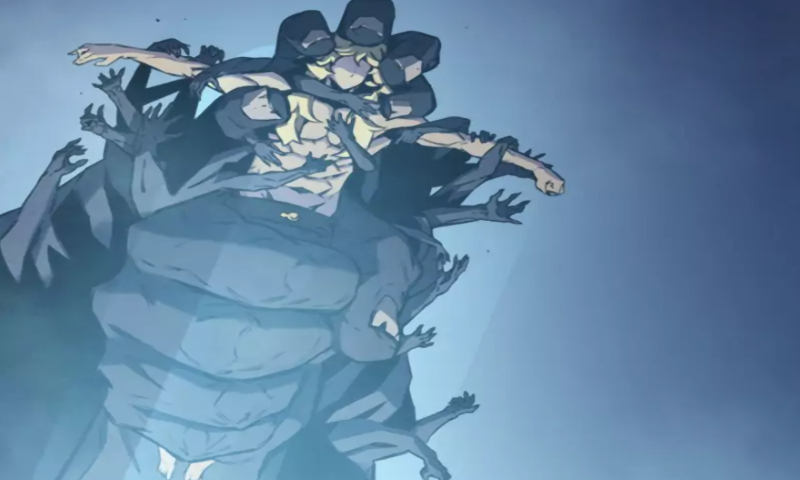 Lucas was freed because of the soul of Frey Blake. Frey is your typical loser guy which is actually very common in Chinese manhuas and novels, but Koreans did better in adapting them. I'm not saying that all chinese works are bad but majority of them felt like reproductions of each other. Korean works on the otherhand put some good twist into it. Although there are similarities most of the materials tend to have an identity of their own. 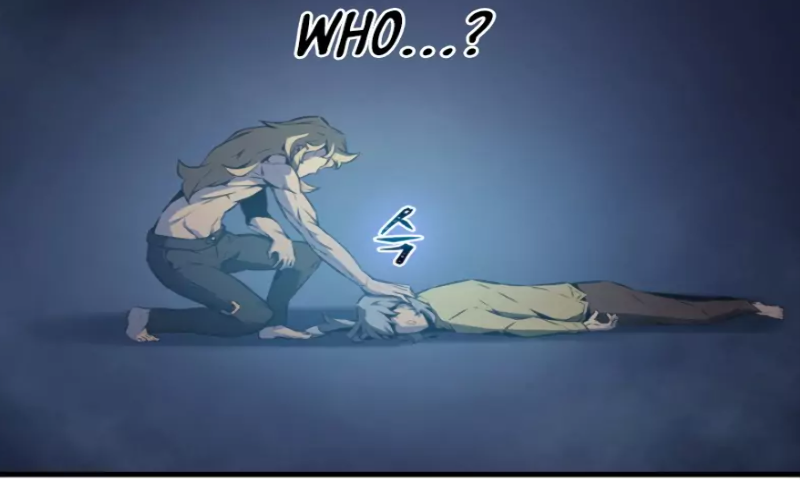 Frey Blake committed suicide because he can't stomach the treatment coming from the society and even his own family. Somehow his soul gave chance for Lucas to escape. And we saw it coming. Lucas was reincarnated in Frey's body. The story progresses as Lucas fulfilling the will of Fey to change for the better and personal goal of getting stronger for his next encounter with Demigod.

Frankly, the opening chapter for TGMRAFY is a little bland but it's not that bad for a first chapter drop. Storywise I think one redeemable quality of this novel is starting slow but gaining a steady momentum. If the reader can persist in the first few chapters then this might be a great addition to bookmark collectors.

Residing in Frey's body, Lucas' interactions with the people around so far have created interesting scenarios for readers to hold and continue. Through his 4000 years of solitude, magic in the continent has deteriorated but there are some improvements in the functionality of magic tools, like the so-called warp gates. Another great quality of this webtoon is how they build Lucas' personality. Being level-headed definitely fitted his greatest magician background. 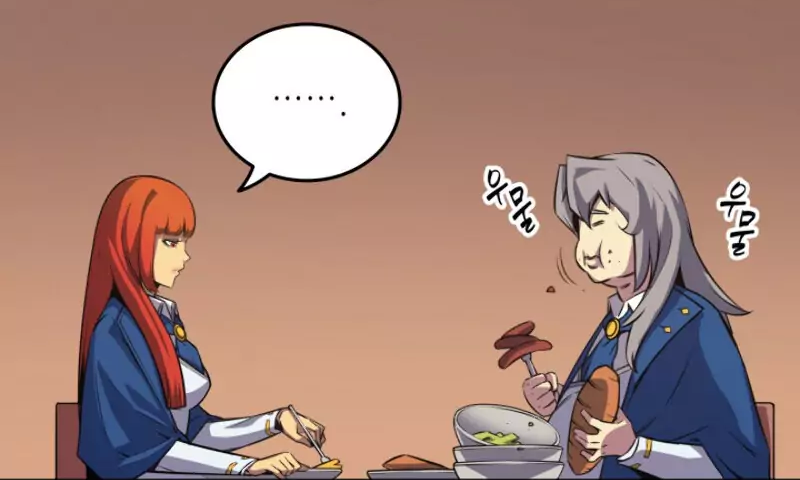 Aside from the trainee Isabelle which can be prematurely referred to as the female lead and the guy surnamed Jun there are no other characters really worth a mention at this moment. Isabelle is a bit clingy but not enough to be irritating. One particular interesting character that I'm waiting to come to light is Frey Blakes's biological father who disowned him. It's interesting how Lucas will deal with him in the next chapters (?, if ever there is one).

I have to give some praises for Kim Deok-Yong and his team for the art. If there is one thing that differentiate TGMRAFY from the norm it's definitely the art. It's neat, not rushed and you just now that the artist put alot of effort. Human features are well-proportioned, facial expressions are not exaggerated and the isometric environment provided proper space for the characters to move. Coloring is just as magnificent, the artist didn't do anything unnecessary to show off . Great shadow and lighting is also achieve.

To end this short review, I 'd recommend this to readers who are not too picky about the plot. It's given that those who read similar materials from other Korean authors might find it boring and just another copycat. I just want to say that this is at least worth a try, say decide after reading at least the first 5 chapters after reaching such conclusions. If by any chance it really feel cliche reading this then it's time to drop. People have different preferences so it's understandable that there are some who are fed up with this kind of material. Anyway, if you love good art and something not too tiring to look at then this one might be perfect for you.

Again thank you very much for reading.
And of course, for the support.
See you next time .

Credits:
All illustrations and images belong to Kim Deok-Yong and are only used for illustration purposes. I do not claim any of them as my own.

Disclaimer:
1.) Images are not mine they are properties of Kim Deok-Yong, and are only used as illustration purposes.
2.) The Author (LKP) is not a native English speaker therefore grammar mistakes are bound to happen.
3.) Please do wash your hands often.

Congratulations @lordkingpotato! You have completed the following achievement on the Hive blockchain and have been rewarded with new badge(s) :