This is the first (and hopefully not last) part of my new series Decentralizing Hive dApps. I will try to find solutions (and also implement them) for some centralized Hive projects and dApps (mostly where community funds could be at risk).

Today, we will take a look at HBD Potato (@hbdpotato). It's a project dedicated to keeping HBD pegged to 1 USD.

To achieve this, it's selling HBD on the internal market, converting it to HIVE, and repeating this circle until the HBD peg is achieved. Funds required for this operation were raised by daily posts and from the DAO proposal, so they belong to the community (keep this in mind, we will get back to this later). 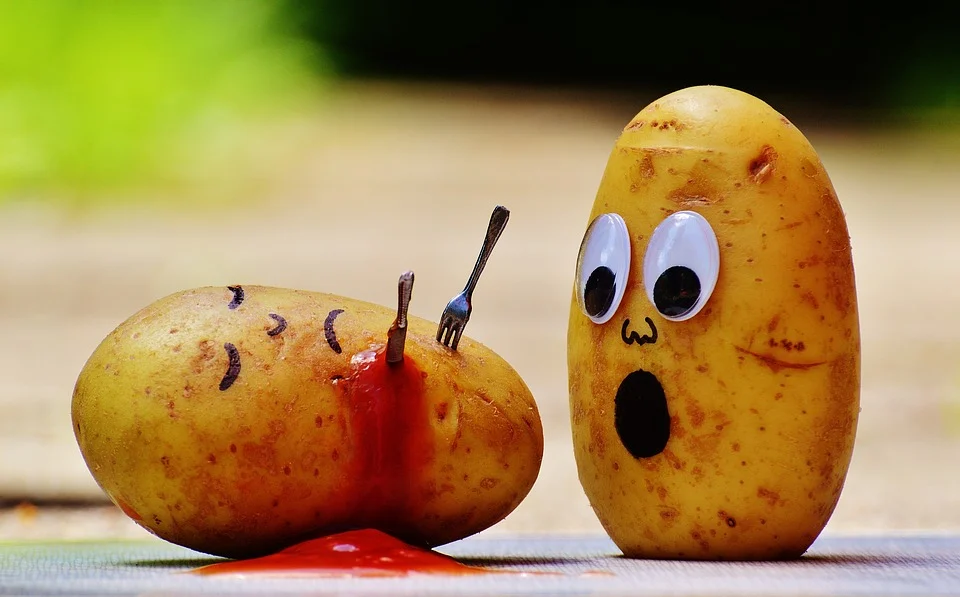 HBD Potato (called SBD Potato back then) started back in November 2019 on Steem and it has a nice chunk of HIVE (and STEEM), around 300k STEEM and 200k HIVE.

You might be curious now, what does this have to do with decentralization? Well, let's take a look at how is @sbdpotato doing its job back on Steem. 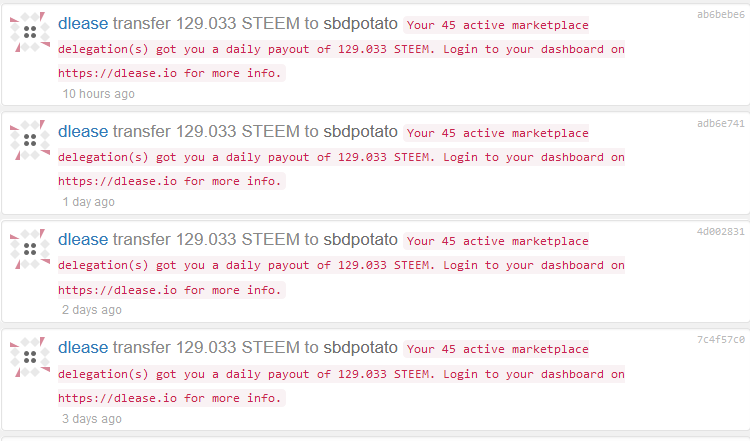 Strange, it's not converting funds or trading on the internal market (that's normal since SBD is above $1). But instead, it's funds are powered up and delegated using a dLease.io marketplace.

Most of you know dLease.io is a for-profit project. It's charging a 10% fee! And who is operating it?

As custodian of this project I, @thecryptodrive, will not derive any monetary value therefrom and undertake this under my duty as Steem consensus witness and ambassador.
source

It seems to me that making 10% from any lease is definitely deriving monetary value. Just because Steem is centralized shit, the rules of SBD potato are no different. It's still a community project and funds shouldn't be used for any private gain.

I think it's clear funds are not used as they should be.

How can we prevent something like this from happening on Hive?

The core cause of something like this is centralization. If multiple community members would have to approve transactions, such misuse of funds would be much harder to achieve.

Well, Hive has one feature I'm fascinated (& obsessed) with: Multisignature

It's possible to set up an account that can only transact if the transaction is signed by multiple keys. This is also the core idea behind Wrapped Hive 2.0.

But HBD Potato is transacting a lot, no one wants to be manually signing transactions. Well, we can just create an app that will do this for us.

On this Christmas eve, I spent a few hours writing a validator and then modifying @hbdpotato's existing code to be compatible with validators.

How does it work? Every time the main app is trying to trade/convert coins, it will have to request signatures from different "validators". It's a much simpler system than Wrapped Hive, since adding validators is still manual. Validators will check only 2 conditions:

If both conditions are true, it will sign a transaction and return the signature to the main app, where it's then broadcasted to Hive blockchain.

My account @whive.testnet-1 also has declined owner authority, so there is no way for it to transact without the approval of 2/3 of its multisig authorities.

Even just one or two validators would increase the security of a such project a lot. I'm already running validator at https://hbdpotato.fbslo.net (with @fbslo-b account)

My goal is to prove that decentralization does not have to be that hard & complicated (and to show how can problems be solved), not attacking the operator of HBD potato or any of his projects.

If you like my work, please support me by voting for my Hive Witness!
Witness announcement
#decentralization #hivedevs #dhf #teamslovenia
2 months ago in #hbdpotato by fbslo (71)
$21.92
163 votes
Reply 20
Sort:
[-]
ervin-lemark (73) last month

Really good work, both the detective part and the solution. Congrats!

It was comical more work was not done on making multisig more user friendly in the first place anyways.

But hey, most of us are not in charge anyhow.

Please stop sending money to @marshallmustang. She scammed me out of $80

Thanks for doing this. It's clear some high ranking witnesses ahem cryptodrive ahem are not as trustworthy as the almighty "code is law". Thanks for helping to decentralise hive, it's awesome that you've devoted your time to this, and it amazes me what some people can do with code. Major respect to you.

I made a post a few weeks ago requesting @thecryptodrive to return the funds to the DHF, at the time I didn't even know he powered up the Steem on Steem and was using it to profit with his dlease project.

So now he had over 200K on both Steem & Hive and he obviously only cares about Blurt at this point.

As usual, he will just complain everyone is picking on him.

Associating with him is a bad idea at this point.

The fund pays blocktrades (I'm not opposed to this) who also has a business which we don't own and I'm certain is profitable.

I've never been a fan of the potato/spud project, but I think proposals should be judged by their value to the platform vs. whether or not the person doing the work is making money. Hive is not a charity.

Funds were not paid from DAO to make money or to pay for service/work. The only purpose was to keep the HBD/SBD peg by converting/trading them. But instead, community-owned funds are used for something else.

Blocktrades is paid for his work on Hive, while HBD Potato is a non-profit project (at least it should be, based on promises by its operators).

It's not community owned though. Once money is handed over, that's kind of it (which I get is part of your multisig solution).

I'd still like to know how leasing hp is any different to selling votes.
If you sell your vote one at at time it is no different than selling it wholesale for a time period.

If someone could tell me how I am wrong about this, that would be great.
I'm pretty sure we already forked out the vote sellers, then we turn around and respect other vote sellers?
Smdh.

In many cases, It's not very different. But some people are leasing HP just to avoid having to power up hive but still having vote worth something.

I personally prefer having most of my Hive liquid, but I'm leasing HP to keep my vote value at ~$0.1 (even if I'm losing money since I pay more than I get from curation).

But some people are leasing HP just to avoid having to power up hive but still having vote worth something.

Right, still breaking proof of brain,...I guess I am one of the few remaining that care about the original dream of creating original content to get rewards.
Now we just buy them, and everybody that knows the difference has cashed out.