drutter (71)in Informationwar • 3 months ago (edited)

▶️ In Kelowna BC, thousands attended a grassroots freedom rally and protest against "vaccine passports" announced here this week. Nurses and hospital staff walked out to protest mandatory injection with the experimental immune therapy. Government, media, and police denounced the protests, but public support was almost unanimous. Even "fully vaccinated" people are against MANDATORY injections and digital immunity passports. Canadians are pissed at the global technocratic agenda taking shape, and won't take it sitting down. 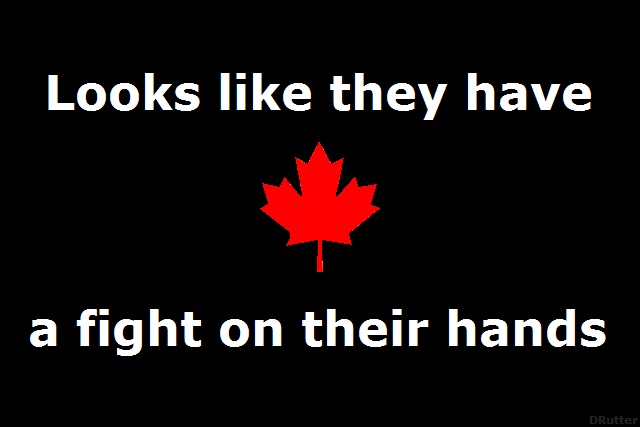 It's NOT a vaccine

Shared an upvoted! Thanks for going, filming and protesting!

Thanks for holding down the fort so it could happen!!

Hey, check out this coverage of the protests by The Province.

Heheh. When you've got no point and no legitimacy, just twist the situation 180 degrees, and go from there.

Uh oh, here is another one!

Canada's state run media CBC is claiming the protests in BC were violent, which is a lie. Kelowna was one of the largest and most peaceful protests I've ever been to, and the footage I've seen shows nothing but the same across BC. They cite a single alleged assault as the reason for calling dozens of huge protests "violent".

CBC is also heavily pushing the lie that the protests were AGAINST health-care workers. One look shows this is false. The health-care workers and protesters worked together on this walk-out and manifestation, in protest of bad government (vaccine mandates). What a crock of shit!

Within an hour CBC closed commenting for that article, and deleted any comments that don't agree with the narrative. Here's the top comment in the closed comment section:

"This wasn’t a peaceful protest.
This was an angry mob attacking health care workers.
What is wrong with these people?" 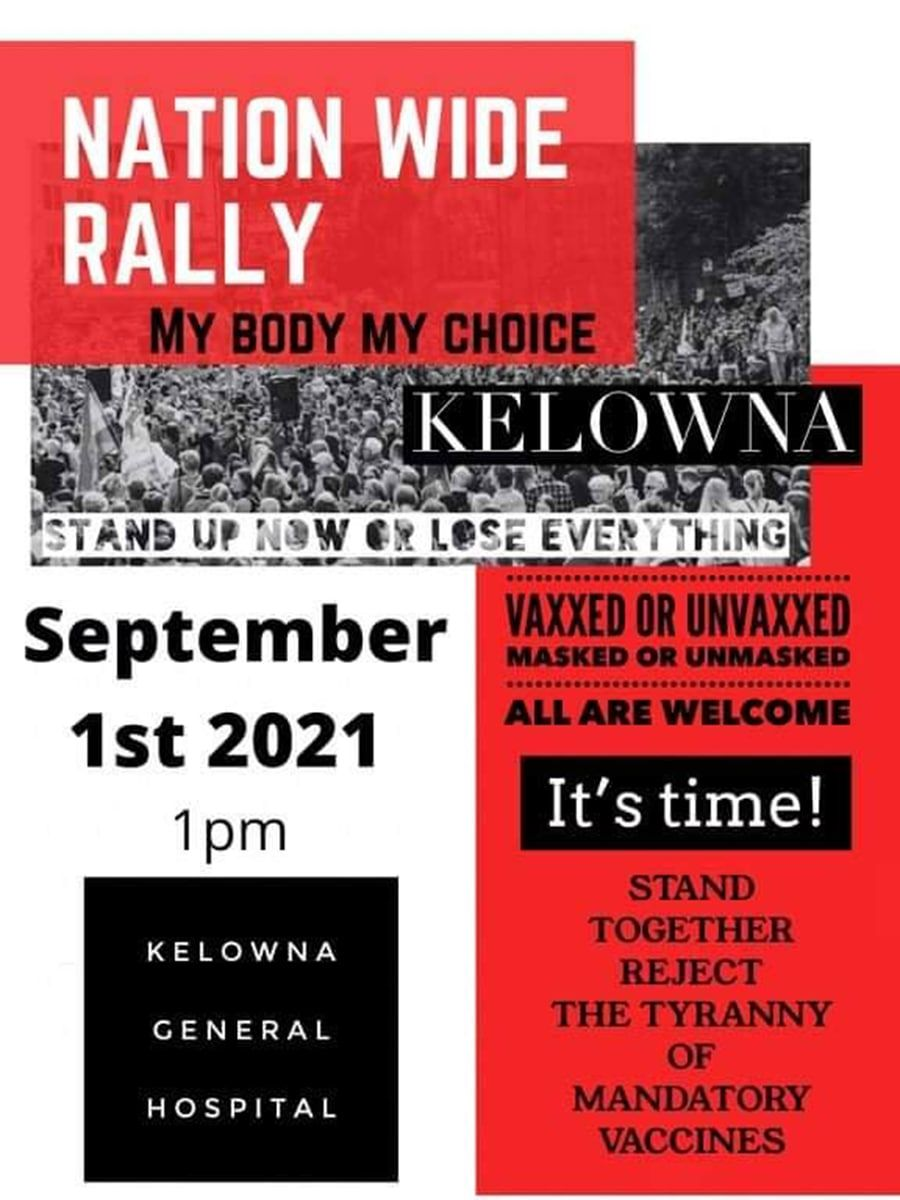 Here's the advertisement for the "violent" protest ;)

Comment section is 100% in favour of violence being used against the protests, claiming they are violent and anti-science. Scary shit! I left several comments and replies, all deleted.

The media is spinning this any way they can. Typical tactics against protests. But it's hard to hide what's going on... the people aren't okay with mandatory vaccines or passports. That wouldn't be Canada and they know it. This crosses even most statists' lines in the sand.

good for you Canada! It is nice to finally see people fighting some oppression up there!

Yeah! It's just very sad to see how the media is spinning this. They're saying it was violent and anti-nurse. They aren't allowing the truth to be told, for example the comment section on CBC is managed by their volunteers, and anything that doesn't agree with the article is deleted immediately. All the comments there are negative toward the protests, even calling for people to be arrested, or lose their right to health care, or be "removed from the equation". The media is trying to cause a massive civil war over this, scary to watch. I was there and saw how peaceful it was. Not a single violent act or even threat. Just thousands of Canadians protesting mandatory vaccines and passports, and supporting the health care workers and nurses as they walked out to make a statement against the government. The mainstream media makes me sick! They are complicit collaborators in this tyranny.

That big banner on the side of the hospital that says Every Moment Matter is so fitting! Miraculous turnout at each location and the solidarity across the country. Amazing that not only did the nurses hold a successful protest, but they were joined by thousands of protestors! These are people of all colours, ages, abilities, and professions.

Many of these people have never attended a protest or made nor held a sign before, but their humanity and Canadian sense of duty is calling. It doesn't matter how long you've been in Canada or where you're from before that, how we defend it now is truly what makes us Canadian. Take that censorship! All you can do is ramp up the propaganda.

Yeah, the damage control, now that these protests are undeniable, is so fake, forced, and pathetic. Luckily, it's never been easier to be a troll when you don't need to have a face. He must seriously be projecting his insecurities, because <selfish and entitled is exactly what commies are! :O 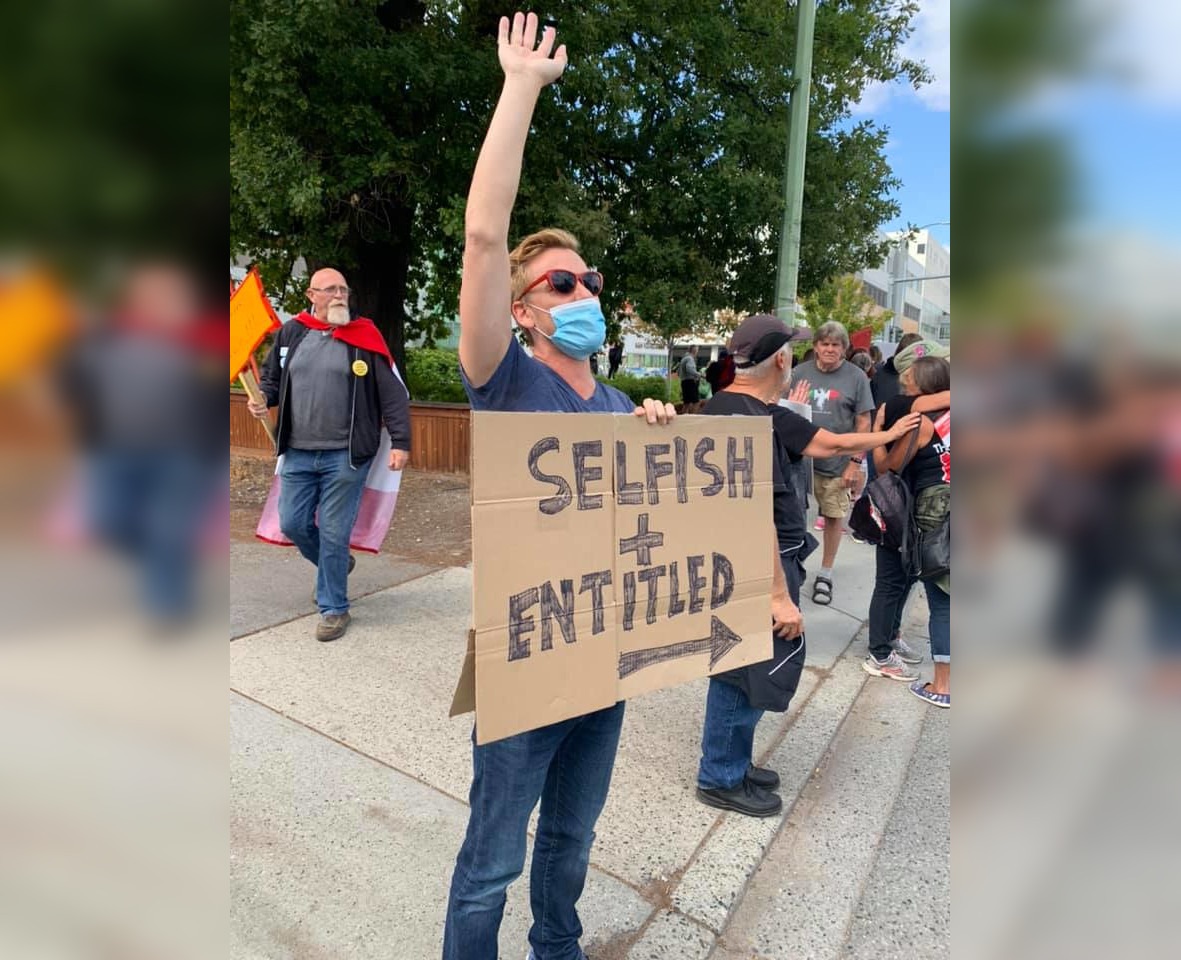