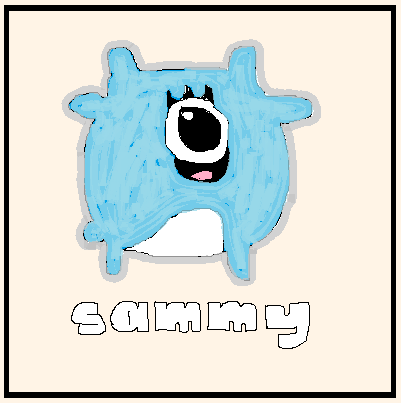 Television and movies and music do not make people violent. People have been violent for centuries without any assistance whatsoever. 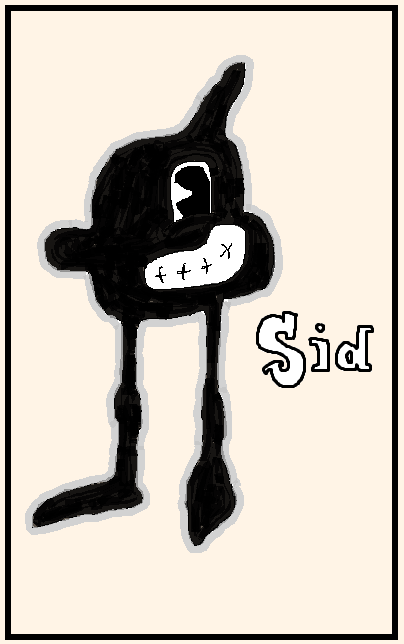 Sid:
are you saying young blacks have no choice but to act like thugs,

I'm not suggesting they have "no choice".

Everyone has "some choice".

Sid:
because they are poor?

All poor people have extremely limited options and are not "treated equally" by the "justice" system.

For example, children of all skin-tones born into families that make $100,000.00+ (USD) per year (middle-class) have roughly the same life expectancy, education, and legal protections.

Sid:
are you saying thug culture has no choice but to exist,

What you call "thug culture" is simply a marketing campaign dreamed up to enrich lighter-skin-toned record executives.

The "appeal" of this "machismo" culture is not new. It wasn't even new in ancient Greece.

Television and movies and music do not make people violent. People have been violent for centuries without any assistance whatsoever.

Sid:
because they are generally poorer..

Lighter-skin-toned fans buy "thug culture" products. I would imagine that "racism" would actually cut deeply into the popularity of such things.

I watch this once a day - Click to watch 3 minutes,


At what point did we begin to conflate MONEY with MORALITY?

NEVER TALK TO THE POLICE OR A JUDGE, THEY CAN LEGALLY LIE TO YOU

NEVER CONVICT PEOPLE CHARGED WITH LAWS YOU DISAGREE WITH

Perhaps anarchy already exists and "THE COMMUNITY" is merely the highest manifestation of organized crime. – special thanks to @thoughts-in-time

I WILL UPVOTE ANY AND ALL COMMENTS ON THIS POST, 1 UPVOTE PER ACCOUNT. PLEASE FEEL FREE TO LEAVE A "∴"

Copyright notice: Feel free to copy and paste any LOGICZOMBIE original content (posts and or comments and or replies and logiczombie logo, excluding quoted 3rd party content of course) according to copyleft principles (creative commons zero). In fact, I would prefer that you don't give me "credit" and simply post any choice quotes as your own (to mitigate the genetic fallacy). Sort of a "Creative Commons (-1)". Your scathing critique is requested.

NEVER CONVICT PEOPLE CHARGED WITH LAWS YOU DISAGREE WITH

I had an acquaintance once who put themselves through law school subsidizing it financially by selling weed. I use to buy and smoke weed with him on occasion. Years later he ran to become a judge. How could he even have considered that he would have minimum sentencing guidelines to hand out for something he himself partook in for years was beyond me. He didn't win though so I guess his conscious is still free and clear in that regard.

Yep. We're brainwashed to believe "the law is the law" but it's NOT.

"The Law" is a framework intended solely to support THE WILL OF THE PEOPLE.

"The Law" is codified MOB RULE.

The ONLY reason we have JURIES is to MITIGATE BAD LAWS.

Laws are essential otherwise we'd have all out anarchy, I am not agreeing they are all fair or just just that life would be a lot more difficult trying to live if we didn't have guidelines to live by. Look what is happening out in California after they changed the law that shoplifting would no longer be enforced unless it was over a thousand dollars. Shop owners had to go to arming themselves to protect their shops as people were just walking in and taking stuff and walking back out the door. You gotta watch what you wish for otherwise it can come back and bite you. The essentiality of guidelines can be seen as far back as when Moses wrote the ten commandments.

There is a significant difference between GOOD LAWS and BAD LAWS.

I'm not suggesting we abolish ALL LAWS.

Are you sure that these were not just a few cases that went shoplifting? In principle, you don't need a book to understand the law, every child learns and knows that you don't steal or cheat others. Not because it is written, but because people make this experience very real. For example, they feel anger about being robbed, and children who observe their parents grieving about a theft learn that the thief acted wrong. But perhaps in the distant past, before there was any thought of possession, there was no such thing, and if someone took something from you without asking, it may not have been stealing, because where there is no sense of wrongdoing, there is no accusation. Perhaps, as I can envision it in my imagination, something that someone else had lying around because he could not yet use it, that is, it was a kind of surplus, would be little or not at all angry if someone who had no surplus had taken something from the one who had more. Without a sense for "mine" something might have been a common good and then one might not even have had the idea to hide the taking away. I think I can vaguely recall a book - I don't know if it was fiction or a field report - that people were observed doing something like this and a simple object had made the rounds in a village, for example, until it ended up back with the one who "owned" it first.

For us "civilized people", such a thing is hardly conceivable, so far removed from our canon of values, so alien. But I find the idea very interesting, because it resonates with something...

It was more than a few cases. I seen a couple news video's on it but here's an article I found.

Your story sounds wonderful but rather unrealistic as most people don't have things laying around that people can wander off with and the chances it will come back is pretty unlikely. The majority of people who have things of value they want to get rid of place it on the curb for people to take, I've done that quite often myself, either that or I take it to the thrift shop around the corner and donate the stuff there. It's the only place in the city where people can go in and show any means to being on any type of social program and get a free bag of clothes every month.

I can grow flowers all the sudden I master grower. Only my way is the best way and the righteous path.

I too like to Forement division among my fellow man, because not only am I so traumatized but I must also pass that trauma on...

Do what thou wilt.

I started to read some of your posts about the werewolf and cyberpirate contest, but I've been reading others because I find the ethical and political turn you give to the argument very interesting. I don't mean to say that I fully understand where you are going, but it is clear to me, in my context, that there is a logic of power that uses our natural inclinations and weaknesses to keep our freedoms subdued while the whole system grabs at you. And, look, you may even consent to it by believing or indeed acting for what you believe is the greater good.
Let me give you a personal example (please, no pity): a university professor in my country earns about $3 a month. You read correctly: three dollars a month. Not an hour, no. Can that professor exercise free thought? What are the risks of his being corrupted? How does he exercise his profession fully without declining in favor of a slave system? Or worse, how does he avoid being defeated by the manipulation of a system that offers him a few crumbs in exchange for political compliance? How does he avoid abandoning, since in this way he gives university autonomy to those who want to take it over and turn it into an ideological control apparatus? How does he do it when all his avenues of protest fail? It is clear to me that we have an ethical and political conflict linked to poverty. Poverty damages and the power structures know how to use it against us, and it can become a factor for debasement, as much as money or power.
We have there a difficult knot whose equation is not solved in the same way in all contexts. And when there is power over the distribution of poverty, which is not the same as power over the distribution of wealth, our horror stories can be truly horrific.
Note: Sammy and Sid are OK OK.😍 Lovers.

People have been violent for centuries without any assistance whatsoever.

In a certain way, television contributes to violence through constant repetition of direct and indirect messages of violence. In the past it was not television, but word of mouth propaganda. All messages with violent content, which are repeated permanently and penetratingly by enough people, contribute to violence.

So I would argue, there is and was always assistance.

One of the key themes in the television show "The Boys" is that the "Superman" analog is trying to get people to co-operate with them without threatening their lives.

The "truth" of this is also highlighted in the book "POWER versus FORCE".

It seems like people are starting to understand that simply FORCING people to act as de facto slaves is significantly less powerful than "winning hearts and minds".

It seems like people are starting to understand that simply FORCING people to act as de facto slaves is significantly less powerful than "winning hearts and minds".

From my point of view, that is obvious.

I would rather be a happy slave than the one who knows about her slavery. But since curiosity kills the cat, there is no way back into innocence. Life teaches otherwise when one wants to see.

I prefer to absorb unvarnished "reality".

ANIMALFARM
in 13 minutes and 9 seconds,

Although they haven't seemed to realize the inherent flaws in the concept of "cult-of-personality".

Yes, it's a dangerous path to put cult on people. Easily one can become a "Führer".

I partially agree. The system was built for the people by the people. But systems tend to start caring for their selves.
All systems need adjustment of purpose every once in a while

Thank you very much for your great post, good luck and good mood

If I'm hearing this right, 16 USC 3370 makes lawbreakers out of every single one of us. I had no idea. You can't pick a flower in a park without committing a felony. If you hand that flower to someone else, you're both felons. Nice.

"The Law" is basically an broad net that allows ARBITRARY ENFORCEMENT.

Any law that doesn't also provide 100% UNIFORM ENFORCEMENT should be abolished.

Otherwise "The Law" is simply a bludgeon in the hands of the POWERFUL to smash the skulls of the POOR.