Perceiving the nonsense of PCR tests

PCR tests have become the litmus test for determining how much freedom you have in some places. Even without this test, you're freedoms have been suspended in many ways. You only have privileges that the state grants and takes away. Rights are made into an illusion by the state.

The inventor of the PCR tests declared them unreliable to diagnose. But what do we have in 2020? PCR tests being used to diagnose. If you test positive for SARS-CoV-2, you are deemed to be an infected person, an asymptomatic, who is likely spreading the virus through your very existence among others.

PCR tests amplify genetic material and blow it up to make it able to produce a result in a test. You could have trace amounts that don't make you sick or infectious, but that doesn't matter to those who want to quarantine you for testing positive. THe tests also produces a large amount of false positives.

Now, not everyone is treated equally. Sports players for instance recently tested positive then negative after taking the test shortly after. That might not seem like a big deal. But it is, since all 77 people who tested positive one day where tested negative another. 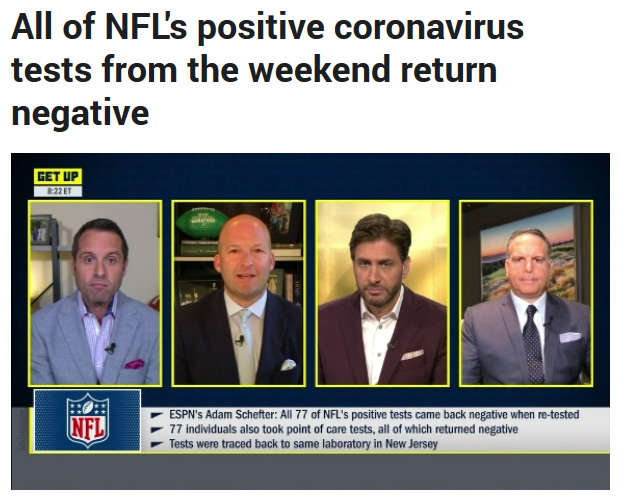 Think about that. They would have all have to be infected on the exact same day and then had no more traces of the virus at exactly the same time for the tests to return negative after positive the first time. Possible? Maybe. Likely? No. It's more proof of the false positive and inaccuracy of using the PCR test.

People test positive, but aren't sick, yet the assumption is that they are, and that they are infectious. It's all a crock of shit. They are only positive for some genetic material, in some amount, possibly small, that isn't even proven to be a virus, nor does that prove they have an illness.

My son-in-law's brother was tested to be able to attend the birth of his first child. He tested positive although not sick at all. The hospital told him he cannot be with his wife during delivery.
They were frantic and he went to another laboratorium. There he tested negative and he was there when his son saw the first light.
So, yes, tests very unreliable.

And yet we have the majority lapping up every reporting of 'cases' like its an accurate datum by which to decide the fate of modern democracy and the fate of the modern western world.

The cage is exposed for those that want to see it. It is surprising and shocking how many have chosen to close their eyes. Even activists... the alternative is to face the fear and recognize it for the control mechanism that it is.

Thank you for replying. I hope it will go away soon. South Africa's recovery rate is now 89%. Our economy is opening up.
Have a great weekend!

A cage indeed, and few want to see it for what it is. Freedom is slavery.

Wow, the tyranny is string in our live snow. All based on bullshit and deception. Good outcome int he end for your relative.

What we need is for someone to do a peer reviewed paper on Covid-19 PCR testing using isolated individuals and daily tests in order to expose the level of false positives and the inaccuracy of the data put in charge of collapsing an economy and ravaging the wealth of the lower classes.

** Edit: Someone reputable and with balls.

Yes that would be great to see :)

What are they really testing for and what do they take from you in the test?

The documentation to back this up from World Health Forum--

The Internet of bodies from our "friends" at the World Economic Forum
http://www3.weforum.org/docs/WEF_IoB_briefing_paper_2020.pdf

Thanks for the supplementary info.

Maybe they'll be to scared to play like the nba. Seems we've been duped by the common cold.