Agroecology as a science to achieve sustainable development 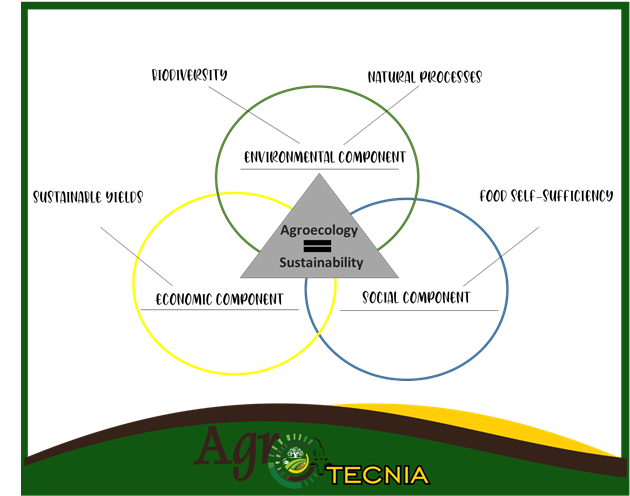 Dear readers, agro-ecosystems were natural spaces that have been intervened by human beings to obtain mainly food; these spaces have been managed under a conventional model where the economic component prevails and sometimes the natural processes that allow achieving a balanced productivity are not respected. As long as this approach continues, it is impossible to increase productivity and solve problems such as: the increased incidence of pests that attack crops and animals, erosion, soil compaction and the loss of biodiversity, just to name a few of the situations that occur in the agricultural sector.


Based on these premises, today agro-ecology is emerging as a scientific discipline to achieve decentralization and food self-sufficiency. Its approach is transdisciplinary, since it emerges from agricultural and ecological needs with the intention of generating a sustainable agricultural design that is adapted to the reality of agricultural producers.


That is why Altieri (2000), described it as a model of environmentally sound, diversified agriculture that does not depend on external resources that are ecologically dangerous. To achieve this, some internal resources of the production unit can be reused, such as the use of bovine manure for the elaboration of liquid and solid fertilizers, the use of plants considered as weeds for cattle feed, crop associations to achieve diversification in the ecosystem, among other alternatives.


In order to implement an agroecological model in production units, the first step is to share the agroecological paradigm with producers, and to identify the limitations and potentialities of the system, from which a sustainable design can be developed where agricultural practices are carried out that allow for the conservation of biodiversity and the optimization of the use of locally available inputs.

For all the above reasons, a brief description of the agroecological practices that can be implemented in an agricultural system will be made below, and from this publication we will begin with a thematic series called "Agroecology and its sustainable practices" where each of the practices mentioned here will be explained in depth.
- Association of crops and polycultures: this seeks to restore the plant diversity of the system, since many agricultural systems are specialized, that is, they establish a single crop on their surfaces (monoculture), bringing as a consequence the depletion of some specific nutrient in the soil, among other situations that may arise.
In the case of livestock farming, associations can be made with herbaceous or shrub legumes, thus improving the quality of the fodder present on the forage surfaces and it is estimated that there is a recycling of nutrients through a symbiotic fixation of atmospheric nitrogen characteristic of these plant species.
On the other hand, creeping herbaceous legume species can also be used as cover crops, as has been implemented in some citrus or oil palms for moisture retention and natural weed control. 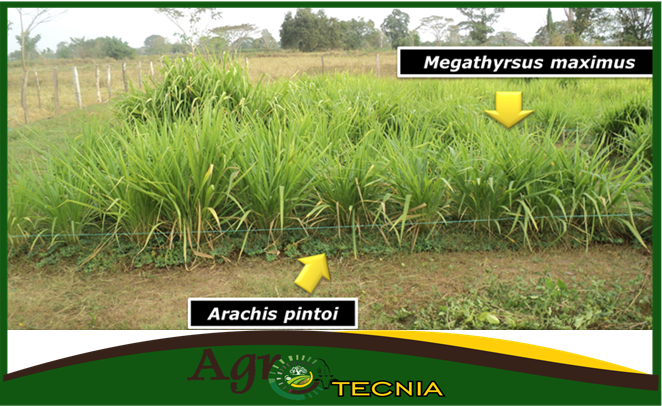 - Agroforestry systems: the incorporation of trees to the ecosystem is beneficial from different points of view, if we refer to the livestock incorporate plant species with bush bearing, can generate an essential microclimate for cattle and thus avoid heat stress in the animals that affects production, as well as recycling of nutrients through the litter and depending on the species the symbiotic incorporation of nitrogen.


On the other hand, from the agricultural point of view, the incorporation of trees can favor the planting of crops such as cocoa, which is an umbrophilic plant that needs shade in the first years. If it is permanent shade, mahogany can be used among other wood species, which will have a double benefit in the long term. 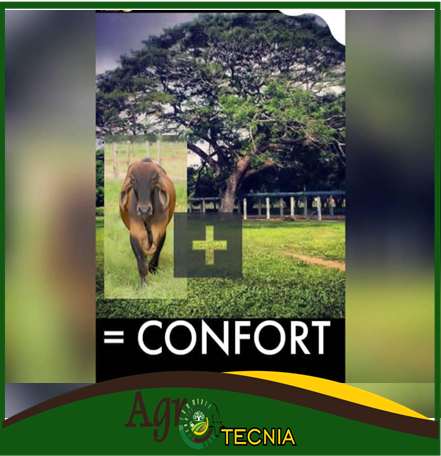 - Use of resources such as manure: cattle manure is a very abundant local resource in cattle areas, but if we do not have cattle we can start to diversify our farms on a small scale including cattle. Solid and liquid organic fertilizers can be made from the manure, and biogas can be generated as renewable energy through biodigesters, excellent alternatives that we will address when appropriate in the thematic series. 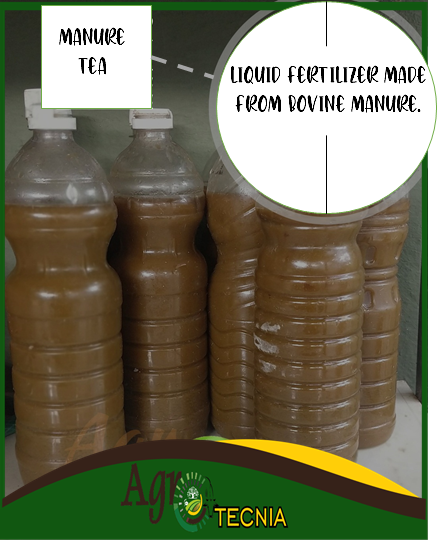 - Crop rotation: is a technique that allows us to maintain the nutritional balance of our soils, avoiding the depletion of some nutritional elements that are absorbed by a specific species. We also manage to break the cycle of some pests, since the idea is to rotate crops from different families that have different nutritional needs and are attacked by different pests. 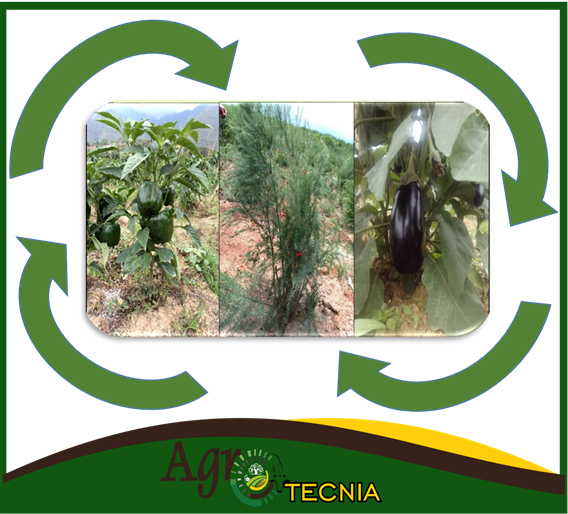 - Biological pest control: use a large amount of biological resources such as fungi, bacteria, natural enemies among other alternatives that allow preventive pest control, thus avoiding the use of indiscriminate pesticides. 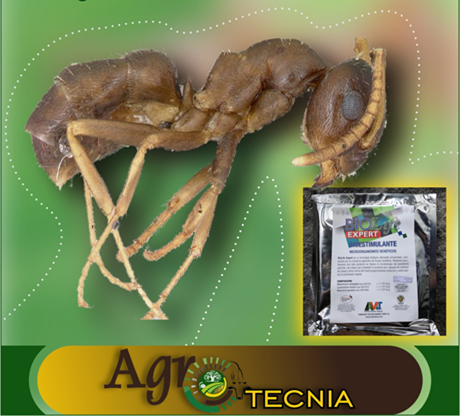 Design made in CorelDRAW by @amestyj and @pinedaocl with own and public domain images Author: April Nobile, 2007

-Minimum or zero tillage: this seeks to avoid the excessive use of tillage for land preparation, as we can implement some alternatives to preserve the soil biota. 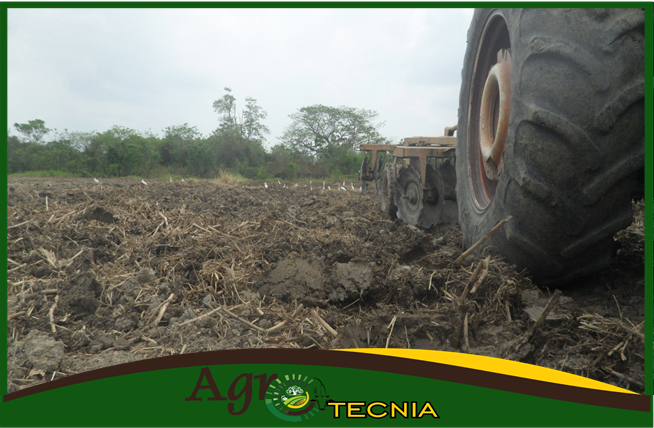 - Integrated management control of weeds or arvens: with this we seek to make an inventory of them through their classification and thus make their management based on the ecological conditions present that favor it and thus reduce but not replace the use of herbicides, applying various control practices gradually. 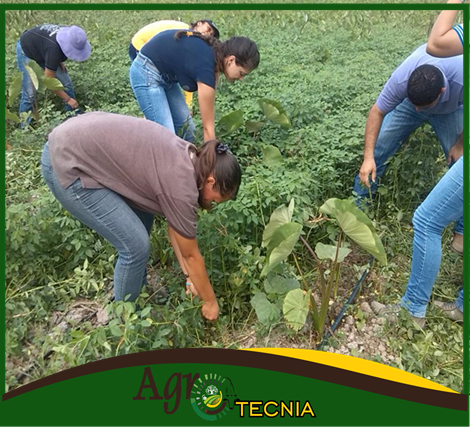 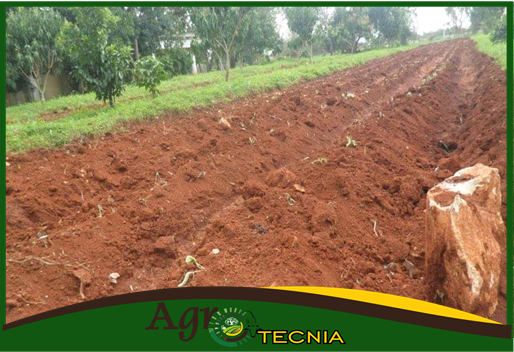 - Plant species that are considered weeds for cattle feed: there are a number of plant species that are considered weeds, because at first glance it seems that they do not perform a productive work in the ecosystem, but there are some of them that can be supplied to fresh or preserved ruminants, as they can provide adequate percentages of nutrients. 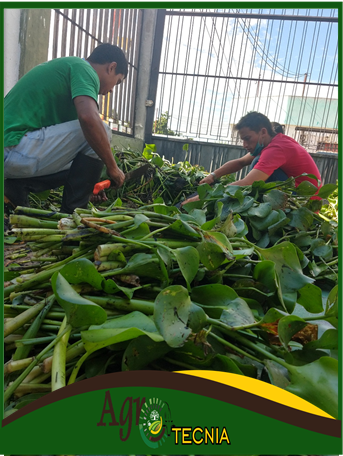 Dear reader, these are just some of the practices that can be implemented in agricultural systems with the aim of integrating the components of the ecosystem and increasing the type of biodiversity that can reinforce sustainability through ecological balance. As mentioned at the beginning, each of these practices will be explained in detail throughout the thematic series, some of which have several aspects that are also expected to be addressed.


At the end of the thematic series, we commit ourselves to present you a practical example of how to elaborate a farm plan and how to establish such practices in a farm that we have already selected. We hope that the material presented will be to your liking, and that you will continue with us in this interesting agricultural world.

From agrotecnia we reiterate our gratitude to our followers and all communities that value our agricultural content, this commits us to continue sharing quality information with all the hive.
THE FIELD DOES NOT STOP

great post @ amestyj.. i want to ask, where you do get your information from? Do you write this all or do you copy from different places? I notice there no references.. cheers!

Greetings dear friend, if I tend to use references, in this opportunity I made one as you can see in the introduction, pointing out the point of view of one of the parents of agroecology Miguel Altieri, the rest was an own writing as part of the experience I have had in several years.

As for the photographs are own, since I work in field and made experimental investigations, the contributions are own of the experience as field technician and university professor, I am Master in agroecology and endogenous development and agricultural engineer.

I make reference to my professional area, without the intention of being self-centered, just to corroborate that I am not plagiarizing, in the rest of my thematic series will be described and explained each practice here indicated.

I am pleased that you find the information interesting. I decided to publish it in your community because I observed that you support content concerning practices that respect natural processes, in my case it would be focused on agriculture.

Greetings and thanks for your support!

Greetings, thank you very much for the confidence and the value you give to my content, I hope it is really of great benefit !

It is gratifying to see my publication among those selected for this week, I already had the opportunity to review it and there is a lot of valuable content. Thank you for the trust and support

Greetings my dear friend, @jlufer, thanks again for this great visit to my blog, I hope that all the information provided can be very useful for all hive readers.

I hope at some point that any of the points I make through my articles, may be useful for you in your garden.

See you later my friend, blessings for you and your family, I give you a big hug !

$0.00
Reply
[-]
rbalzan79 (73) 2 years ago
Greetings friend @amestyj, extraordinary analysis that you carry out in this opportunity the same one related to the essential sustainable development in agro-ecosystems, and we know that at present a great imbalance exists on the matter, of there the important thing of your valuable opinion on the matter, where you share important aspects to take in account, thanks for so valuable contribution. Successes friend and many blessings for you and your family.
$0.00
Reply
[-]
amestyj (71) 2 years ago

Greetings dear friend @rbalzan79, thank you for the assessment you give to my article, without any doubt agroecology is an alternative that allows us to produce food, respecting natural processes and taking advantage of local resources.

There are innumerable agroecological practices, there I presented some of those that we have had the opportunity to implement in experimental trials and production units.

See you later dear friend, blessings for you and your family a hug !