costanza (71)in Splinterlands • 5 months ago

One of the cards that I own but have never used yet is highlighted in the Share Your Battle Challenge this week. This is the Grim reaper!

The Grim Reaper is a reward card and I have been collecting it leveling it up ever since it was released needing 3 more cards to get it to level 5 (which is my personal maximum level). I honestly have never used this card before since I see very few situations where it is optimal. I guess when the game rule is that no sneak or snipe is allowed with the opponent is likely to be playing a Lord Arianthus, the Level 5+ Grim Reaper might be a match-winning card. 4 Health for 6 mana is just way too vulnerable for this card to be any good.

I played the match with the Grim Reaper on the 2nd accounts since I'm still fighting for a top 30 spot with my main account not willing to screw that up by having to play sub-optimal. The game rules no Armor and Melee attack allowed from any position, I opened with the Golden Furious Chicken to absorb some initial damage. My real 1st-place tank was the Haunted Spirit followed by the Sand Worm to do some serious Sneak damage since it can't be blocked by armor. I included the Fallen Specter to completely silence the opponent in case too many melee cards were played. Both the Grim Reaper and Twisted Jester are a good backline to do some serious damage and possibly prevent the opponent to heal. 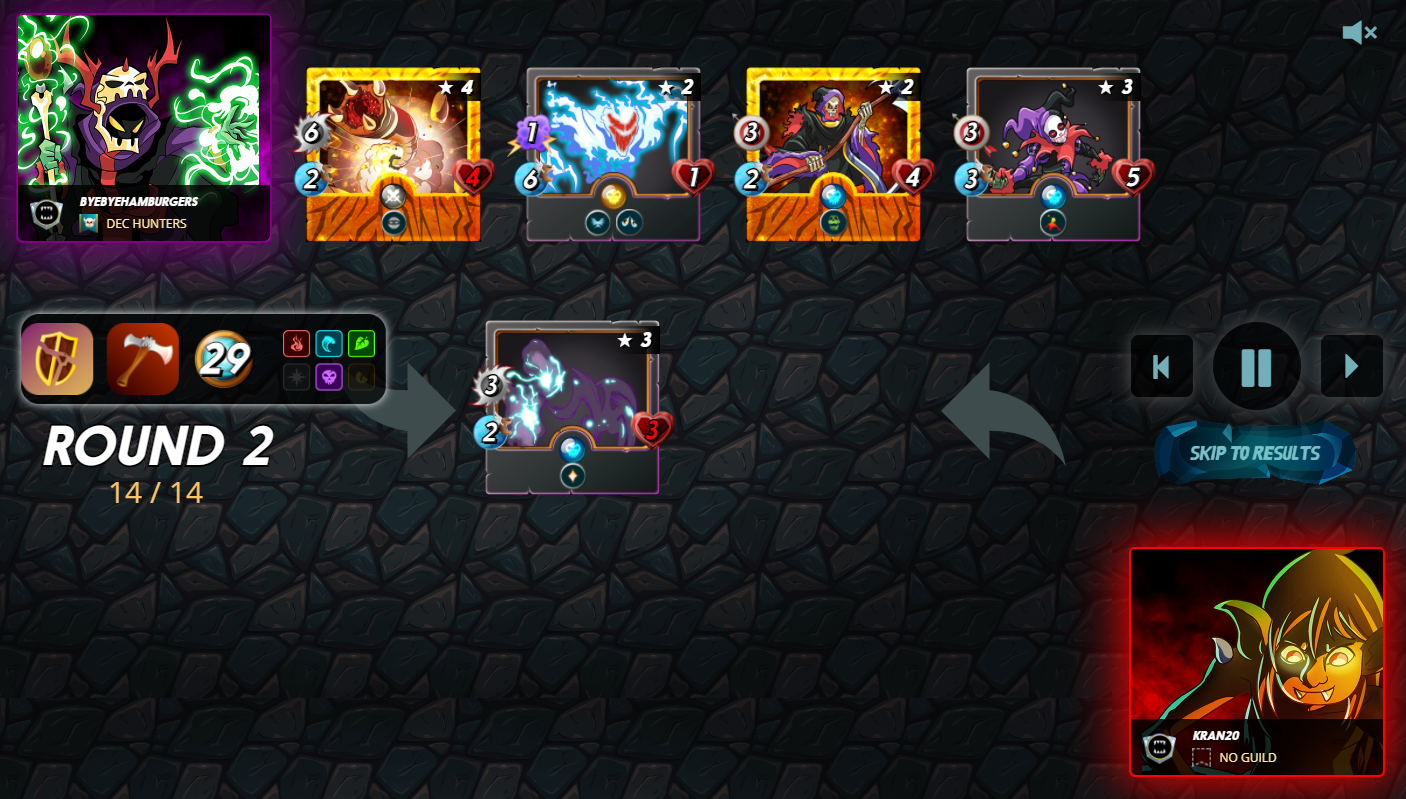 It turned out into an easy win against a low-level opponent which I guess have gotten used to. Even though I like most games to be a close call, I guess in reality this will never really be the case especially when sticking to a lower league to fight for the League leaderboard. right now it's roughly 1 in 8 matches where you really can make a difference outplaying an opponent with a couple of those being won or lost making an entire season unless you are really willing to grind it out with a crazy amount of games.

I continue to play the game and offer a win-win sign-up deal in 2021 for everyone that starts out with the game using my Referral Link. I updated what I'm offering recently see Full Sign-Up Deal and I will keep this in place normally during the entire year. To see what can be expected in terms of earnings from the Splinterlands game, check my detailed monthly earnings reports... I also made a complete guide on how to go about things as a new player to have the best chance to reach these kinds of monthly earnings from the game in 2021. See How To Earn 100$+ Monthly (Complete Guide)