costanza (71)in Splinterlands • 5 months ago

This week a beta set card from the Earth Summoner is highlighted in the Share Your Battle Challenge. This is the StoneSpitter Orc!

The Stonesplitter Orc is a card I have at level 4 but I never ever use it as there are so few scenarios where it really fits in the narrative. I have been looking for an Earth summoner card with Armor to make use of the repair ability of the Centauri Mage. The conflict there is that the Stonesplitter Orc is very vulnerable to Magic Damage with only 5 health for 6 mana. So only when Game rules don't allow magic attack monsters to be played it is viable making it impossible to combine with the Centauri Mage. 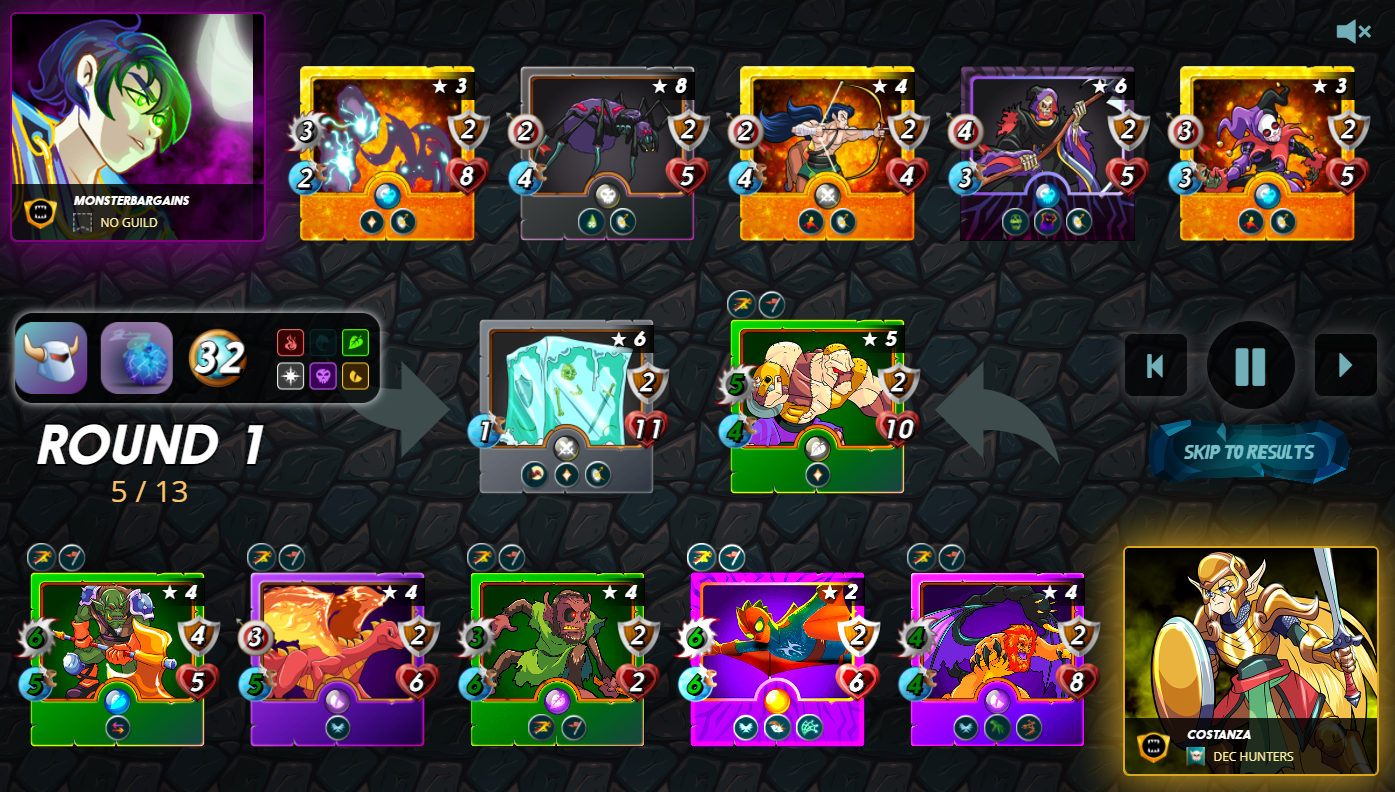 The game rules did not allow magic damage and gave all monsters 2 extra armor. I played nearly exclusively Melee cards buffing them with 2 extra Attack from the Daria Dragonscale Summoner and the Brownie which also gave all cards extra speed. The Flesh Golem has some self-healing followed by the Manticore having reach and the Dragon Jumper which had the opportunity ability. The Fire Spitter gave some solid ranged damage and I put the Stonesplitter Orc last with the idea that it possibly do some retaliate damage on sneak monsters from the opponent. I got quite lucky not to be affected by the Magic reflect ability from the opponent his summoner and the fact that he played 4 Ranged attack cards which could not attack from the first position. 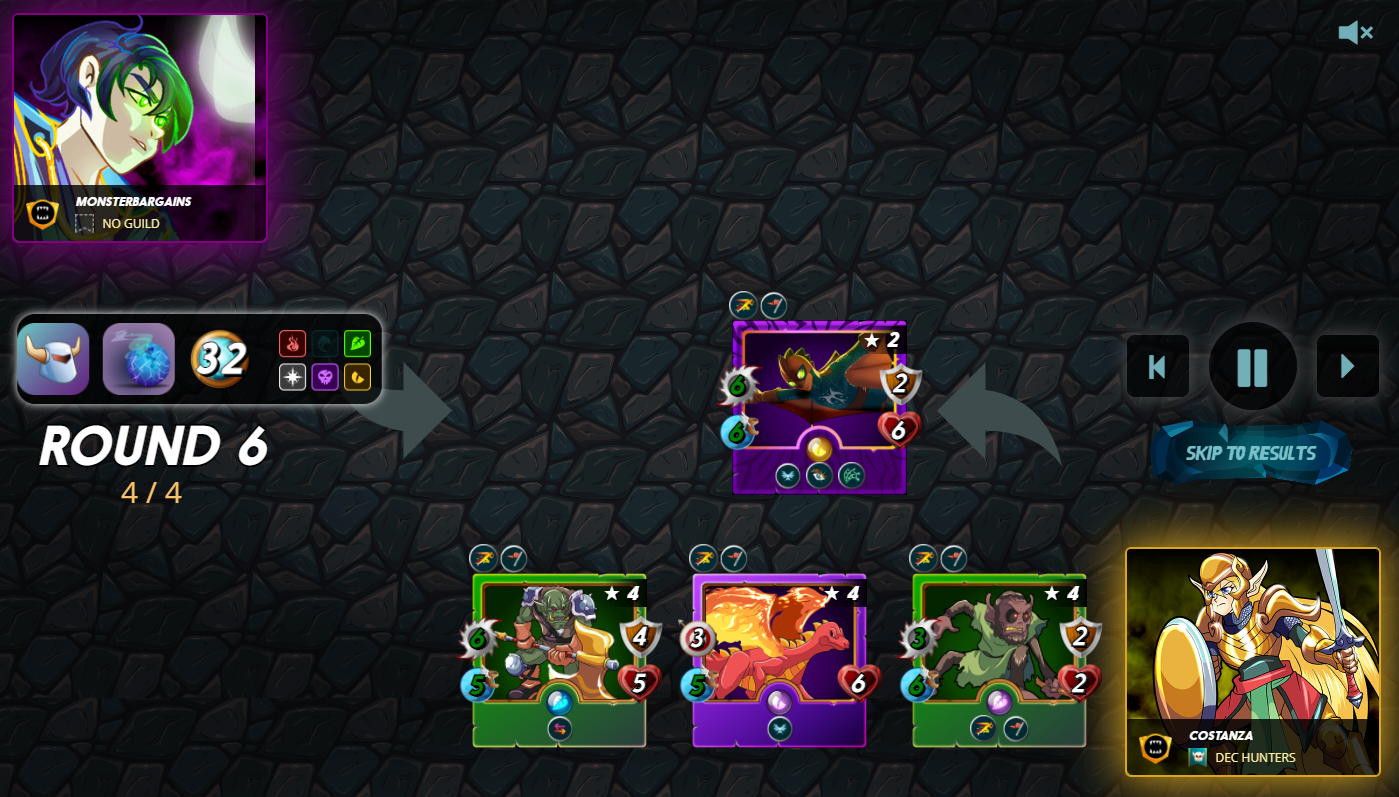 I continue to play the game and offer a win-win sign-up deal in 2021 for everyone that starts out with the game using my Referral Link. I updated what I'm offering recently see Full Sign-Up Deal and I will keep this in place normally during the entire year. To see what can be expected in terms of earnings from the Splinterlands game, check my detailed monthly earnings reports... I also made a complete guide on how to go about things as a new player to have the best chance to reach these kinds of monthly earnings from the game in 2021. See How To Earn 100$+ Monthly (Complete Guide)

Looks like quite a fight, I like the orc quite a bit, depends on the rules though.