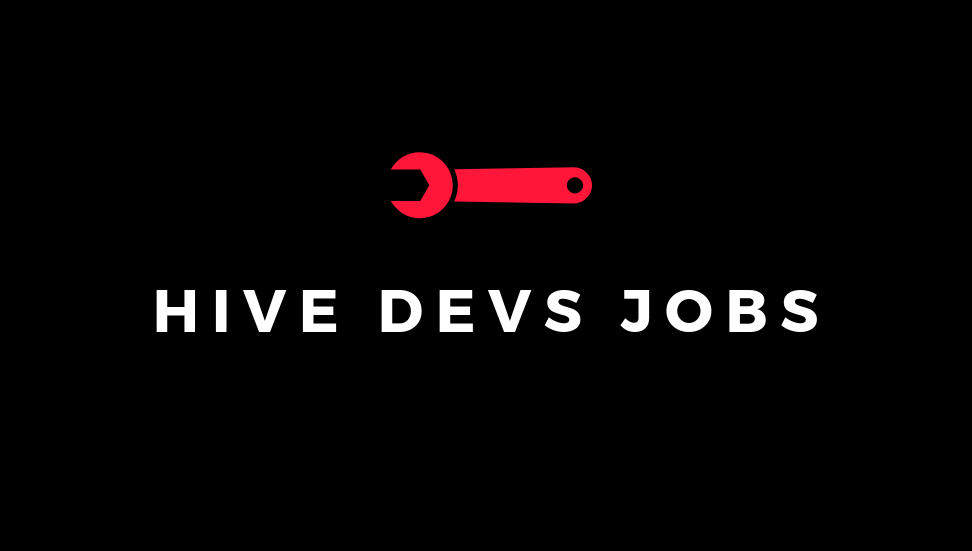 TL;DR: If you are a developer seeking work please go to https://guiltyparties.com/dev-jobs-portal/ and fill out the form. I will be in touch as suitable opportunities arise.

There are a lot of Hive-based projects, both existing and new, looking for developers. These projects are all different. They have different goals, different designs, different functionalities. Some are frontends, some are NFT dapps, some are bots and scripts that run in the background.

Hive is potentially a great indirect employer for developers and other IT professionals all over the world. No dapp or project on Hive ever discriminated against developers based on their education, certifications or geographical location; these same parameters are used to reject competent applicants that are missing a tick in the box in the corporate world. Those who wish to work in the Hive ecosystem are given a chance to learn and grow the skills they enter with. Most projects that are looking to hire are more open to have someone who wants to increase their skill join them as long as they are an open-minded and sincere individual than to have someone with a twenty year career but no genuine interest.

It's very common for individuals developing at startups, particularly in the cryptosphere, to have short stints on projects. The project fails, the company shuts down, there is a rug-pull, loss of investment, and so on. On Hive, even if the individual project fails, the underlying technology and ecosystem remain the same. Developers can transition to other projects or start their own once they get a foothold in the community. There is no need to re-learn or to go through drawn-out hiring competitions for positions that fail to exist within a few months.

The general misconception that some still believe is that Hive-based projects are paying less than others. This is untrue. Hourly wages range from $20 to over $100 on average for the most part. Anyone who tries to convince a developer to work for upvotes doesn't fare well. The remuneration is based on what the project can afford and its general budget, not on the location of the developer. I've never seen a project offer $20 to a developer from Nigeria and $80 to a developer from the Netherlands for the same exact job -- a common practice in the corporate world.

Those projects that know me and ask me for connections to developers know that any attempt at lowballing rates gets them nowhere. Ever since the inception of Hive in 2020, these lowball type attempts all but vanished. Projects have more confidence in Hive and invest more. Decentralization is synonymous with stability.

There are times where shit hits the fan and you have to come through for your project, team and sometimes even for the rest of Hive. If you're that kind of person, then I can guarantee there's a place for you somewhere within the ecosystem. Your location, age, gender or any other form of identity don't matter. Even the language you speak doesn't matter all that much; Hive is so diverse that there's bound to be a team that speaks your native language or dialect that's looking for a developer. That level of organic diversity is another core strength of Hive.

The Hive Devs Jobs Portal isn't a service that only benefits developers. It's meant to be a two-way street that equally supports new and existing Hive-based dapps and projects.

It works in a very simple way. Those who need developers send me a direct message on Discord preferably and let me know about the position they're trying to fill. If I have someone on the list that's a good fit in terms of experience, language and rates then I'll put them in contact. If I don't, I'll keep an eye out until a suitable developer comes along. The founder or their team engage with the developer in a two-way interview after the initial connection is made.

No one wants to end up with a developer that screws their project. If one project fired a developer or had a developer breach trust in any way, most of the time I'll be the first one to know about it. This isn't that common but it does happen everywhere. Just because we're the Hive ecosystem and seek to do good, we must still watch our backs. Since user account keys and other information that's personal to Hive users is often involved when it comes to dapps, it's important to ensure that those who have access to it or can get access by leveraging their position are normal, honest individuals.

There have been large scale compromises of projects and dapps over the years. There have also been numerous cases of developers lying about their credentials and accepting payments without doing their jobs. The later is sometimes the direct result of incompatibility within teams. The former is blatantly criminal. All in all, it's always best to simply send over a message to myself and double-check if the person you're attempting to hire is known and if they are, if they're known for something no one should be known for.

In no particular order this may answer some of the most common questions:

Good to have a Hive Job Portal.
It will be great to go Quadratic Funding like Gitcoin (Ethereum Blockchain) & Pomelo (EOS Blockchain) for Hive Public Good Funding.

Etf is pomelo thats an eos proposal system or what? @telosnetwork let nearly $300,000 pass through my account bro lol

Theyre ready to work with HIVE in every way

This is our dpos eosio destiny

It was never steem and eos

It was hive and telos

Does Telos have grants for developers and supporters? What is it?

Message me directly on Discord or Telegram sometime. You have a lot of Telos/Hive related ideas and you know we have a partnership now. Ideas always welcome.

yes i know haha once my testcile pain subsides ina few weeks i can concentrate lol it sucks, always check ur toilet seat cover is up before sitting down lol

Sorry to hear about your condition. The partnership is actually the result of the Telos team reaching out to Hive but your vocal support helped. We'll talk then.

We already have that with the hive proposal system.

I'll have to look into these, thanks.

If you weren't a reward farmer and dickhead, I'd join.

If you want to DM me on Discord and send me what you've got I can keep in mind if I come across anything relevant.

I will do just that... I’ve got developer friends though can I pass on to them also?

Yes, that would be much appreciated.

A truly awesome initiative, respect. I hope that many devs will contribute to many present and future #hive dapps.

Congratulations @guiltyparties! Your post has been a top performer on the Hive blockchain and you have been rewarded with the following badge:

This is very helpful

I make Esports and Gaming Videos - God I'd LOVE to make videos for Hive!

Mind DM'ing me on Discord?

This jobs portal should also include biz dev jobs like marketing and outreach etc. Developing won't work out if people don't use a product. Products like hive.blog, ecency and peakd are stable enough that there isn't much development needed in these.

What is needed is improving UX so that it is much easier for new users to get onboard. And yes, other products definitely need a lot more development.

No, but the Skills Matrix will be making a comeback once I figure out the logistics of it. That's more in line with what you're thinking.

I would like some help creating the Hive dapp of my dreams, will this help me?

To use this service you need to have a solid plan for what you're building. If that's the case then yes.

I have an idea, but I do not have hands on to build on HIVE because the technologies I work are different than what is needed. Do we have a portal where we have details about what all technologies can be used to build on HIVE ? I work on Java but I know, there was a java library built long back ago and now obsolete.